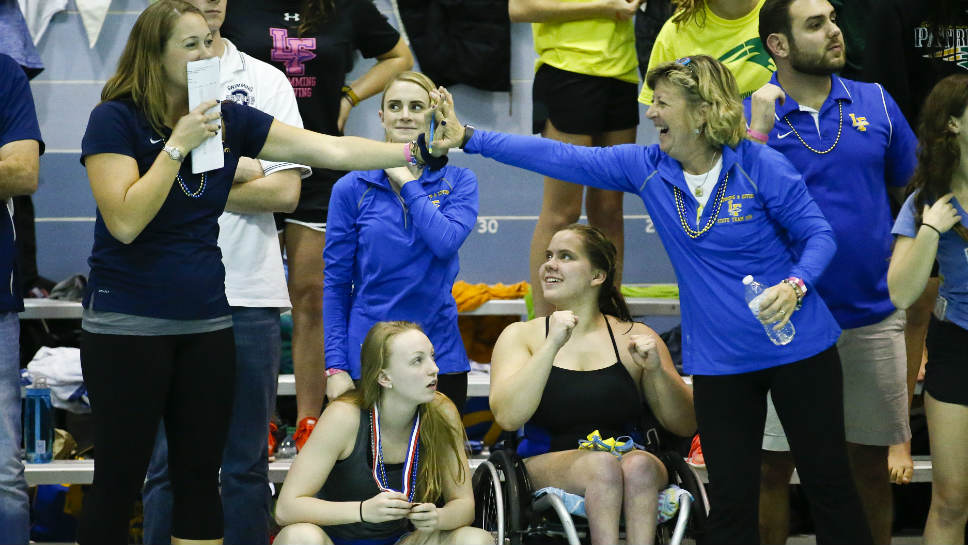 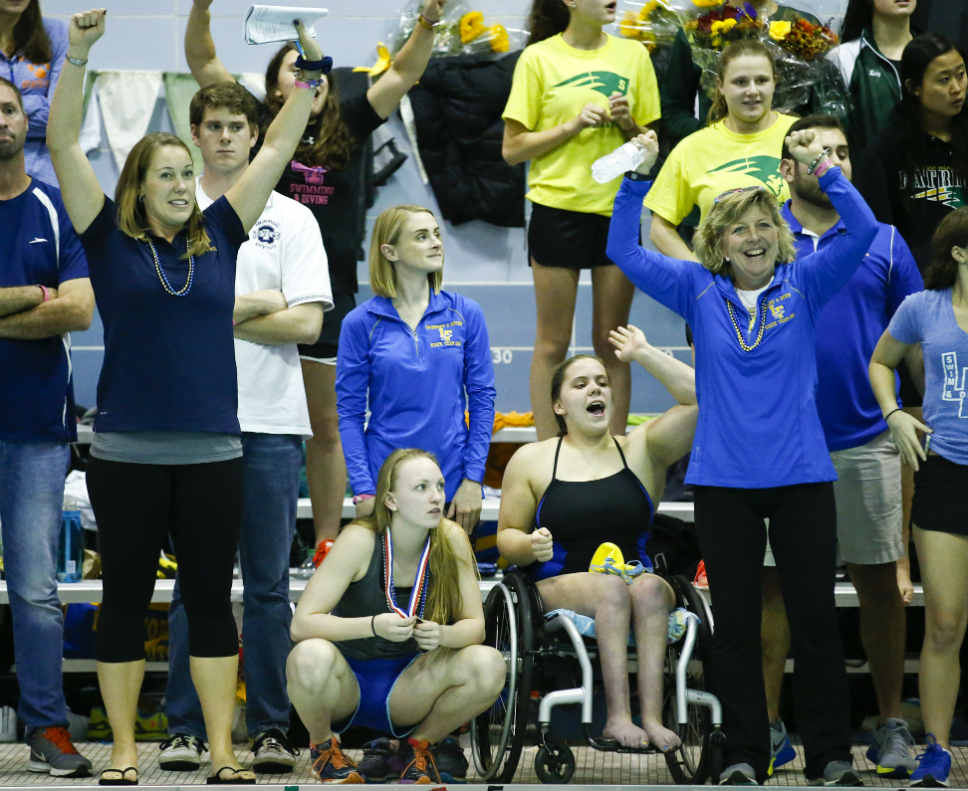 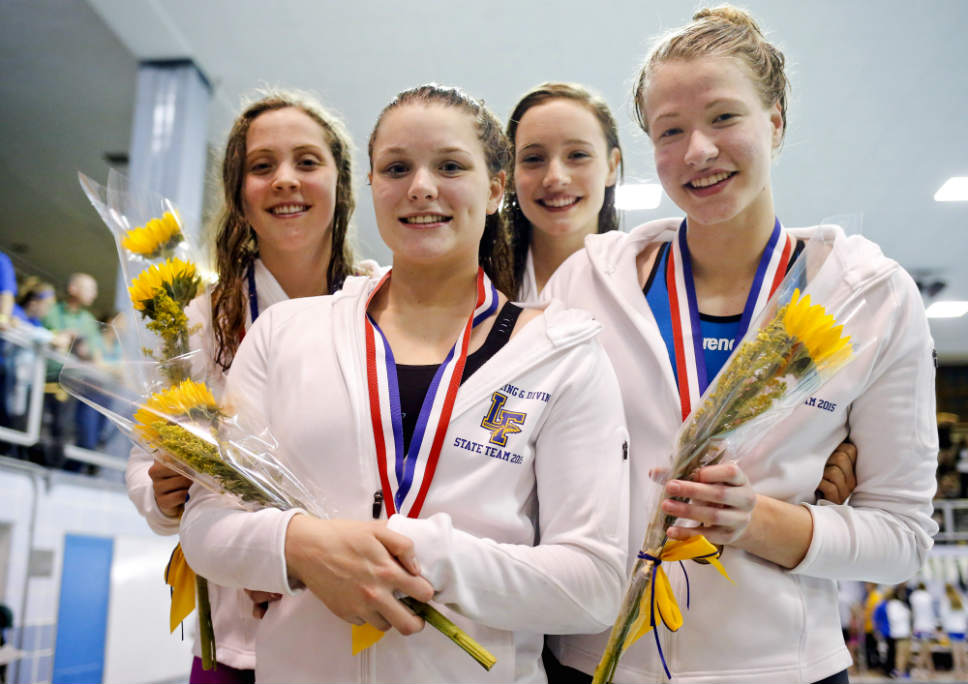 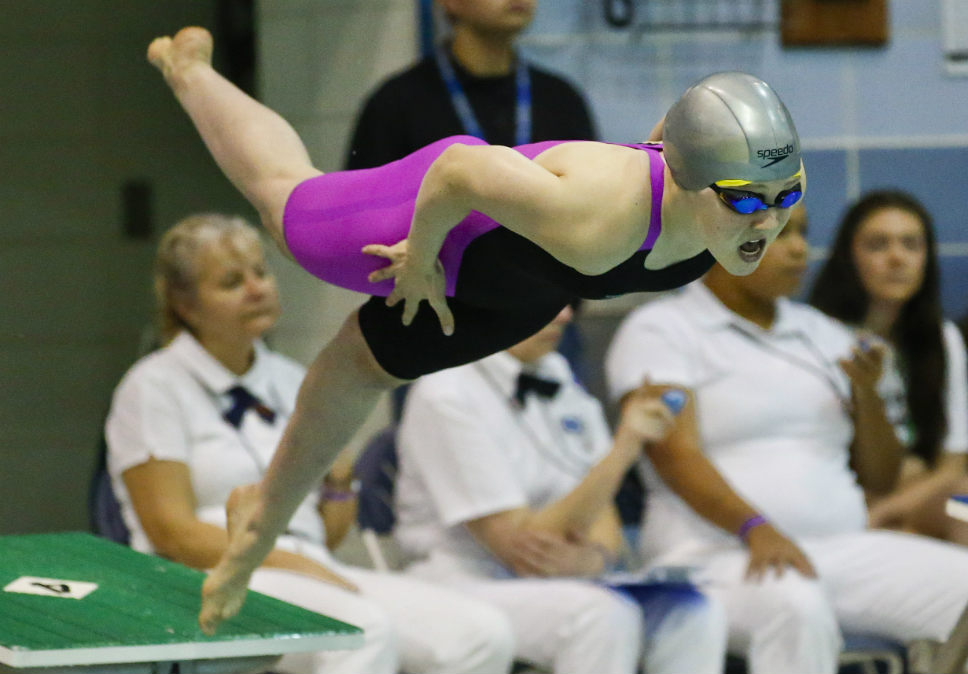 LF’s Reilly Lanigan blasts off the starting block in the 500 free. 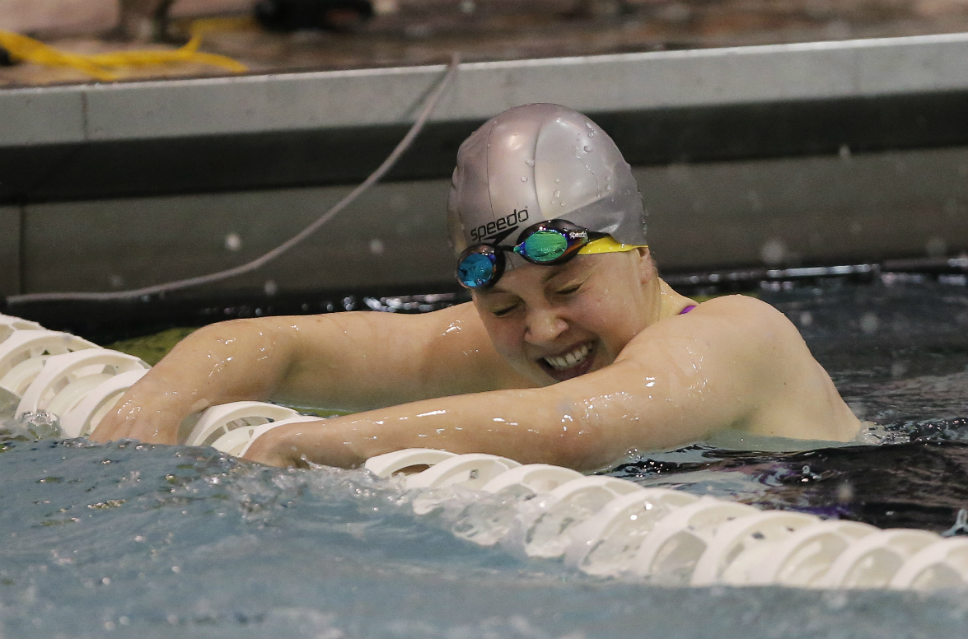 Lanigan reacts after taking runner-up honors in the 500 free. 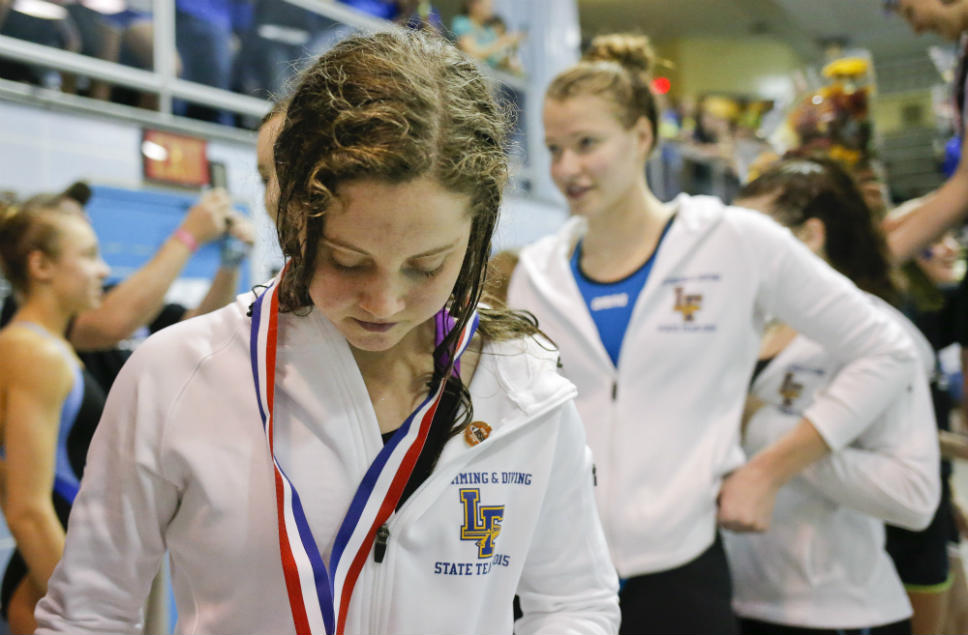 Daria Pyshnenko of the Scouts reacts to her first-place finish in the 100 freestyle. 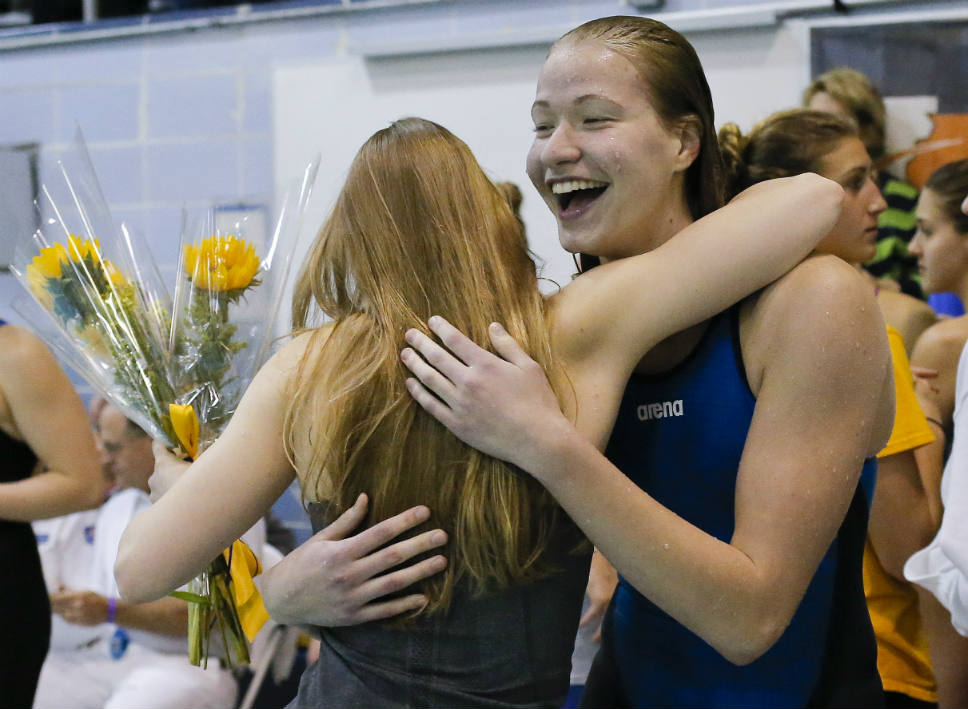 Daria Pyshnenko gets flowers and a hug after her 100 free victory. 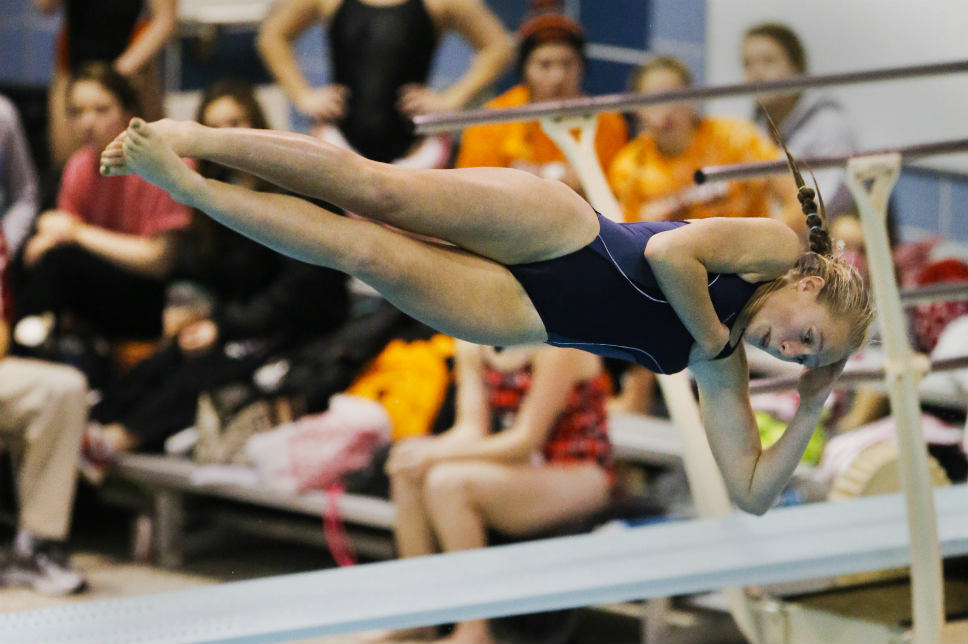 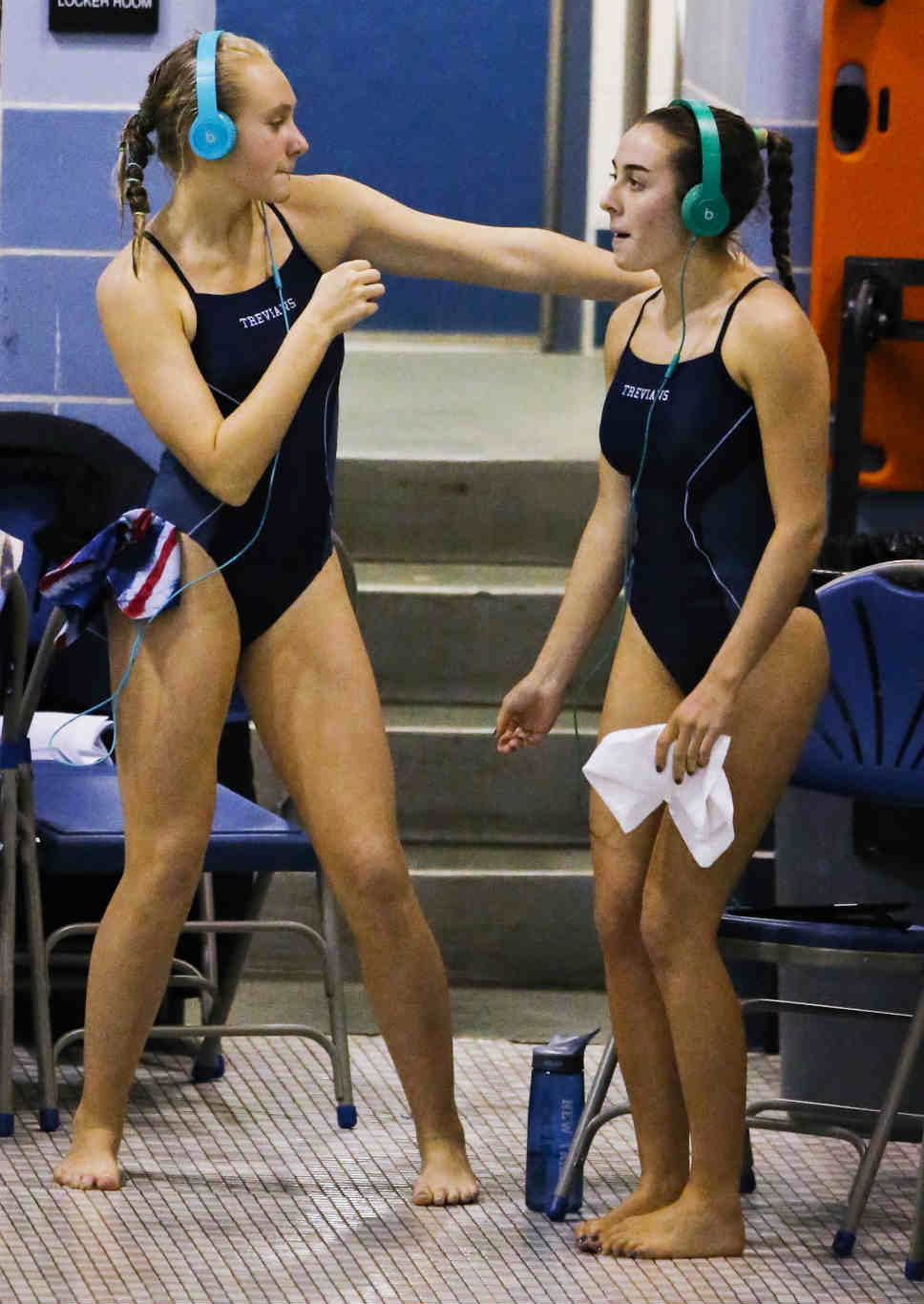 Creed and teammate Sophie Conley rock out prior to their dives. 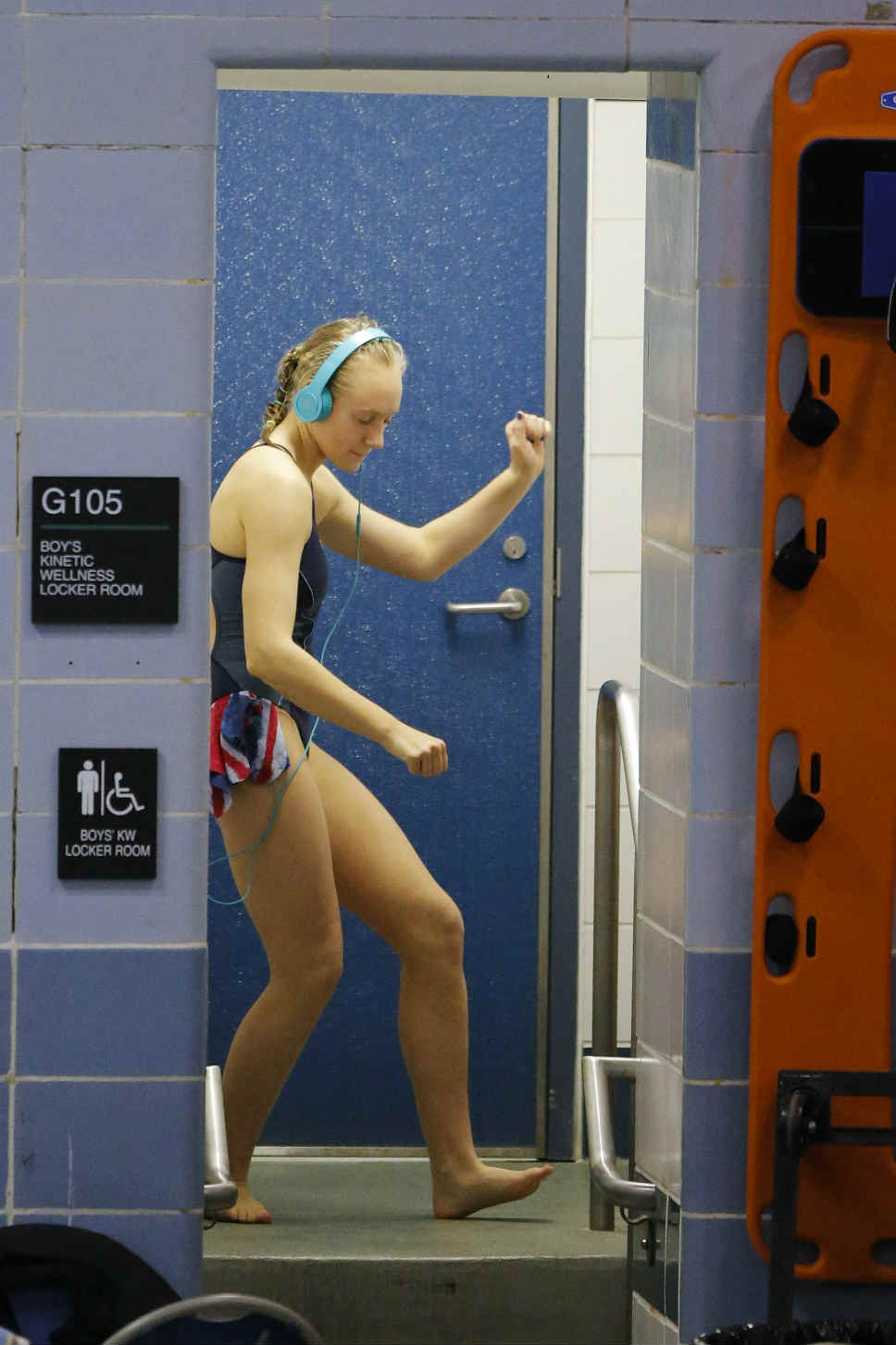 Jessie Creed with her headphones. 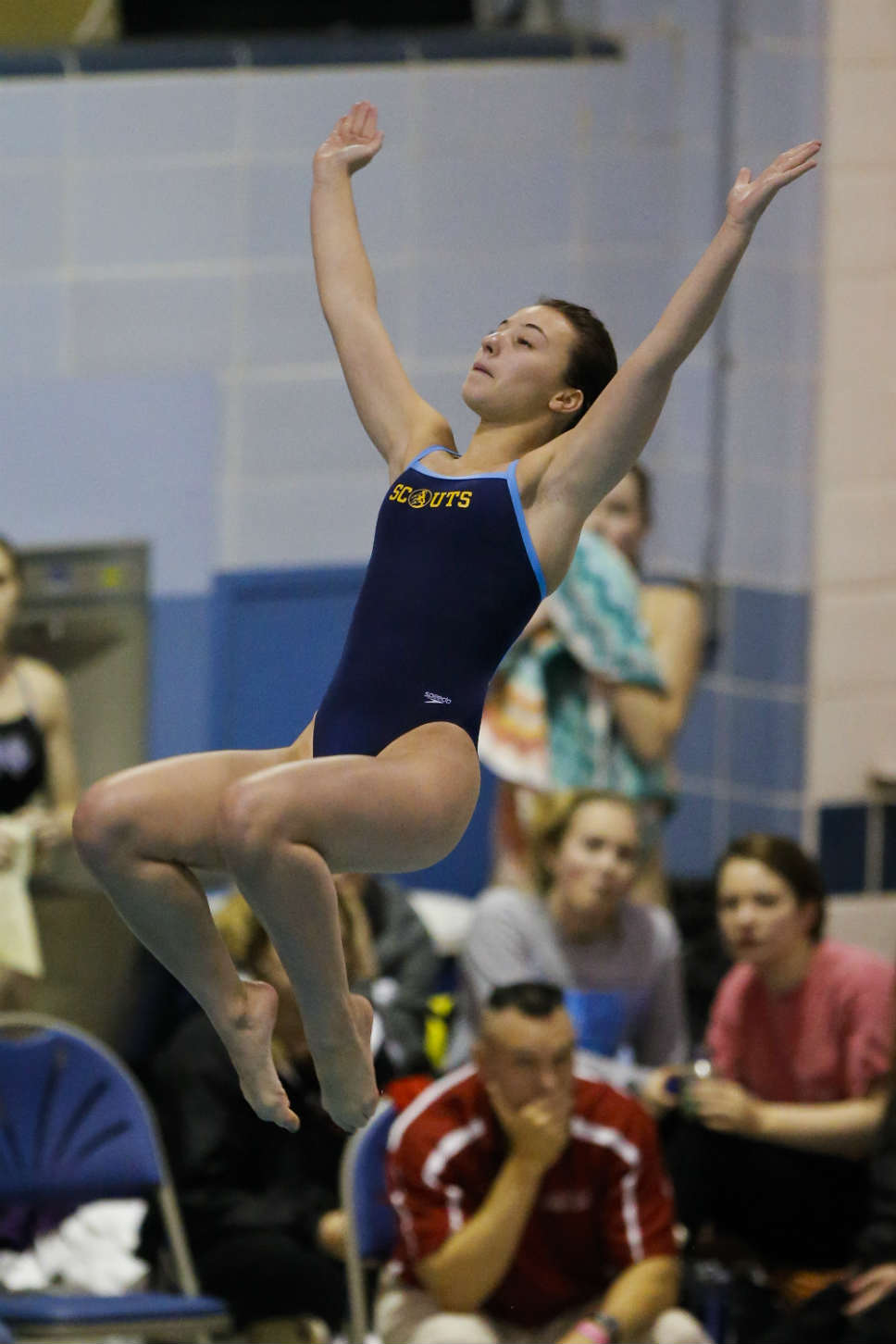 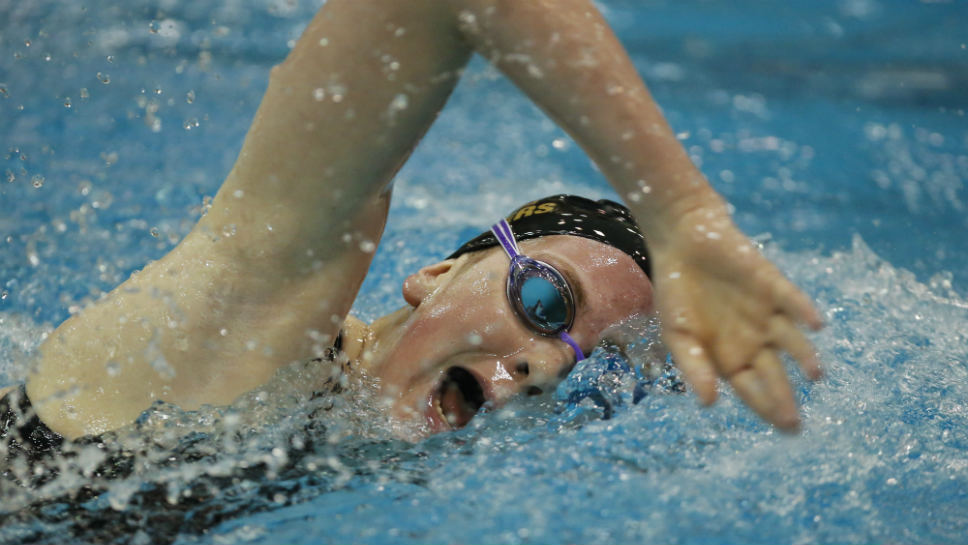 Loyola Academy’s Ella Tierney swims the 200 free. She tied for third. She also tied for in the 500 free. 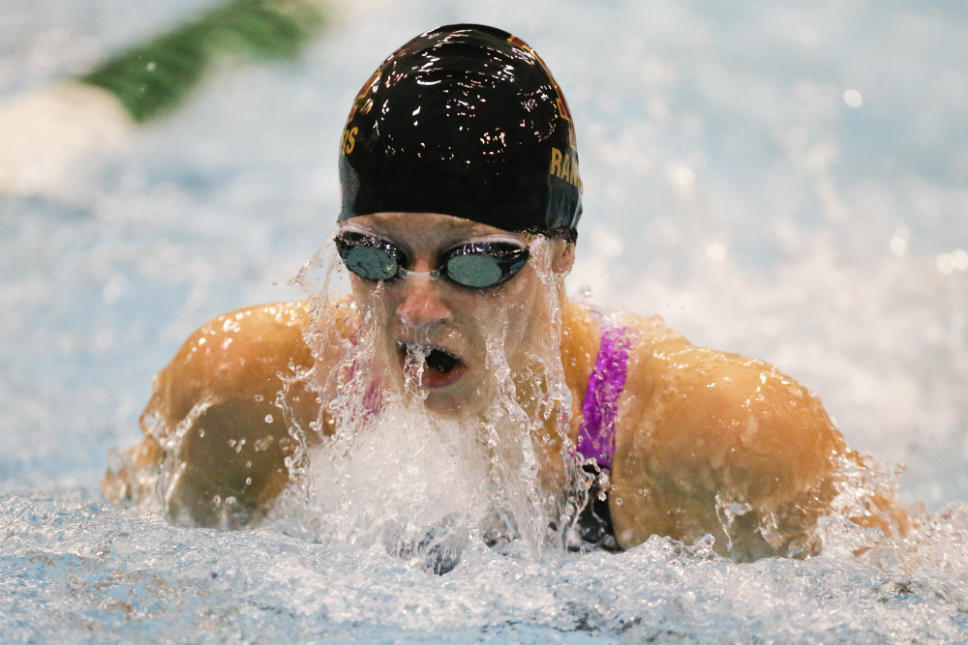 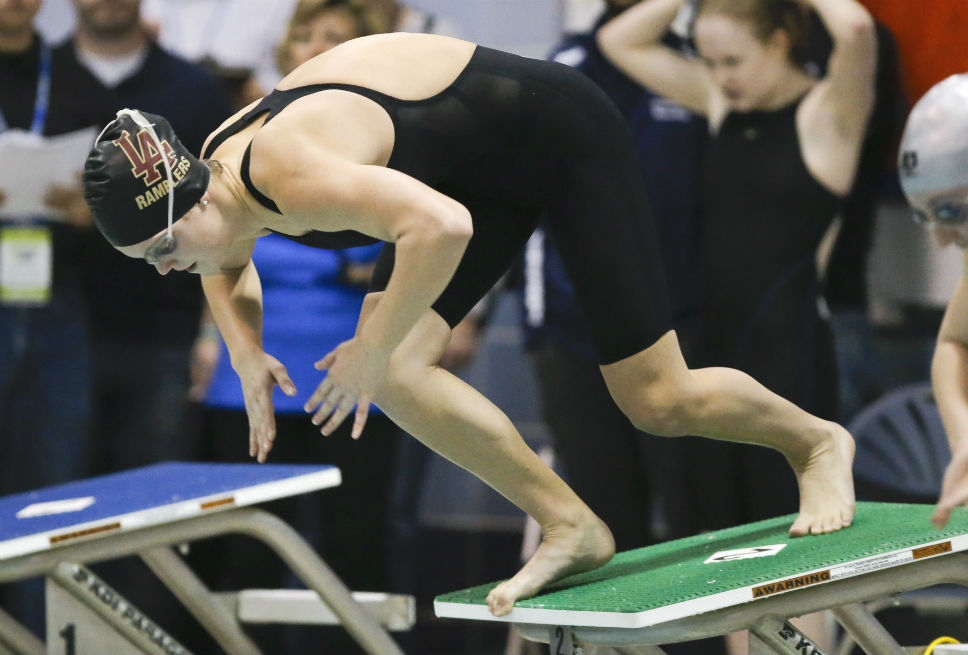 Olivia Andrews of the Ramblers contends in the 100 free. 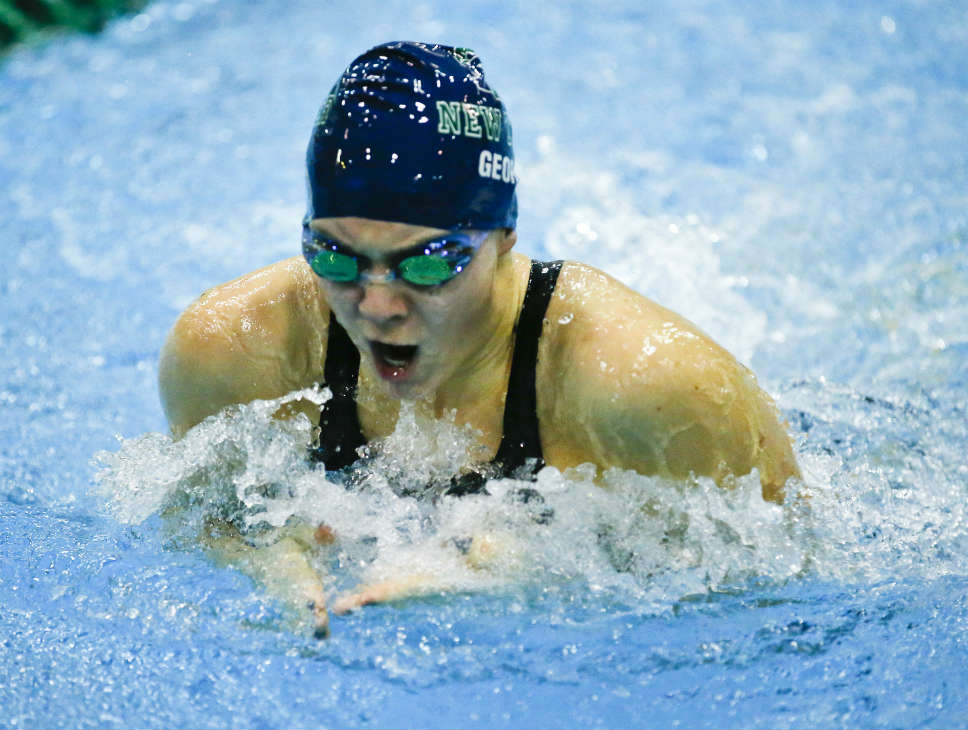 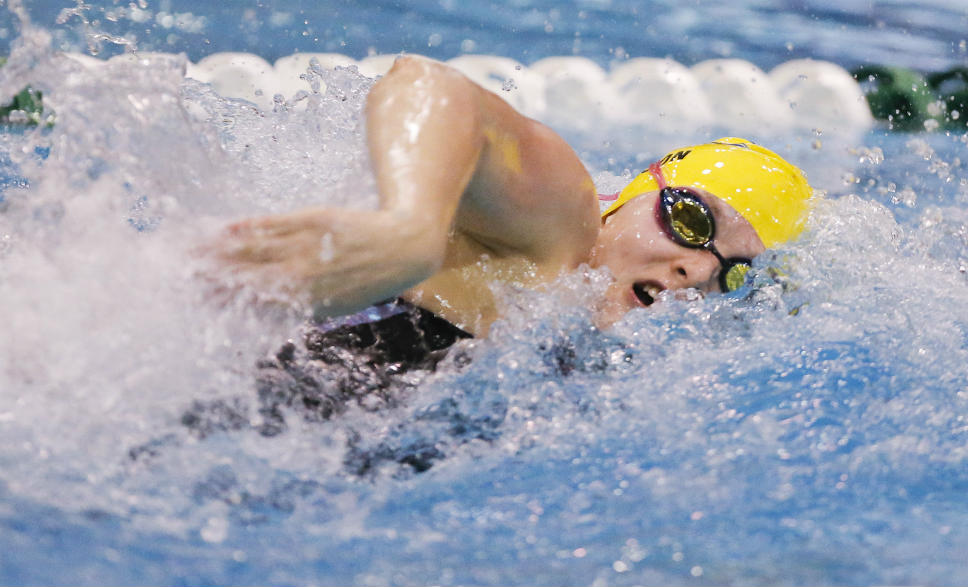 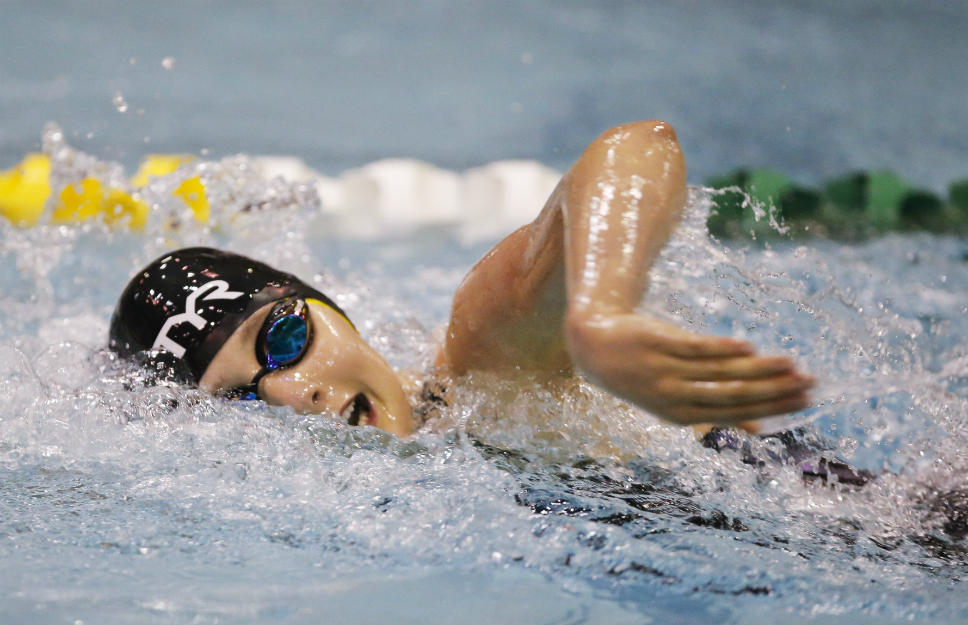 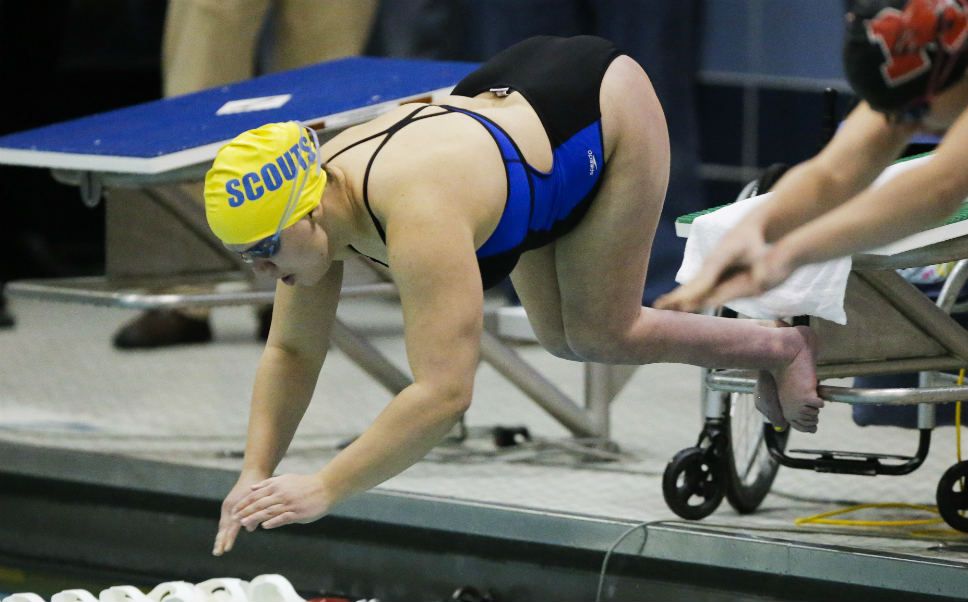 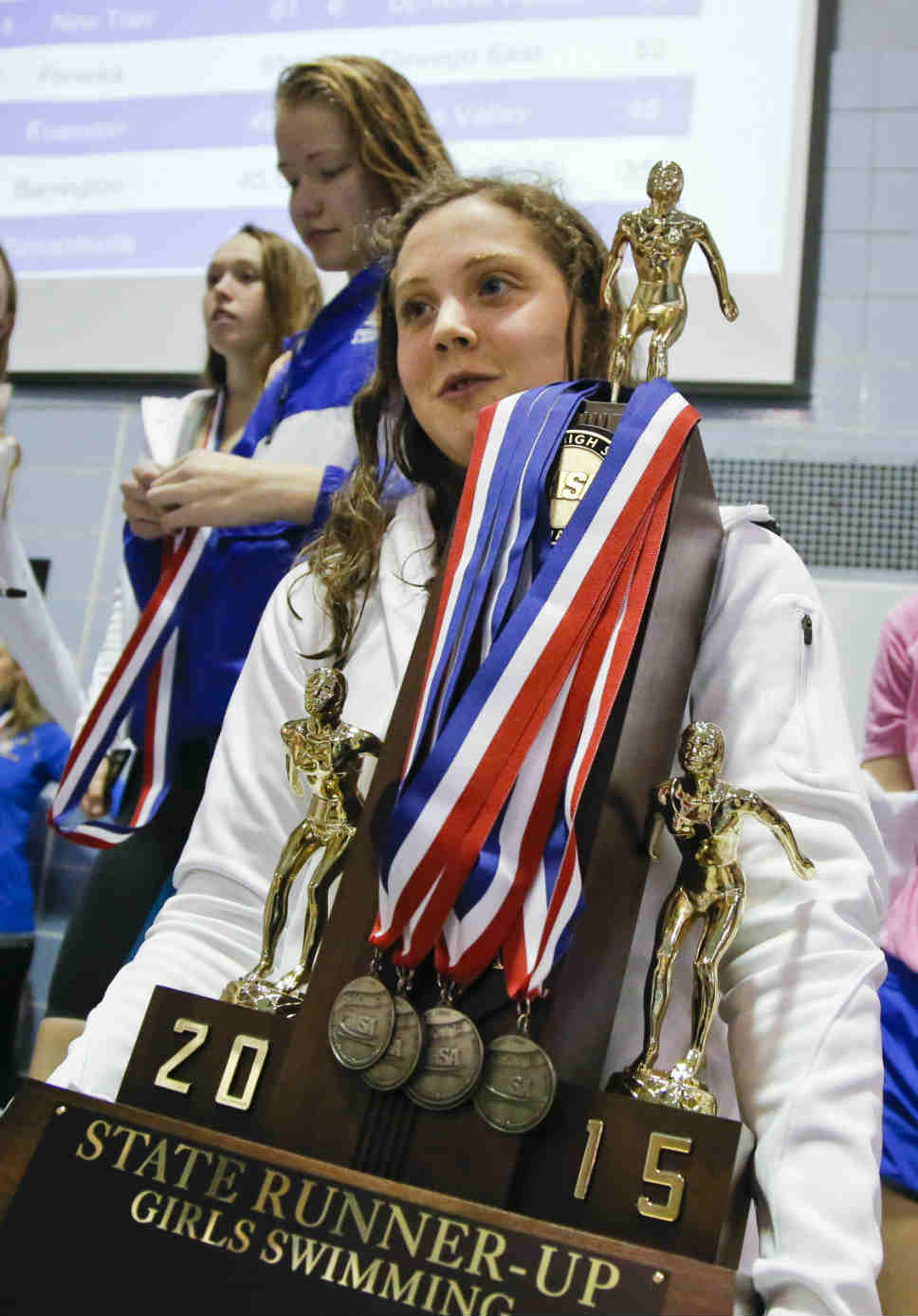 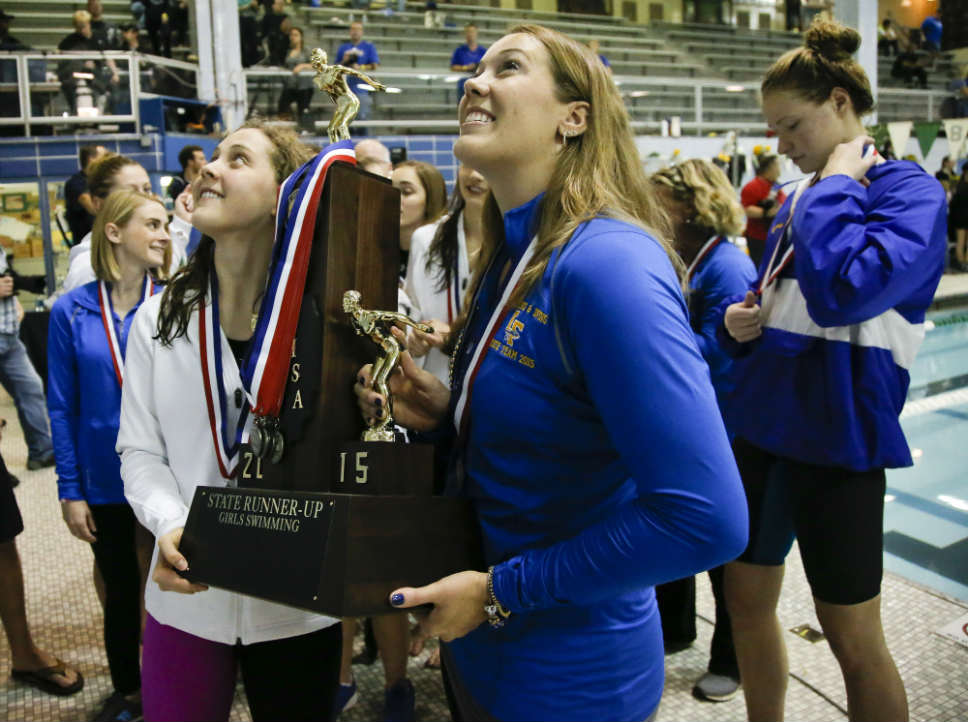