Following its 24-22 victory over host Palatine, Loyola Academy’s football team will be heading to the Class 8A state final in DeKalb on Nov. 28. Photographer Jon Durr caught the semifinal action. 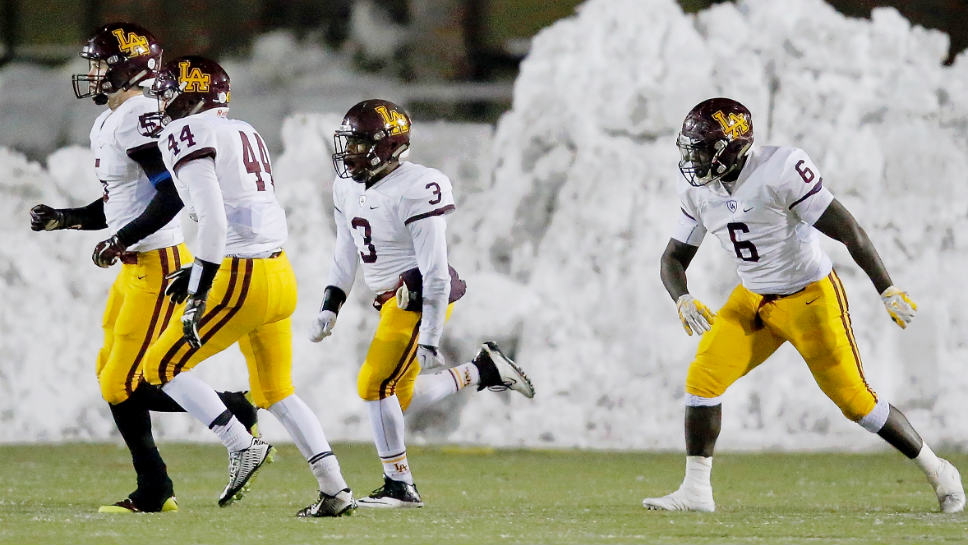 After intercepting a pass at the Loyola 2-yard line in the third quarter, Sam Taylor (No. 3) celebrates the turnover with Bobby Desherow (No. 4), Frank Doherty (No. 44) and Justin Somuah (No. 6). 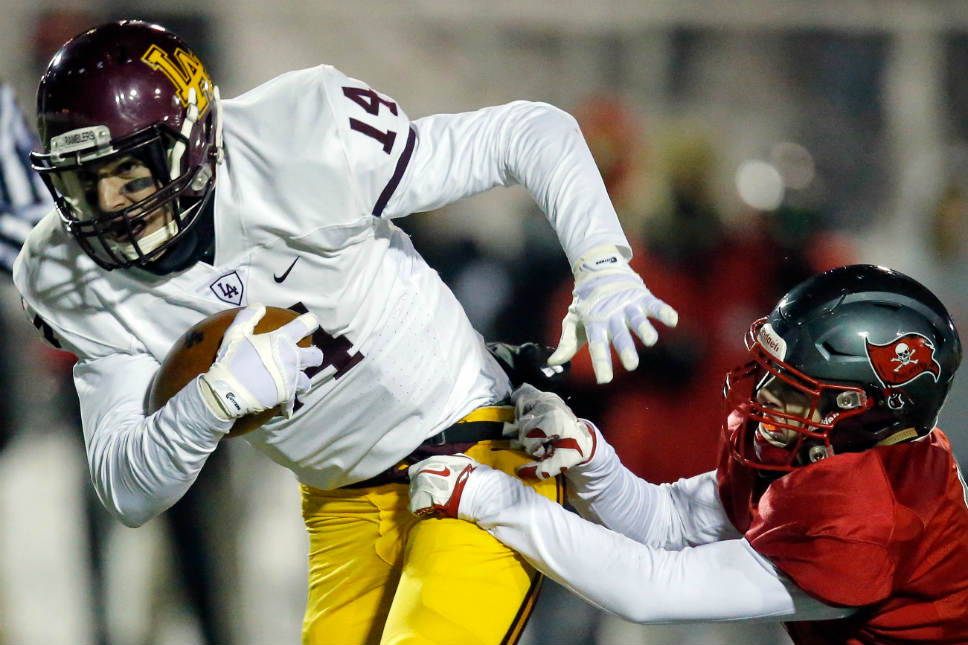 LA’s Jake Marwede tries to break free from a Palatine defensive back after making a catch in the fourth quarter. 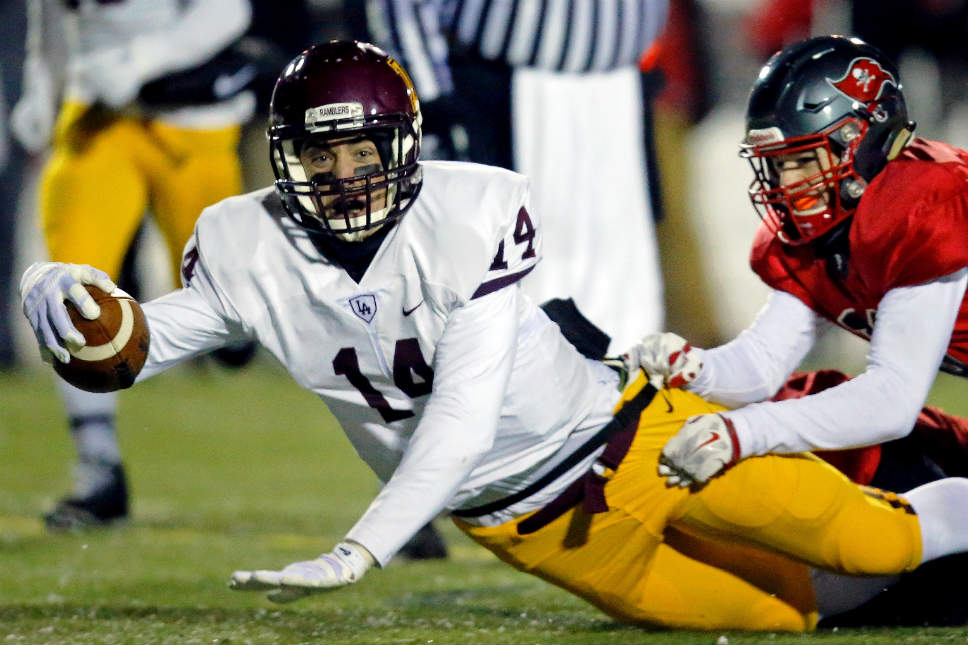 Jake Marwede stretches for more yardage on a 10-yard run at the end of the game. 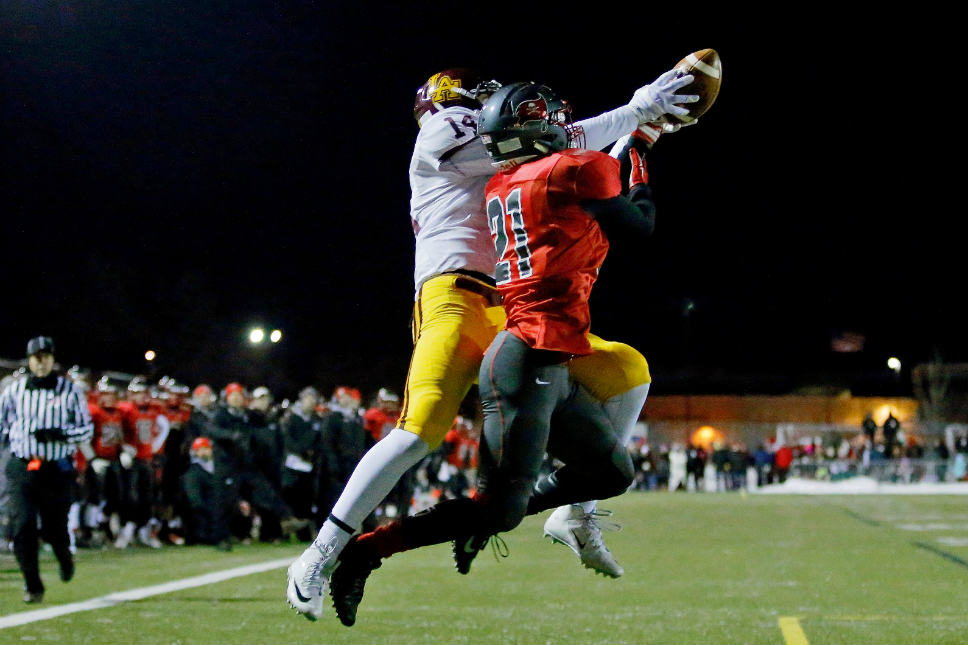 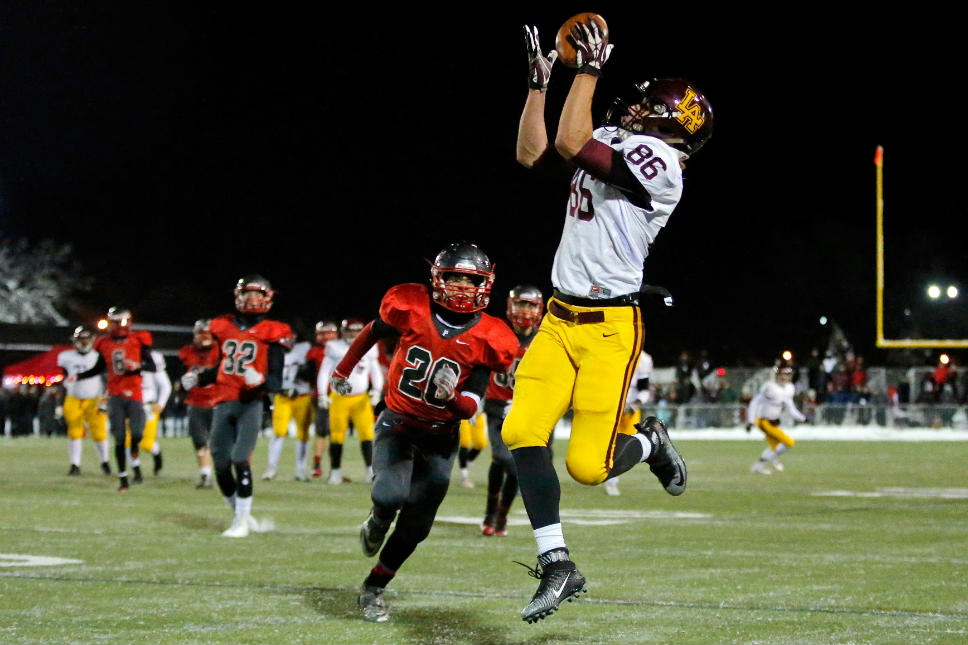 Thomas Smart comes up with a key 24-yard first-down catch on the final drive of the game. 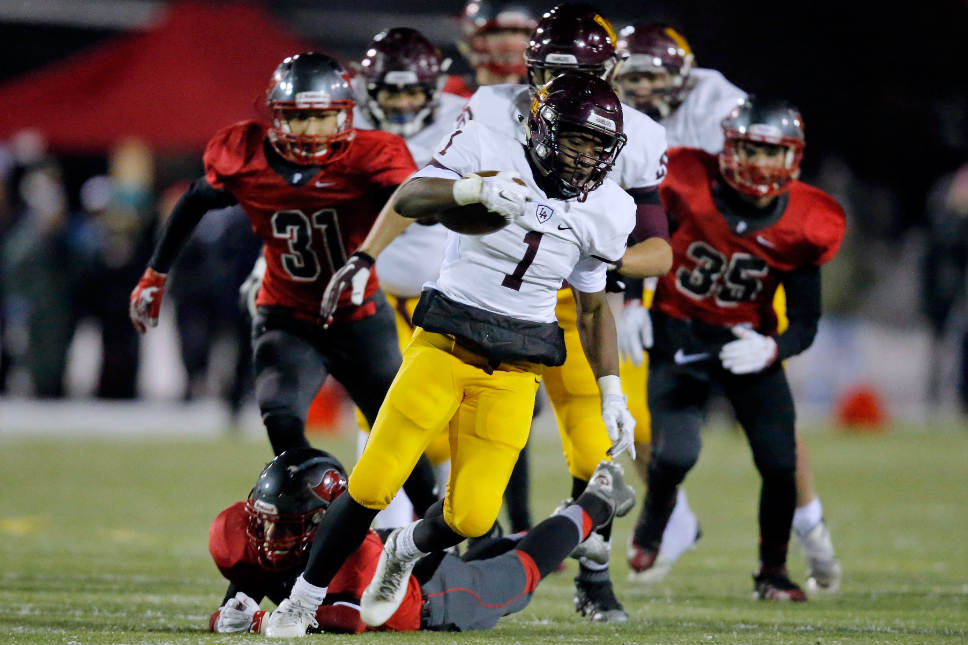 LA running back Dara Laja breaks free for a big gain. He finished the night with 205 rushing yards. 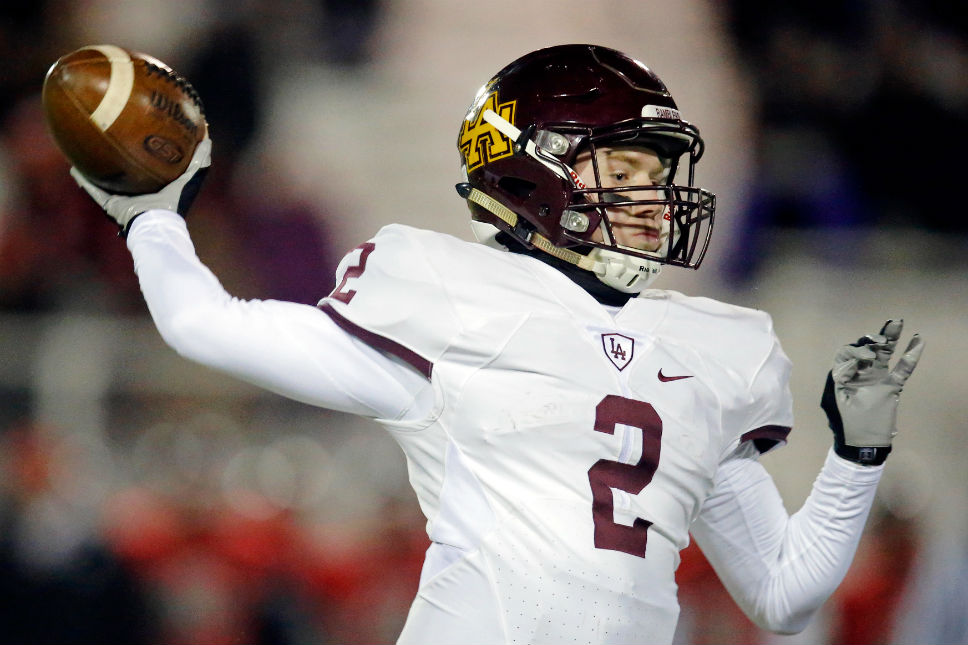 Loyola quarterback Emmett Clifford, named to the all-state team earlier in the week, threw for 199 yards against Palatine. 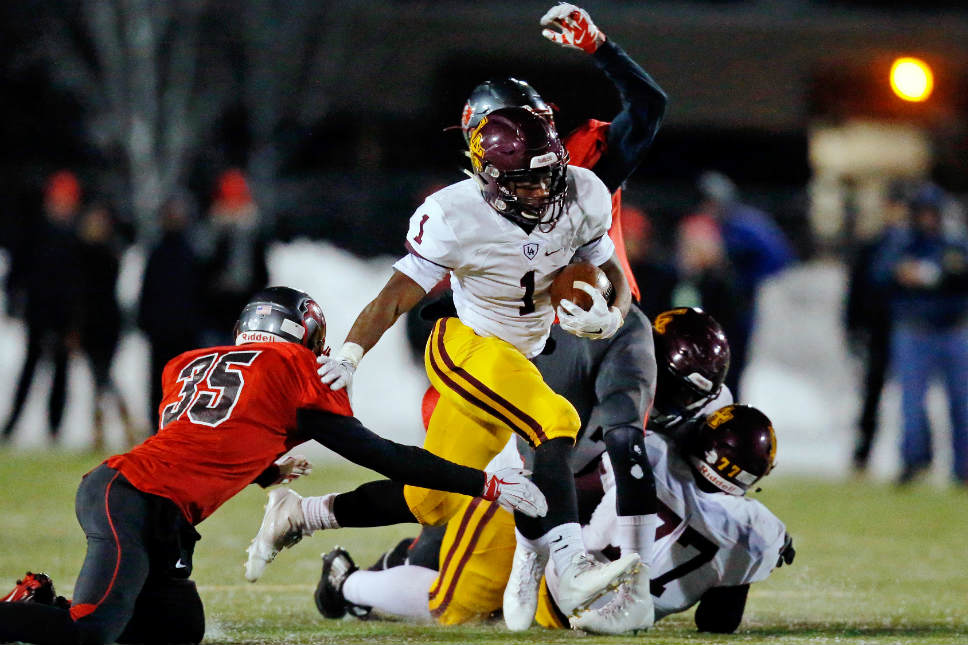 Dara Laja picks up yards against the Pirates. 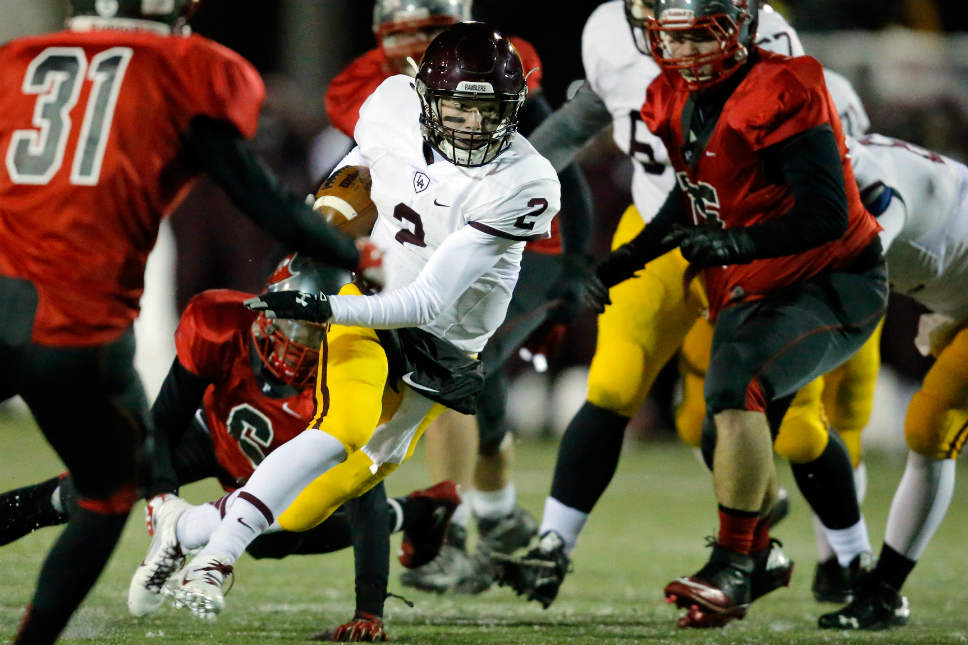 Emmett Clifford of the Ramblers finds an opening in the state semifinal game. 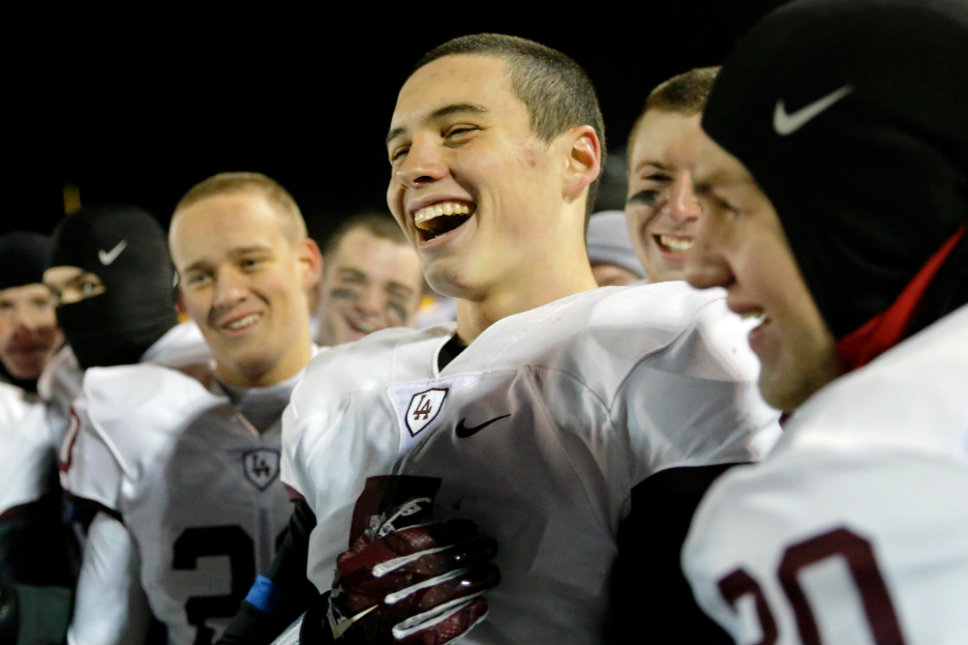 Bobby Desherow and his teammates are all smiles after the state semifinal win. 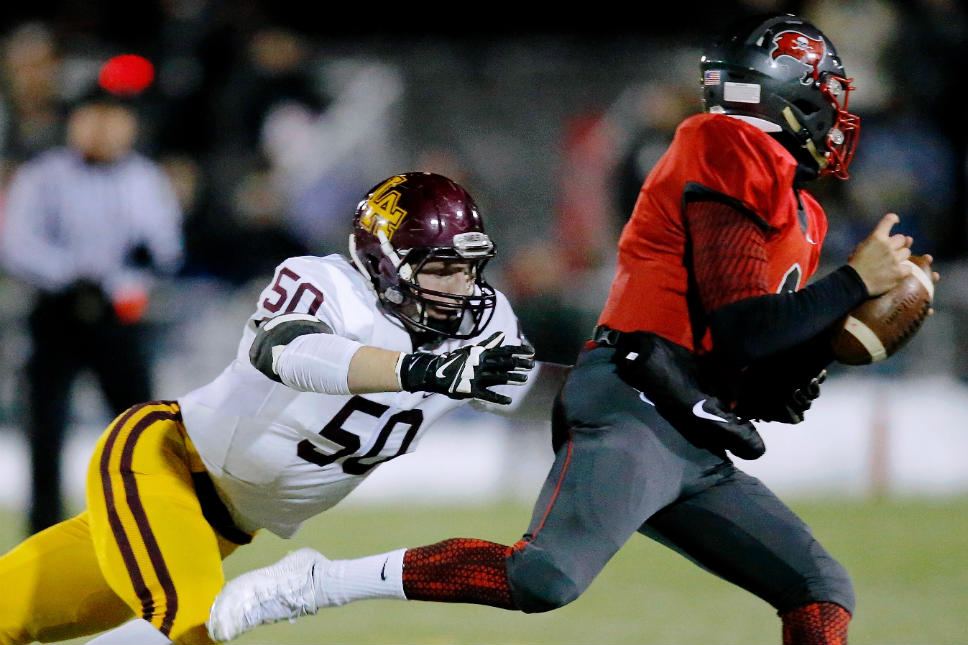 Jack Hough of the Ramblers tracks down Palatine quarterback Zachary Oles. Hough had a sack and tackle for the loss in the win. 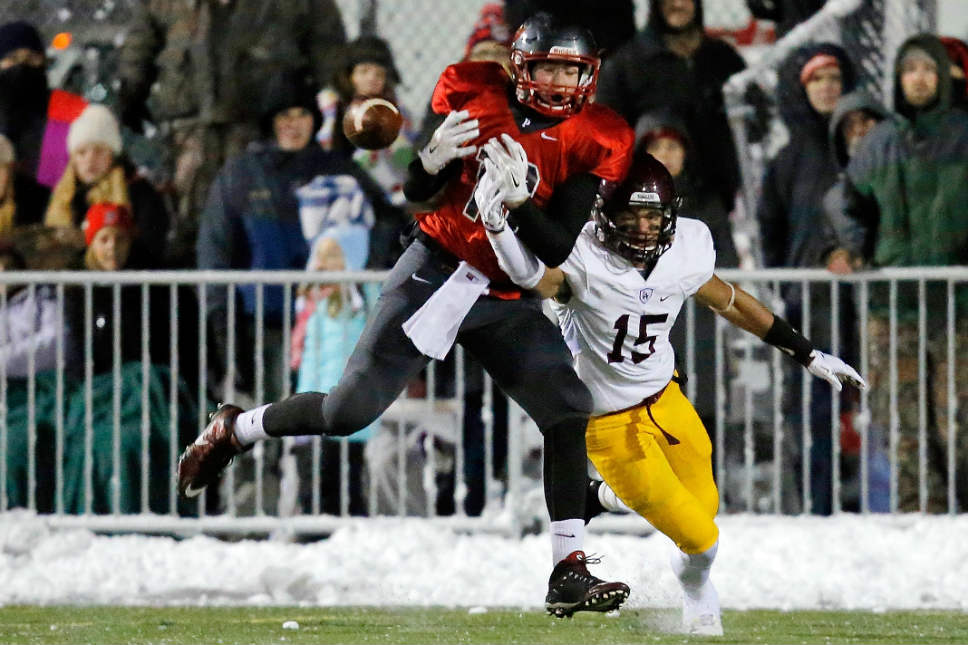 Loyola’s Ian Swenson (No. 15) breaks up a pass intended for Palatine’s Matthew Lamm. 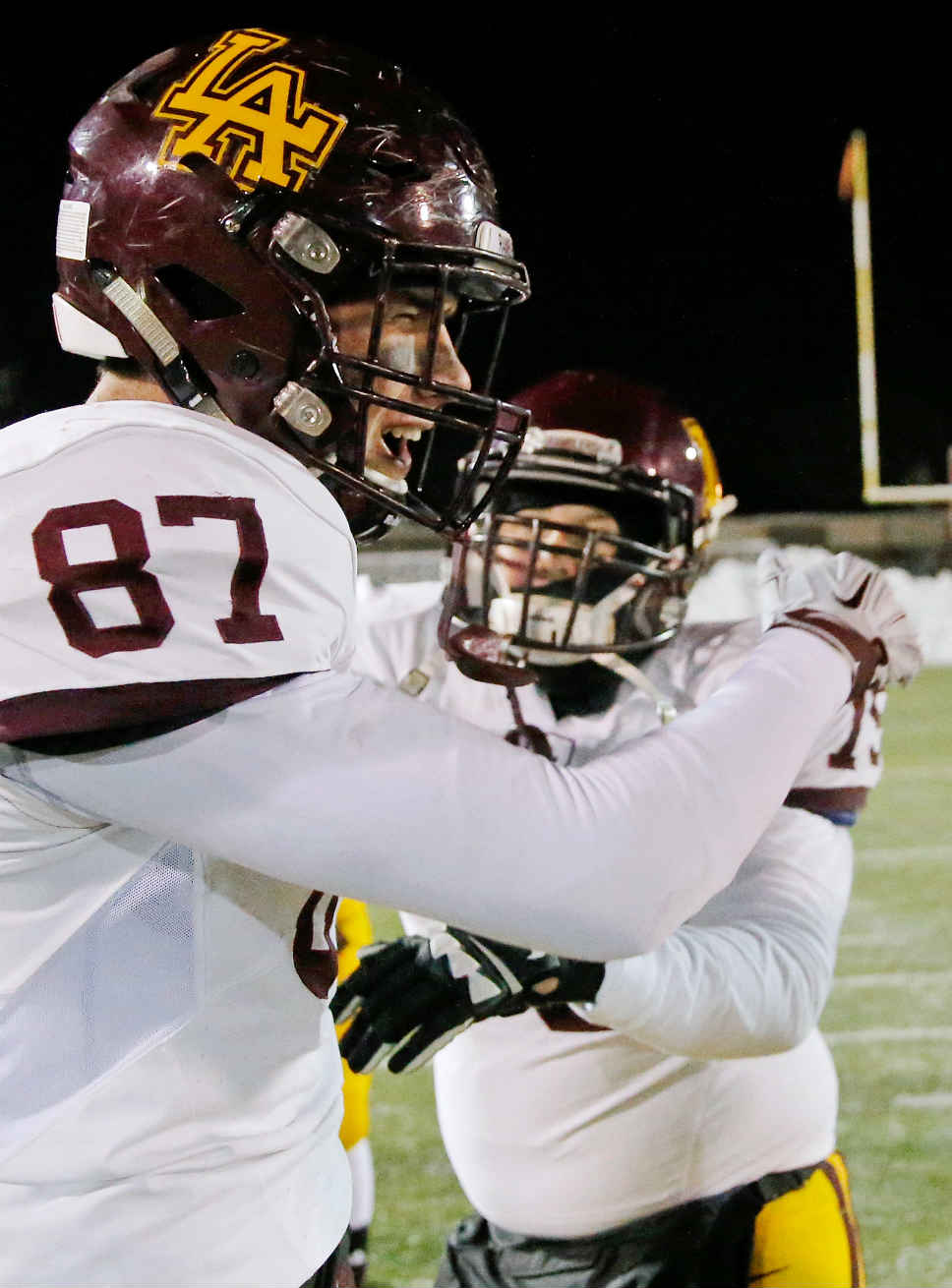 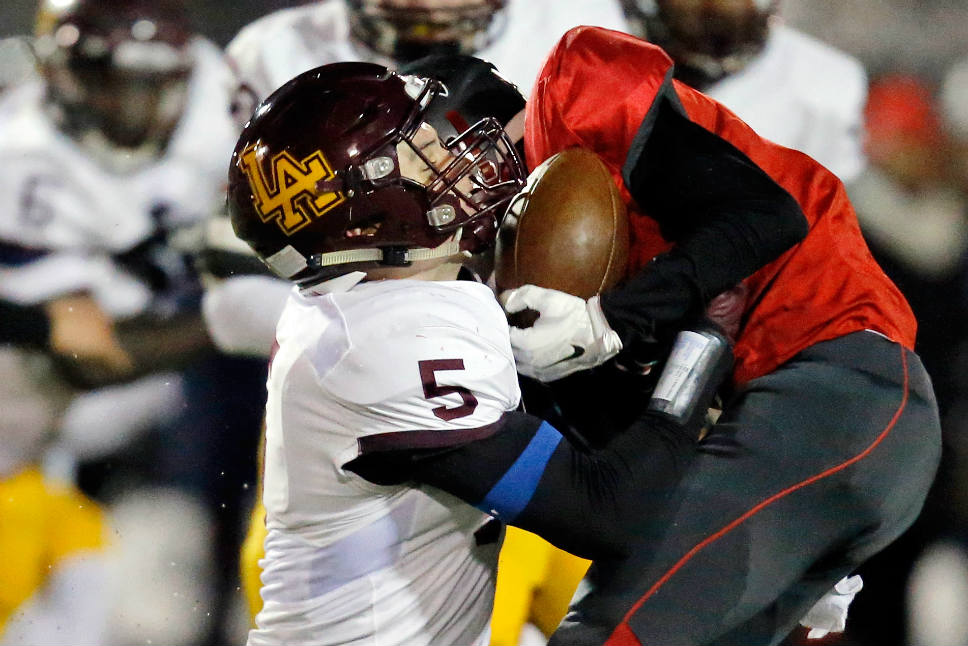 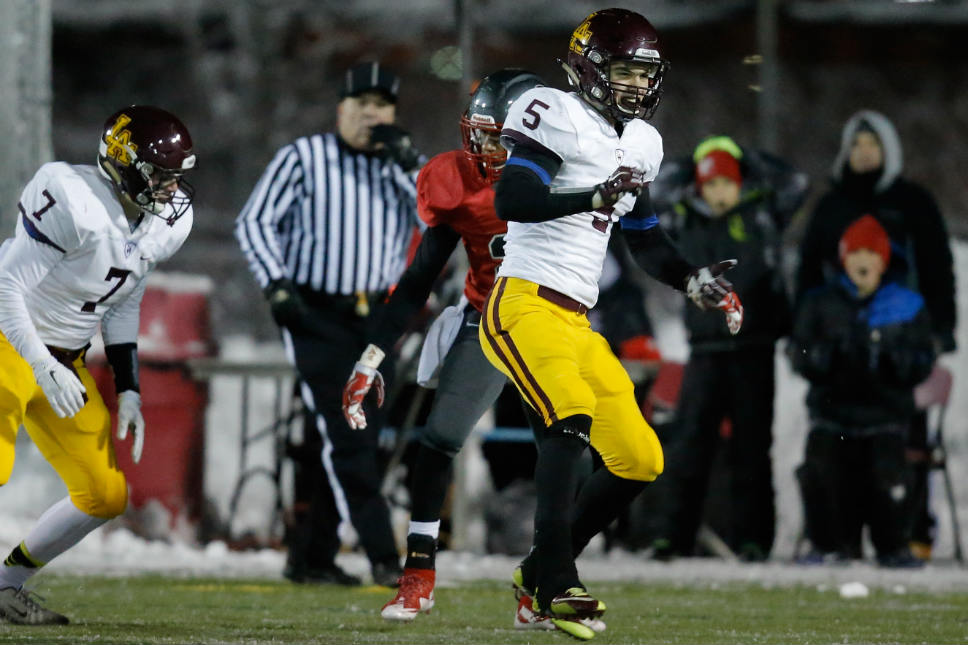