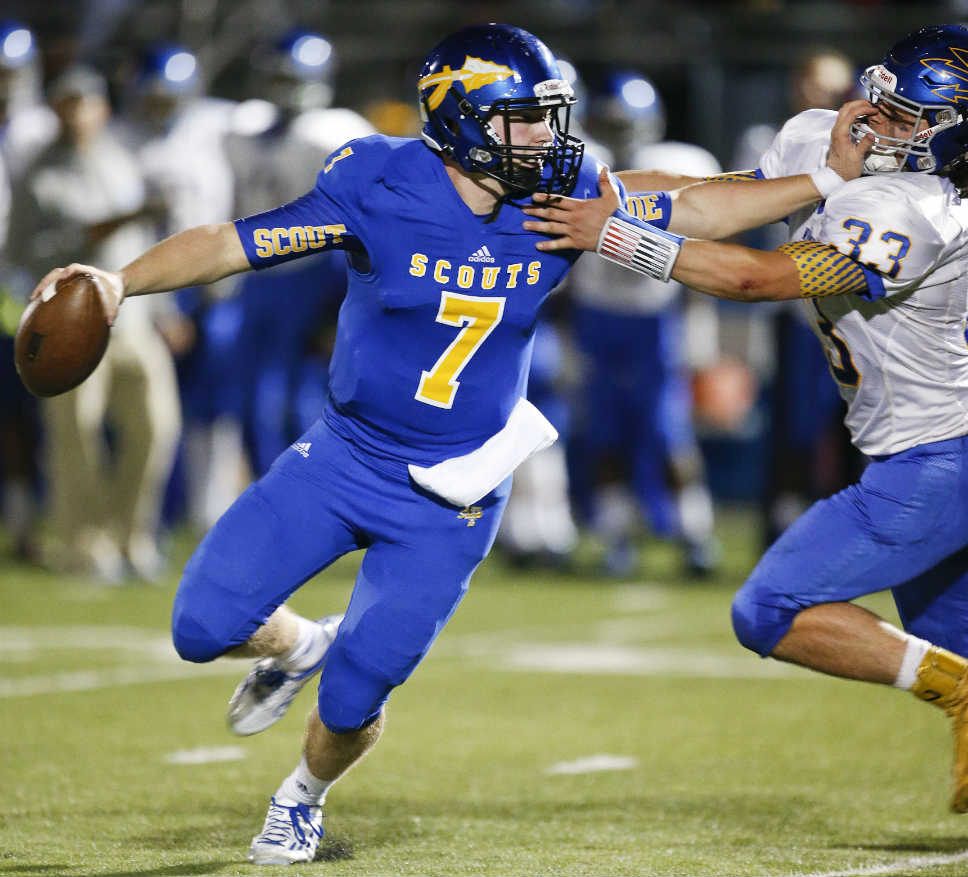 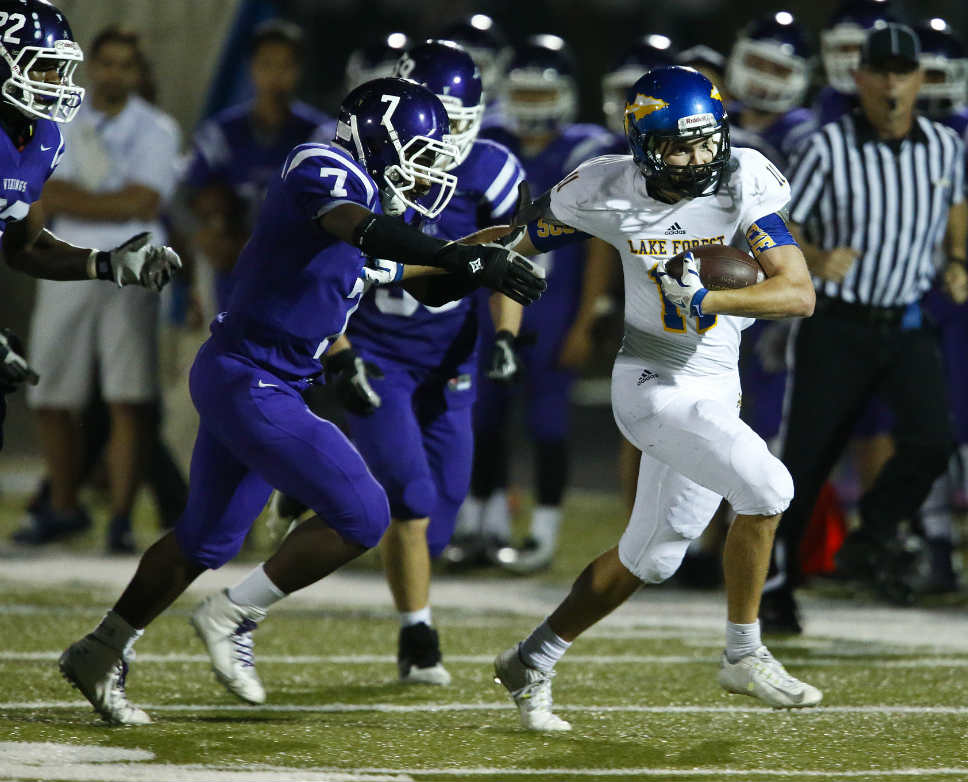 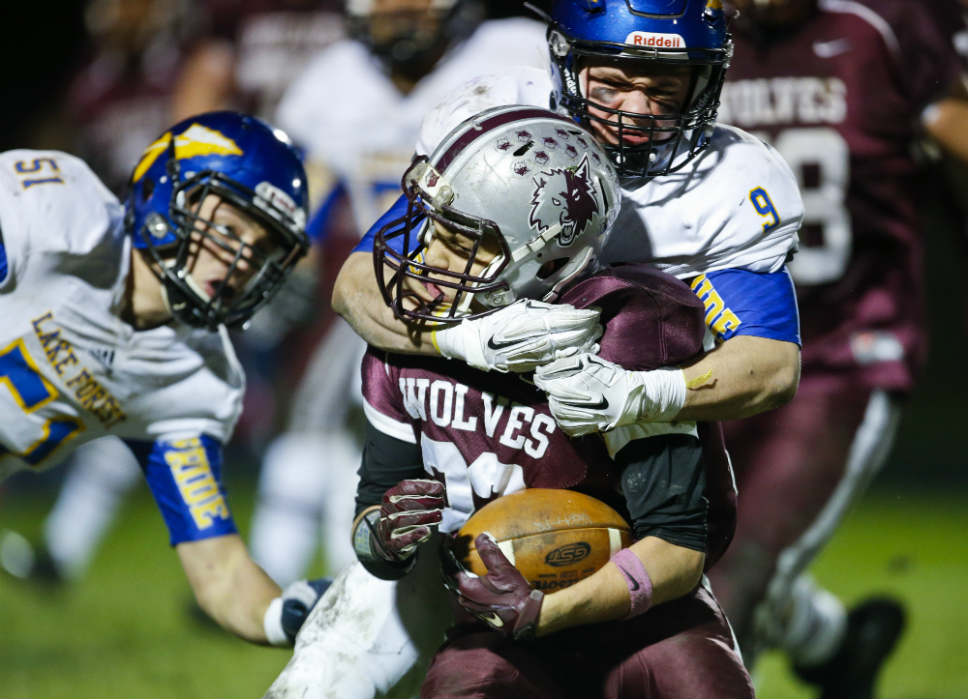 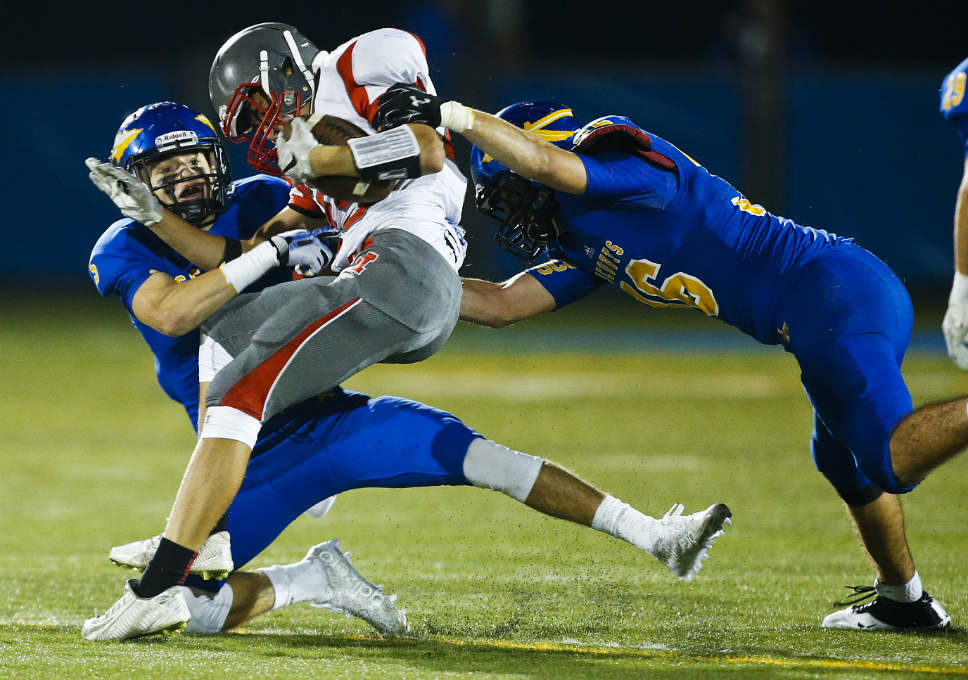 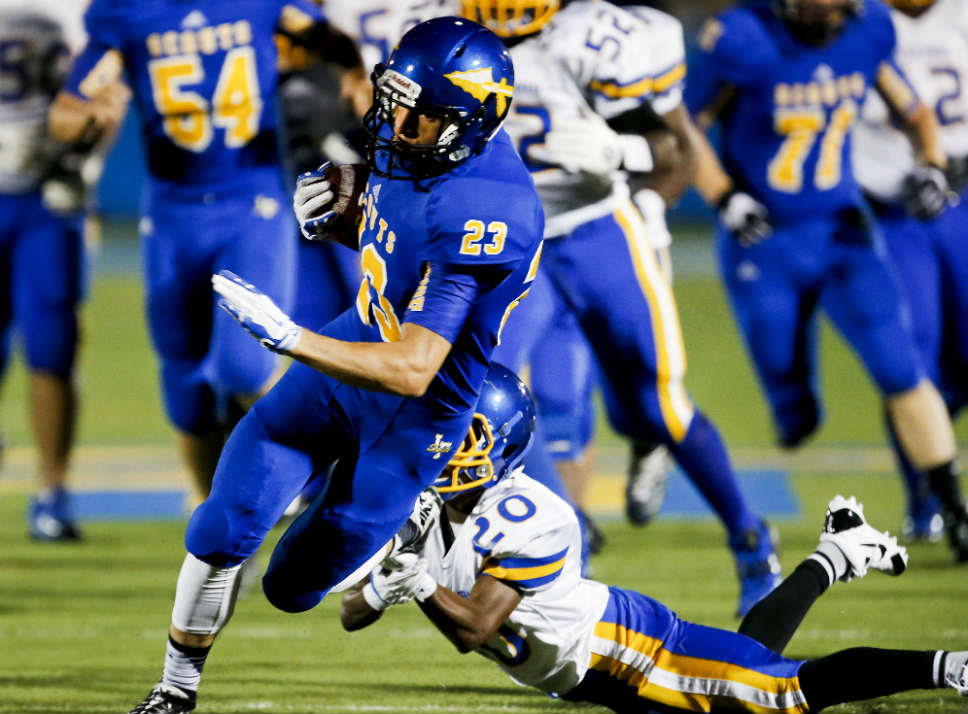 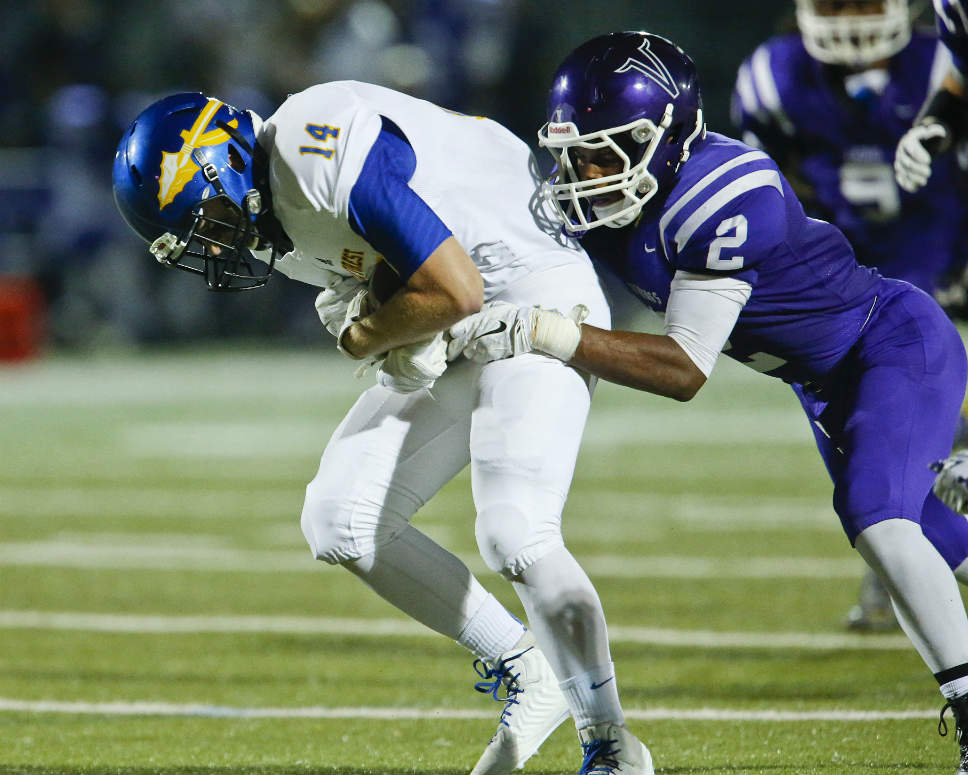 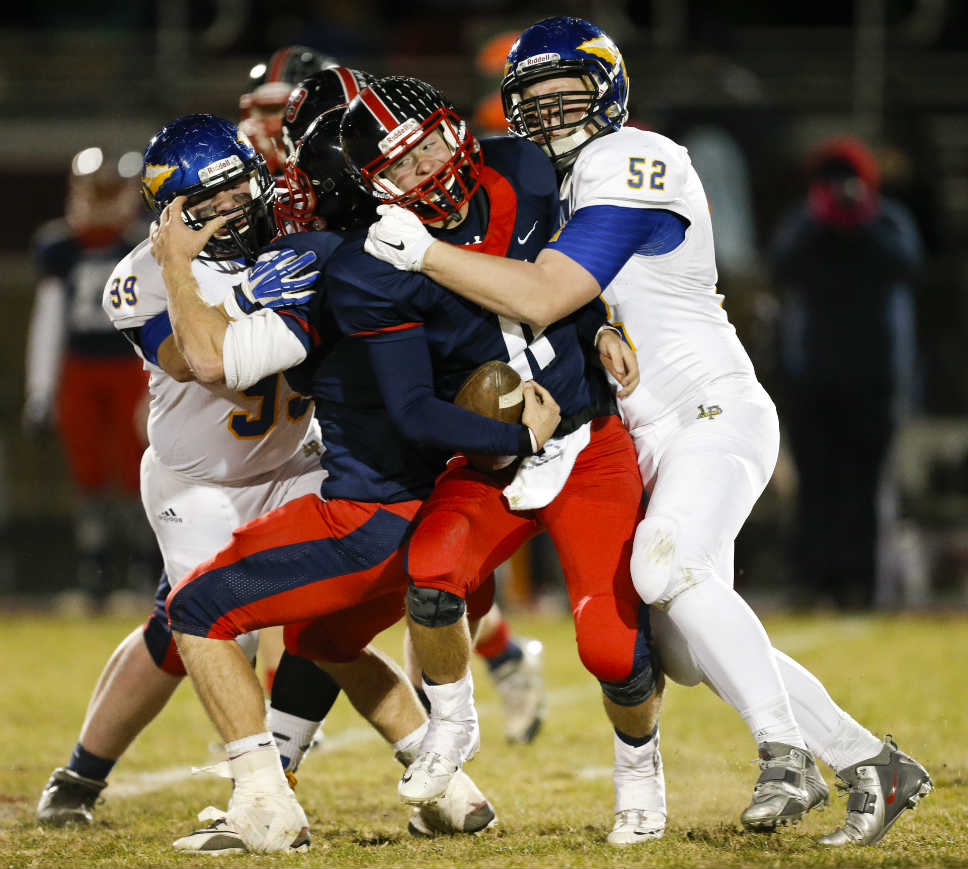 Jaxon Mills (No. 52), seen here during the 2014 season. PHOTOGRAPHY BY JOEL LERNER

Meng averaged just under 5.0 yards per carry, finishing with 236 yards on 48 rushing attempts.

Nicholson finished with 27 tackles, including one sack and four tackles for loss.

Clifford, who was limited to five games due to injury, ended up with 35 tackles and two fumble recoveries.

Mills recorded 26 solo tackles to go along with two sacks and five TFLs, while Skinner caught 15 passes for 153 yards.

On the defensive end, junior linebacker Cal Wonham led the team in tackles (49) to go along with two sacks and four TFLs. Sophomore linebacker John Deering had 48 tackles in nine games with two sacks, six TFLs and one interception.

Senior lineman Palmer Ferris had 32 tackles, include two for losses, while senior defensive back Jon DiValerio was in on 30 stops with two TFLs to go along with two interceptions.

Senior Ryan Gattari made two of three field goals and connected on 27 of 35 PAT kicks for 33 points.