Loyola Academy, seeded No. 1 in the Class 8A state playoffs, rallied to beat visiting Homewood-Flossmoor 34-28 in a quarterfinal game on Nov. 14. Photographer Joel Lerner caught the action. 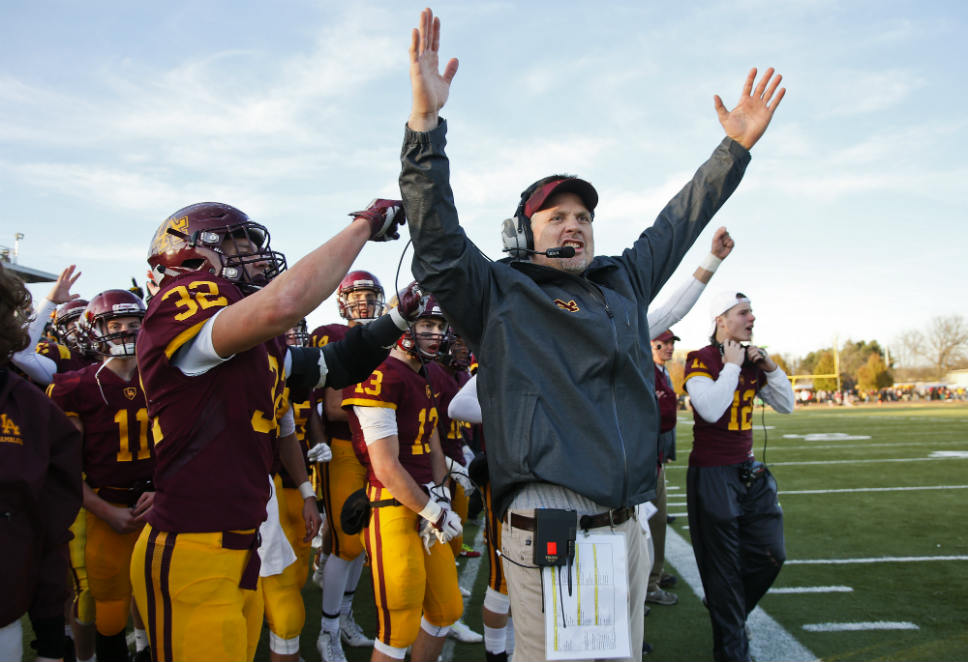 Loyola Academy head football coach John Holecek reacts after the Ramblers scored their final TD of the day in their 34-28 state quarterfinal win over visiting Homewood-Flossmoor on Nov. 14. 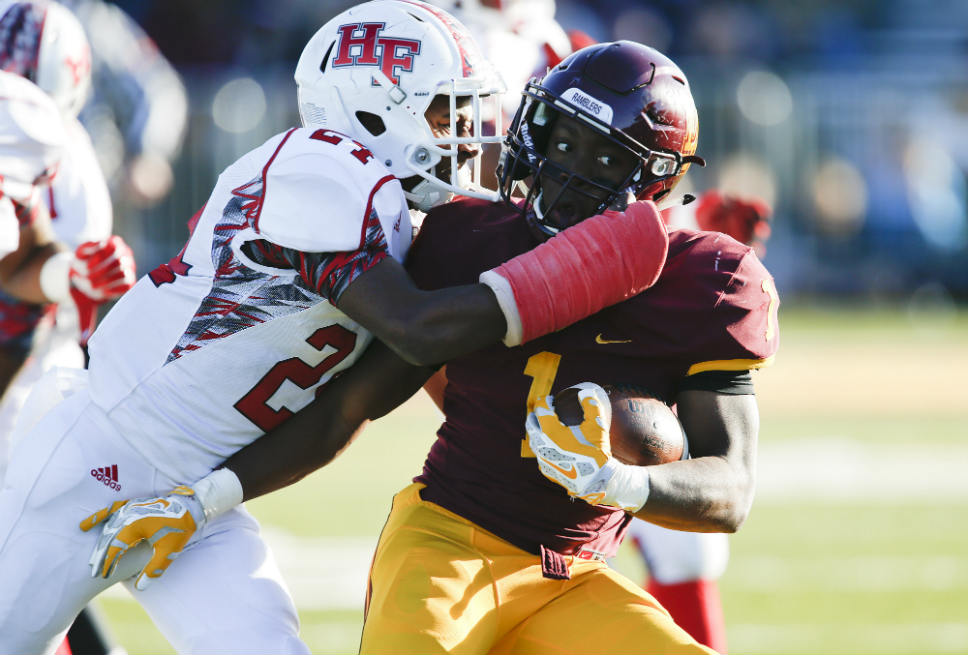 LA running back Dara Laja tries to break a tackle. He finished the state quarterfinal game with 140 rushing yards. He scored his team’s final TD on a 6-yard run with 1:22 left. His TD and Patrick Tata’s PAT kick put the Ramblers ahead 34-21. 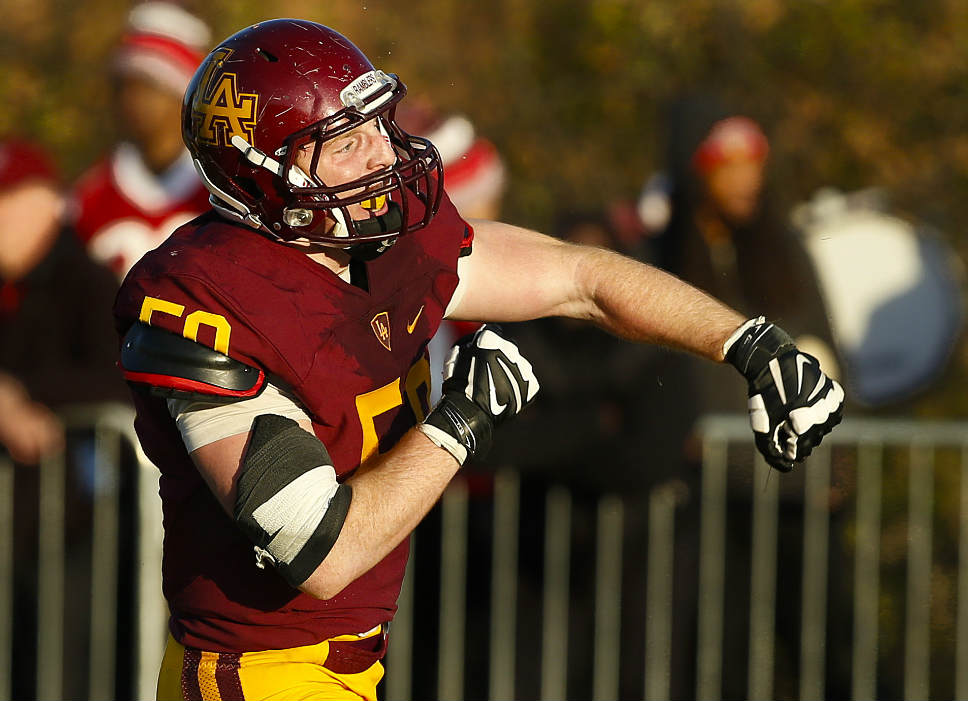 Jack Hough of the Ramblers celebrates a quarterback sack during a key series in the fourth quarter. 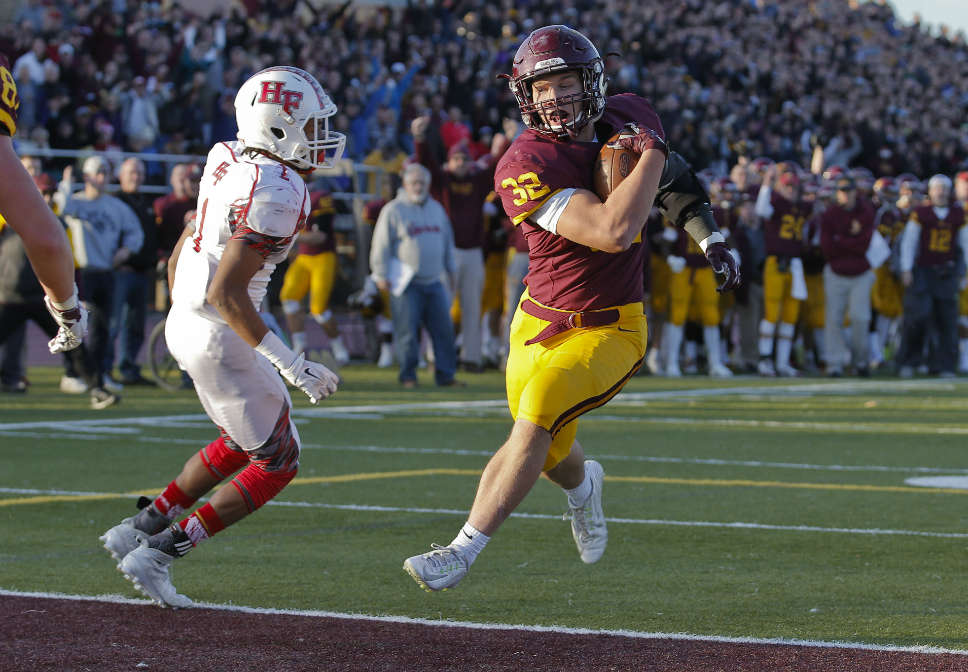 Jack Loper of the Ramblers scores the go-ahead touchdown on a 10-yard pass with 4:52 left in the fourth quarter. His TD capped a 19-play, 97-yard drive. 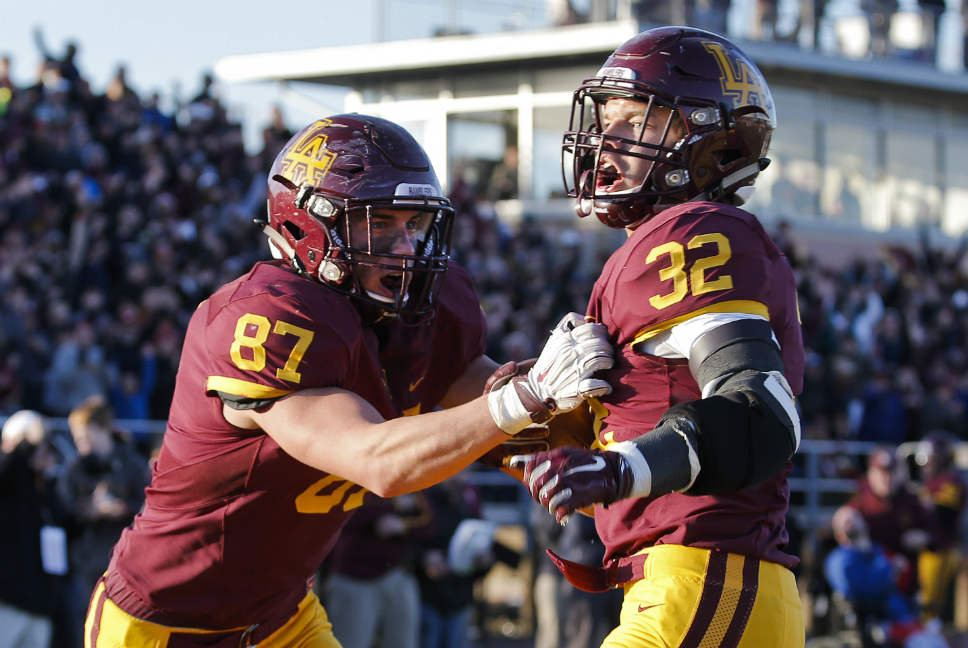 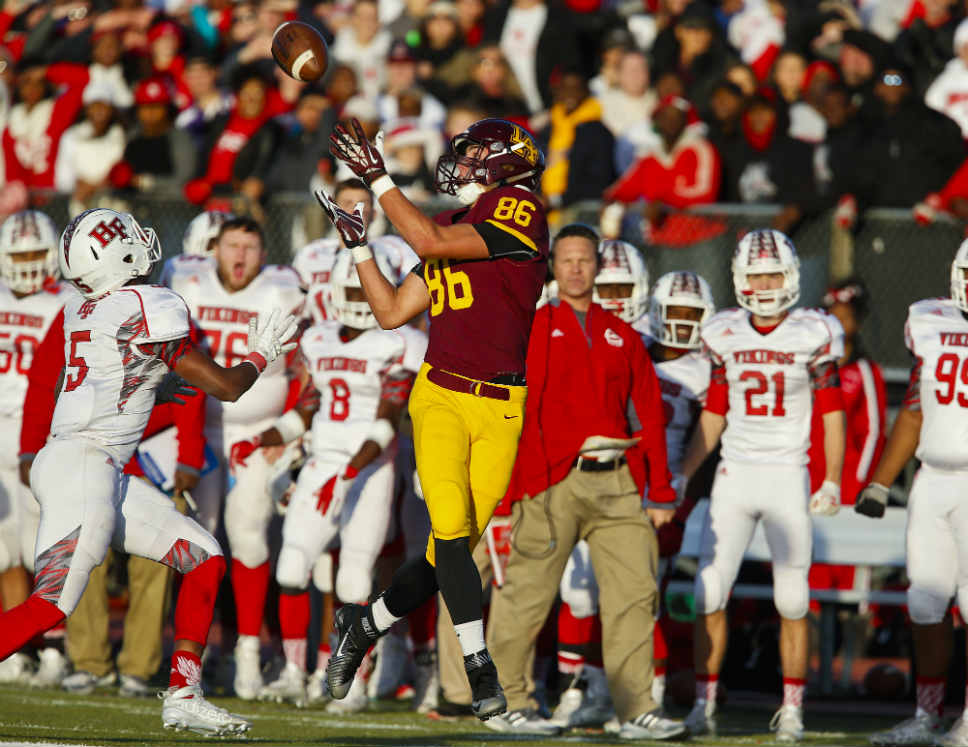 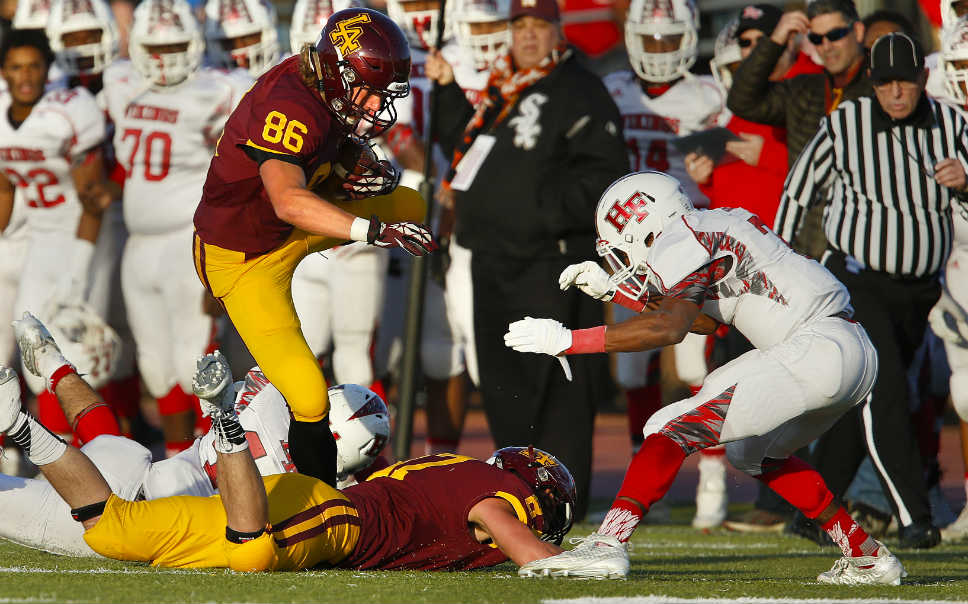 Thomas Smart picks up 13 yards on a first-down catch during the 97-yard drive. 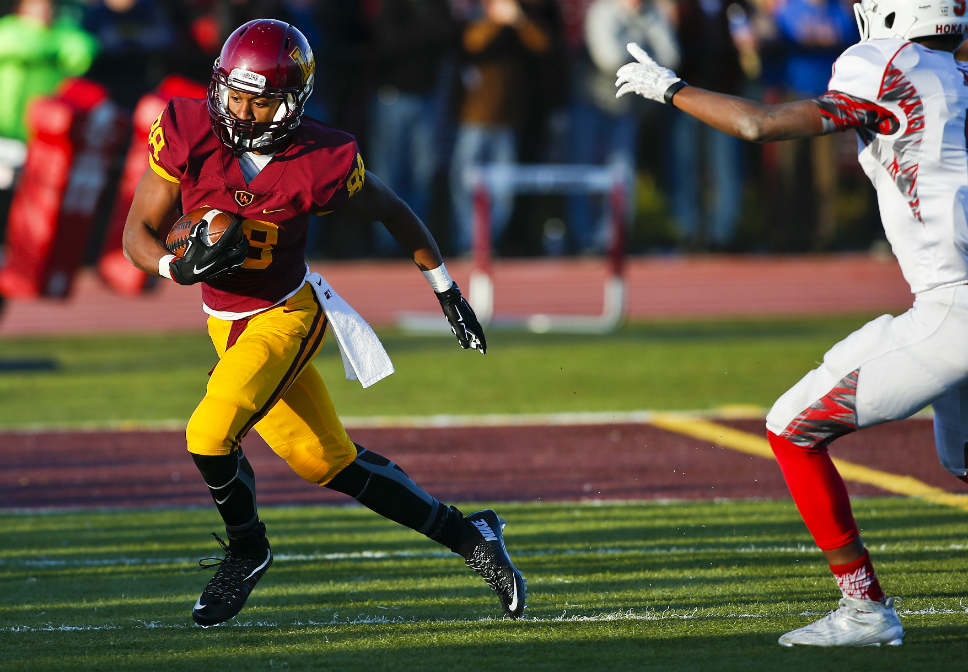 David Terrell of the Ramblers make a 7-yard catch during the 97-yard TD drive. He finished the game with 3 catches for 25 yards. 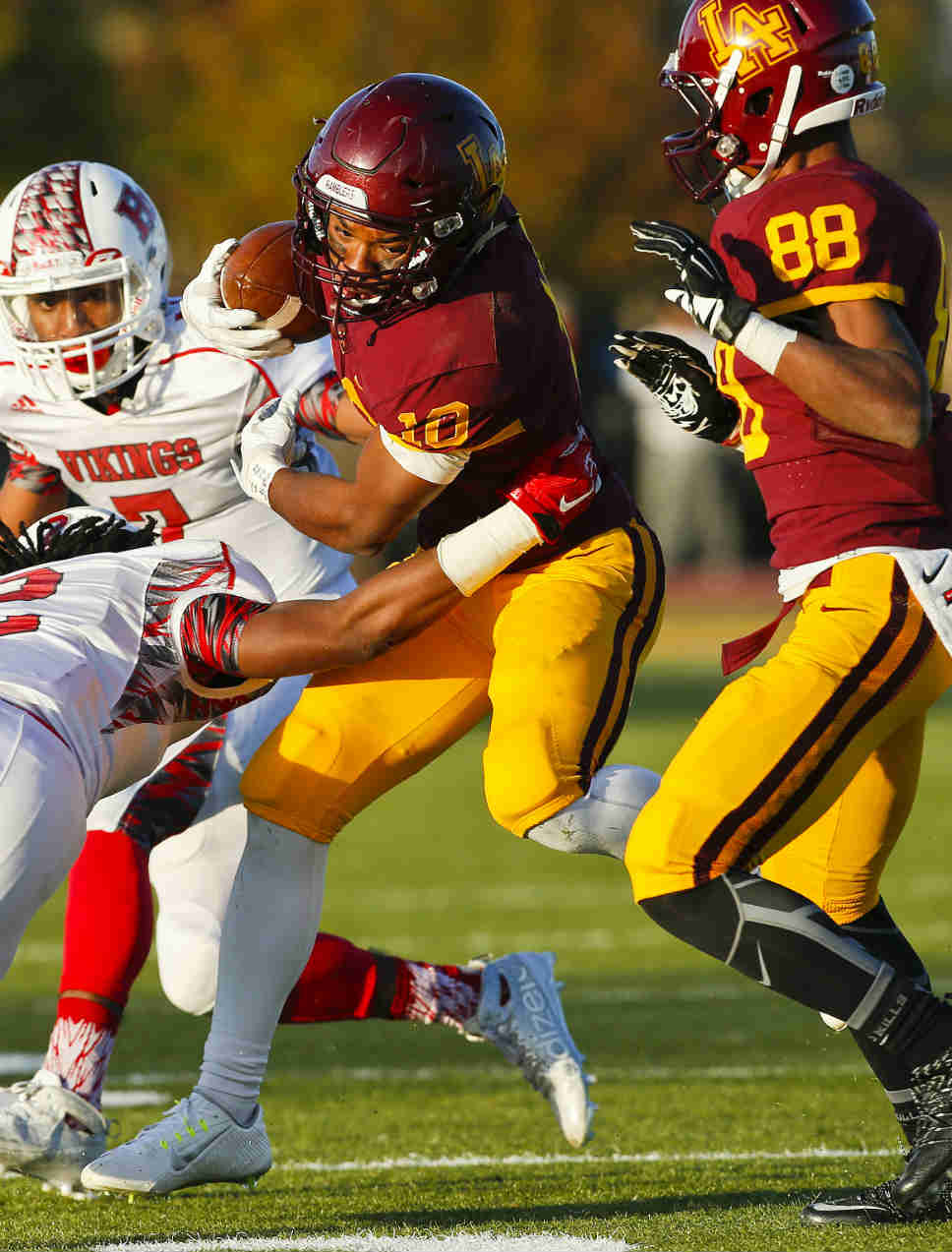 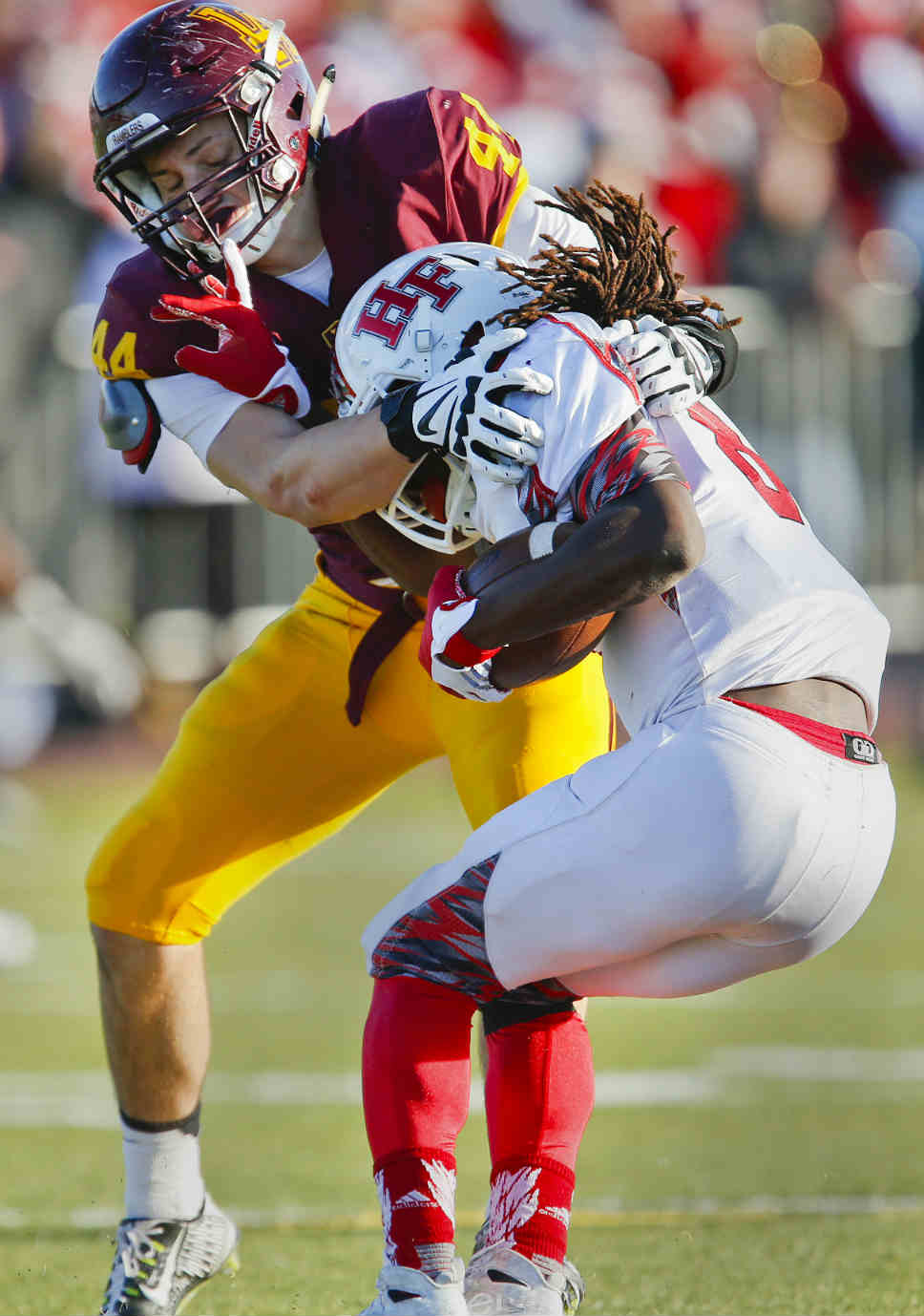 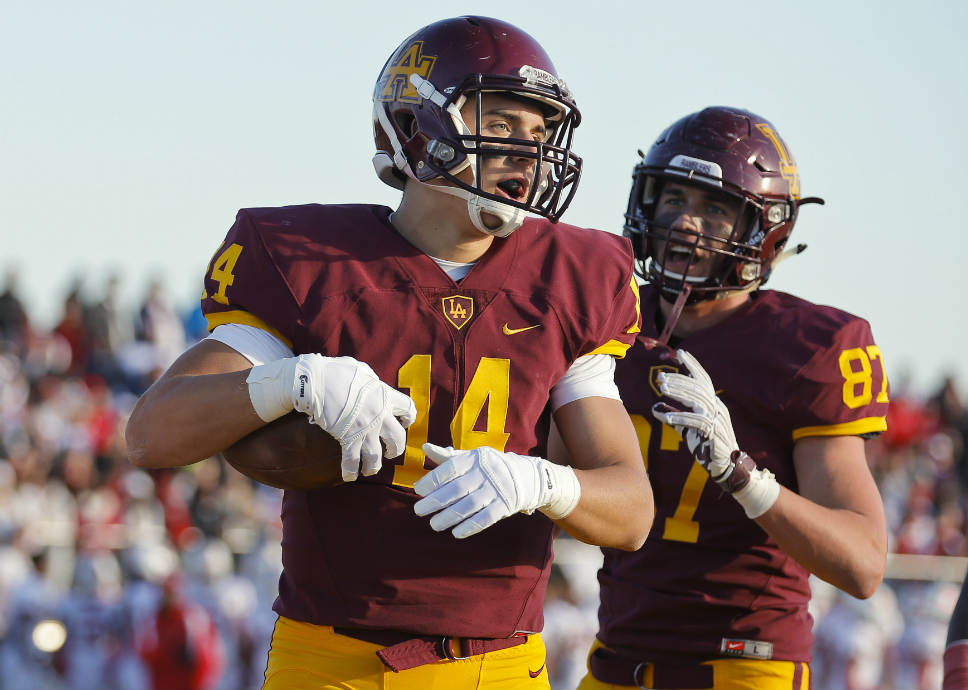 Backup quarterback Jake Marwede (No. 14) receives congratulations from teammate Eric Eshoo after scoring on a 2-yard run with 6:02 left in the third quarter. His TD and Patrick Tata’s PAT kick cut H-F’s lead to 21-19. 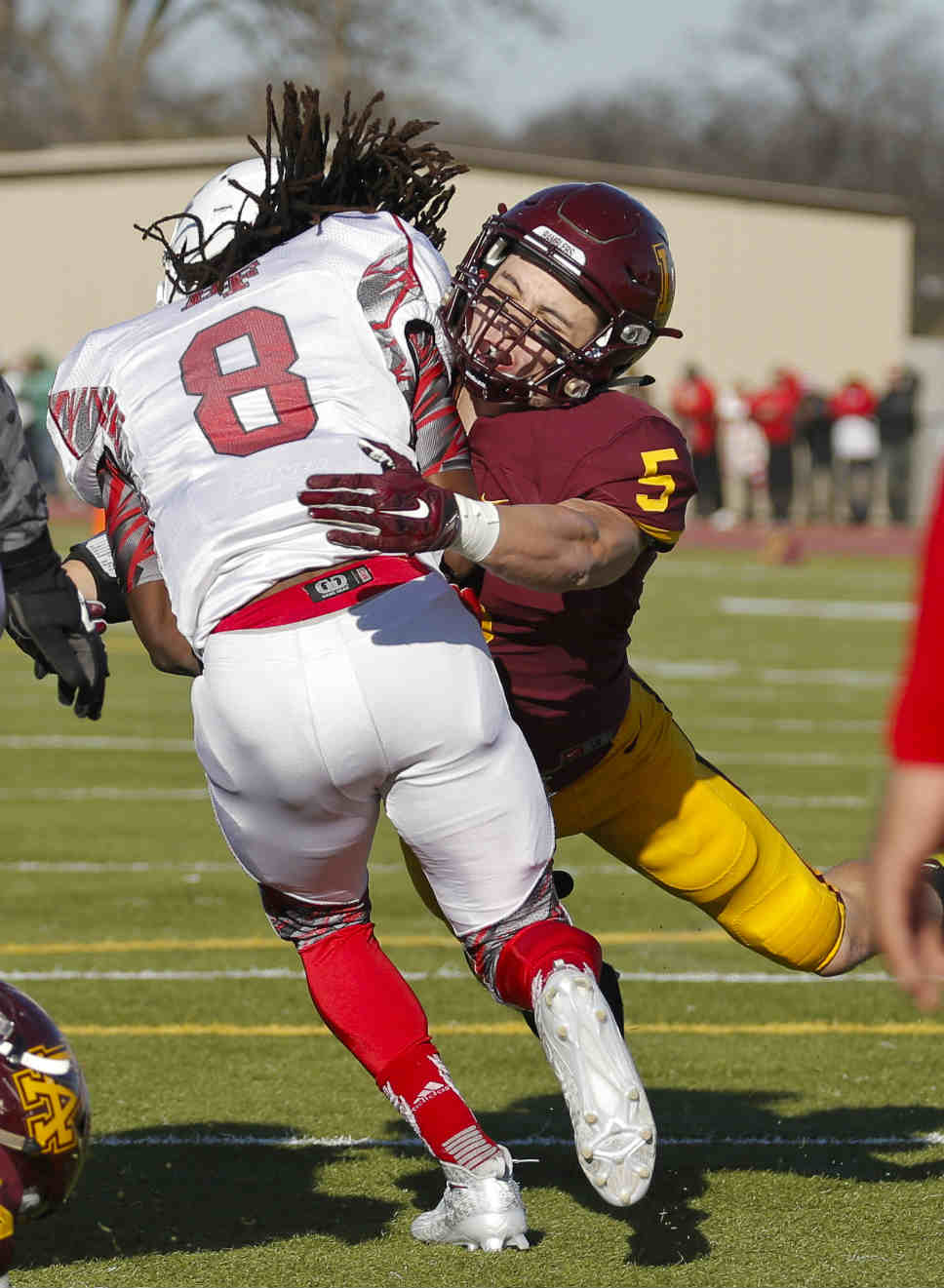 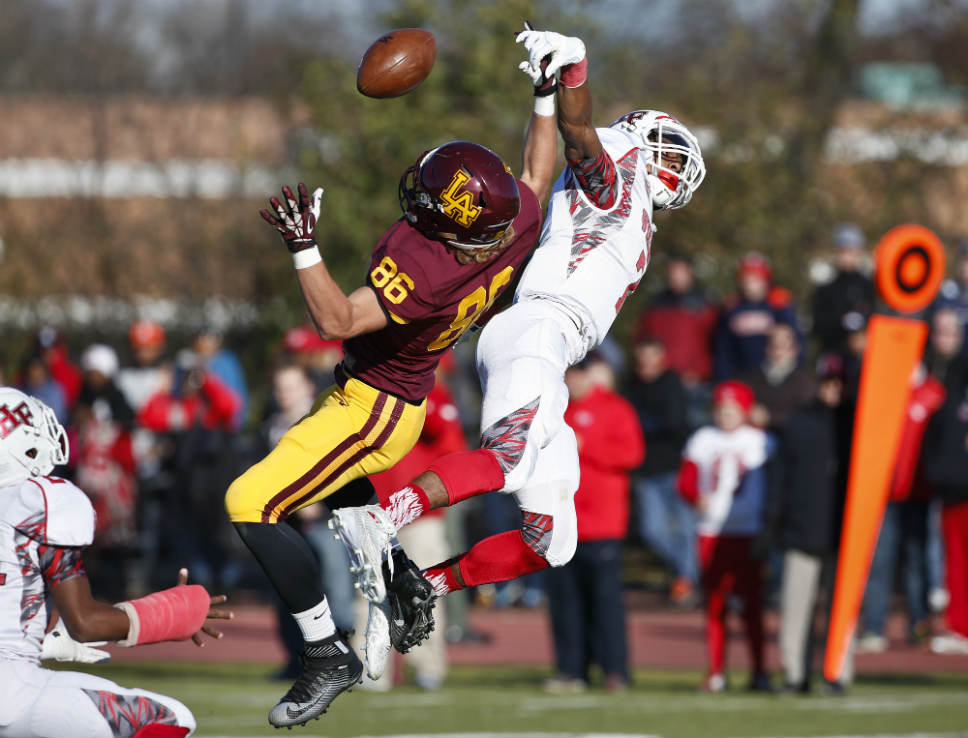 Thomas Smart tries to haul in a pass during the first half. 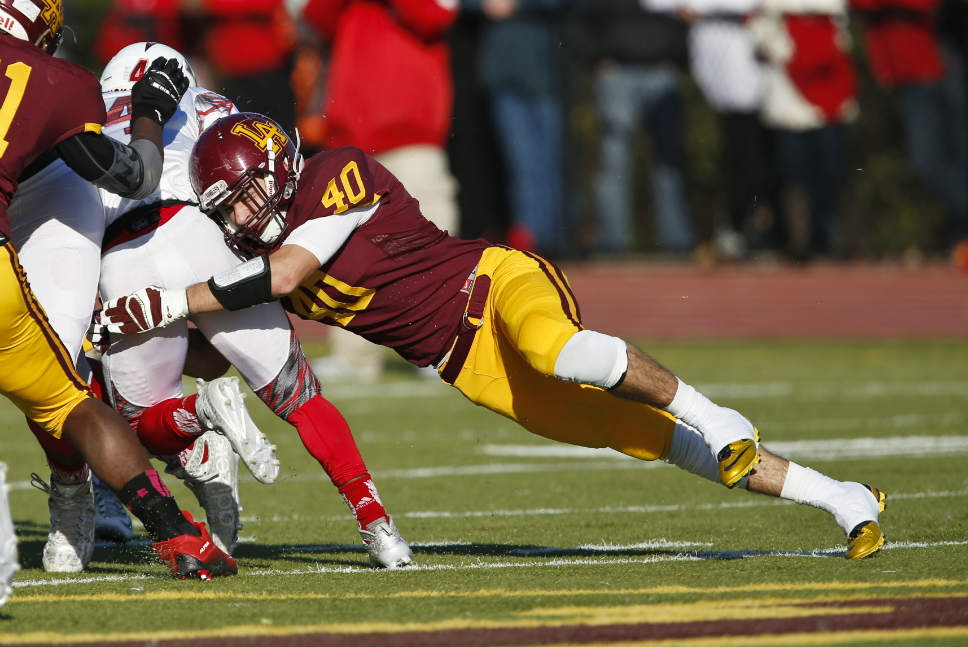 Anthony Romano of the Ramblers brings down H-F’s Deante Harley-Hampton. 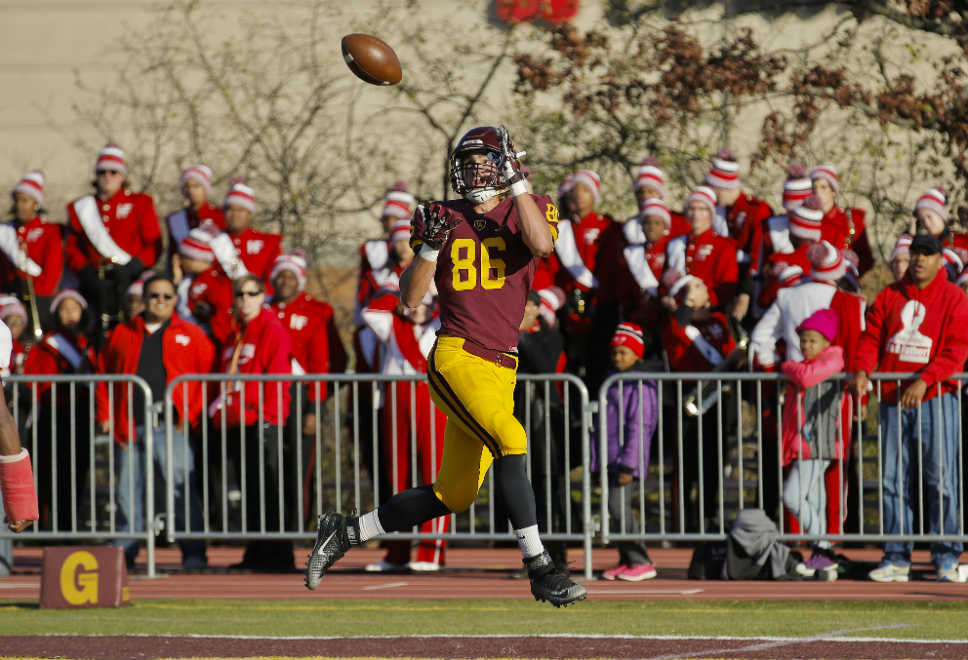 After catching H-F’s secondary off guard on a double move, LA wideout Thomas Smart gathers in an 18-yard TD catch. The score cut H-F’s lead to 14-12 with 33 seconds left in the first half. 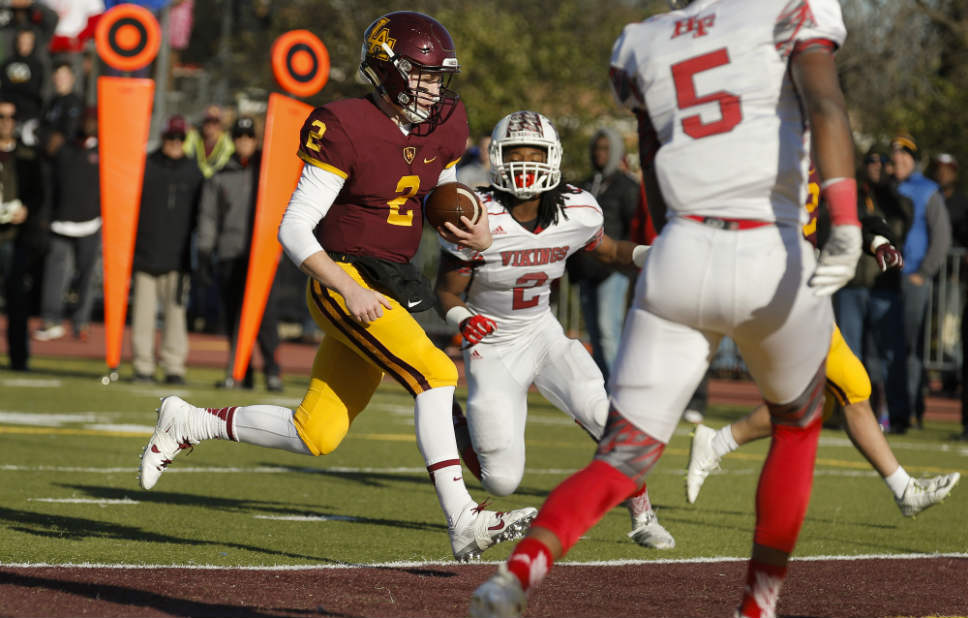 LA quarterback Emmett Clifford races into the end zone on an eight-yard run with 8:48 left in the second quarter. Clifford wound up with 53 rushing yards to go along with 159 passing yards. 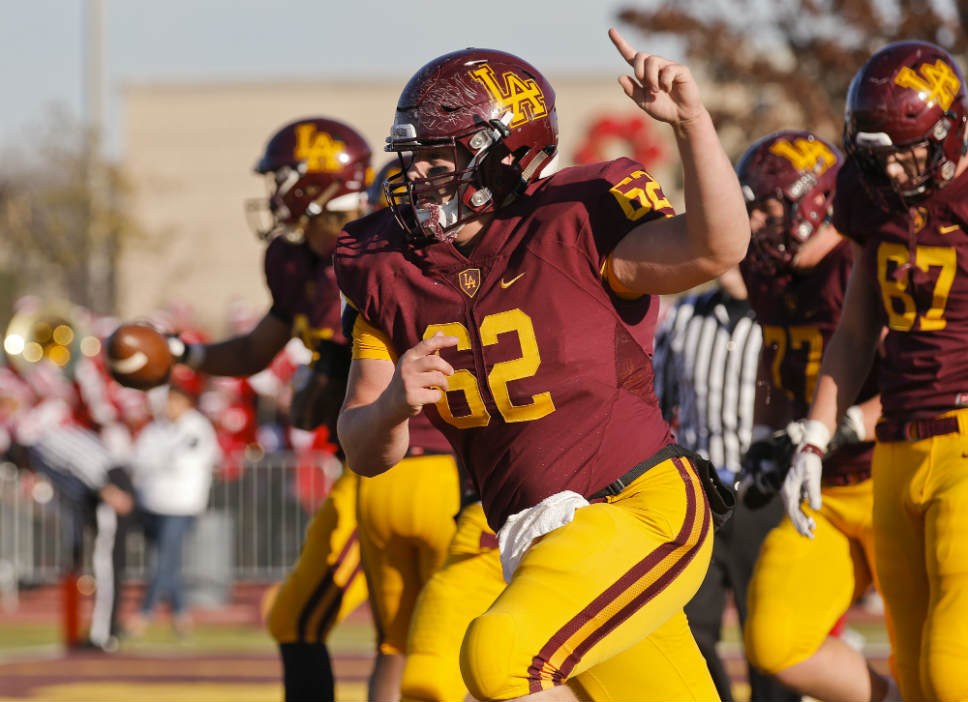