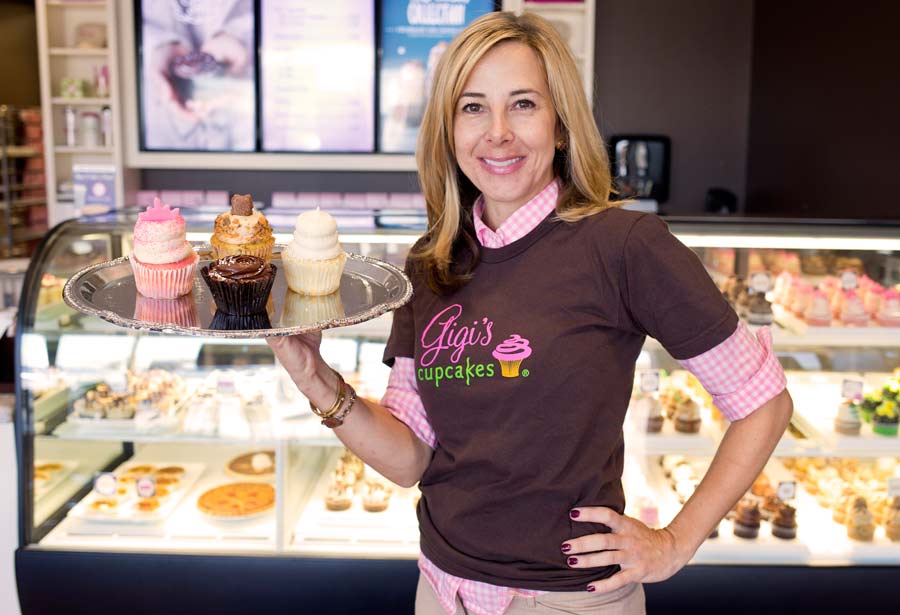 WILMETTE – Gigi’s Cupcakes has only been open for a short time, but Wilmette’s new bakery is bustling with customers and the cases are full of an assortment of treats piled high with frosting. The shop’s dark brown walls evoke feelings of warmth and rich chocolate, while the cheery pictures of cupcakes are enough to make anyone hungry for dessert.

“I’ve baked my whole life,” Kenilworth resident and owner Christine Yaccino said. “I am a giver and it is how I give to people,” she added.

Yaccino decided to open the franchise on the North Shore after sampling the confections at her friend’s shop in Tampa, Florida. After realizing that Gigi’s cupcakes were delicious, Yaccino wanted to bring those flavors home to the North Shore. Based out of Nashville, Tennessee, Gigi’s has about 100 stores across 23 states.

Yaccino describes the shop as a “high-end bakery that can customize anything. We are very customer-service driven,” she said. The store only needs a 24-hour window to complete a customer’s special request.

To keep it interesting, every season four new cupcake flavors are offered — two at the beginning and then two near the end of a season. For example, in the fall Gigi’s is offering s’mores and pumpkin spice latte cupcakes. And if cupcakes aren’t your thing, the bakery also sells other baked goods such as cookies, quick bread, cinnamon rolls and muffins.

Yaccino noted that Gigi’s only uses high quality, real ingredients that produce the best results. Founder Gigi Butler developed her own custom flavor blends for the bakery, such as a vanilla extract blend that she spent months testing.

“I would say there is more depth to our flavor,” Yaccino said. Everything is baked fresh daily at the Wilmette location.

And there seems to be no shortage of flavors. The bakery will rotate over 300 flavors of cupcakes throughout the year. Yaccino is excited about her new shop, where she will bake cupcakes herself twice a week.

Gigi’s Cupcakes is located at 3217 Lake Avenue in Westlake Plaza in Wilmette.