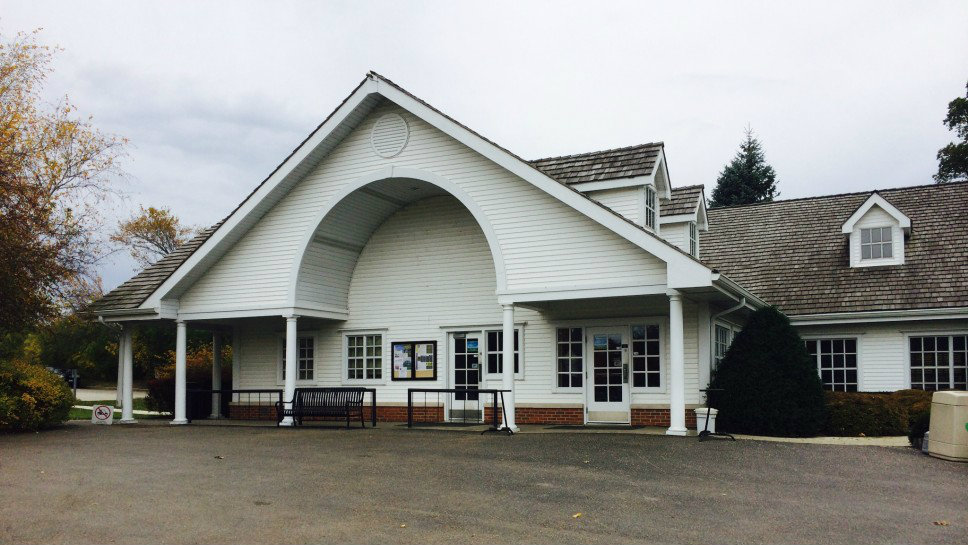 The clubhouse at Deerpath Golf Course is one of the things in need of improvement, according to Alderman Tim Newman.

LAKE FOREST — Residents who worried Deerpath Golf Course could close got reassurance from members of the Lake Forest City Council who suggested a public private partnership akin to those that restored Forest Park and saved Gorton Community Center as a potential solution.

The council directed City Manager Robert Kiely Jr. to authorize a study through an outside consultant to develop a five-year plan on Deerpath’s future, which could lead to raising private money.

“We can do something like we did at Gorton,” Alderman George Pandaleon said during a Finance Committee meeting Nov. 9 at the Municipal Services Building. “The community came together for Gorton. Gorton raised $7 million. There was a $3 million endowment to provide for future needs.”

Rumors of the course’s closure began last month and were emphatically denied by Alderman Tim Newman, the chairman of the city’s Golf Advisory Committee, both in a Daily North Shore story Oct. 27 and at a public forum Nov. 4 at Dickinson Hall.

“Let me open by saying we are not closing the course,” Newman said at the Nov. 4 meeting. “We want a future for Deerpath Golf Course which is sustainable. We need a baseline to take to the City Council.”

Kiely gave the aldermen and the crowd of more than 25 people who came to the meeting specifically to hear about the future of the course a financial history that showed a negative cash flow for the past four years. He presented the same financial spreadsheet he discussed at the Nov. 4 meeting.

The spreadsheet showed actual performance for the past four years and a projection through 2020 showing a profitable operation before capital improvements are made and required bond payments funded. After those expenditures, the cash flow is negative.

By the end of the city’s 2011 fiscal year, the course’s fund balance was depleted and the Parks and Recreation Department started making contributions, according to the spreadsheet. The $26,022 deficit in 2012 grew to over $200,000 in the last fiscal year.

“Do we want a golf course as part of the city just like Gorton, the beach and all the other amenities we have?” Newman said after Kiely’s presentation. “I say yes.”

Kathy McCombs, a regular at Deerpath who said she was there representing 140 members of the course’s ladies’ leagues, reinforced Newman’s statement about the course being a necessary amenity for the community. She wanted to know the temperature of the council.

“I was disappointed more aldermen weren’t there,” McCombs said of the Nov. 4 meeting. “We had a good course and we have to get it back,” she added referring to the declining condition of Deerpath.

Though some of the aldermen acknowledged the financial challenges, they were also distressed by the some of the conditions of the golf facility. Alderman Prue Beidler said she was not a golfer but took a look at the course and said she felt it was lacking if non residents — who make up approximately half the customers — will return to play again.

Alderman Michael Adelman gave a graphic example of the kind of situation that would drive away many a golfer. He said he observed occasions when the course ran out of electric carts three to four days in a two-week period.

“They were telling people to start walking down the fairway and they would run a cart out to them as soon as one was available,” Adelman said.

Beidler reminded her colleagues of the success the community had with a public-private partnership to restore Forest Park.

“Forest Park is a gem and it was restored with private money,” Beidler said. “It was in need and the money was raised (mostly) with private funds.”

Beidler offered a formula for raising the money from Lake Forest citizens.

Kiely said he would pursue the consultant contract to develop a five-year plan for Deerpath. He said it would be ready in time for discussions about the budget for the next fiscal year.