Loyola Academy defeated visiting Stevenson 49-0 on Nov. 7 to advance to the quarterfinal round in the Class 8A state playoffs. Photographer Jon Durr captured the action. 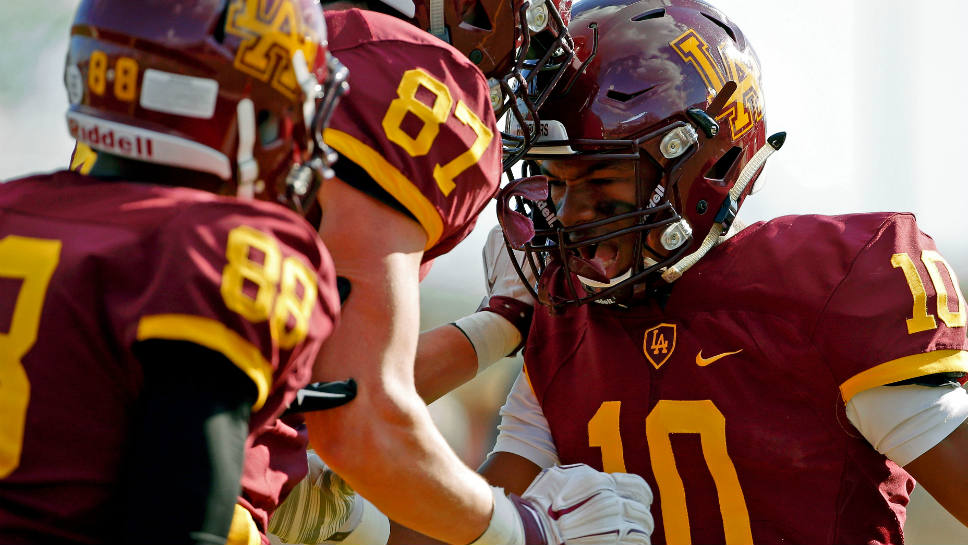 LA’s Jonah Isaac (No. 10) receives a headbutt from fellow receiver Eric Eshoo after making a 62-yard TD catch against Stevenson in the third quarter. 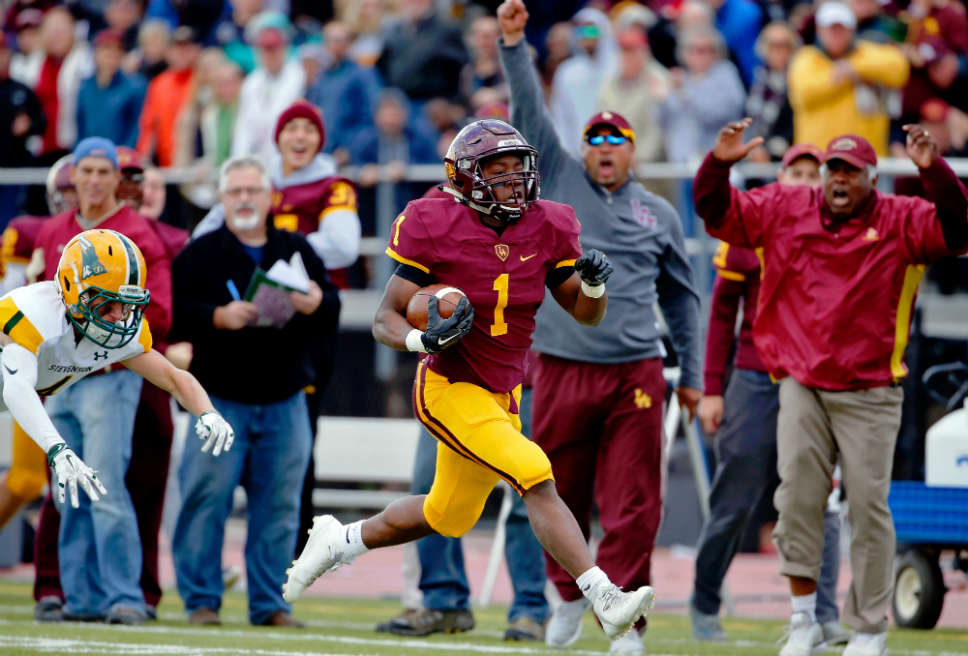 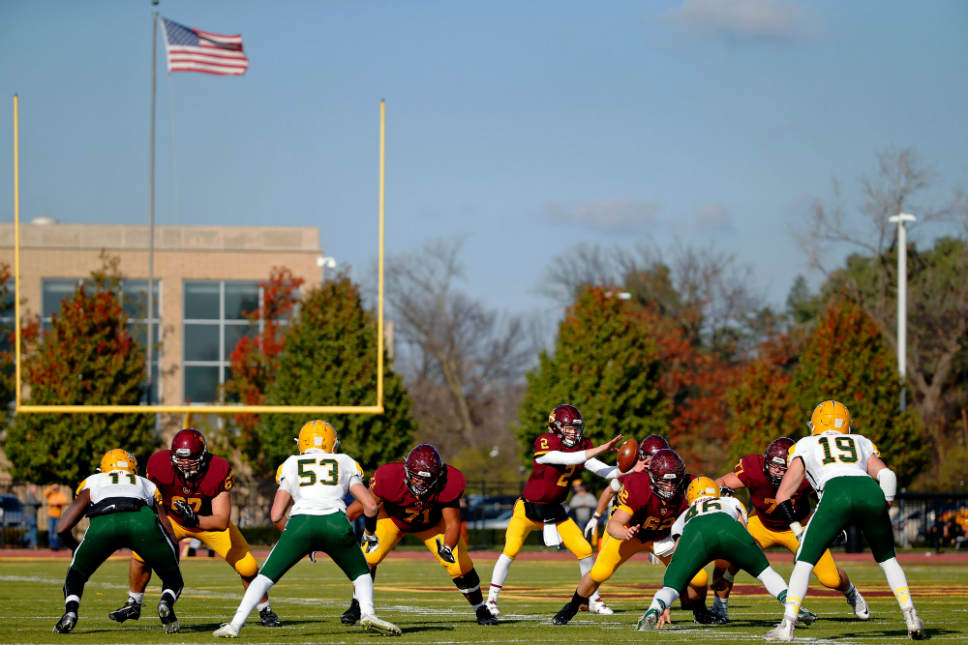 LA quarterback Emmett Clifford handles a snap from center Sam Badovinac. The other linemen in the picture include Daniel Kurkowski (No. 67), Thomas Nute (No. 71) and Jack Badovinac (No. 77). Left tackle John Brekke (No. 75) is not pictured. 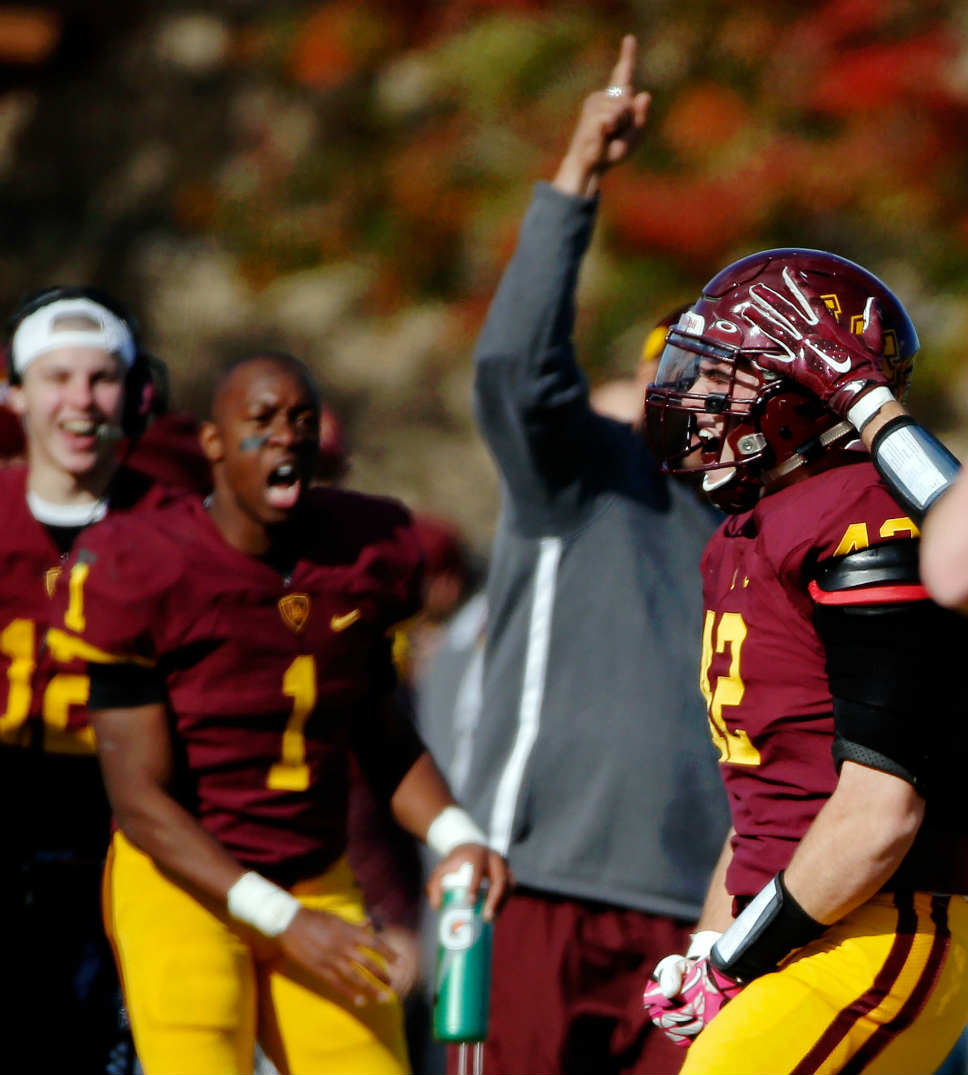 John Shannon of the Ramblers reacts of intercepting a pass in the third quarter. 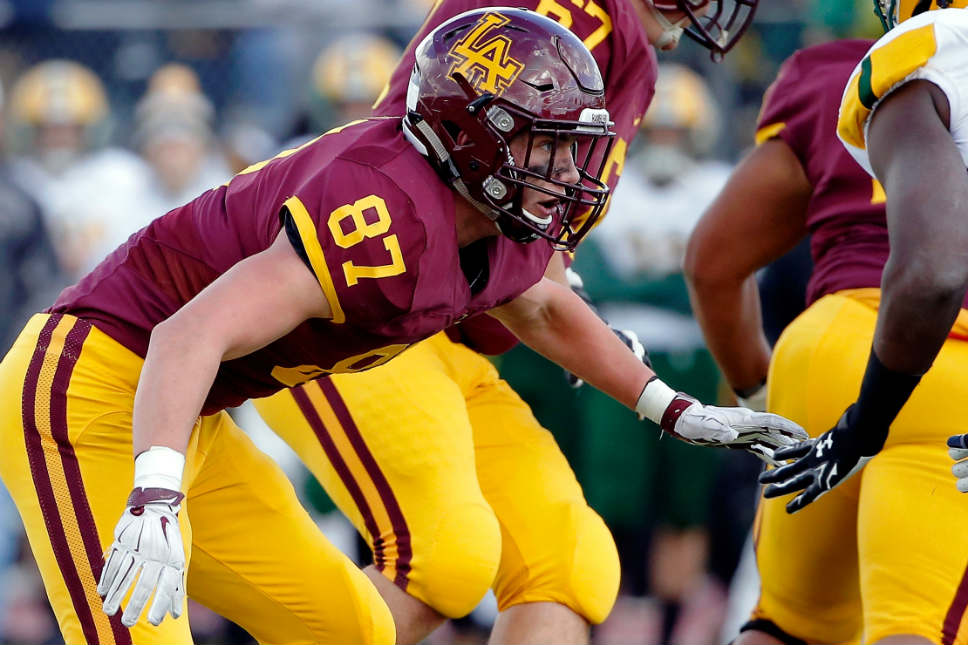 Eric Eshoo of the Ramblers blocks during the second round game. The senior caught four passes for 61 yards, including a 20-yard TD catch in the opening quarter. 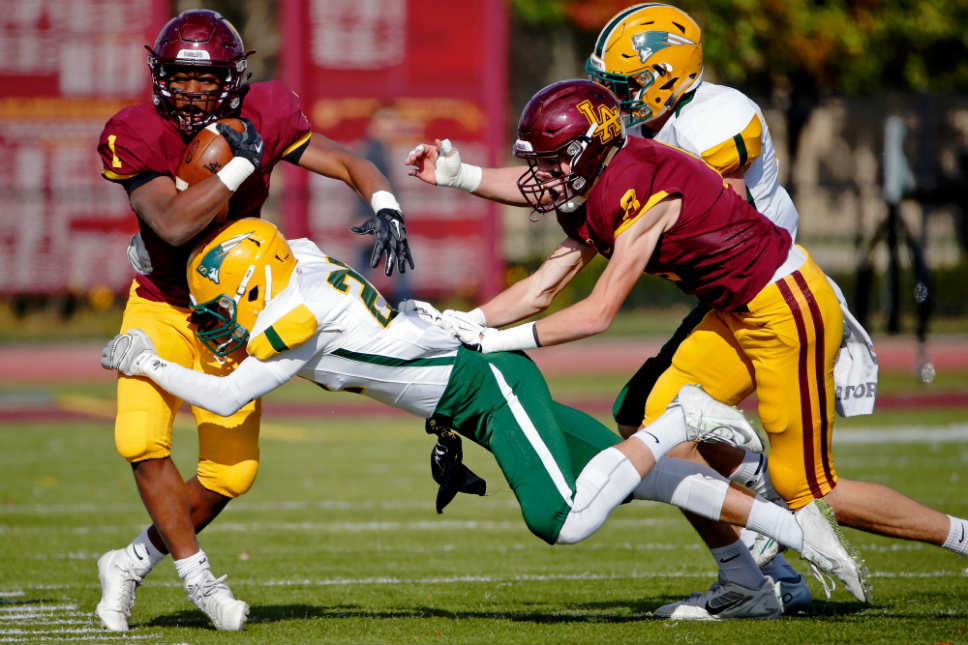 Dara Laja runs the ball, while Robert Sullivan (No. 8) blocks. 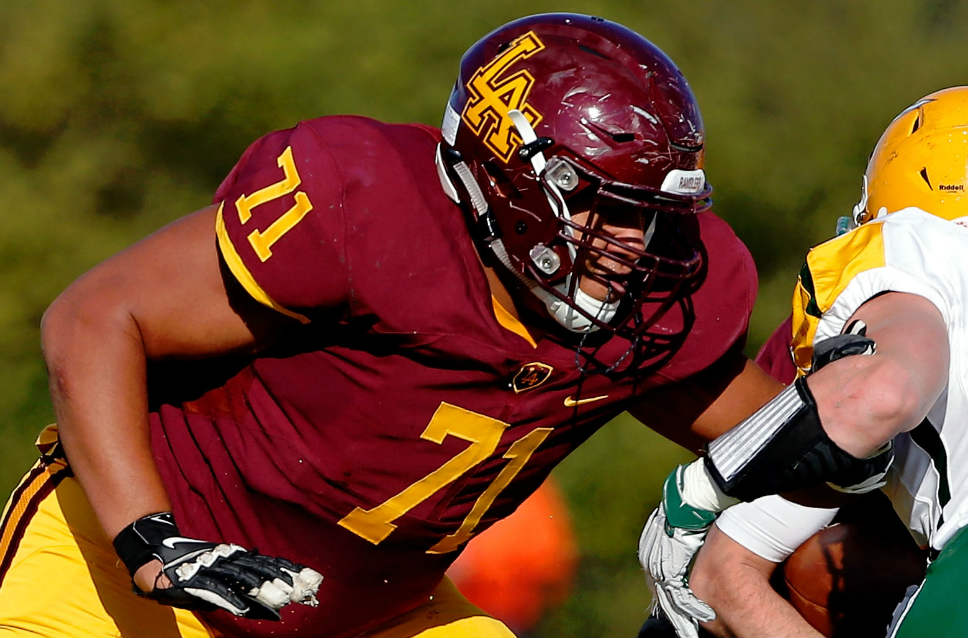 Thomas Nute of the Ramblers competes in the trenches. 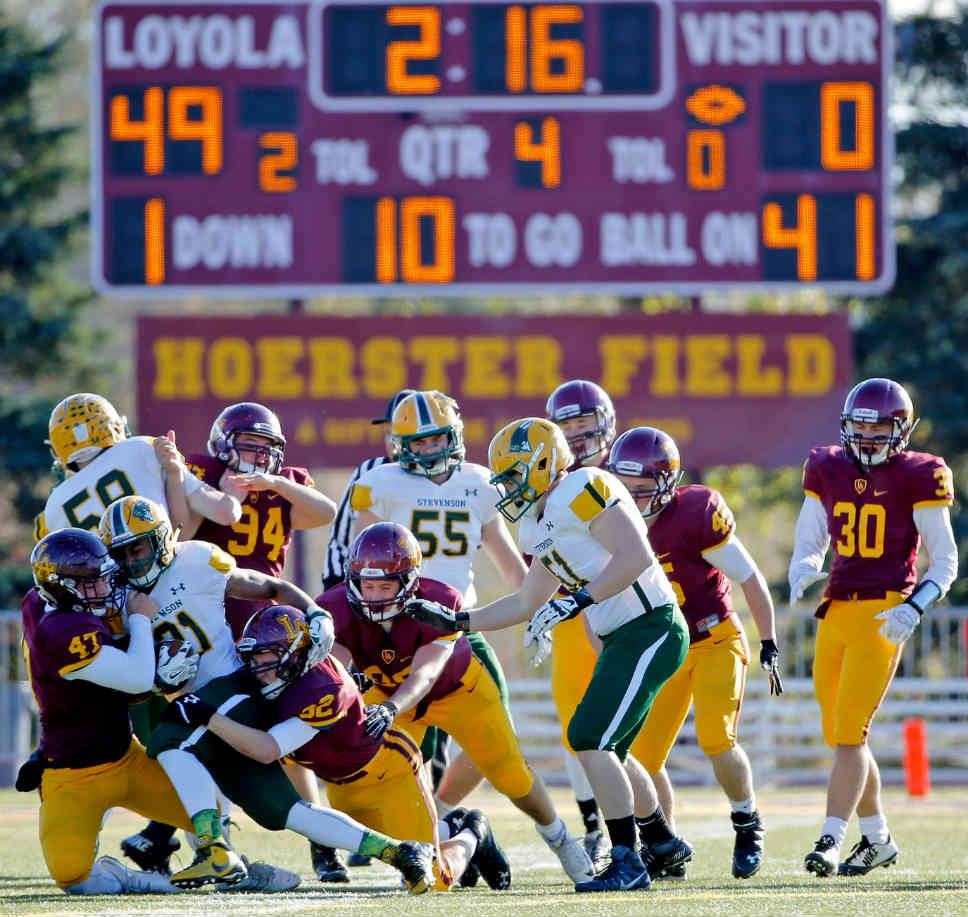