GLENVIEW — Since her daughter became a heroin addict in 2010, PJ Newberg has been fighting something as insidious as the drug: ignorance that there even is a problem.

She started a website and non-profit organization called North Shore Secret Heroin Problem, created a Facebook group with her daughter about heroin addiction, and shared her family’s story in a segment on the CBS show 48 Hours. Closer to home she has conducted community forums and is partnering with several police and county agencies to provide education about heroin addiction.

There still is much work to be done, she said.

“My biggest problem is that people don’t want to talk about it,” Newberg said. “Property values are more important than acknowledging a real issue.”

At 16 when she was a student at Glenbrook South High School, Newberg’s daughter Paula Nixon began using heroin regularly. Like many parents, Newberg said she was “clueless” at first and by the time Paula was in treatment seven weeks later, “things had gone from bad to worse” in a matter of months.

Newberg said several of Paula’s friends overdosed and died, including the boyfriend who originally introduced her to heroin.

A former Cook County addictions counselor and caseworker – and a recovering alcoholic sober for more than 20 years – Newberg was no stranger to the struggles of drug and alcohol addiction and said she’s devastated she couldn’t protect her daughter from the perils.

In the five years since, Newberg has seen her daughter transform to a “shell” of who she once was, shoplifting to support her habit and just barely completing courses for her GED. Paula has been to more than 13 rehab facilities, eight detox programs and has spent time in jail.

“Heroin steals your soul, this drug is the devil,” Newberg said. “It really does steal everything from you – your morals, your values, your pride, your family. You don’t care about anything. Just chasing the drug. …

“[Paula] was homeless for six months and would lose her phone,” Newberg continued. “There were months I didn’t know if she was dead or alive.”

Today Newburg said her daughter is nearly six months clean. Paula, who gave DailyNorthShore permission to publish her mom’s description of her heroin addiction, lives in a halfway house out of state and works part-time, with periodic visits from family. But Newberg constantly worries about heroin’s grip – experts estimate a relapse rate of 90 percent.

“People just don’t realize the level of physical addiction,” she said. “You crave it in your bones. It’s like torture.” 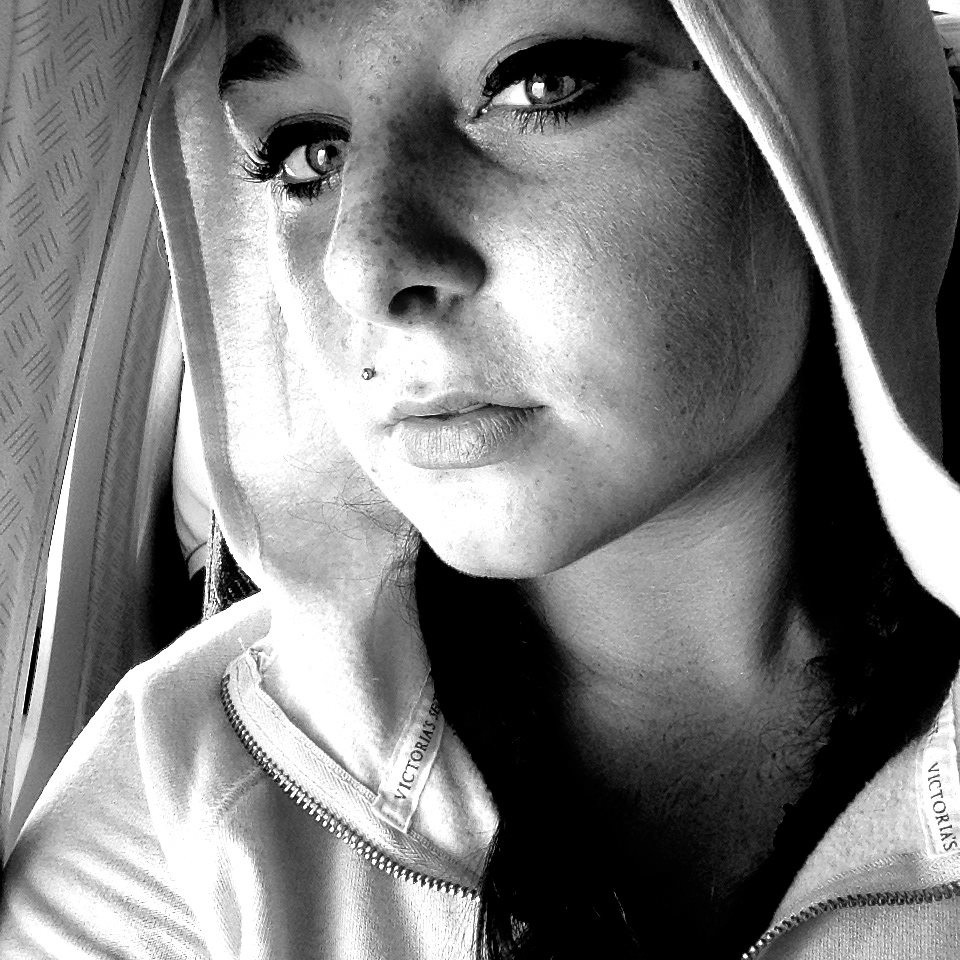 Over the past decade, statistics show heroin use has risen throughout the U.S. with Chicago quickly becoming a hub for the drug that now claims more than 8,200 lives annually. From 2001 to 2014, there was a five-fold increase in the total number of deaths across the country, with Chicago consistently ranking as the worst city for heroin-related deaths, according to the Illinois Consortium on Drug Policy.

Earlier this month, news circulated of a potentially laced batch of heroin, responsible for 75 overdoses over just three days in the city.

And it’s not just happening on the West Side. Today’s addict doesn’t meet the junkie stereotype many parents are familiar with. They are wealthy, suburban users, Newberg said, many of them teenagers who don’t know what they are getting into.

Part of heroin’s newfound popularity is that it’s accessible, inexpensive and no longer has the stigma of generations past, Newberg warned. “When I was growing up, people were scared of it,” she said. “Now they are not scared of it, but they are also not educated.

“It’s cheaper than a six-pack of beer, around five dollars for a small bag, and you don’t have to use a needle,” she continued. “Kids are snorting it and smoking it. They don’t think it’s a big deal.”

It’s also not hard to get your hands on, Newberg explained. “It’s all across the North Shore,” she said. “When I lived in Glenview there was a dealer in my subdivision.”

For some, heroin becomes a more affordable alternative to prescription opiods like Oxycontin and Vicodin; the National Institute on Drug Abuse estimates around 50 percent of young people who use heroin today started with prescription pills. Often, alcohol and other drugs such as Adderall and Valium enter the mix, making for even deadlier combinations.

Newberg said warning signs include cutting class and staying out late; erratic behaviors; lying; depression; irritability; weight loss; and missing money. Physical signs to look for include vomiting, which is a withdrawal symptom; tiny pupils; a slow, soft voice; and nodding off. 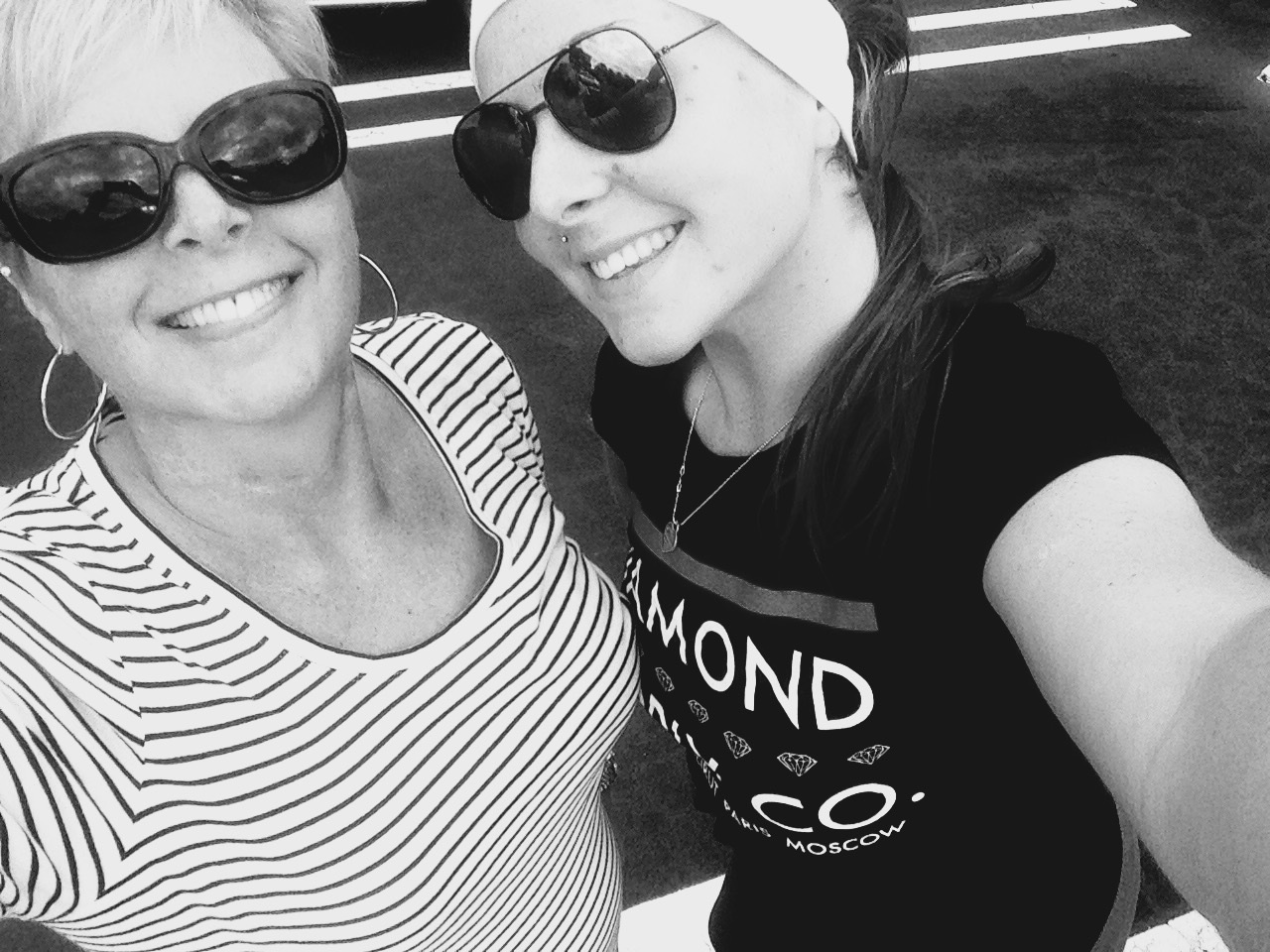 P.J. Newberg and daughter Paula in Florida during a March 2015 visit.

After seeing the drug’s devastation first hand, Newberg began hosting forums at nearby libraries and police stations in hopes of sparking community discussion and connecting with other parents to share her story. To date, she has spoken in Glenview, Northbrook, Wilmette, Deerfield and Skokie and has been featured on various TV, online news and radio segments.

“I don’t want other parents to go through this,” Newberg said. “I have a broken heart everyday. There is nothing that compares to the emotional pain. And it’s not just my kid. It’s happening all over – in our backyards. It can happen to anybody. … Trust me, I didn’t want to be a spokesperson for having a heroin addict daughter. There’s a lot of shame and guilt associated with all of this. But I’m way past that. I’m trying to save lives. Even if it’s just one, it’s worth it to me.”

Several organizations, including the Skokie Police Department and Youth Services of Glenview-Northbrook have used Newberg to educate their staff and most recently, Newberg began partnering with the Cook County Social Services and Probation Departments to share heroin-specific training. Officers learn more about current statistics, how to address use and withdrawal and background on Narcon, an opiate antidote used to reverse overdose.

“I did not raise a criminal,” Newberg told officers at a six-week police training last year. “I didn’t raise a drug addict. I had talks with her. She was a good kid. She was loved.”

Newberg said many counties – including Kane, Will and DuPage – track heroin-related deaths (Cook County does not) and have begun hosting community forums while ramping up education in schools. That’s something she said she hasn’t seen in Cook County, and wants to see more of, especially on the North Shore.

“I will go anywhere and talk to anyone,” Newberg said. “I do this on a mostly volunteer basis and can tailor trainings or forums to whatever the group needs. Not hiding it is the most important part.”

This theme is woven into classroom learning, in student clubs and on athletic teams, Geddeis said. Drug and alcohol use, including heroin, is part of the schools’ health curriculum and parents are invited to informal information sessions at area middle school and during their student’s freshman year, she added.

The schools also offer a Student Assistance Program aimed at prevention, awareness and proactive training of teens, staff and parents.

“The safety and well being of our students is our top priority at the Glenbrooks,” Geddeis said. “Once the school is aware of any health or safety issues, parents are notified, and our staff works closely with those at-risk to connect them with the community resources they need.”

Lee shared his harrowing story of drug abuse and how it tore his family apart.

“Parents operate hopefully, not rationally,” he told the audience. “Children are a reflection of them and how well they’ve done as parents.”

Like Newberg, Lee urges parents to educate themselves and not “go solo” in trying to help their kids.

“You have to find a therapist. Don’t do it alone. I also believe in Alcoholics Anonymous, Narcotic Anonymous, going to church and other ways,” he said. “There are many paths to recovery.”

At the Glenview Police Department, a full-time social worker is staffed to counsel families in need.

“We make ourselves very available,” said Glenview Deputy Chief of Police Stefan Johnson, who estimates one-to-two heroin-related calls per month, mostly for overdoses. “Most of the time, we’re there with the fire department for someone who’s already unconscious.”

On Nov. 17, Newberg will host a forum at the North Suburban YMCA, 2705 Techny Rd. Northbrook Police Chief Charles Wernick will also speak at the event, Newberg said, and she’s hopeful it will resonate with parents.

“I had to kick my own daughter out and truthfully, this has taken my life, too,” she said. “It’s not just deadly. It tears apart families and ruin lives. The education piece is so important.”