Loyola Academy cruised past Mount Carmel 49-21 on Oct. 24 to put the finishing touches on a 9-0 regular season. Photography by Ting Shen. 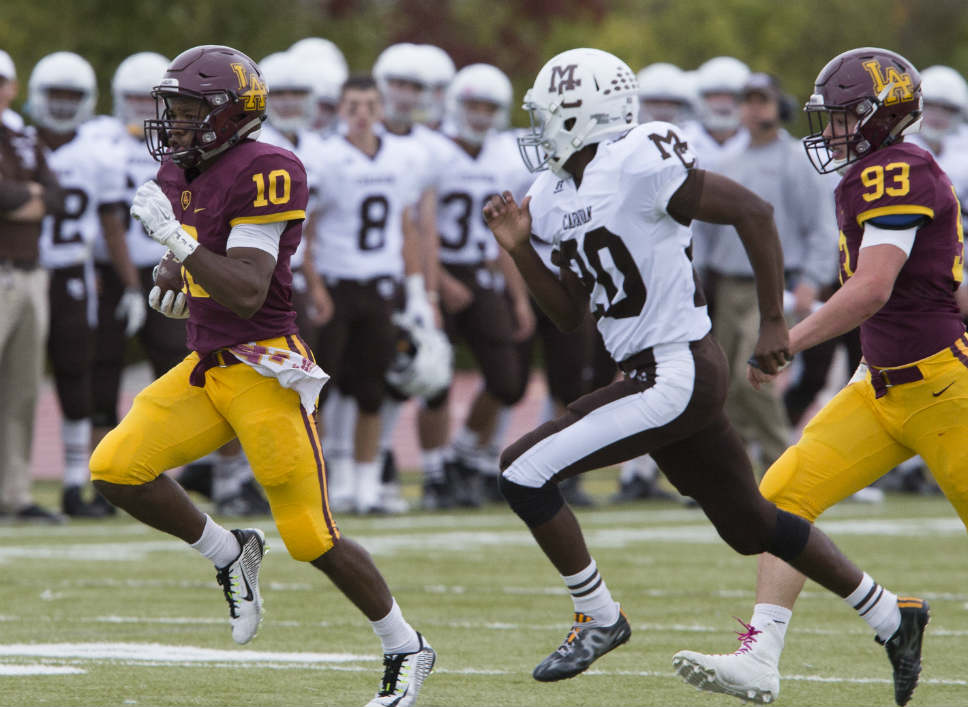 Loyola Academy’s Jonah Isaac races to the end zone on a kick return. He ran back two kicks in the win over Mount Carmel. 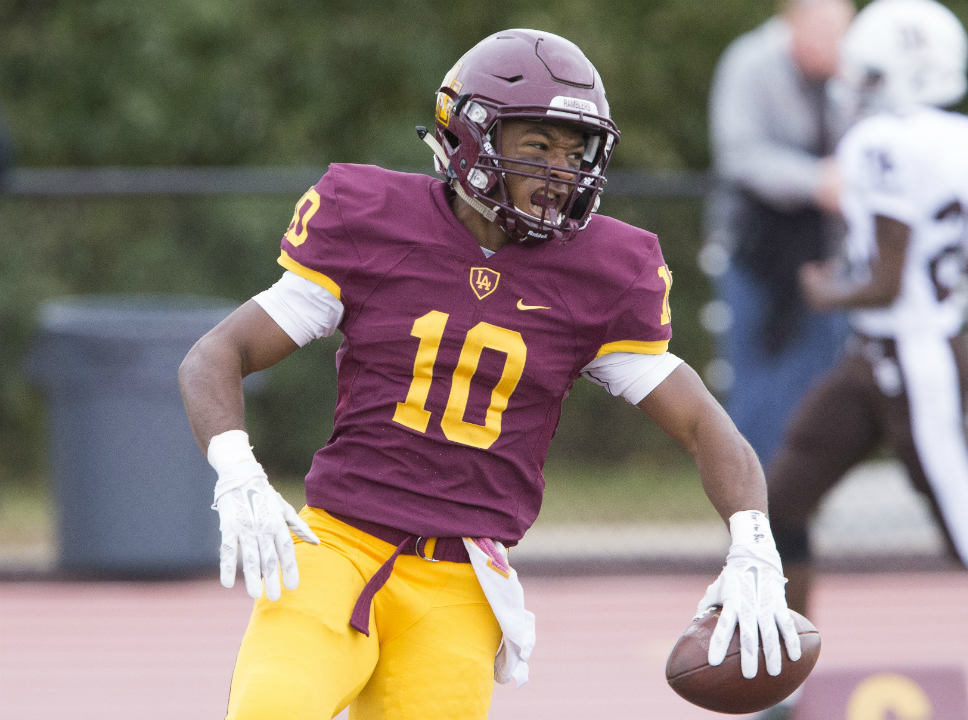 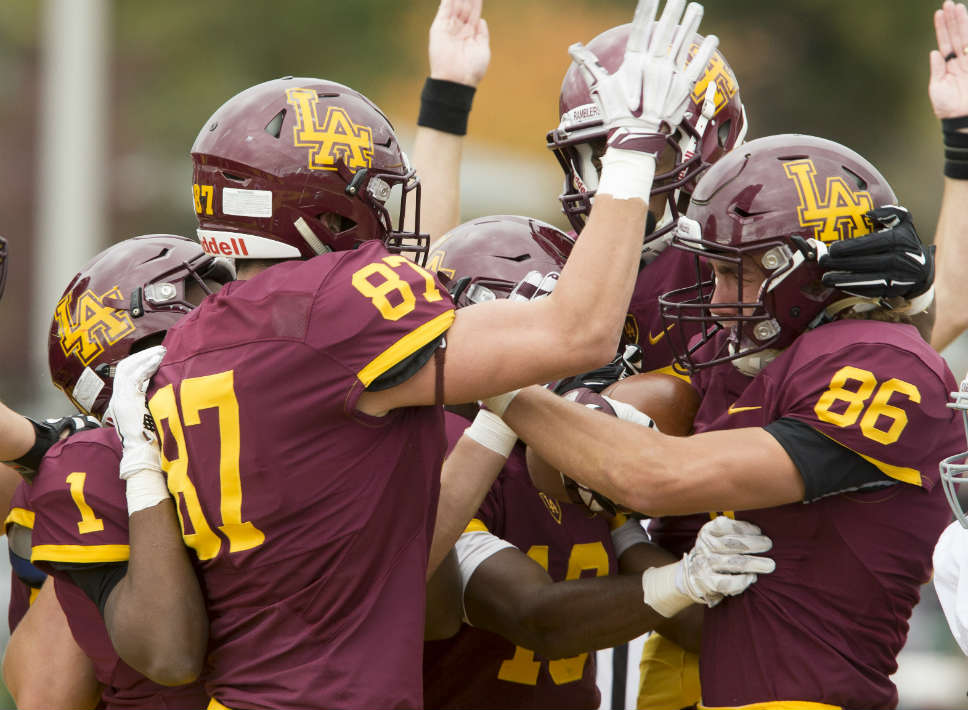 Thomas Smart (No. 86), Eric Eshoo (No. 87), Dara Laja (No. 1) and several other teammates mob Jonah Isaac following one of his kick returns. 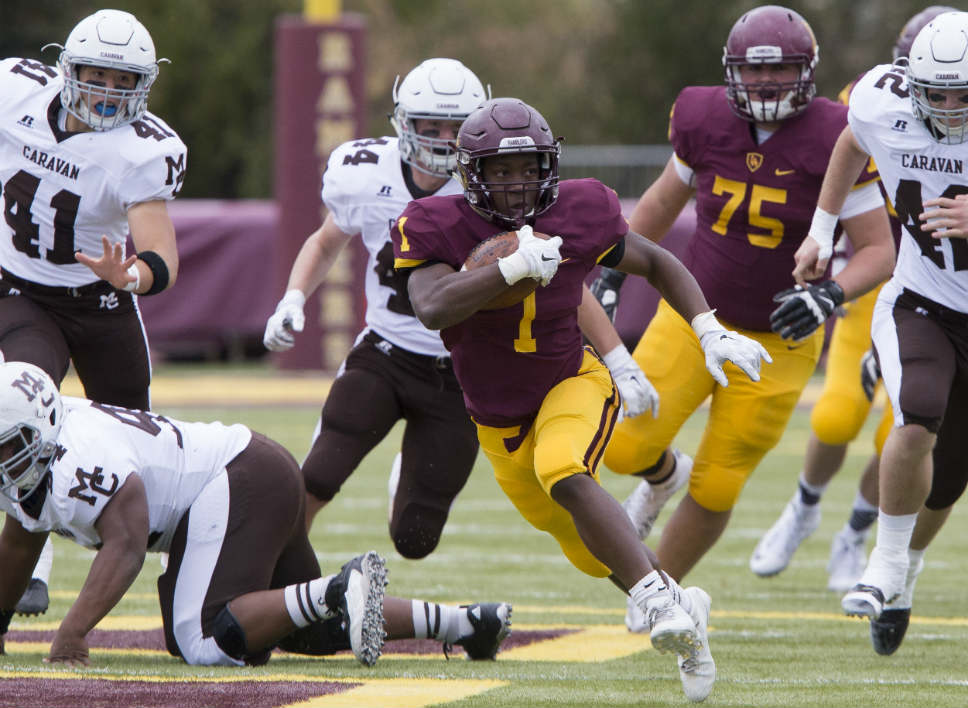 Dara Laja (No. 1) picks up some big yards against Mount Carmel. He finished the game 94 yards to break the school record for most rushing yards in a season. 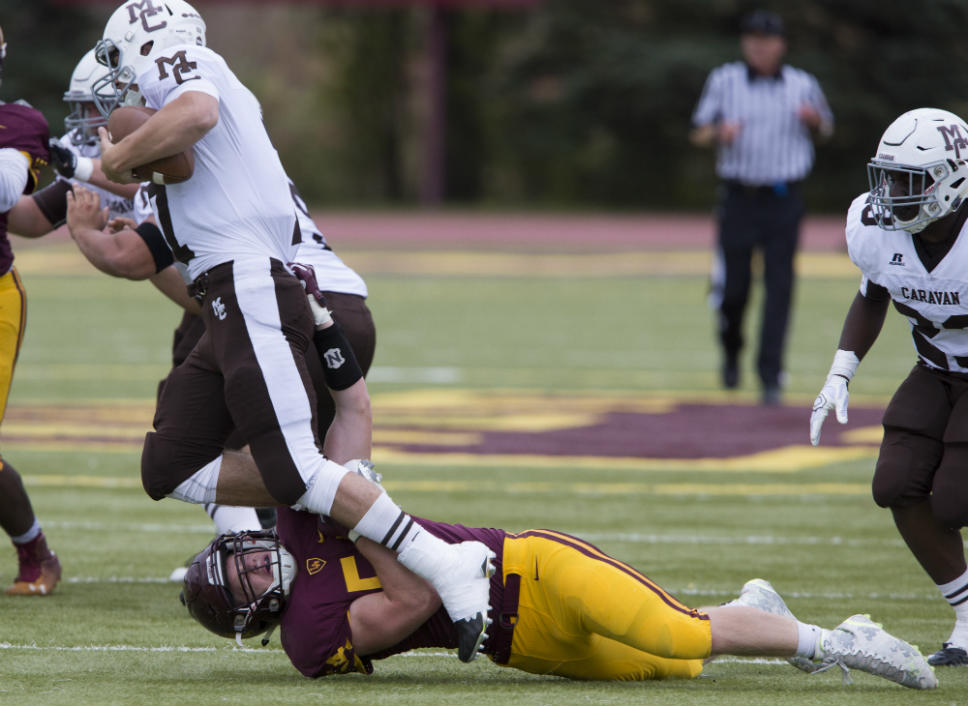 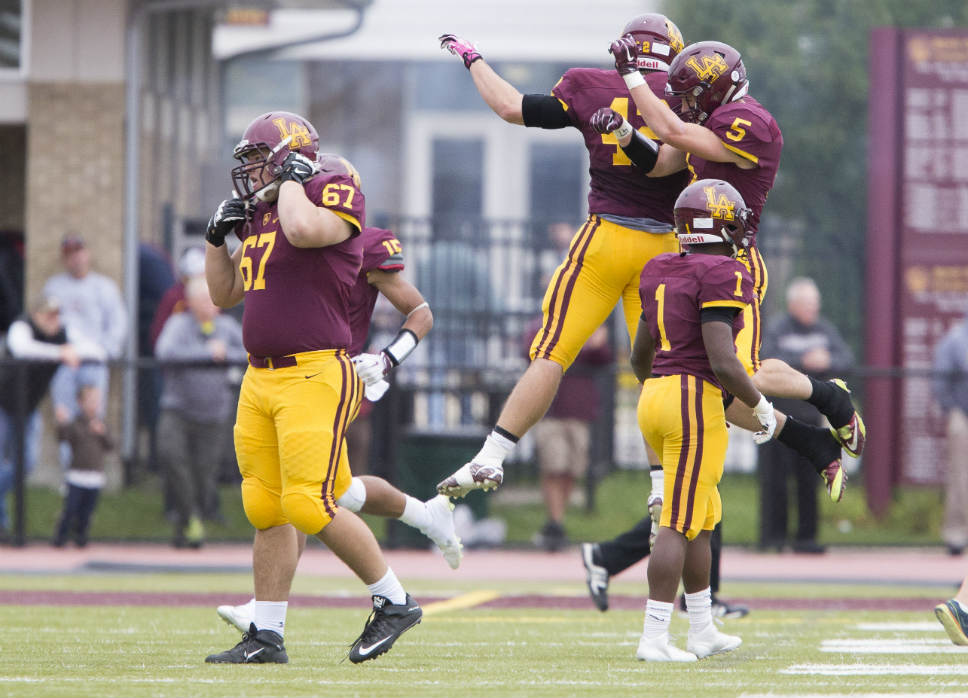 The Ramblers did a lot of celebrating in their 49-21 win over the Caravan. 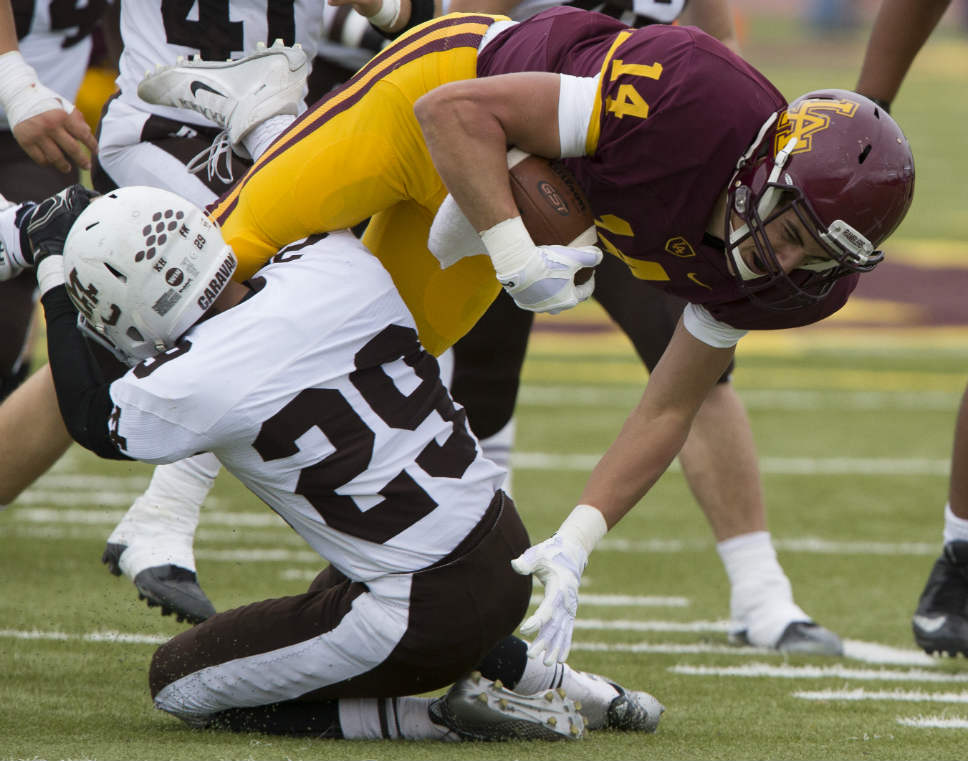 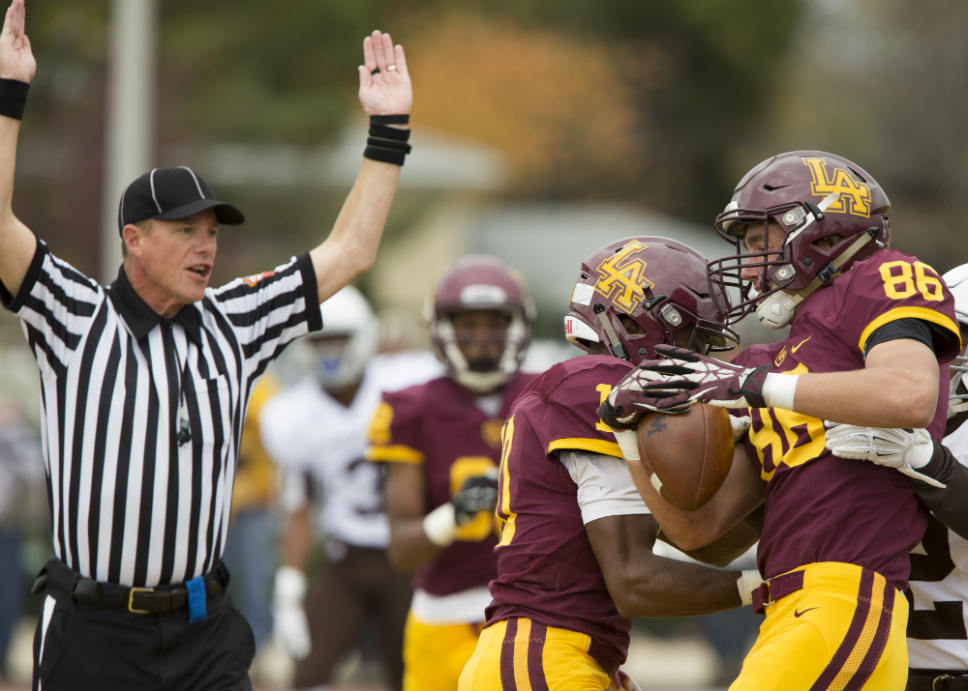