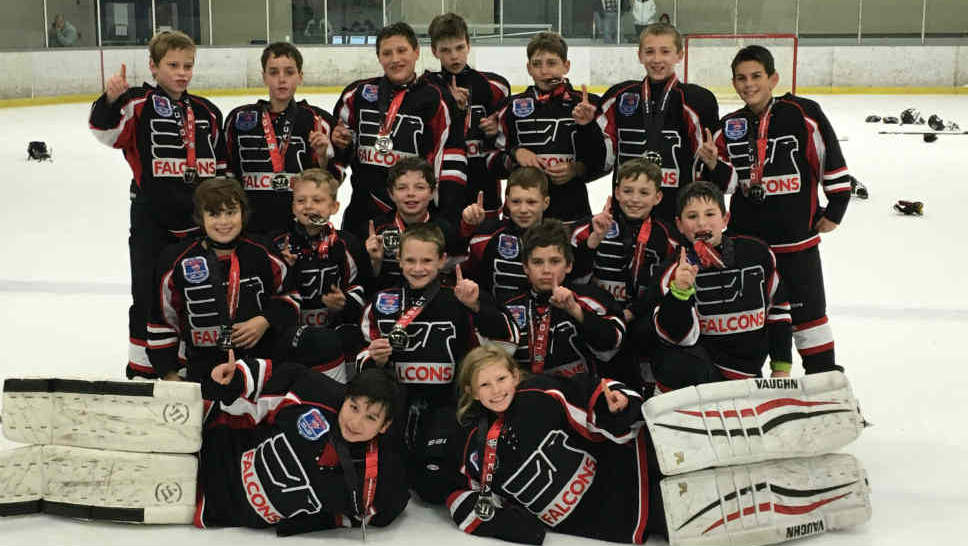 The Falcons Pee Wee Central States Minor Squad, based in Highland Park, captured a 32-team tournament comprised of some of the best teams in the country.

The Falcons notched three shutouts — and allowed only one goal in the final three games — on their way to winning the 2015 Warrior AAA Invitational 2004 Dynasty Division in Troy, Michigan, on Oct. 18. Its 5-0-1 record included victories over the Ohio Blue Jackets, the Pittsburgh Penguins and, for the championship, the Florida Alliance.

The Falcons’ program overall achieved notable success at the tournament. The 2003 team also made the finals, while the 2001 squad advanced to the semifinals.

“The Warrior is one of the toughest tournaments in the country, and all should be proud of our players’ great success,’ ” noted Steve Dry, president of the organization.