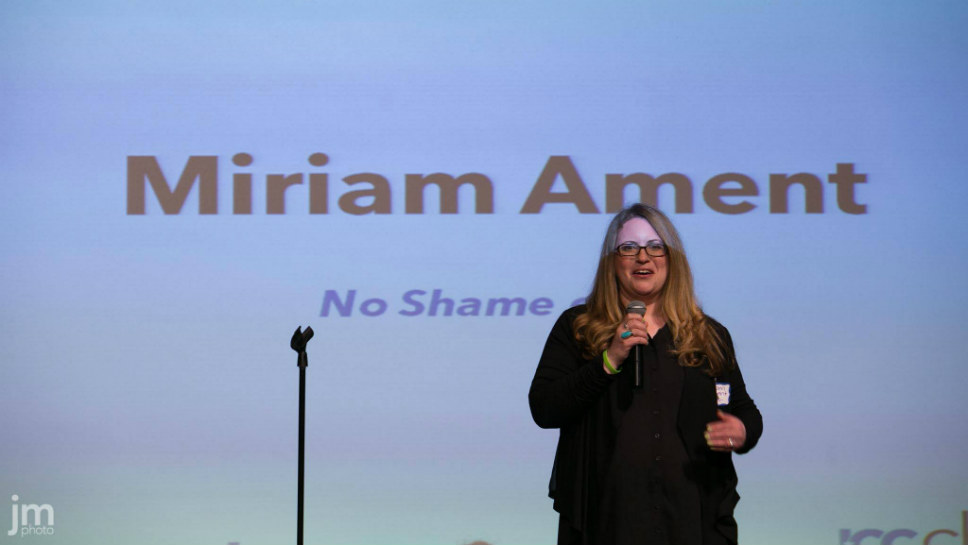 Miriam Ament, founder of No Shame on U

“Depression is like high blood pressure, or diabetes,” said Ament. “If people would think of it as a physical illness it would be more acceptable. That’s our goal.”

Ament was inspired to start No Shame on U after she met actress Glenn Close. “I won a charity auction and had lunch with her and spoke about her sister who suffers from depression,” said Ament. “She started the charity Bring Change 2 Mind, and her sister Jessie Close is an ambassador for the organization.”

“I am hoping that my story, as someone who was hospitalized for depression, faced stigma and isolation during the worst of my depression, and took over a decade to open up publicly about it, will be relatable to people of all ages and a great complement to the amazing work that Glenn Close, Brandon Marshall and many others are doing,” said Ament.”

Ament began feeling symptoms of depression as a teenager. She admits that she wasn’t consistent with taking her medication and continuing treatment in her twenties. Ament didn’t realize how severe her depression was until years later when she was hospitalized in 2002. At the time, her friends and family weren’t able to provide much comfort.

“It’s tricky about who to trust, and a lot of people didn’t know how to deal with it,” Ament said.

Ament recommends looking for the following warning signs of depression:

People who experience these symptoms should call the crisis hotline 800/273-TALK or text 741741.

Though Ament is not a licensed social worker, she is certified in Mental Health First Aid, and provides resources for low cost therapy.

“I monitor my mental health every day and hope that people will see how clear it is that mental health should be treated in the same way as physical health,” said Ament. “This message is important for all ages and, particularly teenagers need to know there is no shame in getting help. By reaching younger people with the message, No Shame on U is hoping to have a greater impact earlier on and mental health will not need to be taboo or hidden anymore.”

Ament decided to leave her job as a paralegal in a law firm to found No Shame on U after she had “been in a better place for a decade,” she said.

Kevin Briggs, author of The Guardian of the Golden Gate Bridge, will be the keynote speaker at the No Shame on U inaugural event on Nov. 7. Former California Highway Patrol officer Sergeant Briggs saved over 200 lives during his 17 years patrolling the bridge.

Briggs explained that this was an example of on-the-job training. “I didn’t have any sort of training when I first started, which was a disservice to everyone at the time. The highway patrol still has a long way to go, and I would like to see it incorporated into the academy,” he said.

Briggs lost two people on the Golden Gate Bridge, which he considers “two too many.”

Briggs felt so badly after losing one young man that their family rabbi called to comfort him the next day. “The rabbi said, If you ever stop feeling the way you do now, then you have to get out of there,” reflected Briggs. 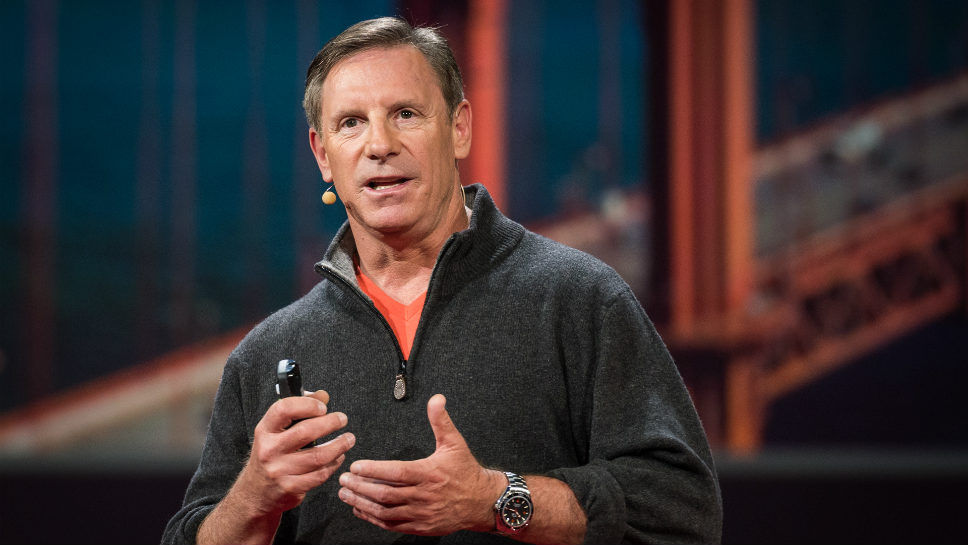 Kevin Briggs during a “Guardian of the Golden Gate Bridge” TED Talk.

Like Ament, Briggs has also struggled with depression. He had cancer when he was in the Army, and lost his mom when she was 49. “I would be fine at work, but afterward I just sat on the couch. This lasted for years until I was diagnosed,” said Briggs.

Briggs’ book, Guardian of the Golden Gate Bridge: Protecting the Line Between Hope and Despair was released in July. Briggs wrote about both of his grandfathers in the book, which is available at Amazon. His maternal grandfather was seriously injured while working on a power line, which was supposedly disconnected. Unfortunately, he lost both of his arms. He studied hard and became a judge, said Briggs. Sadly, Briggs’ paternal grandfather committed suicide at a young age.

The book also tells how depression affects officers, and provides good tools for how to talk to people in crisis. “When you look into a person’s eyes and you see a person who wants to live, but they don’t know how, you try everything you possibly can to save them,” reflected Briggs.

Currently, Briggs travels around the world “searching for answers and trying to get through to folks who need it the most,” at mental health organizations and colleges.

Briggs looks forward to signing copies of Guardian of the Golden Gate Bridge: Protecting the Line Between Hope and Despair, and talking to people after his address at the No Shame on U inaugural event on November 7.

“It’s a bonding experience talking to people one on one. It’s very therapeutic for me too,” said the humble hero.

The No Shame on U inaugural event will be held on November 7 at 7 p.m. at the Skokie JCC, located at 5050 Church Street. Tickets are $10, and appetizers, desserts and coffee will be served.

For more information visit  No Shame on U.