With its 24-21 over the host Trevians, Maine South pushed its win streak against Central Suburban League South foes to 73.

Here’s the game in pictures by photographer Ting Shen. 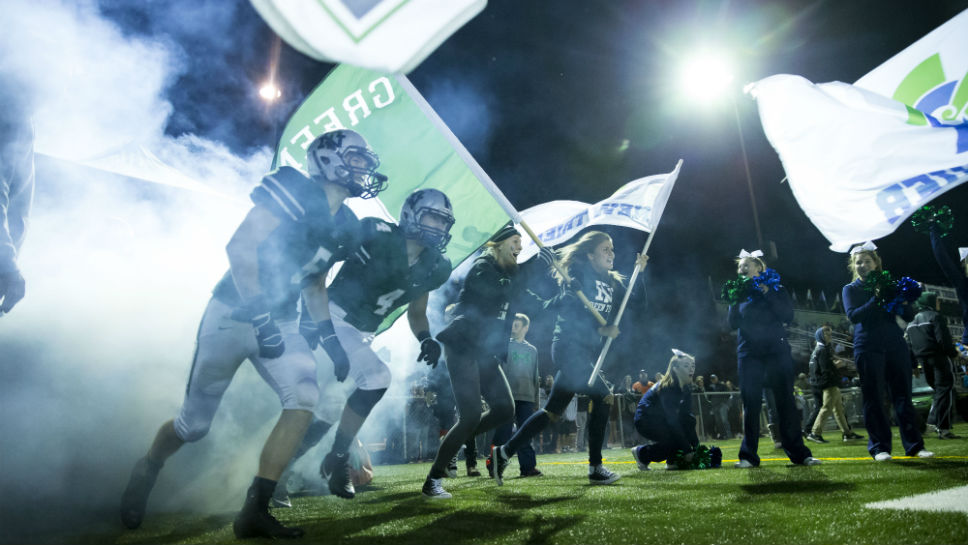 New Trier’s Charlie Stimson (No. 5) and Colin Casas (No. 4) race onto the field at the start of the NT-Maine South game on Oct. 9.

New Trier’s Francis Fay (No. 3) celebrates a touchdown with teammate Christian Miller. Marcel Bauby is No. 65. 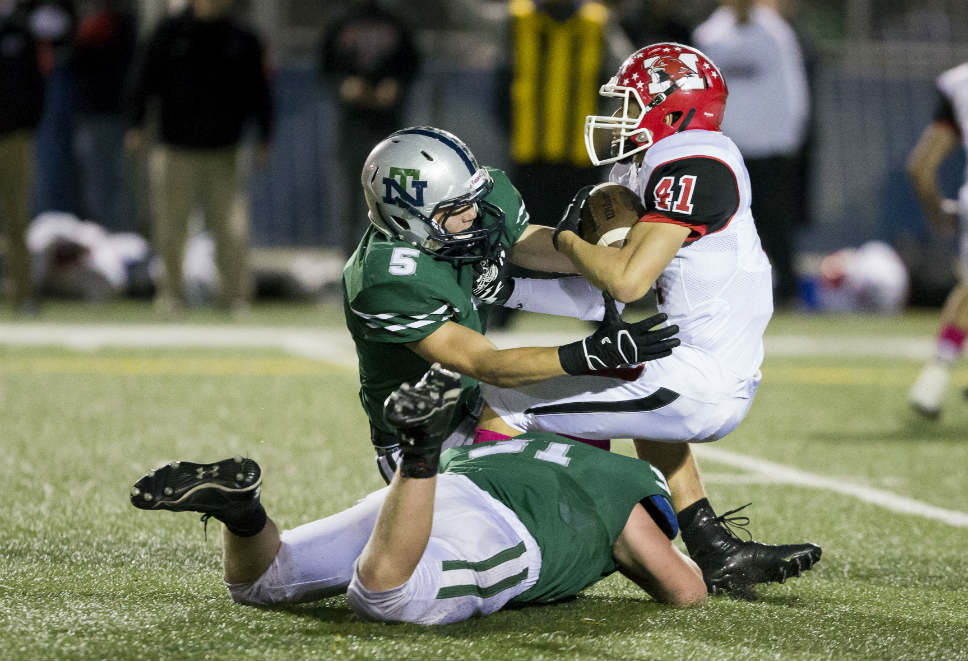 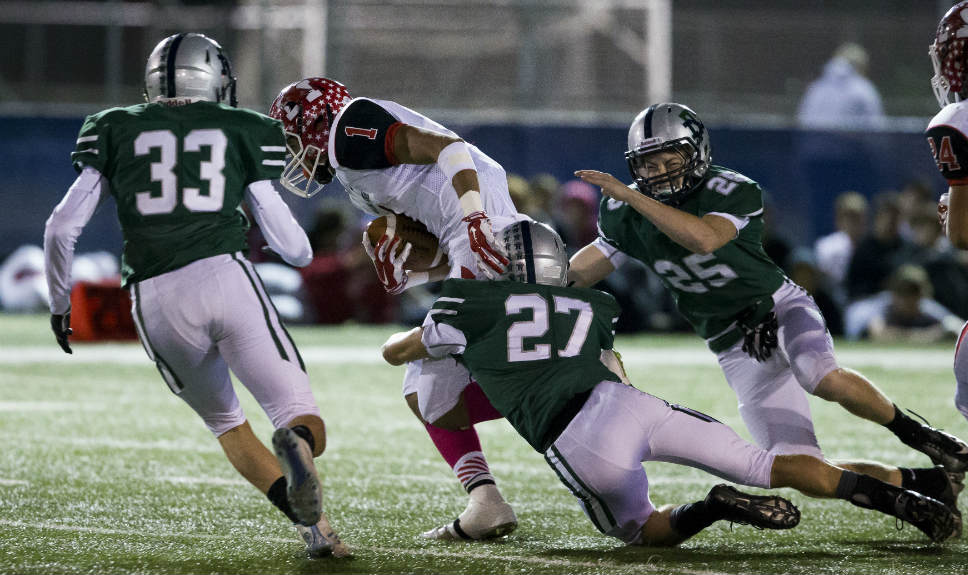 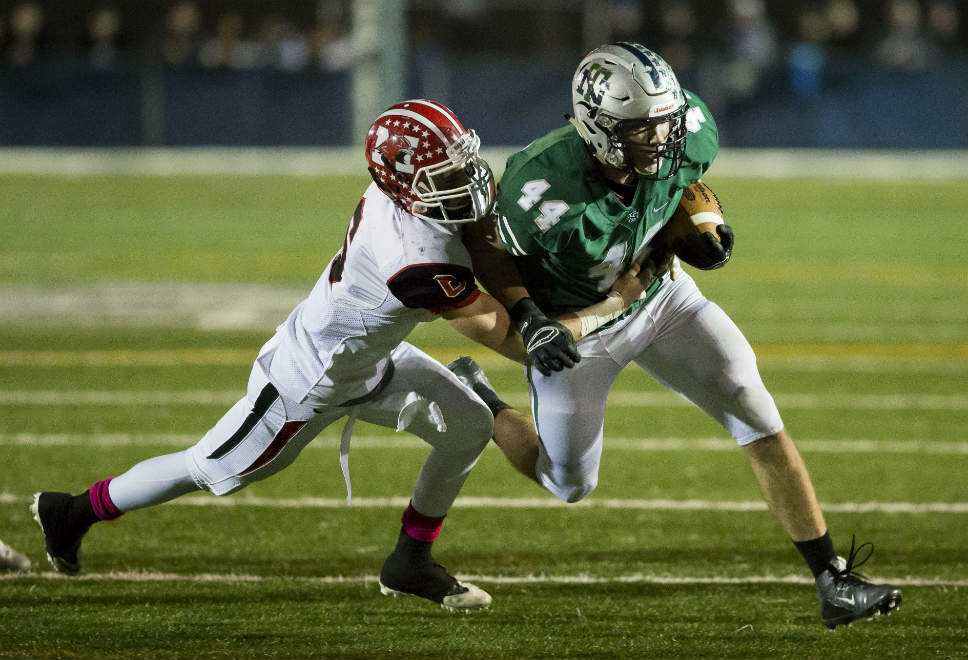 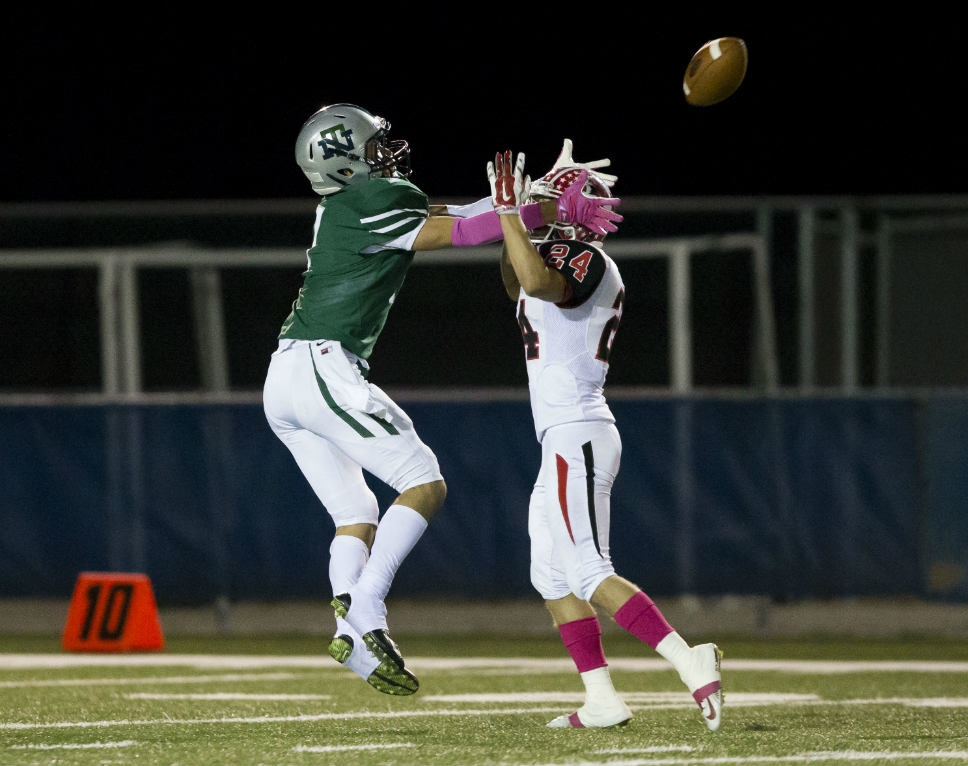 NT’s Eric Nicholas tries to make a catch over the helmet of Maine South’s Matt Schneider. 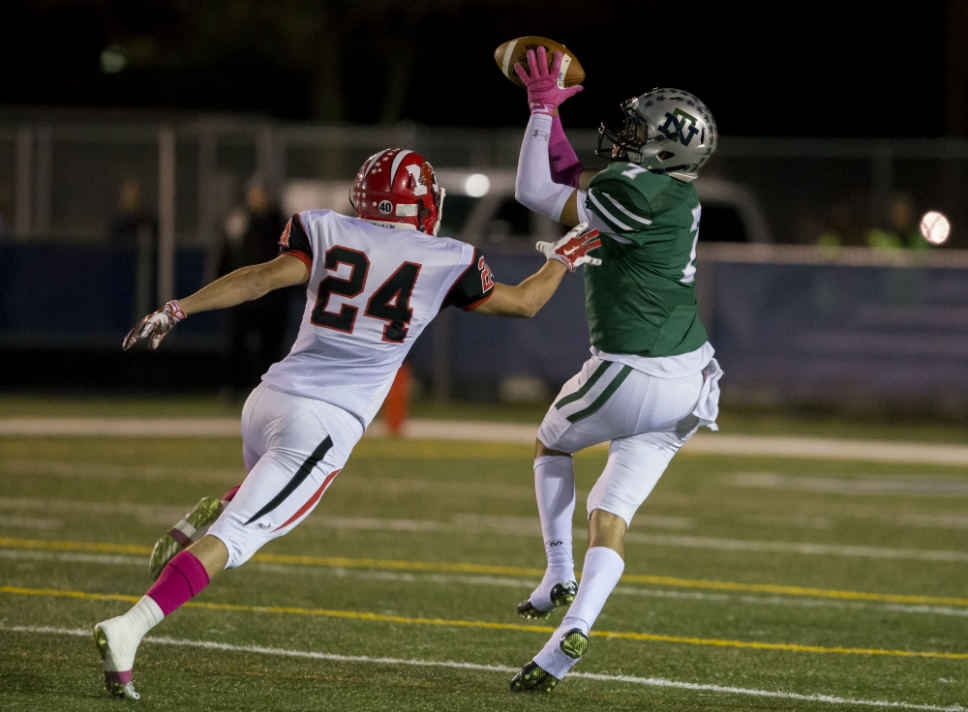 NT’s Eric Nicholas hauls in a touchdown catch against Maine South in the opening quarter. 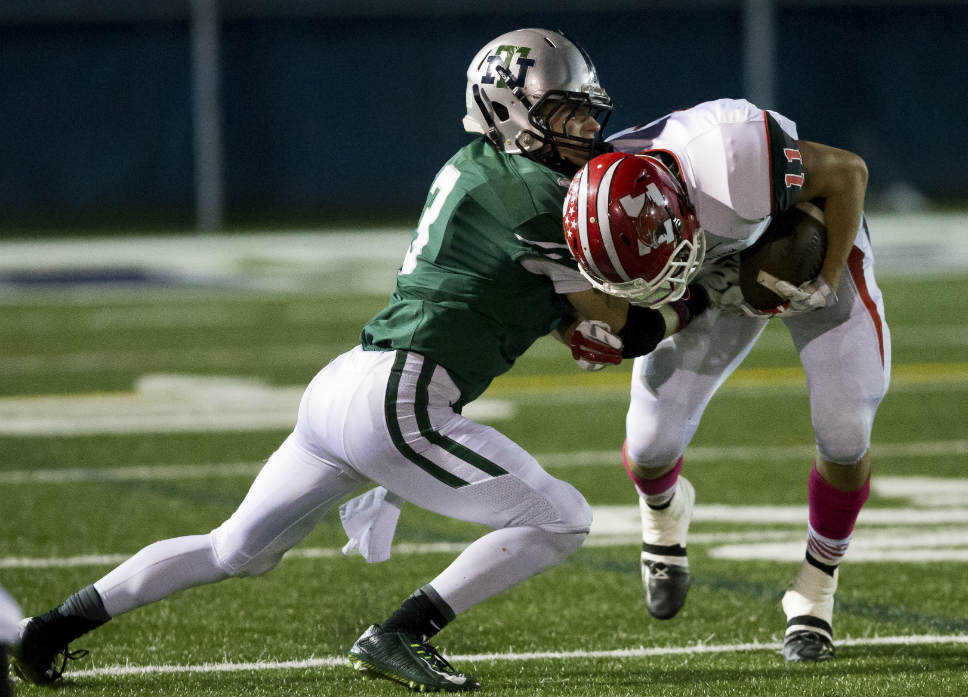 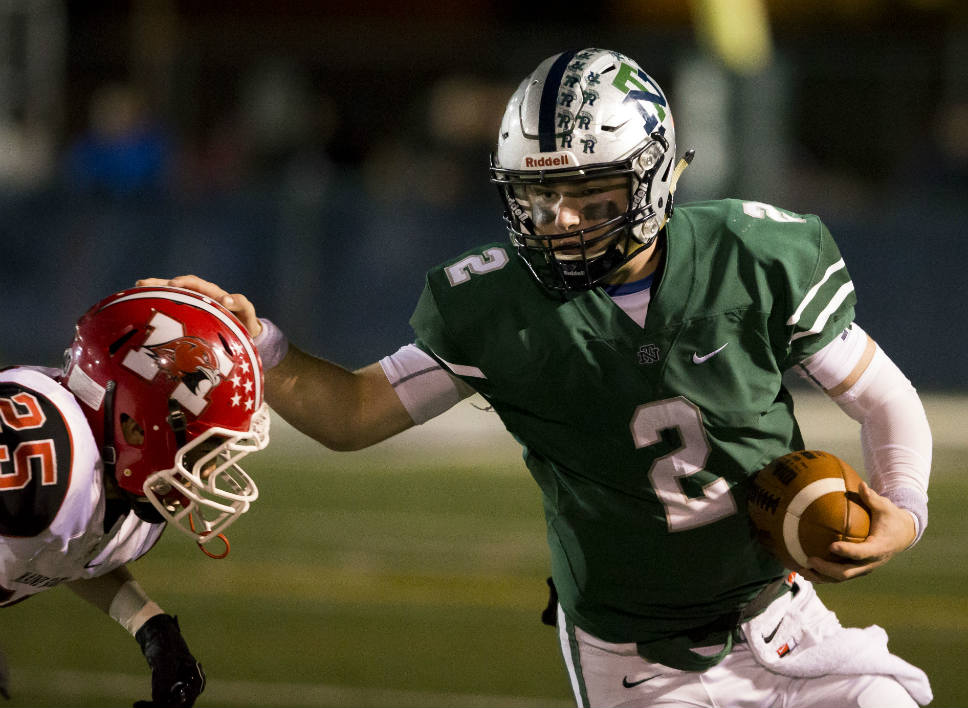 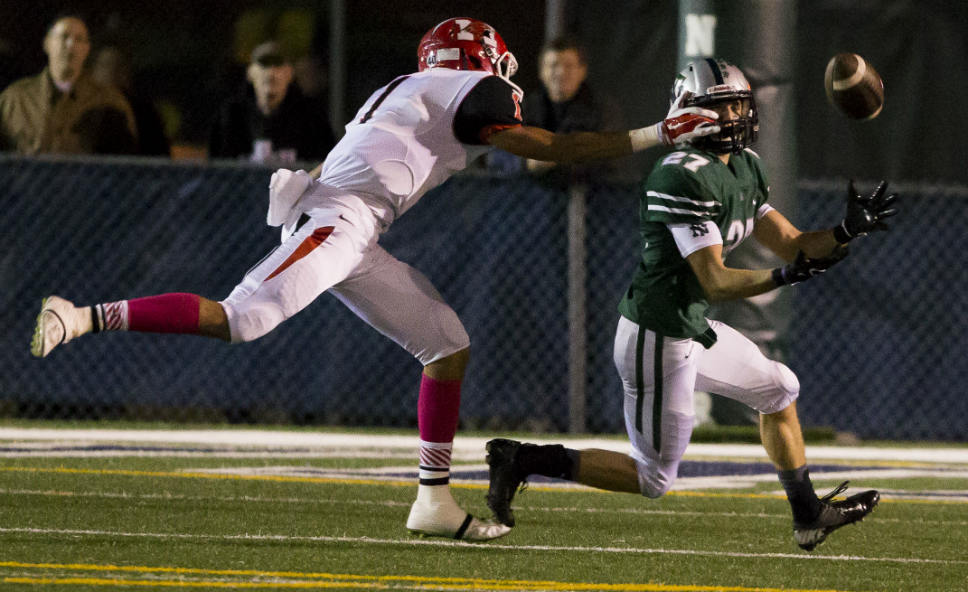 New Trier safety Luke Bartzis (No. 27) gets into a position to intercept a pass intended for Maine South’s Jon Arenas … 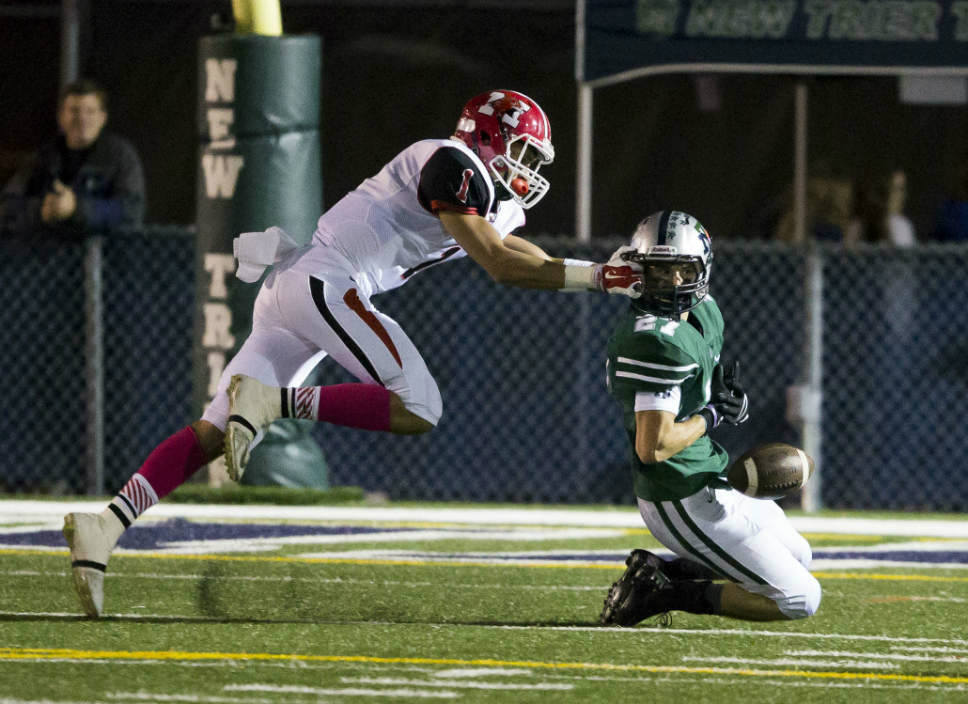 … but drops it when Arenas grabs and his face mask … 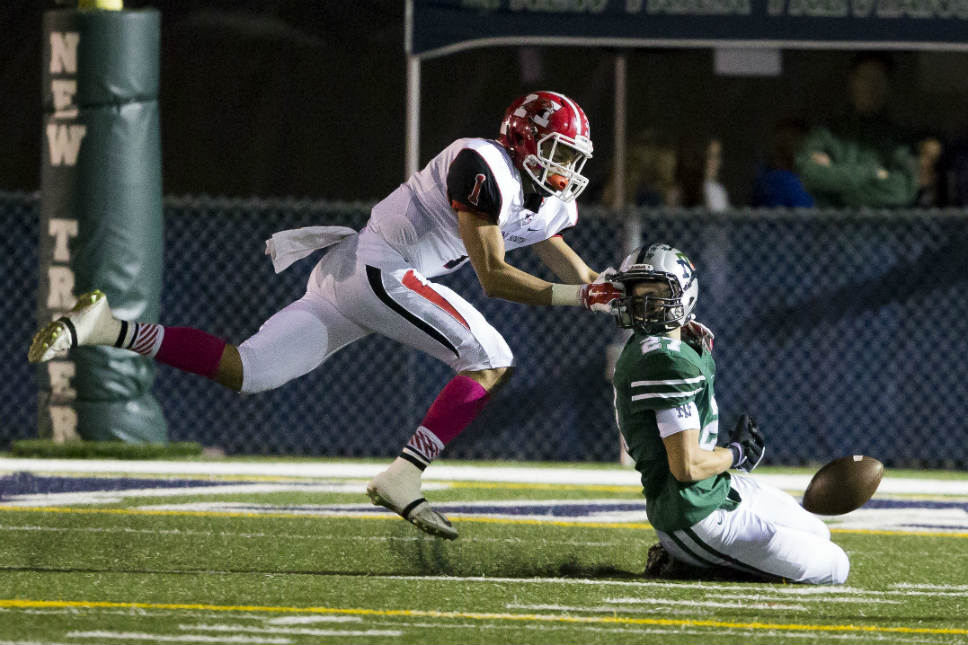 … no penalty was called on the play.