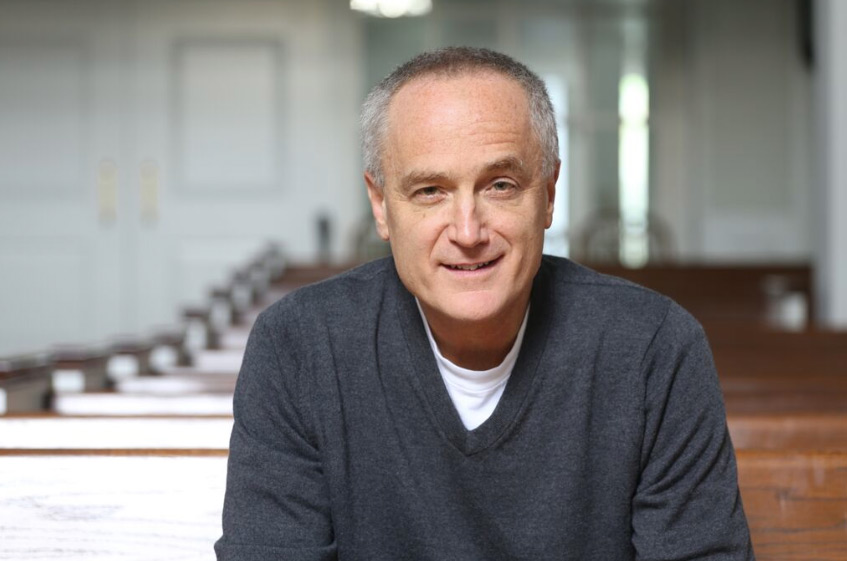 LAKE FOREST – Pastor Mike Woodruff was doing research for a book called Broken: Preparing for the Day When Life Stops Working and Your Faith Is Tested, when out of the clear blue sky his body stopped working and his faith was tested.

It was Good Friday 2014, and Woodruff was sitting at his desk to prepare for Christ Church’s biggest weekend of the year, when 1,800 worshippers plus hundreds more would fill its campuses in Lake Forest and Highland Park to overflow crowds for Easter services.

Woodruff stood up and felt dizzy.

“I must be getting the flu,” he thought. “Or maybe its just dehydration.”

A few moments later he had another dizzy spell, worse than the first. By evening Woodruff was vomiting, and by dawn he was so dizzy he couldn’t make it to the bathroom of his Lake Bluff home. His wife, Sheri, called 911 and paramedics took him to Northwestern Lake Forest Hospital, where doctors determined he’d had a stroke.

He was 53 years old and an avid runner and swimmer who only the day before had received a clean bill of health at his annual physical.

“I had what’s called a spontaneous vertebral artery dissection,” said Woodruff, when he met with me in September to talk about the growth and expansion of Christ Church (click here to read that story). “The doctors think it happened from swimming – the repetitive motion of breathing to one side wore down the left artery. It frayed, blood got into the lining and it ballooned out, causing a stroke.”

This is very rare, he added. “They said it happens to only .02% of the population.”

Woodruff’s stroke threatened the area of the brain that controls movement, leaving him unable to swallow or balance and with numbness, vertigo, terrible headaches, challenges to his vocal chords and ataxia – or lack of order to his movements.

“SVAD is very dangerous — a very bad diagnosis to get,” said Anthony Barber, a neurologist and Christ Church member who consulted with Woodruff during his recovery (Barber recently relocated to Colorado for a new job). “It’s a severe issue because you are fighting not only the blockage of blood flow to the brain, but you tend to hemorrhage as well. Any sort of brain hemorrhage is a dangerous situation.”

Also unexpected has been Woodruff’s recovery after an initially grim prognosis that left doctors uncertain whether he would walk or talk again. Barber considers his recovery a miracle.

“The fact that he came out of this – and also how much he has recovered, and how quickly he recovered in four months – is pretty remarkable,” Barber said in a telephone interview. “Is it a miracle? I’m fine calling it that because I approach science through my Christian beliefs. God intervenes – not on all things, but he does intervene.”

Before Woodruff had the stroke, while he was doing research for Broken, he found himself wondering if he needed to suffer in order to prepare for the book, which was the year’s theme for the education series that he produces.

“I prayed that would not happen, but God had other plans,” he said.

Was his faith tested? Did he wonder why me? Did he feel forsaken when he could not move or talk or swallow and doctors questioned whether he would ever preach again?

Yes his faith was tested – and it passed the test. No he didn’t wonder why me. And no, he didn’t feel forsaken. Quite the opposite.

“The first thing I thought was that I didn’t see this coming,” Woodruff said, referring to his annual physical just prior to having the stroke. “But I never felt God had forsaken me. … Even when I didn’t know if I would get better, I felt – ‘OK, God’s got this.’ ”

It turned out that Woodruff felt closer to God after the stroke and during his recovery than ever before.

“And as time goes on and I am back in my day-to-day life, I’m losing that closeness,” he said. “I don’t want to lose it.”

But he appreciates other things, worldly things, much differently now: walking, talking, swallowing, eating. During the ordeal, his love for Sheri deepened, and they both experienced joy watching their 20-something sons, Austin, Ben and Jason, step up and act like men.

Today, a year and a half after the stroke, as he prepares for the Thanksgiving and Christmas seasons, Woodruff said he has recovered to about 85% of his former self. He still has some vision and balance issues, and doctors tell him that at this point this is as good as it’s going to get.

“There’s nothing like getting knocked helpless to make you appreciate what it’s like for people who are struggling,” he wrote in his blog (www.mikewoodruff.org) just three weeks after he had the stroke. “I see God’s hand in this. I’m thankful that I had this stroke when I did. Lord willing, I still have 20-25 years of active ministry ahead of me. I’m not sure this was a good ‘career move,’ but I do think it will help make me a better pastor during the next couple decades.”

This story is part of a DailyNorthShore.com series on North Shore houses of worship and their leaders. Visit this link to read “Church on a Mission,” about the growth of Christ Church Lake Forest and its expansion to Highland Park and Grayslake/Libertyville. And click here for a Q&A with Rabbi Wendi Geffen of the reform synagogue North Shore Congregation Israel in Glencoe. 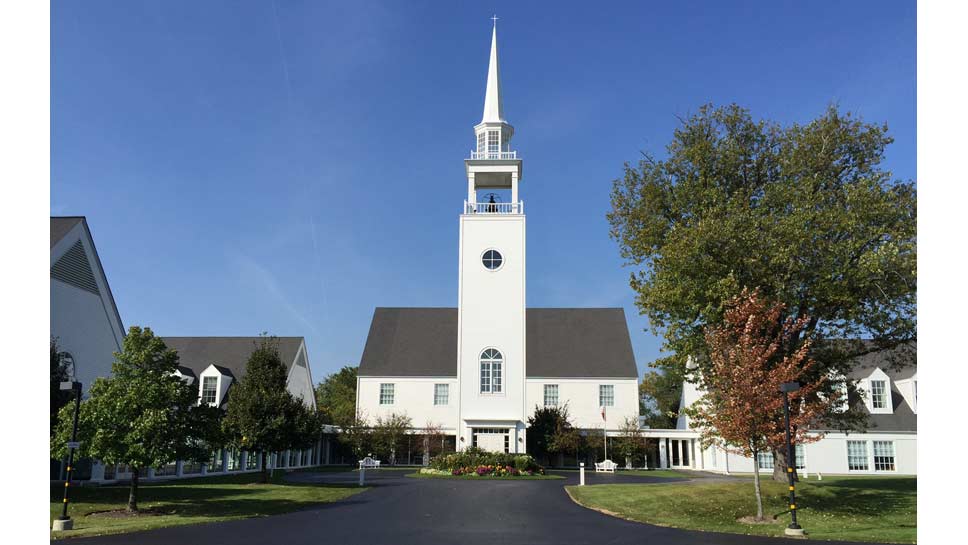