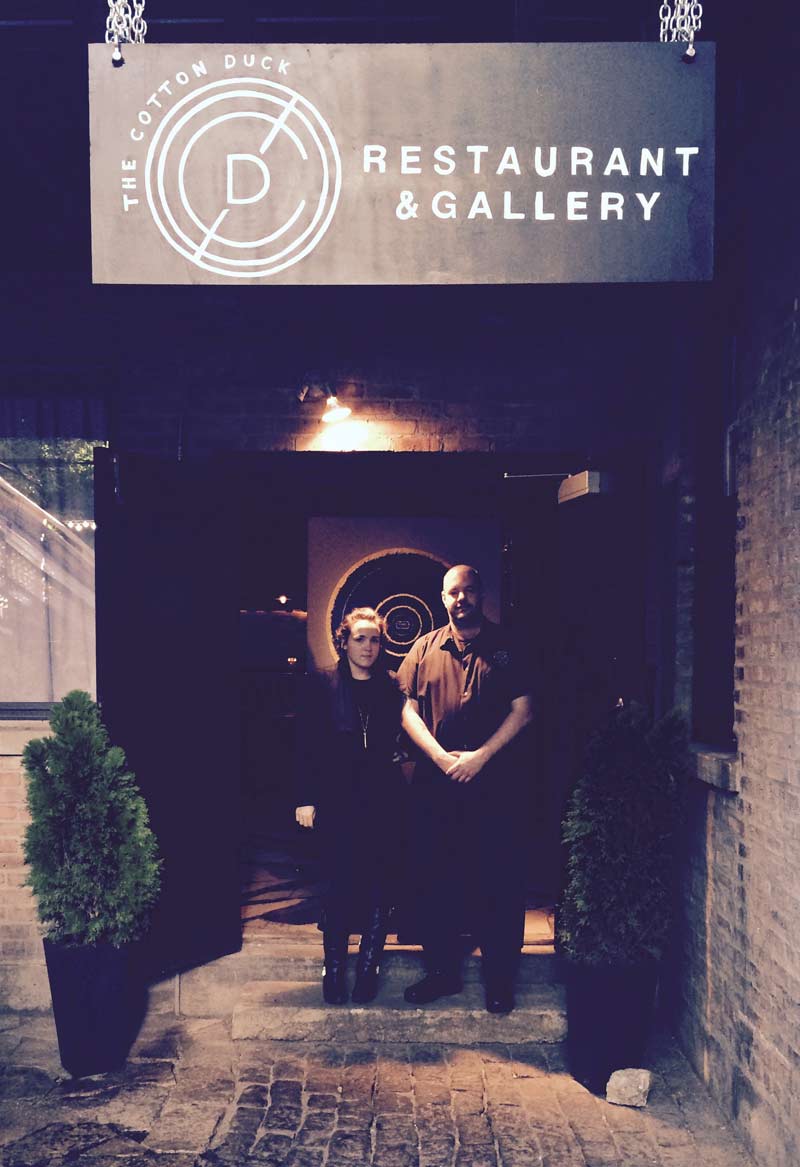 Cecilia Joan Lanyon and Dominic Zumpano at The Cotton Duck

EUKRANIAN VILLAGE – The Cotton Duck, a new restaurant opened by Cecilia Joan Lanyon and Dominic Zumpano of Lake Bluff, made Chicago.Eater.com’s “The Most Anticipated Chicago New Restaurants of Fall 2015.”

Lanyon, a Lake Forest native who is co-founder of the city’s Re-invent Studio and Gallery, and Zumpano, originally from Bensenville, opened The Cotton Duck recently to raves from friends and family.

The 45-seat, very conversation-friendly restaurant matches Zumpano’s culinary specialties with art that covers the brick walls. The current featured artist whose dynamic oil paintings of very large ships cover The Cotton Duck’s walls is Renee McGinnis. Lanyon said the plan is to feature a new artist every three months and match the menu to the work.

The Cotton Duck is BYOB; there is a bar waiting for business.

Lanyon graduated from Lake Forest Academy in 2006 and earned a Bachelor of Arts Degree at Art University in San Francisco. She is a board member of the Museum of Contemporary Art of Chicago. She co-founded Re-Invent Gallery in 2012. 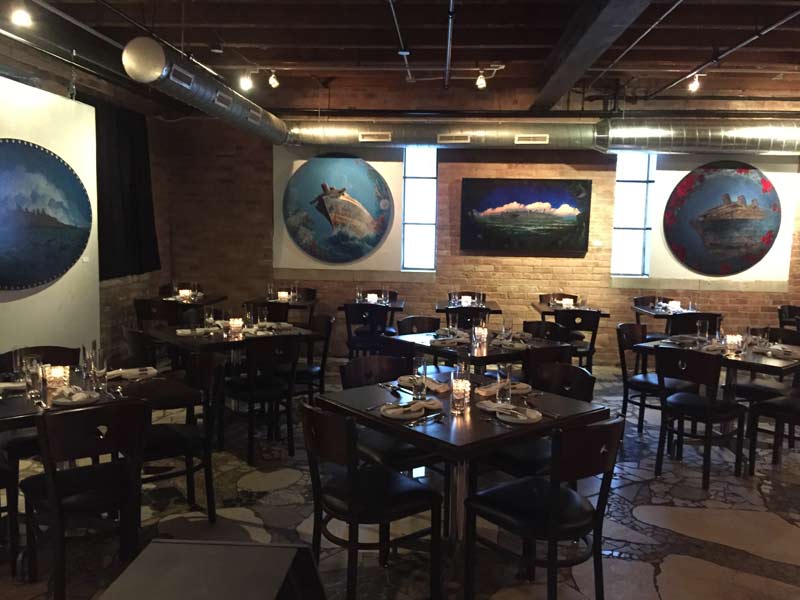 An interior view of the restaurant

Zumpano, who attended the Scottsdale Culinary Institute, has been a chef for 20 years. He was nominated for the James Beard Award as Best Chef in the Midwest. Formerly, he was associated with PM Prime Steakhouse in Highwood. He is an enthusiastic amateur hockey player.

In the art world, the phrase “Cotton Duck” refers to a tightly woven canvas. At the restaurant, it refers to the canvas and composition of a dish created by Dominic. “We loved that it translated to both worlds,” said Lanyon. “A special, fun side note is that the logo is just the letters C & D – for Cecilia and Dominic… Which we thought was really fun.”