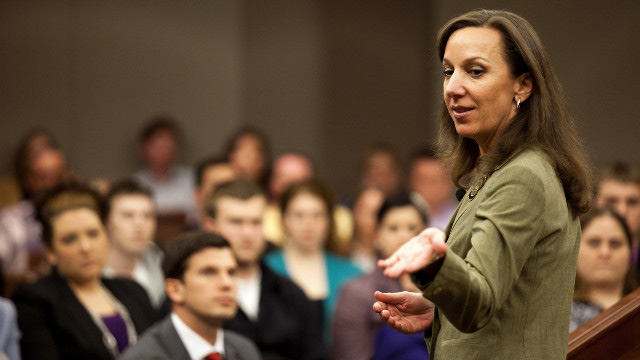 Jeanne Bishop shares insights on how she came to forgive the man who murdered her sister and brother-in-law and their unborn child.

WINNETKA – The question posed a challenge more insurmountable than climbing Mount Kilimanjaro. Jeanne Bishop, assistant public defender for Cook County, had never, ever been asked it before: “How do you know he’s not sorry? You’ve never even spoken to him,” asked her friend and mentor.

Jeanne was sitting across from Mark Osler, ex-prosecutor and now law professor at the University of St. Thomas School of Law in Minneapolis. She was explaining her feelings about forgiving the man, David Biro, a former New Trier High School student, who murdered Jeanne’s sister and brother-in-law, Nancy and Richard Langert, and their unborn child in 1990 in Winnetka.

“I was talking with Mark about my change of heart, and the 16-year-old who killed my family members,” Jeanne says. “I said, ‘I’ve forgiven him, but I’m not so sure that I want to have any personal contact with him because he’s still not sorry.’”

That’s when Professor Osler posed his thunderbolt question: “How do you know that?”

“I forgave David Biro a long time ago in my own mind and heart,” Jeanne says. “I’d spoken all over the globe about having forgiven him. I told everyone in the world, but him. I realized that David Biro was the most important person of all who needed to know I’d forgiven him.” 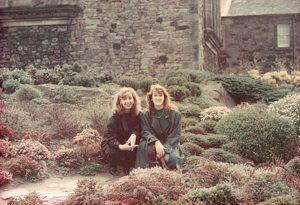 Jeanne with her sister Nancy; all photos courtesy Jeanne Bishop

Like a curtain of dark clouds clearing, the realization was so dramatic that after her conversation with Professor Osler, Jeanne tucked her two sons in bed and wrote a letter to her sister’s killer that she shares in her 2015 book, Change of Heart: Justice, Mercy, and Making Peace with My Sister’s Killer.

Now Jeanne continues to open the eyes and ears of audiences she speaks to about the gifts of forgiveness.

“Before I truly forgave the man who killed my family members,” Jeanne says, “I don’t think I realized what a heavy burden that was on my heart until it was lifted. I really felt like I was breathing fully for the first time in decades.”

The journey of forgiveness can be the most difficult path a person has ever walked, and can be akin to crossing a chasm. “There’s the Sermon on the Mount where Jesus said, ‘Love your enemy,’” Jeanne says. “If anyone on earth could have been called my enemy, it would have been David Biro who murdered my family members.” 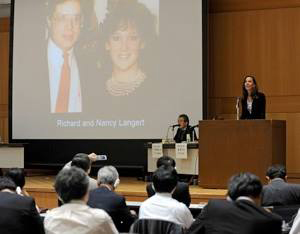 Even though Biro was the only person she could possibly label a nemesis, Jeanne opened her mind to other wise perspectives like Professor Osler’s about her sister’s killer. Now, 25 years later, with many years of working on behalf of issues like abolishing the death penalty, preventing gun violence, and exonerating innocent prisoners, Jeanne can speak calmly about talking face to face and by phone with convicted murderer David Biro.

She says the most astounding gift of forgiveness was that Biro finally apologized and admitted to committing the murders. Until Jeanne’s attempts to reconcile with him, Biro maintained his supposed innocence.

“I don’t know how much my apology means to you at this point,” Biro wrote to Jeanne. “It might be ‘a day late and a dollar short’ as the old saying goes. But this is all I have to give. If I could give you back the lives of Nancy and Richard, I would.”

The stunning admission took her breath away momentarily, but Jeanne had already launched her mission that allowed her to fill her lungs and breath fully for the first time in 23 years. 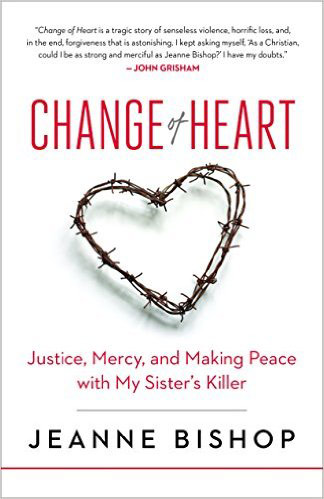 Forgiveness is a misunderstood, misinterpreted, and misused word that many struggle with, Jeanne explains. “People worry that if you say, ‘I forgive you,’ it’s a way of saying, ‘That’s OK, what you did is all right,’” she says. “Or they think that it means, ‘I am going to forget what happened.’ People also worry that maybe there are some wrongs that are so terrible that they ought not to be forgiven. I think there’s a lot of fear surrounding forgiveness, and also that it will be perceived as weakness.”

However, ironically, true forgiveness frees the victims of wrongdoing from a prison of hostility and regret. “It involves you lifting the burden of hatred and bitterness off yourself, and freeing yourself from the chains that bind you to the person who wronged you,” Jeanne explains.

Like an exercise regimen, forgiveness needs to be practiced daily. “Sometimes the forces of anger or bitterness want to pull you back like a riptide,” Jeanne says. “So it’s really important to know that this is not a one-time only deal where you have to do all of it, all at once. I compare it to waking up in the morning and going to a little gym at the Winnetka Community House. I get on the treadmill and then pick up a barbell, and I’m getting stronger every day. Forgiveness is like that.”

Holly Marihugh writes the Winnetka60093 blog on Facebook; this is the first installment of a two-part series. For the second story, please click here.