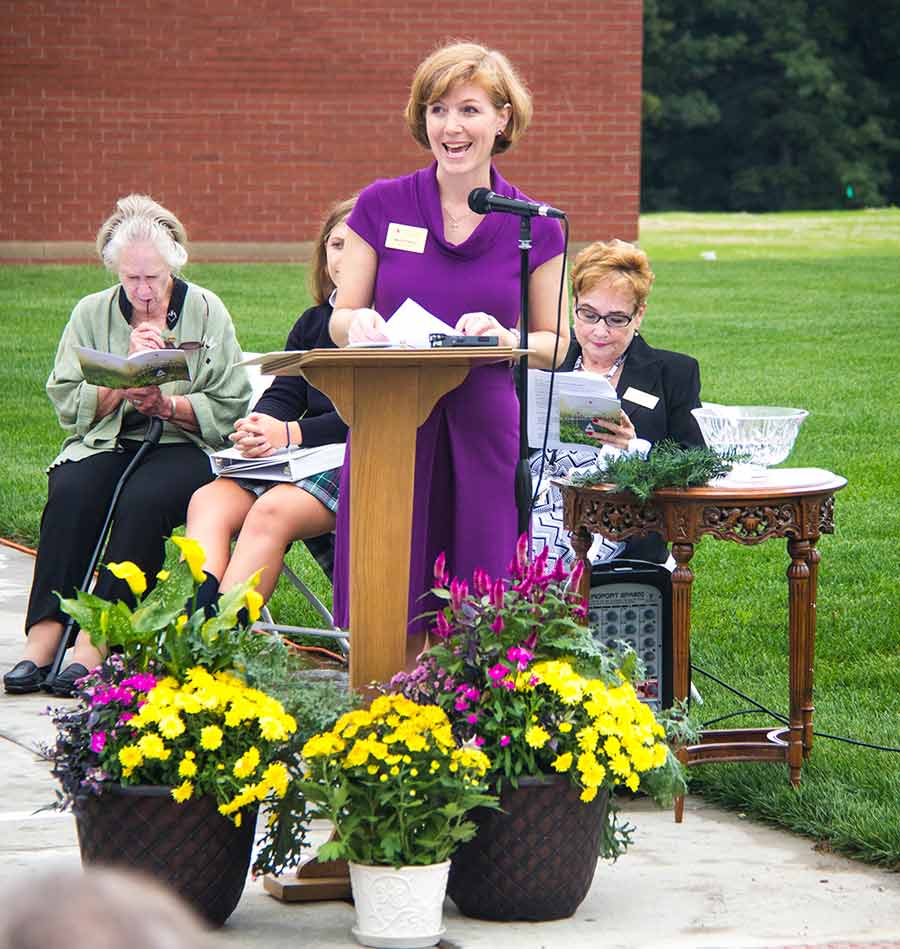 LAKE FOREST – Woodlands Academy of the Sacred Heart dedicated its expanded campus on September 18 as the school’s “Top Choir” sang Coeur de Jesus and Preludium, joined by many of the alumni present.

Some 300 visitors including former students, parents, donors and church officials attended the dedication despite the threatened return of severe rain, which drenched the area Thursday night and early Friday morning – nearly 1.9 inches in Lake Forest over night.

“Today is a very special day for our community,” said Head of School Meg Steele. “Woodlands Academy and Barat College share a long and common history. At times, we have shared a building and at others we existed as neighbors. When Barat closed, there was a sense of palpable loss in the Woodlands community and our home has felt incomplete. Happily, today we celebrate the rejoining of this land as one campus.”

The school’s property has expanded to include 23 acres of woodland and ravines that was formerly the campus of Barat College. The 145-student college preparatory school now occupies 41 acres. 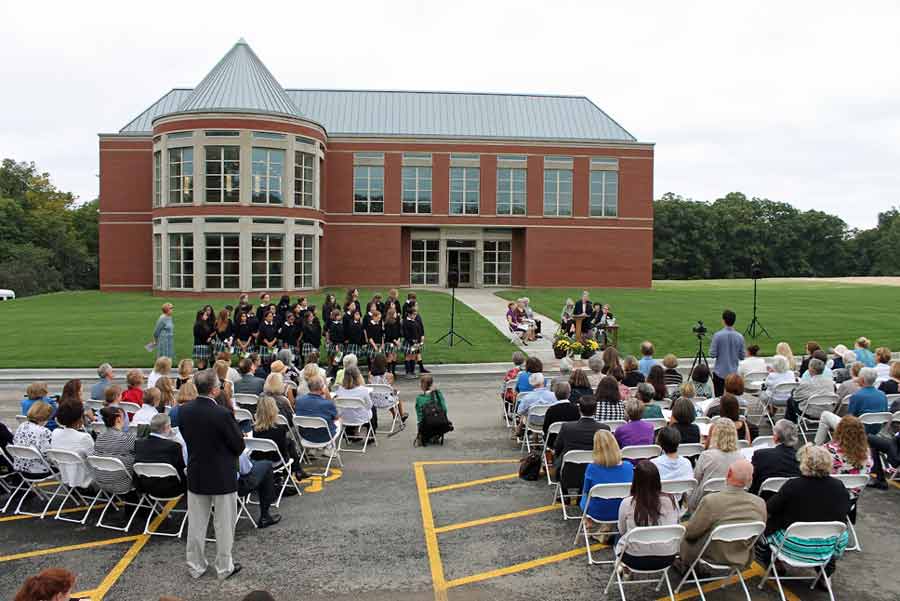 Friday’s dedication included the modern, 20,000 square-foot Gloria Dei Center designed by Dirk Lohan, grandson of famed architect Ludwig Mies van der Rohe. The building contains offices, a conference center and a kitchenette.
Meg Steel, head of school, announced that the school would welcome the use of the new building for community events. An athletic field and the relocated white cupola were also dedicated.

Sacred Heart Academy was first located in Chicago in 1858 as a convent with two day students. The school is a part of a worldwide network of Sacred Heart schools that spans the U.S. and 40 other countries. Nonprofit Woodlands Academy’s identity is rooted in St. Madeleine Sophie Barat’s desire to inspire young hearts and minds to excel, to lead lives of integrity and to serve.

Woodlands Academy seniors have a 100% acceptance rate to college. This past year, 47 graduates earned 87 college scholarships. Students come from seven countries on three continents. The school has exchange programs with schools in a dozen countries.