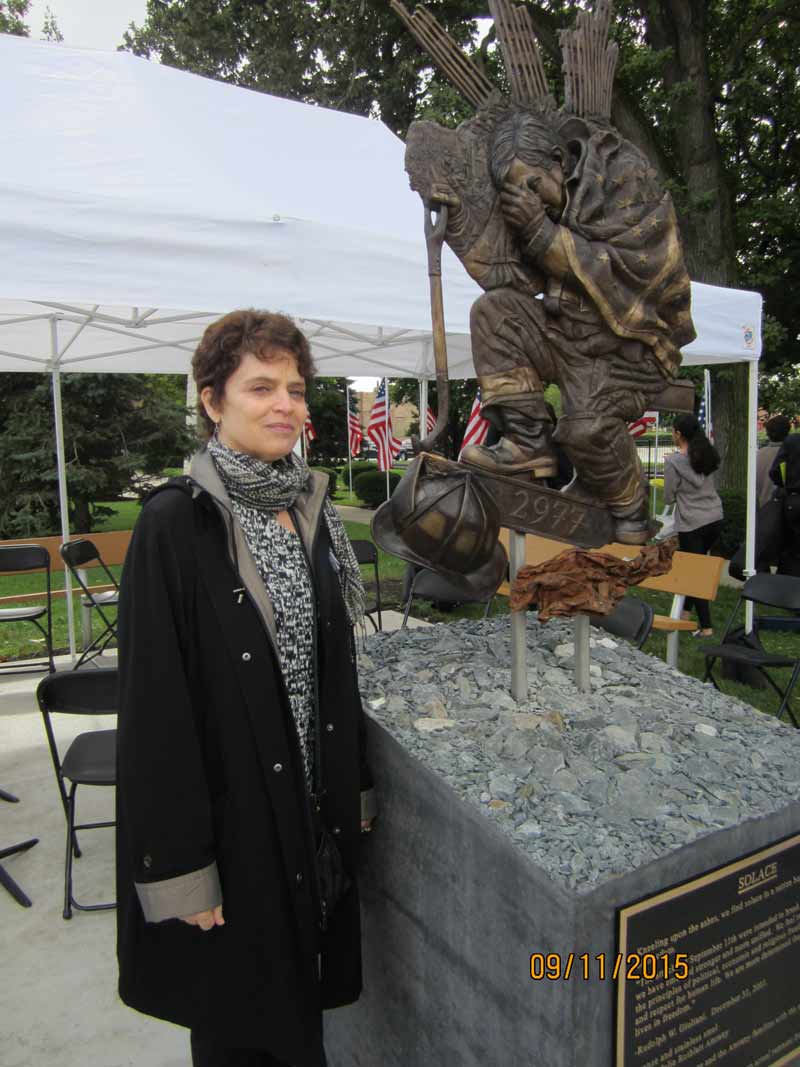 HIGHWOOD – Under cloudy skies, the City of Highwood unveiled its homage on Friday morning to the memory of the 2,977 office and maintenance workers, fire fighters and police officers who lost their lives in the tragic September 11, 2001 terrorist attacks on the United States.

A group of Highwood firefighters unveiled “Solace,” an original sculpture by Julie Rotblatt Amrany. She is a native of Highland Park who, with her husband Omri, operate the Fine Art Studio of Rotblatt-Amrany at Fort Sheridan.
The statue shows a firefighter kneeling from exhaustion on that memorable day and includes a piece of metal from the World Trade Center that was given to the Highwood Fire Department by the New York/New Jersey Port Authority.

Artist Julie Rotblatt Amrany also spoke about how very soon after she watched the destruction; she conceived the idea for the memorial. She credited Falberg’s support for its casting. The city provided additional funding for its setting.

Some 150 spectators including a contingent of sailors from Great Lakes Naval Center and soldiers from Fort Sheridan Reserve attended the hour-long ceremony. Music was provided by the Highland Park High School Chamber Orchestra in spite of a stiff northwest wind that kept blowing the music off their stands. 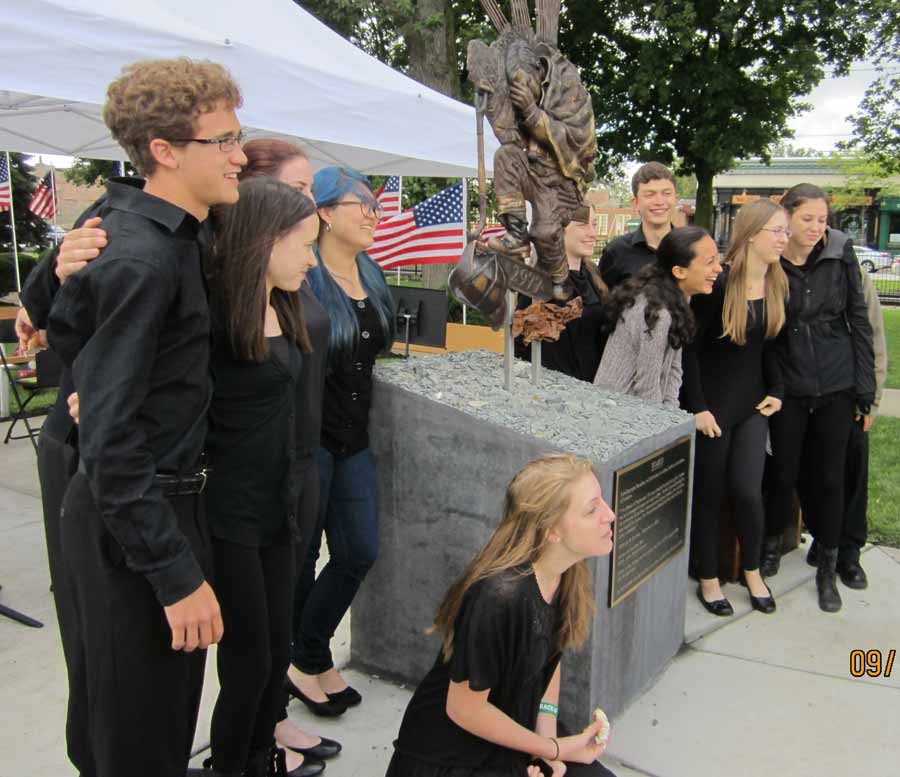 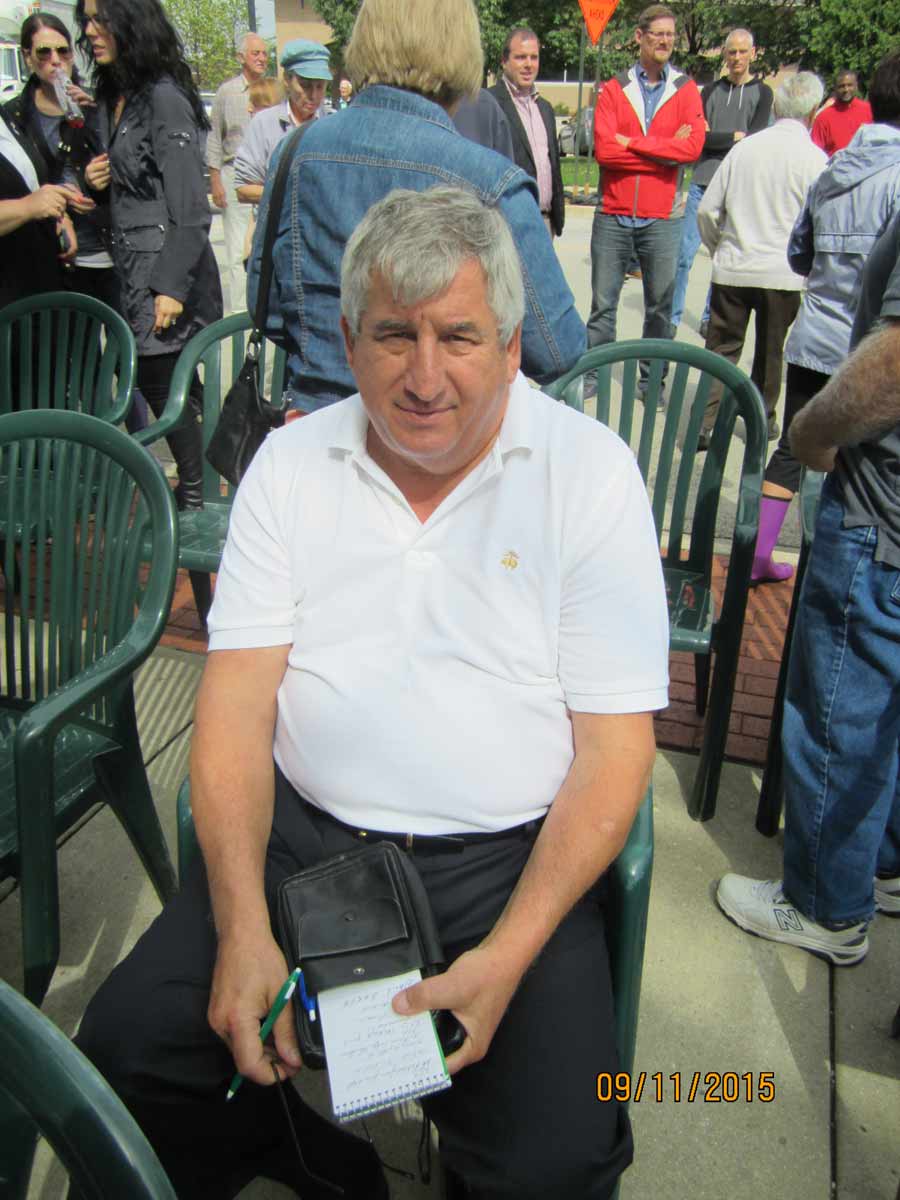