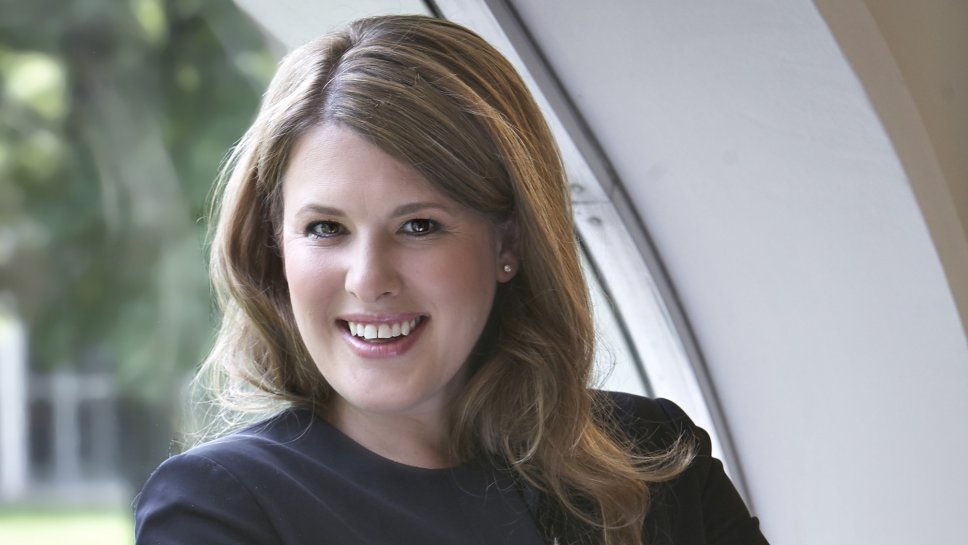 Wendi Geffen has just assumed leadership of North Shore Congregation Israel, a reform synagogue in Glencoe that has over 1,300 members. While it has been 43 years since Sally Jane Priesand became the first woman in the U.S. to become ordained as a rabbi, according to the Jewish Women’s Archive, Geffen is one of only five young female rabbis to lead a synagogue with over 1,000 members.

“I was always very lucky to have amazing role models and a strong Jewish experience,” explained Geffen, in how she chose this path.

Geffen grew up in Dallas, in what she describes jokingly as an “interfaith” family: her father grew up orthodox and her mother classic reform. Geffen was raised in both traditions, attending both a reform and a more traditional conservative temple.

“I always felt at home in both communities,” she said. Geffen discovered a deep love for Jewish traditions in the conservative community, while the reform movement’s dedication to social justice was inspirational.

Early on she began to contemplate a career as a rabbi, after her bat mitzvah in seventh grade. “My bat mitzvah experience was pretty transformative in my life,” Geffen said.

She became a bat mitzvah tutor and continued to tutor other kids through rabbinical school, realizing how much she enjoyed teaching others. She was also involved in a youth group at her synagogue in Dallas, where the rabbi became her mentor and huge role model in her life. As a student at Emory University, Geffen studied Judaic Studies and began to appreciate academia and the scholarly side of Judaism.

Geffen describes how all of these experiences came together, ultimately leading her in 1997 to attend rabbinical school at Hebrew Union College-Jewish Institute of Religion, a reform seminary. Geffen chose a reform seminary, finding that the reform movement ideologically and philosophically aligned with her views. And at that time, she also knew that the reform movement was more open to her becoming a rabbi at a larger congregation.

Geffen was ordained in New York City and immediately joined North Shore Congregation Israel as an assistant rabbi, where she has worked for the past 13 years. When asked why she wanted to lead a large congregation, Geffen was unequivocal in her response.

“I wanted to have a position where I could help strategize and create community in how I envisioned it to be,” she said.

Geffen loves the diversity of a larger congregation, which she feels adds vibrancy to the community. Having grown up in Dallas where the Jewish community is much smaller, she loves the North Shore and Chicago area where there are so many other members of her faith. Geffen noted that when she first moved here she was stunned to learn that the local school districts take days off for Jewish holidays.

While North Shore Congregation Israel is located on the lakefront in Glencoe, Geffen views it as more than just a North Shore synagogue since it draws people from all over the region.

“That does differentiate us from other synagogues in the area that are reform. We have an expansive draw and reach,” she said.

Moving forward, she plans to continue the synagogue’s commitment to social justice causes. “For me personally, it is a deep part of my Jewish identity,” she said.

In two weeks, Geffen will travel to Atlanta in partnership with the NAACP to reimagine the march from Selma to Washington D.C. in support of racial justice. Geffen, members of her congregation and other rabbis will walk with the Torah for 20 miles.

Geffen also plans to continue making personal connections with all of the members of her congregation, to help them become invested in the community.

While for many people it is a novelty that a 40-year-old woman is leading such a large congregation, Geffen believes that it will become the norm in the next 10 years in the reform movement.

Geffen finds herself a role model for own children, a six-year-old daughter and eight-year-old son, who have never questioned whether women can be rabbis. She expressed a deep appreciation for the previous generation of Jewish women who paved the way, and she envisions a different future.

“My sense is that the issue of gender in the reform movement will be less of an issue,” she said.