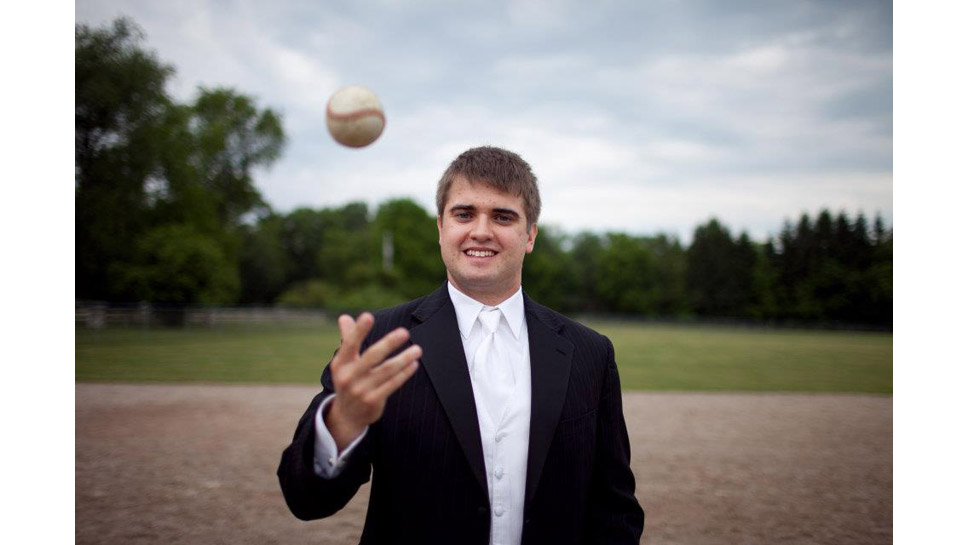 The awards were sponsored by Character Matters in Lake County, a committee of the YES (Youth Empowerment for Success) Coalition, the Lake County Regional Office of Education, and the College of Lake County Southlake Campus.

Ms. Phelps, who will be a freshman at Lake Forest High School in the fall, was nominated by her principal, Nathan Blackmer.

“Sienna has been among the most kind and compassionate students at Lake Bluff Middle School,” he said. “She is a leader among her peers. She is so caring, and has the ability to cheer up a friend whenever they might need it. She was the first student who came to my mind and the minds of her teachers when the opportunity for nominations was announced.”

Joe Jakcsy just completed his third year teaching 7th and 8th Grade math in Lake Bluff. He has introduced several co-curricular opportunities to Lake Bluff Middle School, including the You Be the Chemist competition, Science Olympiad and Odyssey of the Mind. His nomination was submitted by Principal Blackmer, who said, “Mr. Jakcsy is truly an outstanding teacher. He fosters a love of Math among his students who are achieving at a very high level. In addition to his classroom teaching, Mr. Jakcsy has introduced several amazing co-curricular opportunities that have provided opportunities for students to get involved at school in ways that did not exist before. Mr. Jakcsy’s professionalism, compassion and character have made him an irreplaceable member of the Lake Bluff Middle School teaching staff.”

Jen Prozument is a teacher who works with Lake Bluff Elementary School students who are learning to speak, read and write English. She just completed her 8th year in Lake Bluff. She was nominated by Lake Bluff Elementary School Principal Margaret St. Claire, who said, “Ms. Prozument goes above and beyond the traditional duties of an ELL teacher by serving as a link for her families between home and school. She spends countless hours, often late into the evening, explaining, facilitating, translating and creating a positive relationship between home and school. She has led the staff in clothing and food drives for families who are struggling financially, and often provides for students out of her own pocket and her generous heart.”

“It was an honor to review all of the nomination forms,” said Ashley Ward, chair of the Character Matters in Lake County committee, in a recent press release. “It also confirmed the importance of recognizing individuals who display outstanding character in our communities; these students and adults are powerful role models. We need their positive influences.”