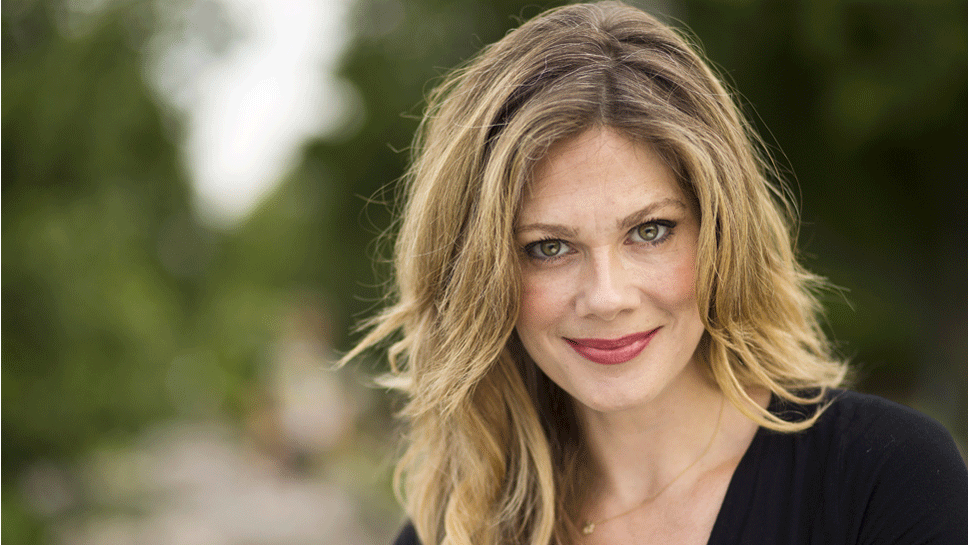 Carlson is a regular onstage with First Folio, as well as with numerous Chicago theater companies including Court Theater, Chicago Shakespeare Theater, Victory Gardens, Raven Theater, Famous Door Theater and Red Hen, in addition to The Lyric Opera. She has also appeared as Meredith on the NBC series Chicago PD. Additionally, Carlson is an educator, specializing in teaching Shakespeare to Chicago-area students.

A member of Actor’s Equity, Carlson answered questions about her career shared her memories of growing up on the North Shore.

Gregg Shapiro: Melissa, you are a native of Highland Park. Was attending the theater part of your North Shore upbringing?

Melissa Carlson: It was. My mother brought me downtown to see musicals, and her love of opera afforded my exposure to it at an early age.

GS: Did you do theater while you were in high school in Highland Park?

MC: I did. I would not have become an actor if not for the arts programs offered in school District 113.

My first foray into playing Shakespeare happened in high school. I can honestly say that I owe my professional career to Barbara Patterson and Tim Conway, my theatre teachers at Highland Park. They introduced me to the art form with an intense passion — to me that is the key behind the birth of passion itself. It lies within the first touch, the first exposure the soul has to anything whether it is acting or otherwise. What a remarkable gift, to instill that emotion, that motivator within a child no matter what the medium. Passion is the stuff of life.  I don’t think you are truly alive without passion.

GS: When did you know that you wanted to be an actress?

MC: I was cast as Cherrie in Bus Stop by William Inge at Highland Park High School, and we ended up taking it to a high school theatre competition downstate. Cherrie was a broken soul, a woman who had been used by life yet remained utterly devoted to the ideals of love. I was only 16 at the time and for me, the understanding of the psychological complexities of life and love were just beginning to bloom. But I found I could relate to her in ways that surprised me even then. It was the first time I was challenged to really connect with and fully embody those types of emotions on stage.

To be emotionally vulnerable without fear, to trust the process, to become completely raw and to do it publically was an overwhelming and thrilling experience, like the embodiment of the saying “leap and the net will appear.” But more importantly, I learned that what we do when we are involved in art we are doing something that is bigger than ourselves, ideally. Creating this type of art is much more exciting to me. Entertainment has its place and value, but for me, it’s about having a responsibility to give a voice to those who would otherwise perhaps not be heard, and beyond that, to give a voice to concepts that need to be illuminated; to inspire a social dialogue within the viewing audience.

Theatre-art, as a whole, is a powerful tool, not only for expression but for change. It is an illumination of the human experience. To have the honor of enriching people’s points of view or challenging their existing view is a profound opportunity.

GS: You are playing Hermione in The Winter’s Tale at First Folio. What can you tell me about the history of your relationship with First Folio?

MC: This is my fourth show with First Folio Theater. Their faith in me has afforded me the opportunity to play some of the most fascinating and challenging women, and I will be forever grateful for that. David and Alison are people who simply adore Shakespeare, which is something we share. They devote their entire life to making art and they do it with complete abandon. I like that.

GS: In addition to doing Shakespeare at First Folio, you also played Katharine Hepburn in the one-woman show Tea At Five. What was that experience like for you?

MC: Terrifying [laughs]! I often felt extremely vulnerable, which is a good thing. This is how you learn. In a one-woman show there is no safety net. It ties into the most visceral of human emotions. Survival.

Tea at Five is essentially a condensed version of her life story. Kate Mulgrew played the role on Broadway. Kate was extraordinary in the role as an actress but she also embodies Hepburn far more than me, in appearance and nature. In the beginning I was really hung up on that. How could I be convincing playing a role I was nothing like on the face of things? I mean everybody knows the quintessential “Hepburn” delivery and look.

In some ways you can’t win [laughs]. You’re either going to be criticized for being too much Katharine Hepburn or not enough like her to be convincing. Her persona and vocal quality was so unique, she was often a target for parody and this propensity was certainly among the challenges. But I realized it was not my job to impersonate this woman but rather to embody her essence — which is a very different thing.

GS: Before you did Tea At Five, what was your opinion of Hepburn?

MC: I had always had a great respect for her. She seemed incredibly self-possessed with a strong sense of who she was. And I really admired her “pull yourself up from your bootstraps” kind of a mentality. She was a strong woman. After working on the piece it kind of felt like I knew her personally; like we went through something together. She was now an old friend. It was strange and lovely at the same time. I was never up there alone. I always felt her with me. It was hard to say goodbye.

GS: Shakespeare appears frequently on your resumé, not only in terms of being an actress, but also as a Shakespeare educator. How does Shakespeare influence your life?

MC: Shakespeare, the man, his works, the time in which he lived — all of this has fascinated me from an early age. My real foray into Shakespeare was playing Kate in The Taming of the Shrew in high school. Here’s the thing about Shakespeare — people take the fact that they cannot sit down and pick up a Shakespearean text, simply read and understand it as a negative thing. To me that’s part of the attraction. This is one of two primary concepts I try to instill in the kids whom I teach. You need to alter your perspective Shakespeare from something dry and antiquated to something alive, current and exciting! Take the intimidation factor out of it. He’s reaching out his hand. He wants you to be an active part of things, which is quite the opposite of being estranged by his works. Ironic, isn’t it [laughs]?

You wouldn’t believe the stack of books, lexicons, dictionaries and helpful modern-day translations I use to work my way through the text. Yes, it can be difficult, but there’s no shame in that. It is a different language in many ways. We are not living in Elizabethan times, we are living today, so use whatever you need but most especially, use him! You are a detective looking for clues, and Shakespeare places them everywhere! Let’s say he capitalizes a word like honor. He wants you to know this word has a particular weight in this moment. It may be a theme. It may be a quality the character who is speaking holds dear. He also uses punctuation very specifically and without stage direction, almost instructing the actor. He’s saying, “Hey, I’m using a semicolon here, not a period as you might expect, so pay attention.” This is his way of telling the actor to drive through the thought or perhaps not take a breath just yet as it will break up or muddy the meaning of the line.

All this informs the performance tremendously but also helps the reader as well. That said, yes these are published works, but I have a deep belief that he wrote these plays with their intended purpose being that they are seen and heard not read. They are not books. They are plays.

The second thing I tell my students is that when you strip these plays down the themes are not dissimilar to those of today. Romeo and Juliet, for example. Who can’t relate to being young and in love? Or take the terrible feud between the Capulets and the Montagues? I have taught quite a bit in some very depressed and underprivileged areas in the city where gang violence was a gut-wrenching part of everyday life. Romeo was a young teen. These kids understood this play in the most profound ways. They began to see that Shakespearean themes like corruption, power, love, loss and war are all a part of the human experience.

GS: You are an active member of the Chicago theater community. What does it mean to you to have such a vibrant theater scene available to you?

MC: It really is that — a community. I think this is at the heart of the matter. We hold each other up. We catch each other when we fall. Chicago theatre has a collaborative and ensemble-like sensibility as a whole. Living and working in Chicago as an actor is a singular experience.

GS: Do you have any favorite Highland Park cultural or dining spots that you would like to share with the readers?

MC: The Highland Park Public Library is a wonderful place. They have a fantastic program series which includes free readings by The Shakespeare Project of Chicago, a company I have worked with for many years. For food, I love The Nite N’ Gale, which is just over the border into Highwood. Old school. Great food. It really is a North Shore staple. I live in Evanston now, and I’m a regular at The Lucky Platter and Brother’s K coffee shop. They often see me memorizing my scripts there [laughs]!

GS: In addition to your stage work, you can also be seen as Meredith on NBC’s Chicago PD. Please say something about what it means to you to be part of that series.

MC: I recognize how blessed I am to have had the opportunity to work on CPD. Dick Wolf has quite a roster of hit shows under his belt as a producer. It’s been a dream realized for me. My stepfather would always say, “I’ve got my cap ready!,” referring to a dark blue cap he had that could be worn by a driver. We would often laugh about this. He always believed in me and supported my career. He passed away before I was offered the role of Meredith. My family has been so supportive and I am very lucky that way. I don’t need to be famous. I just want to do good work. I wouldn’t say I was “driver worthy” but I hope I’ve made him proud so far.