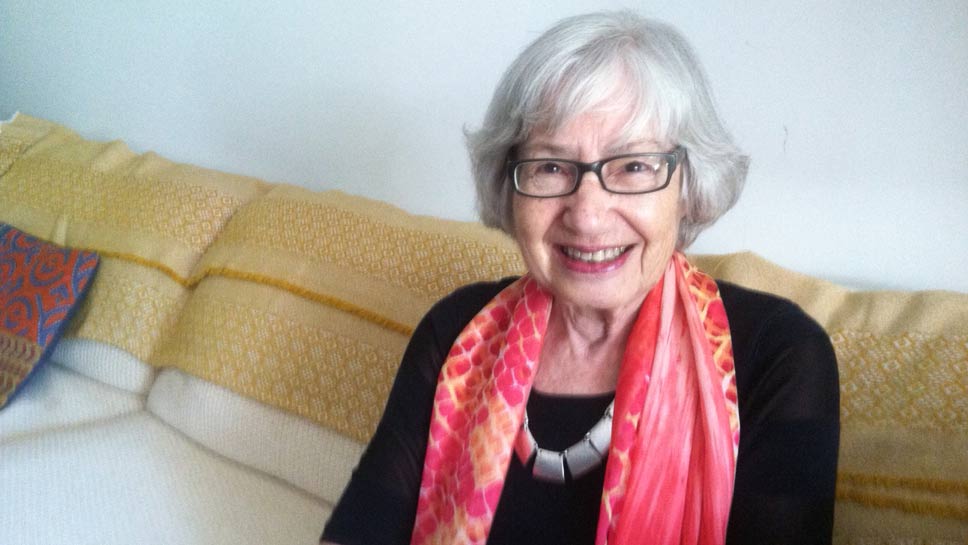 For a $35 bus ticket, she got a front-row seat to history. Long-time North Suburban resident Nina Raskin, 50 years ago boarded a chartered bus in Evanston for Selma, Alabama, after she and her friends and neighbors, all civil rights activists, responded to Dr. Martin Luther King’s call to Americans all over the country to step up and march.

This coming Sunday, July 26, many who witnessed history that year along with Raskin will gather on the Village Green in Winnetka to mark the 50th Anniversary of Dr. King’s historic visit to that very place in the heart of the village. Five decades ago, people sat patiently on picnic blankets or in lawn chairs, listening to one of the most profound leaders of the last century talk about why the mostly white lakeside communities should care about civil rights for African Americans.

Raskin’s journey to Selma dates back a bit further than 1965. She recalls visiting Dallas in 1955 as a 21-year-old newlywed, and bearing witness to a bus driver telling a young African-American man, “Go to the back of the bus.” In a quavering voice full of emotion, Raskin demanded of the driver, “And you call yourself an American?” She later reflected, “It was my first face-to-face experience with what it was to be a black person and to be considered inferior.”

Raskin also recalls that when she and her husband, Nathaniel, scouted Evanston neighborhoods for their very first house to buy, their realtor told them, “You wouldn’t be happy in northwest Evanston.” At that time in the early 1960s, Jews weren’t welcome in that area on city’s map. So the Raskins scooped up their two-year-old daughter, Nancy, and three-week-old baby, Julie, and unloaded their boxes and furniture into a house on the east side of town on the corner of Clinton Place and Ridge Avenue.

There were four movie theaters in Evanston proper in the late 1950s. Raskin also recalls that while three were integrated, one, the Valencia, was not. “Black people had to sit in the balcony,” Raskin says. As a girl from the Bronx, Raskin wasn’t naïve. But the open racism she found staring her in the face in Chicagoland knocked her back a step.

Those moments, frozen in time because of their stark life-defining impact, propelled Raskin to stand at the forefront of local civil rights campaigns. “It was 1962, and I was active in the League of Women Voters,” Raskin says. “Things were brewing in Evanston and across the country.”

As a member of the League, Raskin went door-to-door conducting a survey about attitudes about race. At her side was her two-year-old younger daughter, Julie. “In those days, people answered their door,” Raskin remembers. “It was a well-designed study, and what turned out was that people were pretty open to school integration.” The issue that remained a stickler though, was housing.

“It was bad enough for Jews,” Raskin says from her firsthand experience. “But it was much worse for black people. They could only live in a certain area. Landlords wouldn’t rent to them. Realtors wouldn’t show houses to them.”
Raskin and her friends, all young married couples of the sixties, created an organization, North Evanston Neighbors. “We were devoted to promoting fair housing,” Raskins says. “We placed ads in the ‘Evanston Review.’ We picketed realtors and held silent vigils and marched.”

They also opened their purses and checkbooks and bought a building. “We bought an apartment house in southeast Evanston on Sheridan Road to demonstrate that it’s possible for integrated housing to be economically viable,” Raskin says. “We rented units to black families. The white people didn’t move out, and everyone lived there in a completely harmonious way. But nothing happened to change the pattern of landlords in greater Evanston.”

Months on the calendar flipped by, and Raskin took on the task of Evanston Coordinator for the North Shore Summer Project, which pushed and picketed for fair housing practices. “Events were heating up across the country,” Raskin says. “The Selma to Montgomery March took place in March, 1965. When Martin Luther King, Jr. got the federal permit for the march, he made the announcement that people from all over the country should come, bear witness, and be part of it. My friend, Helen Widen, and I responded to that call.”

Raskin’s friend, Grace Mertz, inspired them to charter a bus bound for Alabama. “We were mostly housewives from Evanston,” Raskin says. “There were a few men who were clergy. You know who else was on the bus? Stud Terkel’s wife, Ida.”

They gathered near Raskin’s house at Clinton Place and Ridge Avenue. Husbands and children waved good-bye to the 24 young moms. Women from an African-American Church in Evanston brought the group containers of fried chicken for the long ride. “It was so sweet,” Raskin says.

The bus pulled onto the Kennedy Expressway on a cold, raw Chicago afternoon of March 24. “On the ride down we trained people how to behave,” Raskin says. “If they were confronted by angry mobs, we said to hold your hands over the back of your neck to protect it.”

After a night spent sleeping in bus seats, the group pulled into St. Jude Educational Institute on the outskirts of Montgomery during the early morning hours. “It was very exciting because we got to talk to people from all over,” Raskin says. Indeed, there were about 25,000 marchers gathered that day, waiting in the wet red clay and cueing up to march.

“First we marched through black neighborhoods,” Raskin remembers. “There was such a welcome, and some people joined in. Then we marched through white neighborhoods. Either there was silence, or such vile things were said to us.”
When the group of young Evanston mothers finally reached the State Capitol building in Montgomery, they spread a blanket on the green for spectators. “We were very far away from Dr. King, but there was a great feeing of joy that we were part of a big mass of humanity all there for the same purpose,” Raskin says.

After the high of marching, the Evanstonians managed to board the right bus and get out of town, but not without Alabama State Troopers accosting them at a rest stop in Birmingham. “They told us, ‘Stand up against the wall! You outsiders are just causing trouble!’ Then they left. It was just to frighten us,” Raskin says.

Sobering news hit them like a slap on the face the next morning after another long night of bus riding home. “Viola Liuzzo had been killed by the Klan,” Raskin remembers. “She was a mother from Detroit, Michigan, and she’d been a civil rights worker. She was driving marchers back to Selma and her car was ambushed, and she was shot. We were all young mothers and that could have happened to us.” Indeed, the 24 women on the bus had 89 children among them.
“I was never so happy to be back in smoggy old Chicago,” Raskin says. “But the experience in Alabama was a huge shot in the arm for us.” The North Shore Summer Project group continued fair-housing marches with their kids in tow. “We sang songs like ‘Freedom, freedom, freedom!’ when we marched,” Raskin says.

She is now 82 years old, and Raskin cannot believe that time has moved fast forward, and these events of 50 years ago are so relevant today. Sunday, July 26th, 2015 is “Justice Day” in Winnetka and marks the 50th Anniversary of Dr. King’s historic visit to village. It also launches “The Justice Project: The March Continues,” which is “a grassroots movement to inspire the communities of the northern suburbs of Chicago and beyond to be welcoming, inclusive and diverse, and to offer them a framework for doing so,” according to Open Communities in Winnetka, the organization launching the movement.

In reflecting what has motivated her to march, sing, and picket for positive change over the years, Raskin talks about the importance of remaining open to differences among people. “It’s being able to have empathy for the other person,” she says. “That’s important on a personal level because it doesn’t have to be a black or white issue. It’s being open to the other person wherever you are: in the supermarket, in the department store, in your car. It’s a point of view.”