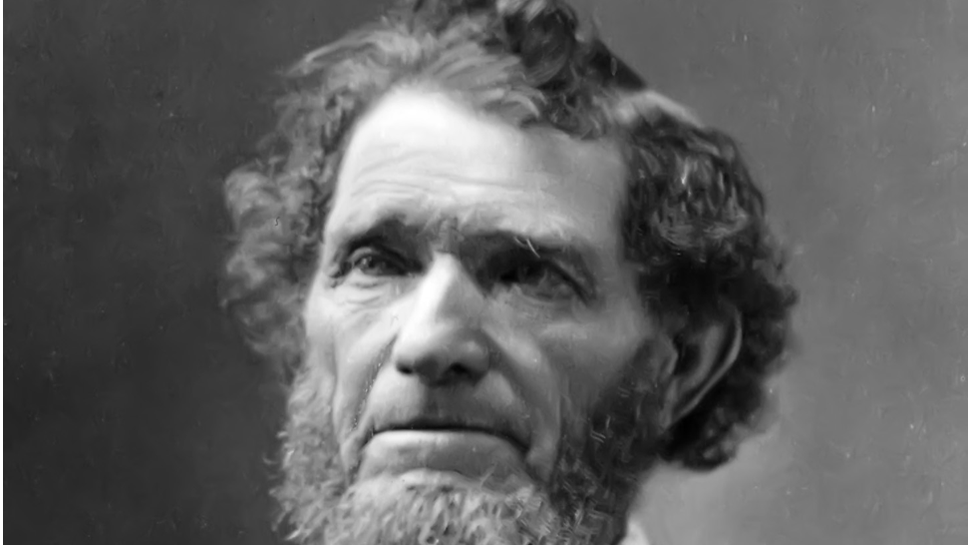 Anson Taylor recognized the potential of the area that became Glencoe.

Editor’s Note: This is the second in a summer series about the history of North Shore towns.

Glencoe owes its existence to an enterprising East Coast transplant — a fur trader who sought to make money with a series of innovative properties on Lake Michigan — and a business partnership known as the Glencoe Company.

Both efforts failed to make much money. Yet today’s Glencoe remains the beneficiary of these bold ventures. Speculation was taken, as Glencoe Historical Society president Karen Ettelson explained in a recent interview, with thoughtful planning for development.

Glencoe’s history began in 1835 with a man named Anson Taylor, a carpenter from Connecticut, who traded in furs and built the first wooden bridge across the Chicago River. After coming north with his family, Taylor built a harbor into the lake.

“It was Anson Taylor who first recognized the area’s potential,” Ettelson said. “He built a pier and sold timber [from the area’s woods]. He opened a post office. He opened a hostel called La Pier Inn where the stagecoach stopped.

“But when the railroad was built in the mid-1850s, Taylorsport suffered.”

Taylorsport, like Wilmette and other North Shore towns, was born of a goal to create an ideal community, realizing a small but pioneering vision that put the spot squarely in sight for property development.

Dr. Hammond had married and gone as far west as Iowa. But the doctor didn’t like Iowa. Instead, he settled near Rockford, where Dr. Hammond made money as a grain farmer. Unsatisfied, he went to Chicago, which he also didn’t like, until he roamed north to a farm owned by a businessman named Walter Gurnee, head of the Chicago and Milwaukee Railroad (later the Chicago & North Western). Dr. Hammond bought the farm from Gurnee in 1868 with the goal of developing the less than four-square-mile area.

Finding investors to underwrite his vision proved difficult until Dr. Hammond connected with Charles Brown, an Evanston developer, and made a deal to find other investors. The men formed a partnership and agreed to specific terms and conditions, such as an agreement for each investor to build two homes — one each to live in, one to sell — so that each investor would be existentially committed to Glencoe, with the pledge to fund construction of a school and a church.

Calling themselves the Glencoe Company, they incorporated Glencoe in 1869.

“The Glencoe Company included some investors who lost a fortune in the Chicago Fire of 1871, so a lot of them weren’t able to realize their goals,” Ettelson said. “But the park [Lakefront Park] that exists today was part of their original agreement, and Dr. Hammond is credited as being the one man who made Glencoe.”

A general practice doctor, he had previously lived in Skaneateles, N.Y., known as an attractive lakefront village. Ettelson said that, in creating Glencoe, Dr Hammond sought “to embrace both the love of nature and the attractions of the city.”

The Glencoe Company dissipated amid financial dispute and loss among various investors — one of them became governor of Illinois — and the partnership ended in discord. But the original house that Dr. Hammond lived in — a place called the Castle, which he’d bought from Walter Gurnee — survived.

So does the reality of Dr. Hammond’s goal of harmony between nature and the manmade — especially in the 15 acres within Glencoe known as Ravine Bluffs. It’s an area bought in 1910 by Mr. and Mrs. Sherman Booth, Frank Lloyd Wright’s lawyer, according to Glencoe Historical Society’s Ettelson, herself an attorney. 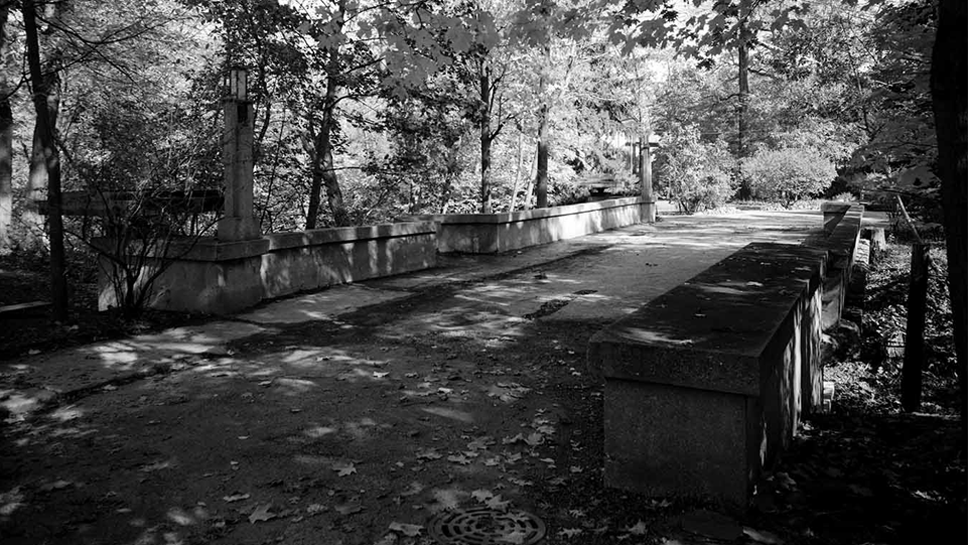 The bridge in Ravine Bluffs is the only one ever designed and built by architect Frank Lloyd Wright.

“Ravine Bluffs was supposed to be a magnificent estate by Frank Lloyd Wright — Ravine Bluffs would have been as famous as Fallingwater — and they started to build,” she said. “Then they shifted and divided the property into lots designed by Wright with landscaping by Jens Jensen.”

Ettelson said that, in the end, Wright designed several Glencoe homes and structures including a bridge, which she describes as “the only bridge Wright designed and built” — and a train station. The depot was built and later demolished (Ettelson said plans are underway to rebuild it).

Booth and his wife, Elizabeth, were prominent in their own right. Ettelson said that Booth is the first person Wright called after the arson murders at Wright’s estate in Wisconsin, Taliesin. She added that Mrs. Booth is responsible for pushing through the Illinois Suffrage of Act of 1913 giving women the right to vote.

“She was not the typical suffragette,” Ettelson said. “She was the model of feminine diplomacy, she was very attractive, and she had files on every legislator and worked them over, though she had two little kids at home in Glencoe at the time. Elizabeth Booth found a way to use intelligence, curiosity, experience, entrepreneurialism and organizational skills to be an early successful woman.”

“Glencoe has always had a population mixture,” Ettelson said, noting the community’s Jewish and black populations. “Even in the late 1800s, we were an integrated community. We had a [proportionately] large African-American population.”

Evidently, here, too, capitalism led to Glencoe’s growth, variety and progress. In the southwestern part of town, Ettelson explained, real estate developer Morton Culver purchased land and divided it into smaller lots as a means of providing low-priced housing.

“We were a big picnic spot and people would come and spend the day in the country right off the train,” Ettelson said. “We have photos of blacks picnicking in Glencoe. There were also Italians, Germans and Swedes and successful businessmen.”

Lakeshore Country Club was founded in 1908 with “a heavy concentration of Jews displaced from Chicago” and Glencoe’s first reformed Jewish congregation opened in 1920. Ettelson estimates that half of today’s Glencoe population is Jewish.

“We were also one of the first communities to have a combined police and fire department. Public safety officers are cross trained,” he said.

Among Glencoe’s most iconic landmarks are Kalk Park’s gazebo, the Chicago & North Western train station, the tower on top of village hall and the entrance to Central School. Ettelson said that what makes Glencoe unique, however, is its Frank Lloyd Wright legacy.

“Glencoe has an enclave of Frank Lloyd Wright houses, a bridge and other structures in Ravine Bluffs,” she said. “There’s no where else in the world where you can see that.”