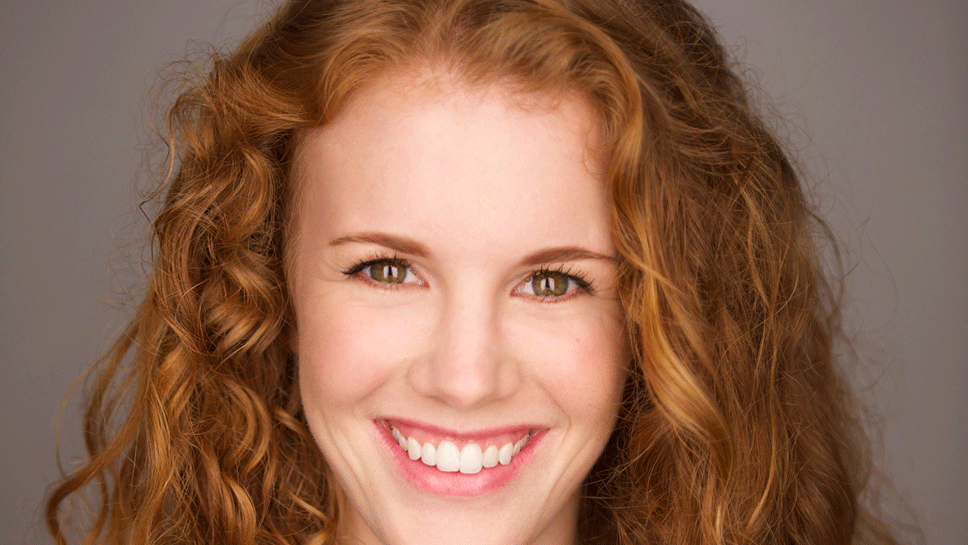 Actress and Lake Bluff native Natalie Beck may not live in the area any more, but that doesn’t mean that she hasn’t maintained connections to Citadel Theatre in Lake Forest.

Beck, who lives in New York, was a member of the ensemble and understudied Cosette in the 25th anniversary national tour of Les Miserables, cites Scott Phelps of Citadel as an important influence on and mentor of her chosen career. Citadel Theatre is holding its Summer Gala “Broadway Under the Stars” Saturday, July 18 at Nancy and Adrian Smith’s David Adler-designed home in Mundelein, and Beck will perform at the event.

Gregg Shapiro: Natalie, when did you know that you wanted to be an actress?

Natalie Beck: I grew up in Lake Bluff. That’s how I’m connected to Citadel (Theatre). At first I was really shy growing up [laughs]. Then in Central School, from third to fifth grade, Tom Beck was a teacher there. He would put on shows every year. My final year, fifth grade, I decided I would step up and try to project. It was all about projecting and being onstage. I had a glimpse of what I might like to do and pursue.

Then, in eighth grade, that was my big break [laughs] in Lake Bluff, where I played Dorothy in The Wizard of Oz at Lake Bluff Middle School [laughs]. I pursued that role and once I performed it onstage, I was sold! High school was devoted to dance classes and singing lessons and acting classes. I started going to downtown Chicago and I had an agent, as well. Then I went to school for opera, originally, at Lawrence University in Appleton, Wis. But I missed the dance and theater training, so I transferred to Westminster Choir College in New Jersey.

GS: Growing up on the North Shore, in Lake Bluff, did you and your family take advantage of the multitude of cultural and the theatrical options available to you?

NB: Yes. We saw a lot of performances at the Gorton Community Center (in Lake Forest). Citadel was just starting up in my high school years, I think, so I hadn’t seen one of their shows. But when I was home – I took a semester off when I was transferring schools – I saw that they were having auditions. I wanted to keep connected in the community and also have something to do while I was home and applying and auditioning at other schools.

I got cast in “And Neither Have I Wings To Fly” by Ann Noble and that’s how I met Scott Phelps and others and got to know more about Citadel. We also went to Northlight Theater and Writers Theater and Chicago Shakespeare Theater. We went downtown a lot to see musicals. I think the first musical that I remember seeing downtown was Showboat, something that also sold me on musical theater [laughs]. We did take advantage of the theater that was around. My mom is a professional artist, so she did want us to be involved in the artistic culture of the area.

GS: I’m glad you mentioned musicals. You were recently on the national tour of Les Miserables. In your personal list of favorite musicals, where does Les Miz fall on that list?

NB: Les Miz was my favorite musical in middle school [laughs]. I would go down to the practice room at lunchtime and sing through the score with my friends. When I booked Les Miz, and I booked it right out of college, I called my elementary school friends first and I told them, “I’m going to be the understudy for Cosette [laughs] in Les Miz!” I was in the ensemble every time I wasn’t understudying. I saw Phantom of the Opera and Les Miz whenever they came to town.

When I was in sixth grade, the Lake Bluff Middle School had auditions to be in Joseph and the Amazing Technicolor Dreamcoat for the tour that was coming through Chicago. I did that when I was in sixth grade. That gave me a glimpse of what it was like to be on tour. When I came to Chicago with Les Miz, it was really exciting because I remembered that – seeing the actors when I was in Joseph. I was like, “Oh, they have to go grocery shopping [laughs]. They have lives outside of the theater.” When I was in Chicago (for that tour), I thought, “Wow, I’m actually doing what I watched other people doing while I was in middle school.”

The Lake Bluff Middle School actually came down to see the show, and I was on for Cosette that night. I think I had like 40 family members and friends, everyone from Lake Bluff and Lake Forest, in the audience to see me. It was really special. I came out of the stage door and they were all there.

GS: That must have been a great feeling. What are the challenges of being part of a national tour?

NB: The No. 1 benefit of booking a national tour is now I have that credit. Also, I learned a lot about that high caliber of production. I joined eight months into the tour so I had to do exactly what the girl I was replacing did. You have to come in and do exactly what you’re told and fit into the bigger whole. It was a good experience to see what that was like. I learned a lot about what it was like to perform the same show, eight shows a week for two years. How to keep it fresh and what it’s like when different people go on. Every show, every night is a different show. The challenges are keeping it fresh even after six months. I had to make sure that I didn’t go into automatic pilot mode.

I would try to remind myself of my middle school self [laughs] and how I would be so proud and excited to see myself in this production. I’d remember that there are people who are coming to the show who have never seen it before. You want to make it a special experience for them. It was a challenge at first, but I figured out ways to make it fresh every night..

GS: What about the rewards?

NB: I met so many people in the business being on that show. Now I have a wider range of colleagues and people who do different types of shows. We’re now connected in so many different ways. It’s a small world [laughs].

GS: You mentioned your earlier experiences with Citadel Theatre, which goes back to your college years. Do you know what you will be performing as one of the soloists at the “Broadway Under the Stars” gala for Citadel Theatre on July 18?

NB: Yes, I’m doing a medley from Phantom of the Opera, which is one of my other favorites [laughs]. It’s a medley put together by a coach that I worked with here in New York City. I thought it would be fun because it’s an evening to celebrate musicals and all of those melodies that everyone knows and that ring true to so many people. The lyrics are universal. It will be fun to sing that.