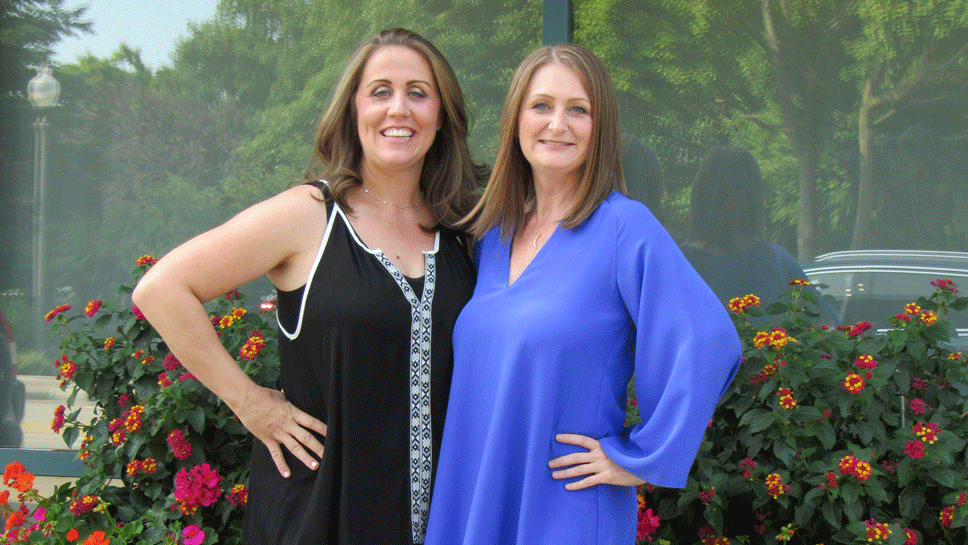 Makeover winners Andrea Pufpaf and Shelly O’Regan (both from Northbrook) 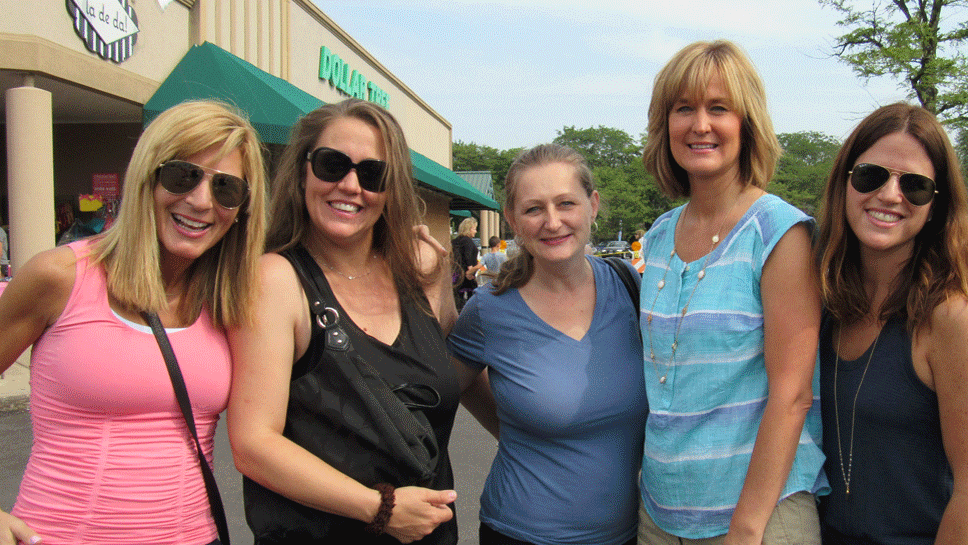 The 2015 Northbrook Sidewalk Sale opened in a grand way on Friday morning July10th, as two unsuspecting Northbrook Mom’s, each to four children, were surprised with an entire day of pampering from Carolyn Lorraine Salon, Juniper Boutique, and Payton Rose. Lunch was also provided by Little Louie’s.

Marie Junkmann (Event Producer from the Shops of Downtown Northbrook), Ron Bernardi, and owners of the donating businesses were on-site during the life changing announcement made by Karen Firsel (TV personality and Northbrook resident) in which Shelly O’ Regan and Andrea Pufpaf were in disbelief! O’Regan stated, “I am completely shocked & speechless! ” O’Regan’s Husband, Dan, nominated Shelly for the makeover and Andrea wrote in for the opportunity. Both were selected from the panel of Sidewalk Sale judges.

For O’Regan and Pufpaf, they have spent years dedicating their lives to service of others. Both Moms to four children, they are in the hustle and bustle of busy life with children and often put their needs last. They are the first to jump in when others need help, and make the World a more beautiful place. In fact, Pufpaf came to the event, sporting hair over 15 inches long as she has been growing her hair to donate to Wigs for Kids. This is her 4th time donating her hair for wigs!

Complete haircuts and highlights, manicures & pedicures, makeup, lunch, and outfits~ the day truly was one which will always be remembered. As Pufpaf stated, “This was everything one could think of and more, such an incredible day-I feel so blessed!” O’Regan said “Moms so often are used to being selfless. We forget to take care of ourselves. If I could give this to every Mom, I would!”