Editor’s Note: This story on Wilmette is the first in a summer series about the history of North Shore towns. 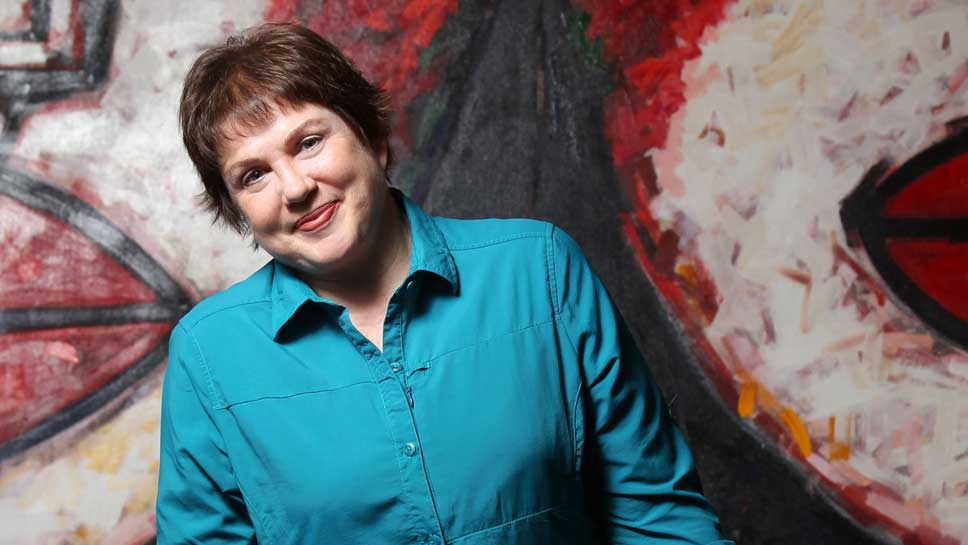 Incorporated in 1872, Wilmette’s history includes its affiliation with an Indian chieftain that didn’t exist.   The mythical Wilmette Indian (a village logo once depicted an Indian chief) was concocted by those trying to sell area property. According to Wilmette Historical Museum curator Patrick Leary, there was no Chief Ouilmette.

“There never has been,” Leary said. “There’s an Archange Ouilmette —formerly Archange Chevalier — who was half Potawatomi and half French.   “She had married a French fur trader named Antoine Ouilmette, and they had lived at the mouth of the Chicago River and ultimately moved up here to what is now Wilmette. Their cabin was located approximately where the water plant and Gillson Park is now.”

The Ouillmettes didn’t stay for life. The couple decided to move West to be with Mrs. Ouillmette’s Indian relatives in Iowa.

But Wilmette had not seen the last pioneer. One visitor to the Ouillmettes’ cabin in 1836 was a man named Alexander McDaniel. He, too, was a trader.   McDaniel — who sought fortune in the California Gold Rush of 1849 —went on to become one of Wilmette’s founders in 1872.

Wilmette would swell with new pioneers — types who would forge the young nation and challenge religion, tradition and the status quo. Indeed, the first village north of Chicago became a center for seeding food, ideas and innovation. Wilmette became home to inventors and entrepreneurs — and arguably the world’s first known serial killer —and host to an American president.

“There are phases in the history of Wilmette’s population,” Leary said. “Up until recently, there was a steady expansion. The early settlement period includes German-speaking Catholics settling west of Ridge Road and, then, mostly British descendants settling east Wilmette.”

After the railroad was built in the 19th century, a community and a culture sprang forth. Leary’s studies show that Wilmette was quiet until the 1890s — repeatedly rejecting becoming part of Evanston — when it started paving streets and adding infrastructure.

In the 1920s, in the area known as Gross Point (a story unto itself), there was ethnic and religious division between Gross Point’s beer-drinking, German Catholic farmers and the puritanical Woman’s Christian Temperance Union in Evanston, a powerful religious group mixing feminism with fundamentalism.

The Temperance Union scorned the Gross Point farmers’ alcohol consumption. Leary said that they looked down upon saloons serving alcohol. Then, the Constitutional dictate against alcohol (in the form of the 18th Amendment) came down.   By the time the law was repealed, Wilmette’s farms had thinned following a postwar housing boom.

The most iconic structure to emerge from that early period is the Gross Point Village Hall on Ridge Road between Lake and Wilmette, on the west side of the street between Washington and Schiller, where Leary said the Wilmette Historical Museum relocated in 1995.

“It really speaks to the peak of the German-speaking farming saloon-tending culture of Gross Point,” he said.   Leary credited an Ames Emerich & Company bonds partner named Herbert Mulford — who was a businessman, former newspaperman, Wilmette historian and, later, president of Wilmette’s school board — as the museum’s fountainhead.
When asked to identify Wilmette’s best resident, Leary diplomatically deferred, citing well-known Wilmette residents such as Charlton Heston, who lived at 325 Maple Avenue, Ann-Margret and Bill Murray, who attended St. Joseph Catholic School and lived across from Mallinckrodt College. Famous people who live there now include former Saturday Night Live star Julia Sweeney, best known for her portrayal of Pat, whose gender was never quite figured out.

For those who love Christmastime, Wilmette’s inventor of the distinctive bubble lights, Carl Otis, would be high on the list. Otis conceived of the bright, colorful lights in the early 1940s and first offered them for sale through the Noma Corporation. Otis lost control of his patent in 1950, when he opened a small hobby shop in Wilmette called The Otis Company at 619 Green Bay Road. The store closed in 1957.

Wilmette is one of several communities to claim origin of the Girl Scout cookie. Apparently, in the 1930s, a Girl Scout troop leader enlisted the local Sweet’s Tin Shop to make a mold and what later became Wilson’s — and then Ann’s — Bakery to make the cookies. Wilmette’s Girl Scouts even appeared for their cookie campaign on the front page of the Chicago Daily News.

Wilmette unfortunately is where America’s first recorded serial killer, Herman Mudgett, lived. The mass murderer, who preyed upon visitors to Chicago’s World’s Columbian Exposition of 1893 pretending to be a pharmacist and going by the name Dr. H.H. Holmes, built a house in Wilmette and commuted to Chicago where he had designed and built a hotel specifically as a place to torture and murder women and children. Leary said that Mudgett’s Wilmette house, located on 11th street between Lake and Central, is no longer standing.

Mudgett, who had a wife and daughter, murdered women like Jack the Ripper and killed as many as Chicagoland’s John Wayne Gacy — with one estimate as high as 200 victims. Mudgett was arrested in Philadelphia in 1895. At the time, Leary said, the press camped out at his house in Wilmette trying to get an interview with his wife.
Leary said that President Theodore Roosevelt came to Wilmette more than once.

Roosevelt, he explained, was close to an Army chaplain who had been part of Roosevelt’s Rough Riders during the Spanish-American War. Roosevelt’s friend, Father Edward Vattmann — namesake of the park on Lake Avenue — had retired to Wilmette. Vattmann had ministered to Sioux Indians in South Dakota, where he may have first encountered Roosevelt, and served with Roosevelt’s contingent known for charging San Juan Hill. Whenever Roosevelt came to Chicago, Leary said, he would stop in Wilmette to spend time with Father Vattmann.  Many Wilmette streets remain historic, with paving bricks laid between 1890-1915.

Many North Shore towns used paving bricks but Wilmette’s remain partly due to a government-sponsored project to put unemployed men to work during the Depression. The workers were assigned to remove the bricks, pour new sand and replace each brick turned upside down. Leary said that’s partly why Wilmette still has miles of streets with paving bricks.