Walk into Bangers & Lace on a weekday at an off-hour, and it strikes you. Or should I say, many things strike you at once.

Like I said, it strikes you, but exactly what that is — somewhere between a hipster locale and the bar equivalent of the Bates Motel maybe — is up for debate.

The chef, Jesse Miller, appears from the kitchen. He offers us a beer from the extensive list, citing the age-old proverb: somewhere, it’s got to be 5 o’clock. We respond accordingly, eyeballing the beer list, a towering chalkboard behind the bar. We look pleasantly dumbfounded. Miller comes to our rescue. 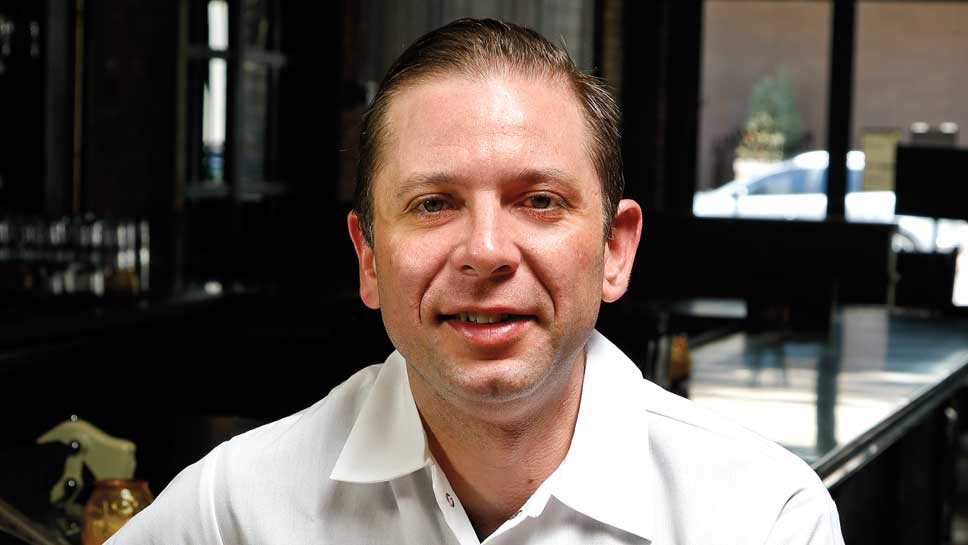 Surveying the list, I ask him what he’s looking for. A pecan porter, he says. One that would go excellently with the menu’s new dish, the “No Spring Chicken.”

Alas, to no avail.

“Apparently it kicked last night,” he notes, going for the next best thing: an 1809 Berliner Weiss by German brewing company Professor Fritz Briem.

“It’s got a farmhouse funk to it, a little acidity — a little sour,” says Miller.

He grabs a couple of 12-ounce snifters and pulls the corresponding tap. (At any time, Bangers has more than 30 international beers on tap.) Indeed, the ghostly stains of past brews linger on the chalkboard’s edges. Miller plates the dish, and we relish in his (second) choice in beer.

“My inspiration for [this] dish was the first day that was over 60 degrees,” he says, laughing. “I wanted to do something light, something fresh.”

This Evanston-based restaurant has a sister — the original in Wicker Park. The name is the same: “Bangers” is the British term for sausage, and “Lace” stands for Brussels lace, the intricate veil of beer foam that clings to the side of the glass as you drink it.

For the dish, aside from selecting the right libation to complement it, Miller’s advice is simple: “Make sure you have your oven set at the right temperature for the chicken. You always want to roast chicken at usually around 450 degrees, just to get that nice sear on the outside and to make sure it stays nice and tender and juicy on the inside.”

And not to fear: it says creamy corn but there’s no cream in the dish whatsoever. Come into the restaurant, and you can feel assured the birds they use are Amish chickens. That means no genetically modified organisms (GMOs), and they’re completely free range.

Adds Miller, “It’ll fill you up, but it won’t make you feel full.” 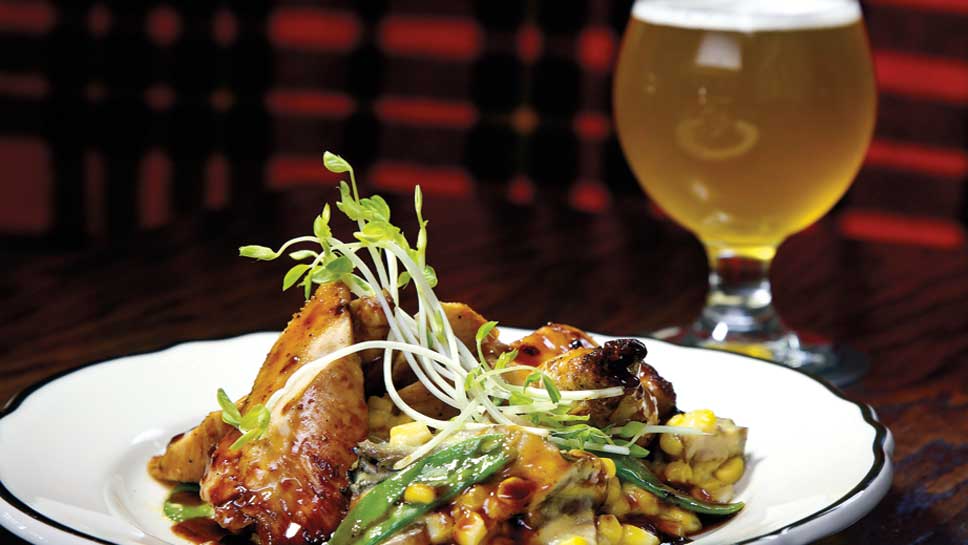 Bangers & Lace’s No Spring Chicken was inspired by the first spring day that topped 60 degrees this year.

1 whole chicken (broken down into two breasts and two thighs)