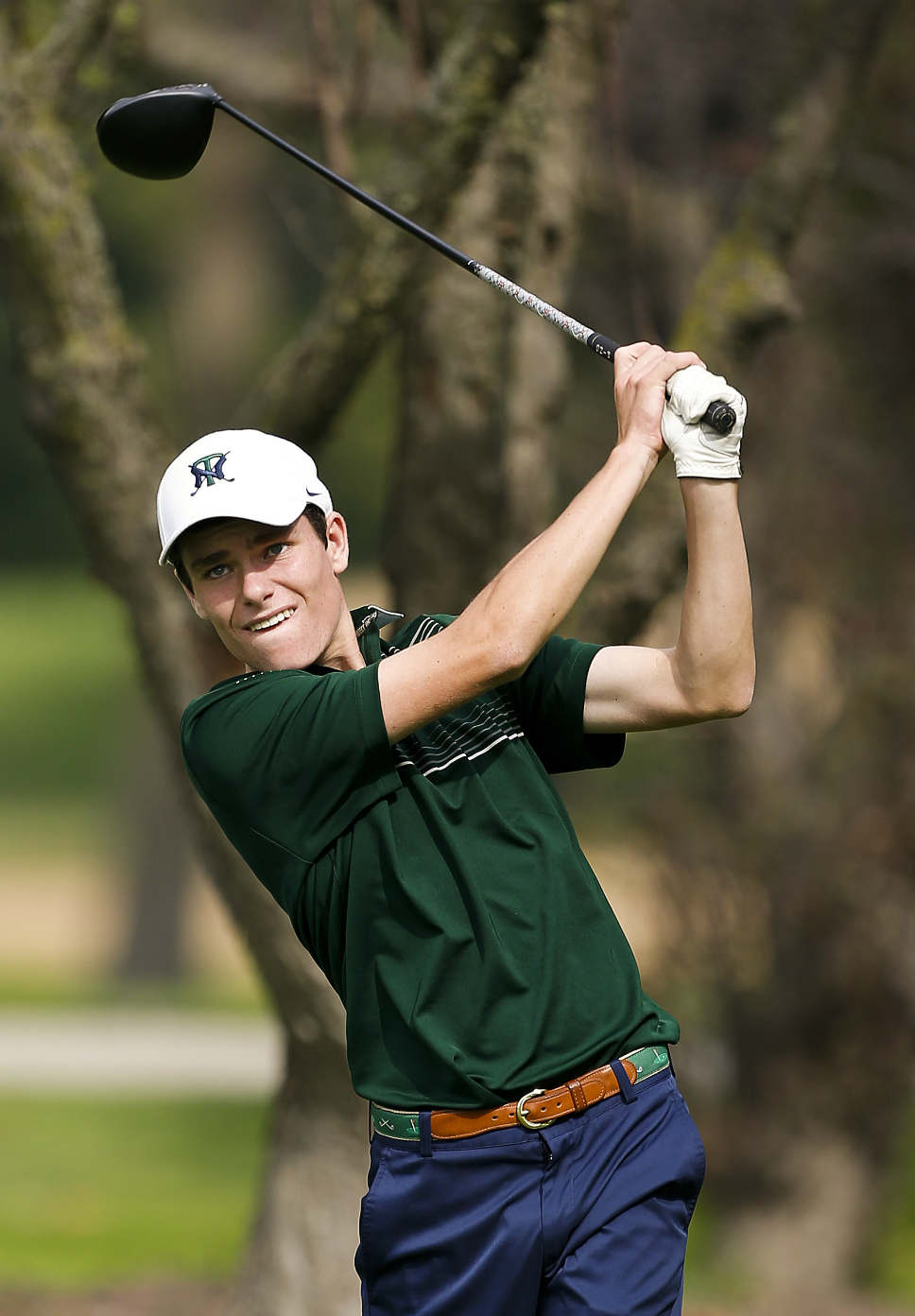 Matt Murlick, seen here during high school action last fall, took fifth at the Illinois State Junior Amateur Championship. The New Trier senior-to-be will be one of the pacesetters for the reigning Class 3A state runner-up this fall. Photography by Joel Lerner

A Ferrari does it to Matt Murlick. Does it to him every time. If such a car is anywhere near the senior-to-be at New Trier High School, he stops, stares, marvels, smiles. One of his classmates, Andrew Huber, has been nearby when a Ferrari catches Murlick’s attention.

Matt Murlick must be a fan of the color green, too. Golf is his game, his passion, his escape from the rigors of admiring a certain Italian luxury sports car.

“Matt, since I started playing with him three, four years ago, has always been a really good putter,” Huber adds. “His putting stroke is consistent. He’s good around the greens, which makes him a threat at any tournament.”

Murlick competed at the 46th Illinois State Junior Amateur Championship at Makray Memorial Golf Club in Barrington June 23-25. He shot 73-71-76 at the par-71 course, solid enough for fifth place and a five-tournament America Junior Golf Association exemption in 2016. He was a threat. On the front nine, on Day 1, Murlick carded a 6-over-par 41. On the back nine, on the same day, he took only 32 shots (4-under).

The 5-foot-10, 145-pound Trevian birdied the 10th hole and holed out from a fairway for an eagle on 11th. Two holes, 3-under-par, front nine forgotten. Completely. From there it was, in essence, full Spieth ahead.

“The birdie [on 10],” Murlick recalls, “was the turning point. I started to feel confident.”

The result at Makray extended Murlick’s string of strong showings in 2015 to three. He had topped the field at the Deerfield Open April 18-19, carding a 4-over 147 (74-73) at a Mid-America Junior Golf Tour (MAJGT) event at Deerfield Golf Club. Less than a month later, at Shepherd’s Crook Golf Course in Zion, Murlick tied for third place (71-72) at another MAJGT tournament.

“Working on my game [at Northwestern University’s indoor golf facility] in the offseason, especially from 100 yards and in, kept my game fresh,” Murlick, a two-year varsity member, says. “I was there three times a week sometimes, with some of my teammates and other kids from Loyola [Academy] and Glenbrook North. It helped me a lot, doing that in the winter months.”

Murlick helped New Trier finish runner-up at the Class 3A state tournament last fall, shooting a 155 (80-75) at The Den at Fox Creek Golf Course in Bloomington. The aggregate score ranked fourth among Trevians and tied for 29th place overall. He had earned medalist honors at the Glenbrook North Regional weeks earlier, touring Sportsman’s Country Club in an even-par 70 for the championship squad. He had tied for fifth place at the Central Suburban League South Tournament five days before that.

“You have to rely on your teammates during the season, and Matt is reliable, in addition to being a supportive teammate,” says Huber, who paced the Trevians at state last fall with a 76-74 (sixth-place tie). “We found out we can depend on him to come in with a strong score. What makes him dependable is his strong mental game. No matter what kind of round he’s having, he stays focused, stays strong.”

Mention his upcoming New Trier season, his final autumn in a program that has captured nine state championships and finished state runner-up 14 times, and then listen to Murlick, his voice reaching a “I-just-saw-a-Ferrari!” level.

“I am really, really excited,” Murlick says. “Last year we had a very good regular season and were close, really close [at state]. The team is looking good.”

Three NT seniors — former state champ Jack Junge, Will Connelly and Will Seaman — played their final prep rounds at state last fall. Significant losses to graduation, all of them. They will be missed. Murlick, Huber and junior-to-be Justin Choi will return as state-meet linksters, been-there, putted-there vets.

Murlick caddies some at Skokie Country Club in Glencoe this summer. You are much more likely to find him at Winnetka Golf Club, working on his game, playing a few rounds. It is the Trevians’ home course.

It is his home course.

“I’m there practically every day [in the summer months],” he admits. “I’m the golfer in my family now, the only golfer. My parents don’t play. My brothers [Andrew, a freshman-to-be at the University of Illinois, and Ben, a freshman-to-be at NTHS] no longer play. I’ve always liked golf. I started playing golf when I was 8. I went to golf camps.”

You don’t get a third clue.