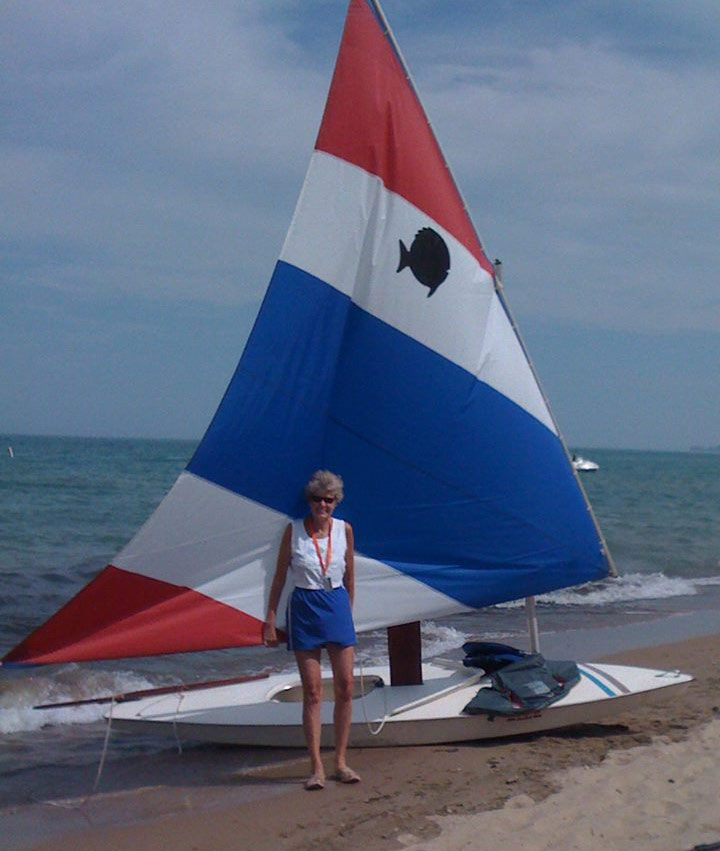 Judy Meikle likes to take someone else’s hand, often a person she barely knows, and place it on her heart. The reason is this: Judy’s heart is beyond special. The 63-year-old Winnetkan has the heart of a 21-year-old hero beating inside her chest. That hero was Corporal Benjamin S. Kopp, a decorated Army Ranger, wounded in Afghanistan in 2009, who gave life at the moment of his death.

This July 20th marks the sixth anniversary of Ben’s heart beating for Judy. “It’s a miracle,” Judy says about her transplant. “By living with someone else’s organ, you are allowing part of that person to live on. So I don’t know of a better tribute to someone than to have his heart beating inside you. Or for the donor’s family to know that part of their son, father, mother, brother, cousin, friend, or whoever, lives on in another person. That’s a miracle. There’s no doubt about it.” 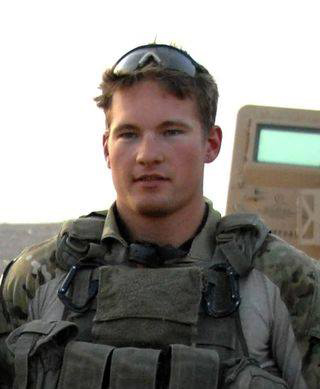 The intersection and then crossroads of Judy and Ben’s lives took this direction: Judy was diagnosed seven years ago with a heart condition, non-compaction syndrome, which she was born with. The diagnosis came to light when she acquired an unending cold that was misdiagnosed as pneumonia. “It felt like an elephant was sitting on my chest,” she says.

“There were no surgical options other than transplant,” Judy says. “At some point, I would have died. Even the fact that it was not discovered until I was in my late 50s is unusual.” 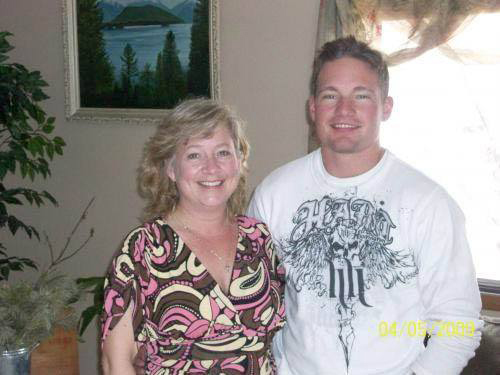 On the other side of the planet in Afghanistan, according to published accounts, Ben was involved in heavy firefight alongside fellow soldiers, taking part in Operation Enduring Freedom. He was critically wounded on July 10, 2009, when a bullet reportedly pierced his leg and secondary femoral artery. Clinging to life, Ben was rushed to a hospital nearby for surgery, transported through Landstuhl Regional Medical Center in Germany, and then was ultimately transferred to Walter Reed Army Medical Center in Washington, D.C. In his hospital bed, the valiant soldier was encircled by tubes and wires. So strong in life, Ben, over the next few days, had life slip away from him and was declared brain-dead, according to Jill Stephenson, Ben’s mother, of Rosemount, Minnesota.

The miracle began unfolding. “My good friend Maria Burud is Jill’s first cousin,” Judy says. Maria knew that Judy couldn’t live without a new heart, and then she read in her cousin Jill’s prayer blog that Ben was dying and his organs were going to people waiting for transplants.

Usually no one gets to choose who receives this precious piece of cargo, but this time, destiny stepped in. Grieving mom, Jill, created the human link connecting the actors in this heartfelt drama. During a meeting with Ben’s doctors, Jill was told that she could designate a recipient for any of her son’s major organs as long as the person was on the official transplant list.

Maria reached out to Jill with condolences, and she also relayed the vital message to the grieving mom that her friend, Judy, needed a healthy heart. In this case, Ben’s family was able to request that Judy be the recipient.

“When I read Maria’s message,” Jill says, “I called her immediately and basically got Judy’s people in touch with Ben’s doctors. This whole string of events was miraculous, including, of course, that Ben’s heart was a match for Judy.” The next thing Judy knew, a nurse called, telling her to show up pronto at Northwestern Memorial Hospital downtown.

It was a match made in heaven. Now almost six years later, Judy confidently says: “I’ve had no signs of rejection. I got out of the hospital in nine days and the record is eight days.”

“I got to feel Ben’s heart actually beating in Judy’s chest, and I believe that his heart never stopped beating,” Jill remembers. “It was removed from him and kept alive until it was put in her just hours later. Judy is not shy about letting people feel her heart. It’s very special.”

Judy and Jill spent the first New Year’s Eve together, ringing in January 1, 2010 with Ben’s heart. Every Mother’s Day, Judy calls Jill first and then both Ben’s grandmother and great-grandmother, who at 94 answers with, “Oh, it’s my eldest great-grandchild!” On Judy’s 60th birthday three years ago, the cousins who made it all possible, Maria and Jill, threw her a party and sliced up a cake that read, “Young at Heart.”

“Ben’s memory is kept alive by everyone who’s living thanks to him,” Judy says. “Organ donation is not just helping one person,” Judy says. “It helps that person’s family, their neighbors, their pets, their co-workers. It touches so many people.”

Jill believes all the good vibes serve a purpose: Healing. “When we make the choice, and it is a choice, to donate our organs upon our death,” Jill says, “we are saving lives of people who we may never meet. It is, in my opinion, the most selfless act that we can give another human. It’s a wonderful legacy to leave behind. It enables families to continue on for generations because a life was saved. That link doesn’t get taken out of the chain of life.”
The two women linked by one heart, now sound the bugle call for organ donation because it has such a profound “ripple” effect, as they both describe it.

“When you have somebody like my son, Ben, who gives all of the major organs, bone, skin, and tissue, their donation saves or enhances the lives of 60 people,” Jill says.

Major organs like the kidneys, pancreas, liver, lungs, heart, and intestines, can be donated to eight people waiting for life-saving transplants, according to organdonor.gov of the U.S. Department of Health & Human Services. It states: “Last year alone, organ donors made more than 28,000 transplants possible. Another one million people received cornea and other tissue transplants that helped them recover from trauma, bone damage, spinal injuries, burns, hearing impairment and vision loss.” The ripple effect continues.

Judy is a popular speaker at Chicagoland Rotary Clubs where she spreads the message. “One of the first things I ask is, ‘How many people in here are organ donors?’ ” Judy says. “It’s always a huge percentage. I see a minimum of 75 percent. That’s higher than the Illinois average.”

“Every time you renew your license in Illinois, thanks to Jesse White, they will ask you, ‘Would you like to be an organ donor?’” Judy continues. “If you are an organ donor, it’s on the front of your license.” (On your driver’s license, look for a bright red state-of-Illinois logo with the word “Donor” in white.)

These days, Judy lives life to the fullest because Ben and his family gave the ultimate gift. “I do water-ski and sail,” she says. “I’m bringing the sails up from the basement today. It’s a 1965 vintage red, white, and blue Sunfish.” Patriotic to boot.

As an ever-present reminder of Ben’s gift, in Judy’s living room is a photo of him with this New Testament text from John 15:13 inscribed next to his face: “Greater love hath no man than this, that a man lay down his life for his friends.”