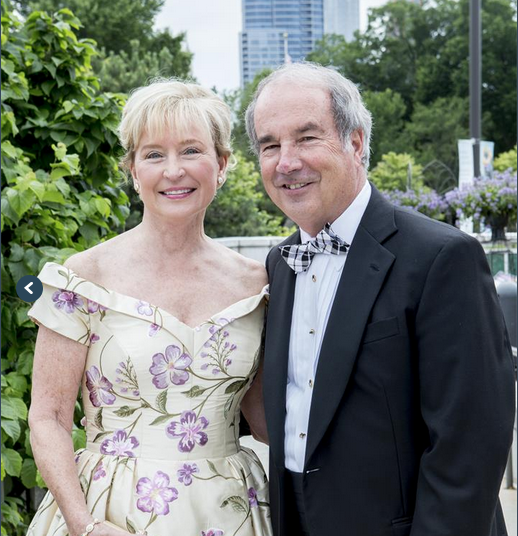 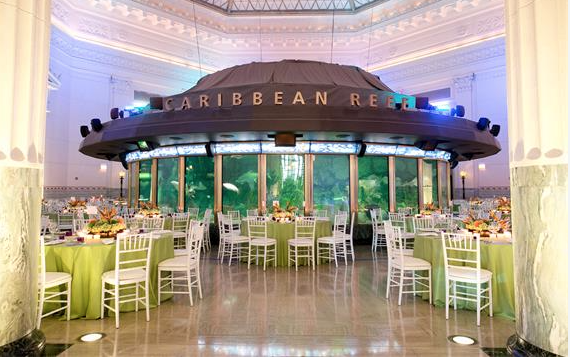 Chicago’s top philanthropic leaders came together for a transformational evening on June 20 to support Shedd Aquarium’s conservation and animal rescue and rehabilitation programs, raising approximately $2 million during its annual black-tie gala. The Metamorphosis Ball, themed after the aquarium’s new special exhibit featuring over 40 amphibian species and their amazing life-changing abilities, attracted 770 guests that supported Shedd’s mission of connecting people to the living world.
Gala Co-chairs Katie and Brent Gledhill and Julie and Jim O’Connor, Jr. and a committee of more than 50 volunteers planned an evening that was educational and entertaining, as well as a fundraising success – setting a new record for the amount of money raised in the annual soiree’s 20-year history. Shedd Board Chairman H. John Gilbertson Jr., along with Shedd trustees, corporate partners, members, government officials and more, celebrated in style, donning suave tuxedos and glamorous dresses in every color of the rainbow – much like those of Shedd’s amphibian residents. 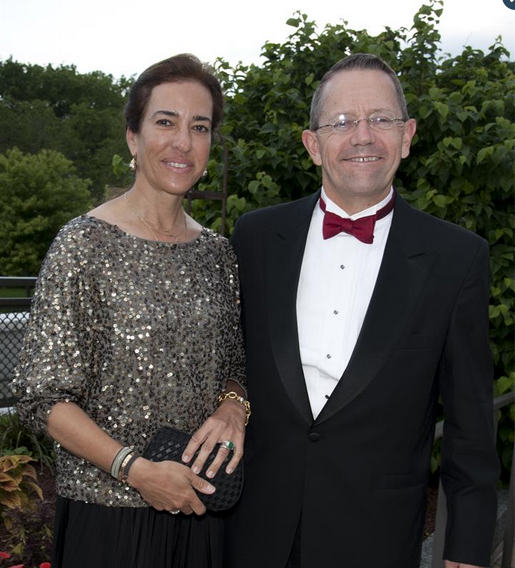 “We are thrilled by the generosity of our guests attending this year’s gala, especially the support from all of our Trustees and Chairmen,” said Shedd President and CEO Ted A. Beattie. “Their support is the keystone of our fundraising success – all of which supports the incredible conservation, rescue and rehab efforts and our mission to connect millions of people to the living world. We are grateful to our many supporters who help Shedd inspire the next generation of conservation stewards to make a difference and animal rescue efforts.”
A steel drum filled the air with pumping sounds as guests arrived at the event. Sipping on specialty cocktails and sampling hors d’oeuvres that included a selection of Guinness braised short ribs, grilled shrimp and sundried tomato and burrata catered and generously donated in part by Sodexo, guests were offered the unique opportunity to encounter sea lions, beluga whales, penguins, and get up-close to the new exhibit: Amphibians.
The evening entertainment continued as guests took their seats for Shedd’s aquatic show emceed by famed journalist, television presenter and longtime Shedd supporter Bill Kurtis – who donned a green tuxedo. Guests were surprised and delighted by the ribbitting show featuring local Chicago favorite, Cowboy Jukebox. Performing along to a “Rainbow Connection” of sea lions, beluga whales, Pacific-white sided dolphins and rescue animals including dogs, owls and red-tailed hawk, and a special “Jerimiah was a Bullfrog” penguin parade with rockhopper and magellanic penguins – guests enjoyed a rock ensemble as the five piece band percussion was scattered throughout the Abbott Oceanarium. 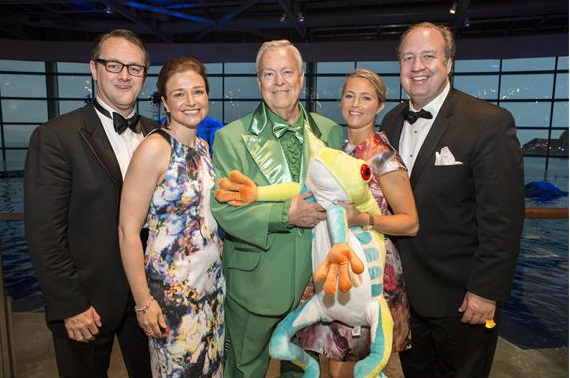 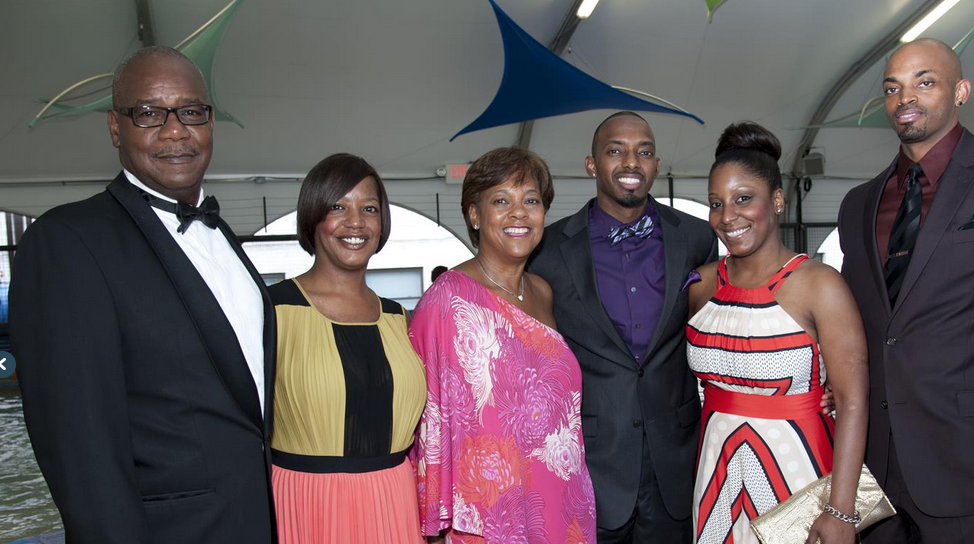