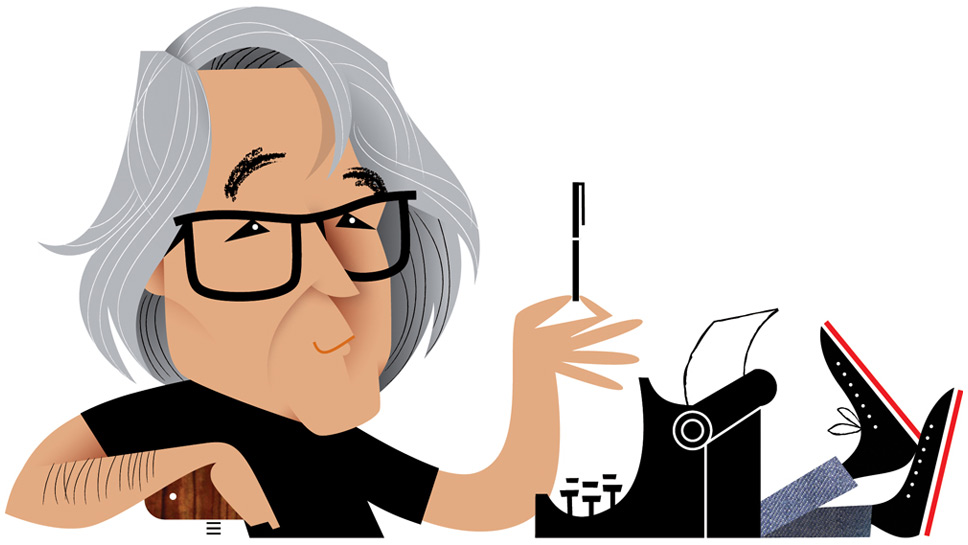 Sometimes it seems the North Shore lifestyle rivals that of California’s when it comes to healthy living. People here shoot for longevity.

But there’s one thing you can’t get from organic foods, workouts, yoga, probiotics and even gene therapy.

This thought hit after seeing a picture of a tombstone in a Los Angeles cemetery. It memorializes a couple who spent 50 years together. Hard to believe they made it that long. They didn’t exactly have a healthful lifestyle.

She was a runaway who became a showgirl in Arizona Territory (showgirl is one way to put it) and kept company with unwashed cowboys, rustlers and silver miners.

Her man, the man buried beside her, was also not much of an insurance risk. He was both a lawman and an outlaw. People shot at him.

After one gunfight in which he was at point-blank target, his compadres checked to see how bad his wounds were. They found two dozen bullet holes in his clothes, but not a scratch on his body.

One more thing: he had a friend who was like a brother to him, and this guy was dying of tuberculosis. There was a lot of coughing in airless poker games. No matter.

The man in the cemetery and the woman who was the love of his life thrived on cigars and redeye whiskey. They breathed the polluted air of mining towns. They dodged bullets, rampant germs and probably ate gluten.

He died a peaceful death at 80 and she made it to 83. Wyatt Earp and Josie (Sadie) Marcus had more than a long life of adventure together. They had longevity’s secret.