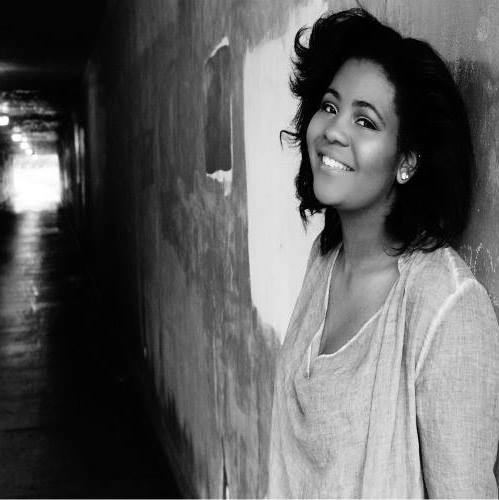 One of her favorite books is “Jane Eyre.” She can glide her bow across both the violin and viola in the school orchestra. The greeting, “Bonjour,” flows effortlessly from her lips. She served the ball handily as captain of the Girl’s volleyball team as a freshman. Now as a rising senior, she’s often at the wheel in ceramics, calling a cheer on the sidelines with other cheerleaders, or chatting it up in Fem Club. A regular Trevian.

Except that every time she walks into a room at school, no matter the class, activity, or club, there’s one thing that seems to matter more than anything else: The color of her skin.

“My biggest challenge is having other students see me as who I am first,” says 17-year-old Emmanuelle Haye. “Whenever I walk into a classroom, I will always be black first. I will always be labeled a black writer, or a black girl, or black student. I think that’s one of the hardest things to really break down at New Trier.”

With New Trier’s all-around stellar scores in academia, sports, and the arts, Emmanuelle says that there was never a question she would walk into a classroom elsewhere.

“My mom got relocated with her job when I was in 5th grade,” Emmanuelle says. “She’d looked at Avoca’s and New Trier’s test scores. We value education, and my mom felt they offered the best education for me.”

Emmanuelle spent her preschool and early elementary years in the charmingly named towns of Cherry Hill, New Jersey, and Blue Bell, Pennsylvania. In both schools, she was in the minority, and therefore always stood out. When middle school rolled around, she and her fellow students cracked open books like “Huckleberry Finn,” “The Other Wes Moore,” and “To Kill a Mockingbird,” Emmanuelle felt the focus of everyone’s attention.

“When you’re reading those books, you feel the eyes all go to you,” Emmanuelle says. “You have kids seeing these examples in books and the language that it’s written in. There’s Ebonics and broken English. It creates so much discomfort. Am I put into the same category with all these other people just because we share the same skin color?”

Part of the issue, Emmanuelle believes, is the belief that race is only about civil rights activism and slavery. It’s as if the clock stopped on progress in 1964. “If we were able to normalize race without it being so controversial,” Emmanuelle says, “We could see that excellence comes from all different races, and then we could finally talk about the controversial aspects.”

As a teenager who envisions that someday she’ll lift a scalpel as a heart surgeon, Emmanuelle longs to see the full range of life roles available to her and the students sitting with her in class. “We barely ever learn about writers who are black, scientists who are black, or historians who are black,” she continues. “Based on our reading list, civil rights activists and slaves are the only types of people who make up my history.”

Out of roughly 3,200 Trevians on the East Campus, Emmanuelle is one of about 25 African-American students. Since the spotlight shines so bright on her, she feels the need to be a role model 24/7, no matter what else is going on in her life.

“You have to conduct yourself perfectly in ways that tear you apart,” she says. “You can’t get into an accident. You can’t move your body in a certain way. You have to keep your calm. On top of the fact that you experience micro-aggressions, it all can make you feel powerless.”

Even the most innocuous, normal, and ubiquitous teenage setting–the car–can become a lesson in stereotyping. “I was listening to some music with a friend, and I’m a hip hop- and rap-type person. There’s all different layers there and the music can be philosophical,” she says. “I was dancing in the car. My friend says, ‘You’re so ghetto.’ My face just went blank. I felt so constricted. It’s those little things, like why did she go straight to saying, ‘ghetto?’”

In a recent New Trier sociology class, Emmanuelle felt her spirit lift when she saw her teacher highlight that African-Americans do have a varying social structure, just like other races. “I was proud because they showcased that there are different classes within the black community,” she says. “There’s an upper middle class. There are different ends of the spectrum.”

Stepping back and looking at the big picture, Emmanuelle still believes she’s in the right place. Her family’s top priority–gaining a high-quality education—is what New Trier serves up well. “Education is so rooted in my mind,” she says “I value it so much and with it comes opportunity, prestige, and respect. If I’m able to showcase being a good example then I’m breaking down stereotypes. Then I am finally just like any other Trevian.”