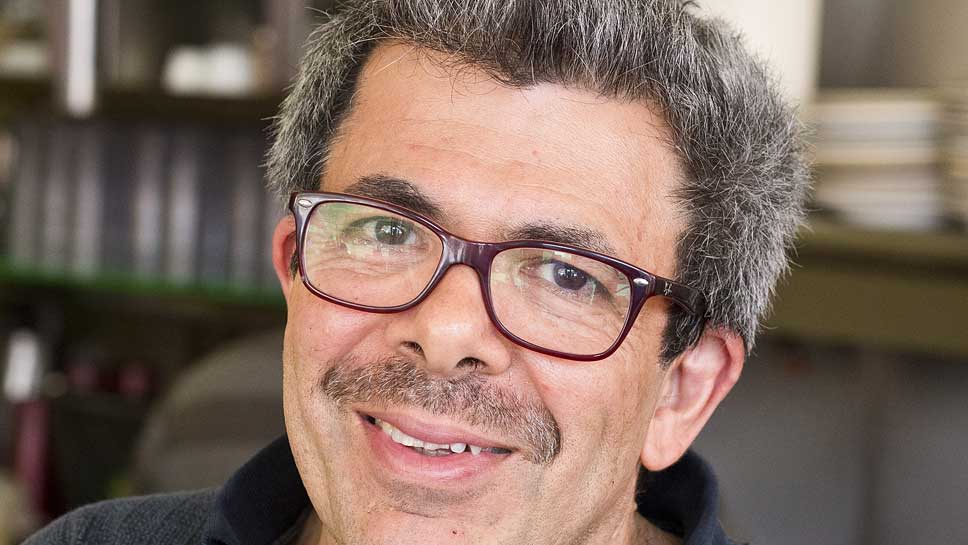 Yasmin was eight years old when her father opened a diner on Central Street in Evanston. The diner, however, takes its name for the cross street. Or was Prairie Joe’s named for Yasmin’s brother?

“I thought [it] sounded American,” offers Yasmin’s father, Aydin Dincer, the one-of-a-kind restaurant owner, artist, and all-around iconoclast. “Then I realized I had a son named Joe.”

When the diner first opened in 1991, Dincer put his kids to work. Joe was placed on a crate and was in charge of the bacon. Yasmin bussed. Looking back, Dincer calls it “free labor” with a touch of affected nostalgia, as if pining for those days.

Yasmin, now standing behind the counter with an apron, a smile and a slowly shaking head, has heard it all before from her father. That’s because the entire family, his wife Diane very much included, has worked together off and on since he opened the doors to Prairie Joe’s all those years ago.

The first time I walked through the doors, I felt like I had been transported — to where, well, I wasn’t sure. But as a Jersey boy, there’s nothing that feels more like home than a diner, especially one with a retro quirkiness pervading.

For one, they only take cash. Daily specials are truly daily. And then of course there was the artwork and the “knick knacks,” as Dincer calls them, covering every wall. I came to do a separate interview, but I left happily entranced with this slice of Americana.

Turns out I’m not the only one. While regulars are legion, a far wall honors a certain nucleus of regulars for all time with paintings that could be arrayed around a boardroom. These men —they’re all men — stare at their successors with vacant eyes. It’s a dedication to the few who have graced the diner with their presence on an almost daily basis: plumbers, firefighters, janitors. Some had been coming to this place before Prairie Joe’s even existed, says Dincer.

“Sometimes it feels like a sitcom,” says Yasmin. “You knew everyone’s name and what they were going to order.”

While the clientele and the menu have changed —at first Dincer Americanized it, with meatloaf and homemade sausages — he now honors his Turkish roots, serving meals influenced from his childhood in Ankara, Turkey’s capital.

The carrot salad burrito with hummus and feta is such a dish. Looking around, it’s hard not to notice the knick-knacks he’s collected over the years. All the paintings — his own — are for sale. Across the street, the bartender at Bluestone mentioned to Dincer he used to come here since he was in diapers. Dincer smiled as he told me the story. It was a nice feeling, being a staple of the neighborhood. What did he tell the bartender?

“Just give me the gin and tonic,” he adds, smiling. 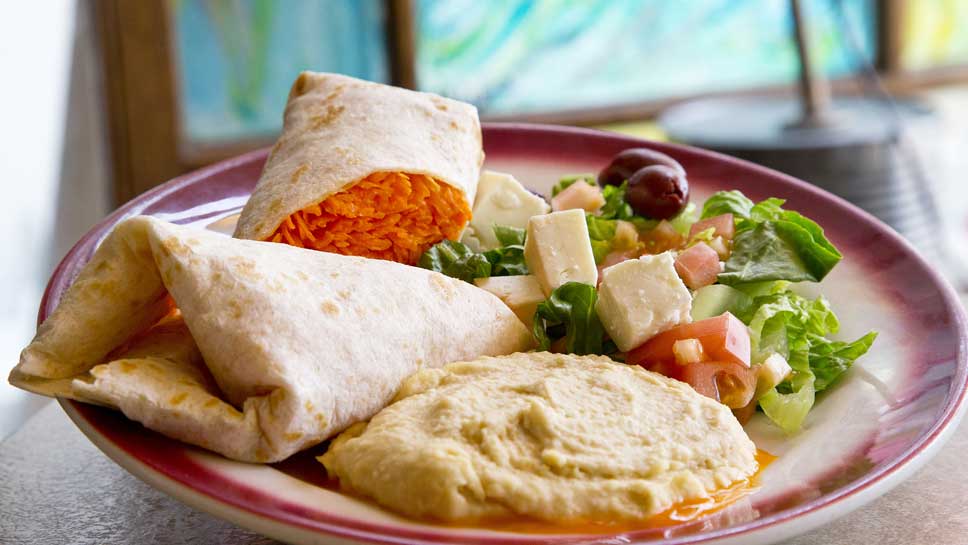 Prairie Joe’s Carrot Salad Burrito with Hummus and Feta is a taste-bud sensation.

Hand shred five medium carrots with a grater and place in a bowl.