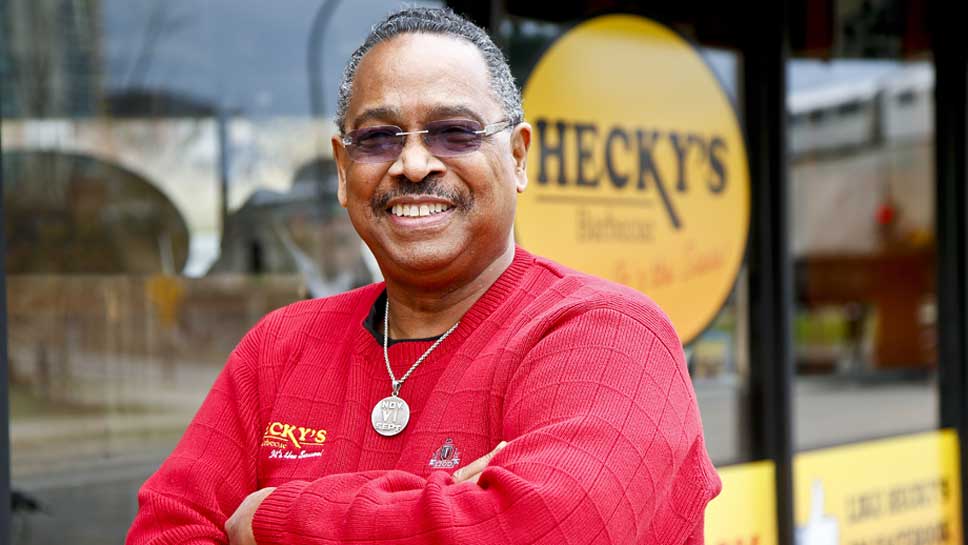 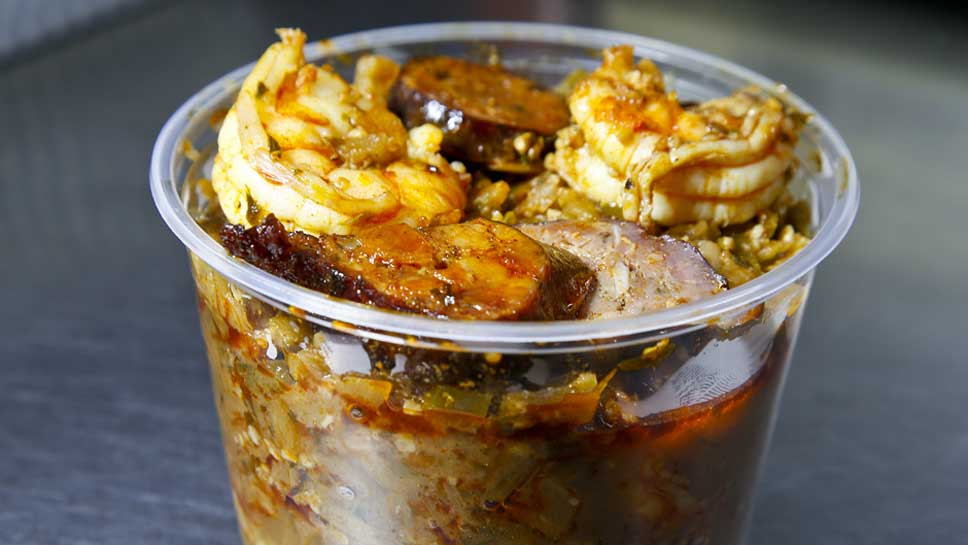 Hecky’s BBQ’s Creole Jambalaya is a signature dish at the Evanston joint. Photography by Joel Lerner

Little more than an eye-catching yellow sign without and a long countertop within, Hecky’s is, nevertheless, a mouth-watering, bone-licking, culinary staple of the city. In 1983, Powell opened the restaurant and took it from humble beginnings, adding over time a delivery truck, catering service, and merchandizing his signature sauce and seasoning. From pulled pork to baby back ribs to hot links, everything is made in-house, smoked then lathered with Hecky’s famous barbecue sauce — “It’s the Sauce!” is the tagline —giving the BBQ a dry, tender smokiness that’s full of tangy and charred flavors.

The Powell family has been living in Evanston since 1905, making them another staple of the city. With nine kids at home and her husband working long hours as a domestic worker, Hecky’s mother — a transplant from New Orleans — still found time to teach all of her kids how to cook for themselves. By age eight or so, Hecky was already preparing signature creole dishes such as jambalaya and gumbo.

Still, there were certain rules around the house in accordance with mealtimes.

“The deal was if you weren’t home for dinner, you were out of luck. Unless you stayed after school to study or for sports or something, she would put a plate aside,” says Hecky. “But if you were out there bs’ing, that was it.”

In the last five years or so, Hecky added his mother’s jambalaya to the menu as a special item, appearing mostly during the winter months. But even in the heat of summer, jambalaya is a hearty mish mash akin to the Spanish paella — good anytime, anywhere.

Hecky’s advice, after years of preparing his mother’s recipe: “Everything is slow-cooked. That’s how they used to do it in the past. And also, you got to watch that you don’t put too much ingredients in.”

Concludes Hecky, “Go by my directions, and you won’t go wrong.”