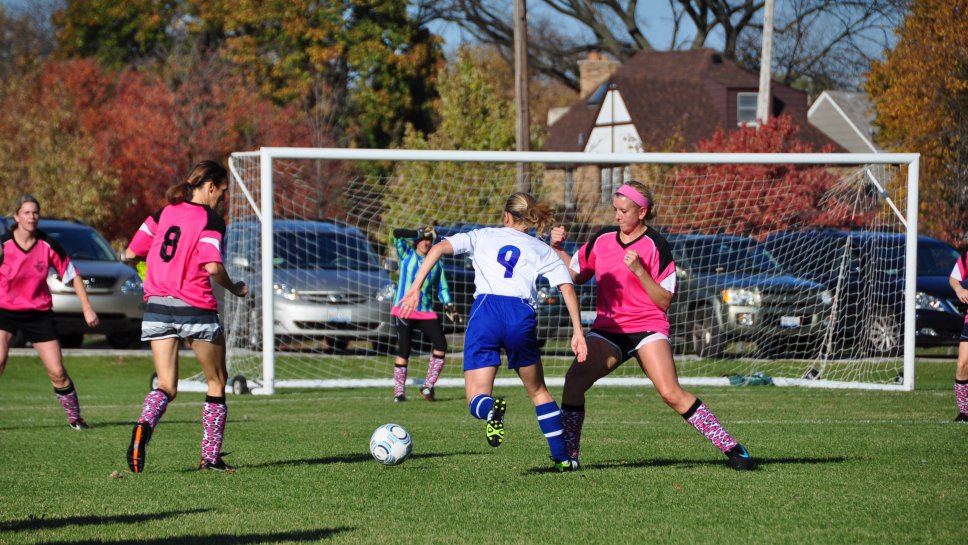 The term “soccer mom” doesn’t just refer to moms who drive minivans full of kids to soccer practice all the time. It also includes moms who play soccer.

Wander over to the Wilmette playing fields on any given Sunday afternoon in the fall or spring — rain or shine — and you will find North Shore women engaged in a fun yet competitive game of soccer. The women are members of the North Shore Women’s Soccer League, which was founded about six to eight years ago by North Shore women seeking an outlet for their athletic interests while finding another way to socialize and have fun.

“It is really fun to have kids cheering us on the sidelines,” said Stacey Cohen, Winnetka resident and captain of the Winnetka Wild team. Cohen has had plenty of experience cheering on the sidelines herself, as a mother of four children, two of whom play travel soccer.

But Cohen has come to love the game on her own terms. An avid athlete growing up, she never played soccer but learned about the Women’s Soccer League from a tennis partner who lived in Wilmette. Cohen decided that Winnetka should also form a team, and so through word of mouth recruited fourteen other Winnetka women and fielded a team. Whenever possible the women practice on Saturday mornings, and have a volunteer coach who also coaches youth soccer and played the sport in college. While not everyone grew up playing soccer, “everyone grew up as an athlete and that obviously helps,” Cohen said. 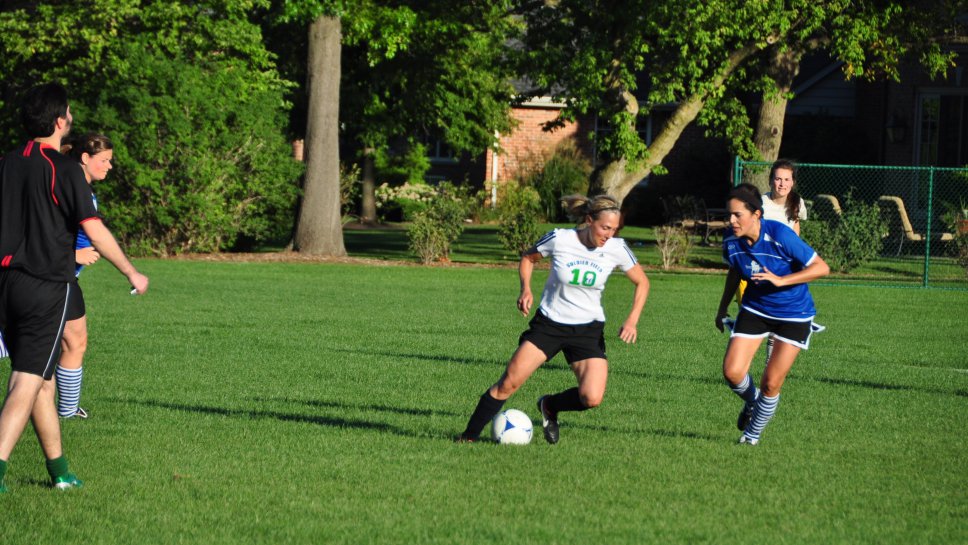 Jennifer Dougherty is co-captain of a Wilmette soccer team and has been involved with the Women’s Soccer League for about five years. Wilmette boasts four soccer teams that are formed loosely around the village’s elementary schools. About half of Dougherty’s team played soccer growing up, while the other half played other sports.

“The level of play, skill and competition has really gone up over the past couple of years,” Dougherty noted. But the Women’s Soccer League is open to all women over thirty (moms or not) and Dougherty describes it as “a leisure league” that is primarily about having fun. “It doesn’t matter what your level is,” she said.

Dougherty played soccer growing up and joined the Women’s Soccer League out of a love of the game. “I really missed [soccer]. It was an important part of my life growing up,” she said.

Dougherty was instrumental in affiliating the Women’s Soccer League with the Wilmette Park District, which reserves the playing fields and provides referees and insurance. Before partnering with the Park District, the members frequently struggled to find open fields and insurance. The teams play in the fall and spring, with seven games in each season. North Shore suburbs represented are: Evanston, Wilmette, Winnetka and Glenview. Approximately 160 women participate in the Women’s Soccer League, which has a play-off each fall that includes the standings from the spring season.

But while the players enjoy a healthy dose of competition, ultimately the League is about community, friendship and fun.

“I think its a great example of sportsmanship for our children, and we get to show them that their moms are pretty tough and have fun too!” said Dougherty.

More information and registration for the North Shore Women’s Soccer League can be found at www.wilmettepark.org.