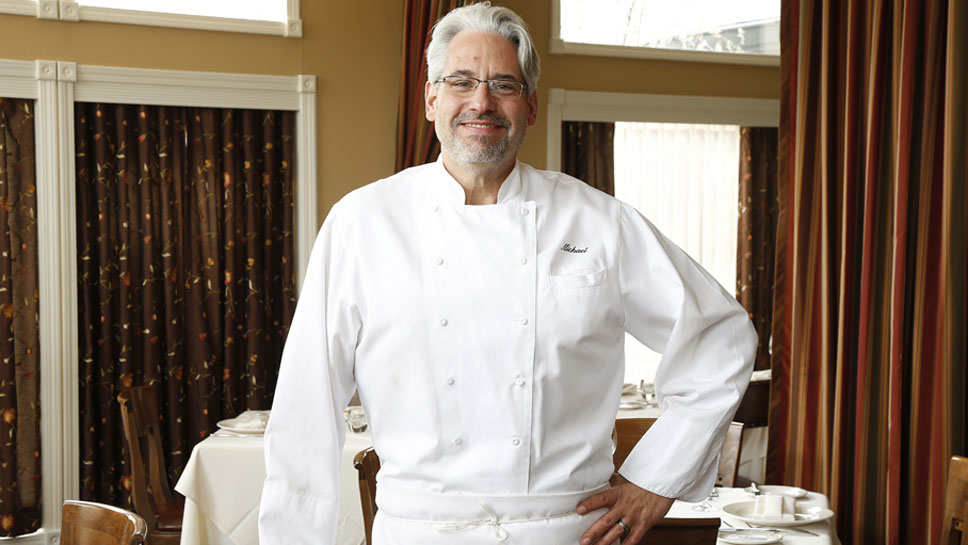 A conversation with Michael Lachowicz is a treat. I know this because I had one with him recently, and I urge those who will be dining at his French restaurant in Winnetka (appropriately named Restaurant Michael) to have one as well.

Subjects were brought up and batted around like what the Cubs have been doing as of late to opponent’s pitchers (and what the White Sox have been doing to entire teams, sans bats.) Here are some standouts: weeping chocolate, the temperature of industrial kitchens, floral drug deals, and the hectic pace of the restaurant industry.

Last one first. This, in respect to Chef Homaro Cantu, executive chef of Chicago-based Moto, who took his own life recently — reportedly due to financial troubles associated with the relentless necessity as a chef to push the envelope, while staying constantly ahead of the pack in terms of developing original ideas.

“This guy took his own life because sometimes”—and here, even the garrulous Lachowicz is hard-pressed to find the right words — “sometimes, you just can’t keep up,” he explains. “You want to keep opening things, you want to keep reinventing things, you want to — but the fact of the matter is, you also have to maintain a business, and a family, and a personal life, and all that other stuff. It’s very hard to do.”

But that doesn’t mean Lachowicz is slowing down. Now in its 10th year, the modern French restaurant — with a nod to the classics — is making use of its additional dining space, converting it into a formal room, “but a formal room with a little bit of character—and it’s going to be fun,” says Lachowicz. “I’m going to use that room to really emphasize my passion for cooking.”

That passion is evident in his chicken truffle squash blossoms, what Lachowicz calls his “perennials.” Spring forces him to be creative, and the mousseline stuffed, delicate blossoms are his colorful imagination at work. Lachowicz gets most of his spring fare from Nichols Farm, but the pedals are acquired from a unique relationship: his former boss, Chef Roland Liccioni, of Les Nomades.

“We end up meeting in the parking lot over by the Happ Inn, and we’re doing like a dope deal with squash blossoms,” says Lachowicz of his springtime dish. “It’s really simple, but its method and technique driven. So, it’s going to take a little bit of practice.”

*These stuffed blossoms can be filled with the aid of a pastry bag with a fine tip. They can be served steamed (three minutes in a colander, covered over rapidly boiling water) or fried in a very light tempura batter at 350 degrees until light golden brown (about two minutes). 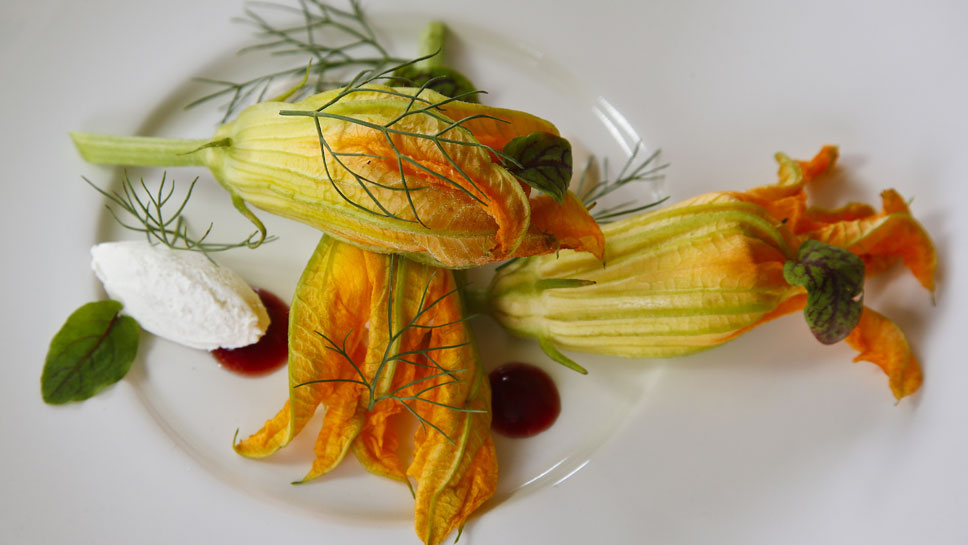