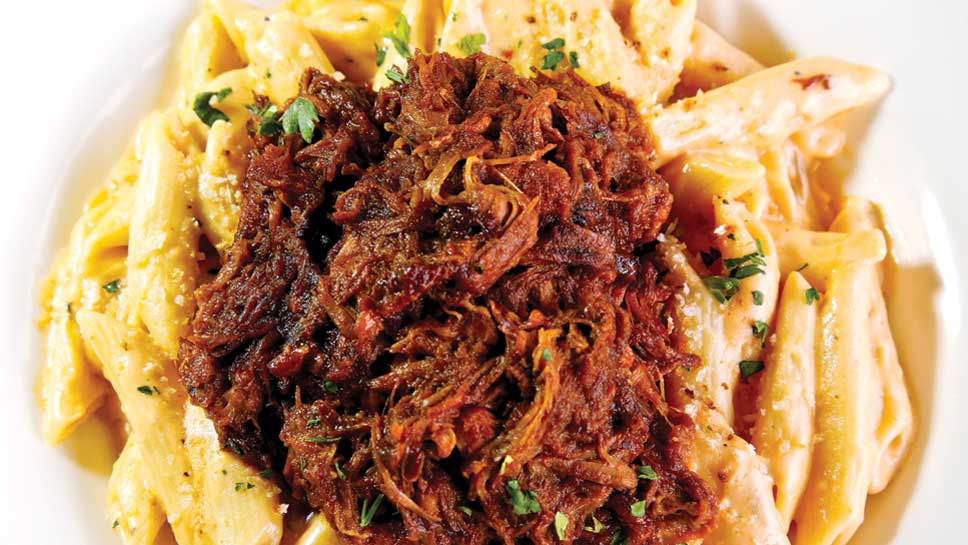 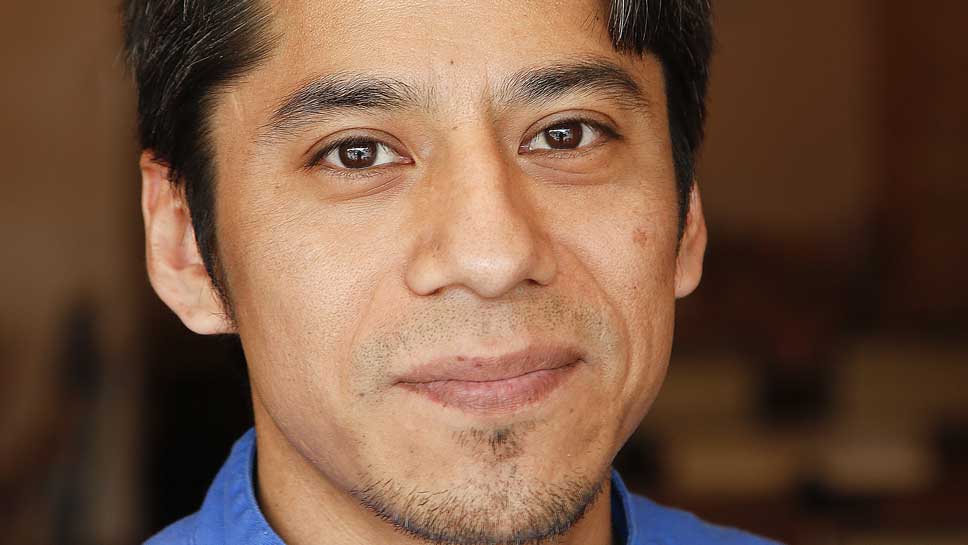 On the difficulty scale of cooking, macaroni and cheese — or “mac and cheese,” as it’s known in dorm rooms and family kitchens —trends closer to breakfast cereal than galantine or soufflé.

A dish of English origin, one of the earliest recipes was recorded in “The Forme of Cury” (Forms of Cooking) written in the 14th century by the Master Cooks for the court of King Richard II. The simple recipe states: “Take and make a thynne foyle of dowh. Kerve it on peces, and cast hem on boillyng water and seeþ it wele. Take chese and grate it and butter cast bynethen and above as losyns [a dish similar to lasagna] and serue forth.”

Serve forth “a pie called macaroni” is exactly what Thomas Jefferson did at a state dinner in 1802. Jefferson had encountered the dish during his time in Paris and became enamored with it, drawing a sketch of the pasta and writing detailed notes. But not everyone at the state dinner shared his enthusiasm.

“Dinner not as elegant as when we dined before,” noted one guest, who took a special dislike to the macaroni. “[It] appeared to be a rich crust filled with strillions [sic] of onions, or shallots … tasted very strong, and not agreeable.”

But tasting very strong is not always a bad thing. At Nick’s Neighborhood Bar & Grill in Wilmette, the head chef, Hilario Clavijo, has added his own twist to a classic American comfort food dish, making it no less complicated in preparation (aside from marinating and cooking pork shoulder) but more complicated in taste.

“It has a little kick — ghost pepper cheese,” says Clavijo with a mischievous smile, adding, “You can make it at home, people who like it spicy or without spice. It’s easy to manage the dish.”

Clavijo, it should be noted, likes a little spice. So many of the dishes — soups, salsas, pico de gallo, ceviche, roasted tomato sauce — at Nick’s share his zest. But after trying the mac and cheese, its really more flavorful than anything else.

That’s also part of what makes Nick’s so appealing. Calvijo will use Al’s Meat Market across the street for the pork shoulder, get his charcoal from Backyard Barbecue, retrieve ice cream from Homer’s Ice Cream, and make daily specials based on what he can find at the farmers market during the summer. Meaning: sometimes, it’s the littlest of things that make the biggest difference.

Mix all the ingredients. Cut the pork in half. Marinate the pork and smoke it for three hours (if cooking in oven, cook for five hours). Then turn your oven to 350 degrees.

Place the pork in a heavy-duty pan with four cups of apple juice and two cups of water. Cover with foil and cook for three hours or until the meat is tender enough to shred.

Place cream in a large pot on low to medium heat. After five minutes, add all of the ingredients until the cheeses are melted and the sauce is a thick consistency.