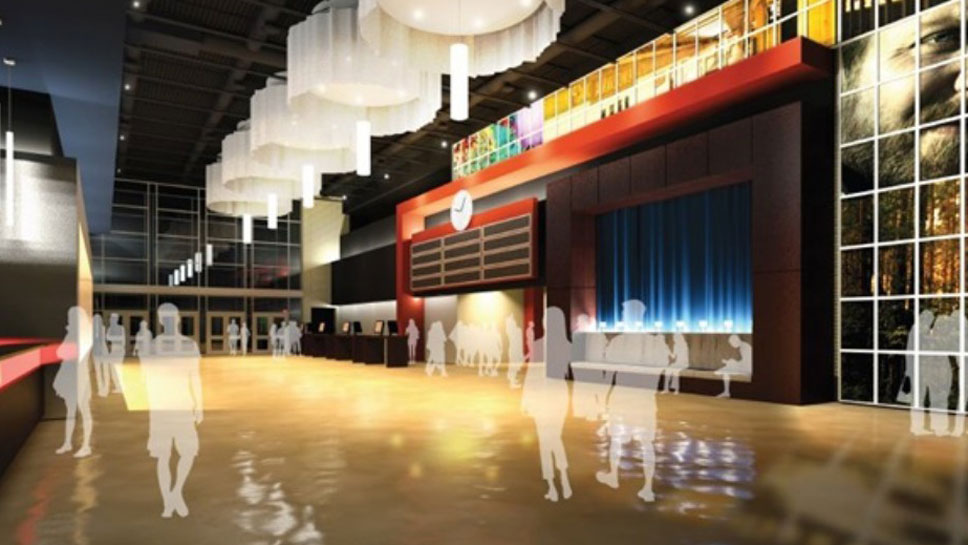 The more accustomed people get to watching movies on their big TVs at home, the less accustomed they are to movie-theater etiquette. People talk loudly to their friends, light up their cellphone screens in the middle of a dark theater, take phone calls without heading to the lobby — the list of inconsiderate distractions rolls on.

It’s different these days in Glenview.

“The whole design of ArcLight is about layers of discovery and minimizing distractions,” says Steve Green, vice president of operations for ArcLight Cinemas.

The ArcLight Glenview, which opened its doors in the former Regal Glen 10 in The Glen Town Center on May 1, is a cinema experience developed in Hollywood to prioritize the communal theatrical experience. All 10 auditoriums feature a black-box design aesthetic — featuring dark seats, floors, and walls — keeping the screen the bright focal point of the room. The projection and audio equipment are designed to exceed THX standards of presentation excellence.

The auditoriums forgo pre-show entertainment, run no commercials, and show only three previews before each feature. Each film is introduced by an ArcLight employee, who then remains in the auditorium for the first few minutes of the feature to insure projection and sound are up to their standards and that no one in the auditorium is causing distractions.

ArcLight was the first theater chain in the nation to offer reserved seating in every auditorium. You choose your seats the way you would for a flight, on one of several touchscreen kiosks in the lobby or online ahead of time. They have a massive “departure board” in the lobby with countdown times to each film screening. Sale of tickets stops five minutes after a film’s start time and, to further minimize distractions, seating stops 10 minutes after a film starts.

Even the presentation of concessions has been designed to keep them as distraction-free as possible. You’ll find no rustling paper or plastic containers; popcorn and candy come in boxes. The concession stand and the adjacent bar also integrate many local vendors. Five out of six beers on tap are local, from breweries such as Revolution Brewing Company in Chicago and Emmett’s Brewing Company in Palatine, and fresh bread is delivered from a Chicago bakery daily.

To further capitalize on their motto of being “Where movie lovers belong,” they have a bistro-style café serving small bites and a full bar menu for after-film discussions and a gift shop featuring books on film and a variety of goods related to both the films they show and film history and film culture in general. They host live-streamed Q&A sessions with filmmakers from their other locations and a relationship with the film studios allows them to occasionally display costumes and props from the films they program.

Their programming consists of a mix of blockbuster films and smaller release independent films. Their “ArcLight Presents” series offers films from festivals that won’t be found in other theaters as well as a program of revival features with classics like Lawrence of Arabia, family features like E.T., and films of interest to the community in which they exist. ArcLight Glenview is kicking off its first “ArcLight Presents” with a screening of Sixteen Candles later this month.

The Glenview location is only the second ArcLight location in the nation outside of California, Maryland got one last November, and a Chicago location will be opening in Lincoln Park come September.

Says Green, “Glenview is a very sophisticated community, and we wanted to offer something distinctive in the movie-going experience.”