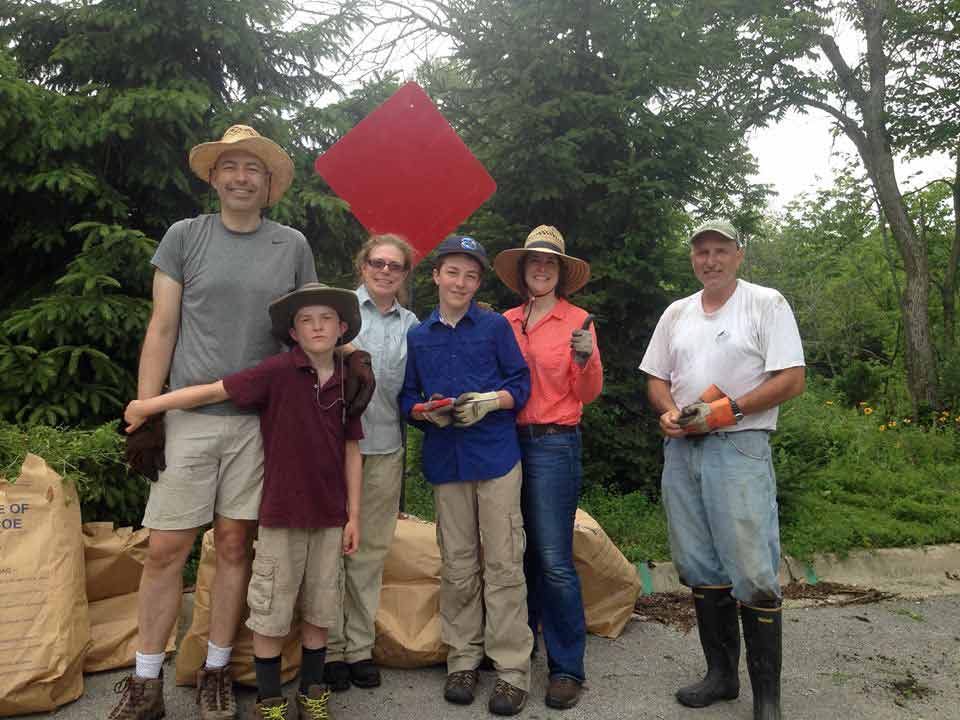 She thought that chopping down buckthorn on the Green Bay Trail would be a wonderful thing for the earth. After felling plenty of the invasive trees, Betsy Leibson discovered that clearing buckthorn was just the germination of a project that began to blossom like native plants in restored habitat.

“We thought it would be a couple of weekends worth of work,” Betsy Leibson says about the early days of restoring the trail with a group of friends. “But the more we did, the more we learned. We discovered that it’s not just about cutting buckthorn and leaving because you really haven’t done a good service for the environment or the community if you stop there.”

That was Act One, explains Betsy, founder of Friends of the Green Bay Trail, a five-year-old local nonprofit. Act Two pulled the curtain back on reintroducing native plants, pulling in professional habitat restoration partners, inviting student and Boy Scout volunteers, and calling on interested community organizations to join hands in opening the trail not only to recreational bikers, runners, and walkers, but also to native songbirds, butterflies and other insects that support a healthy habitat. 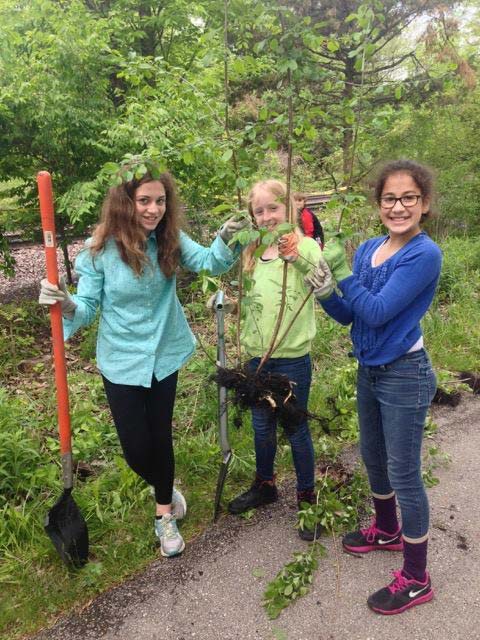 Helping hands on the Greenbay Trail

In the late 1800s, Buckthorn was imported here to act as a hedge. But it’s been a habitat disaster on the North Shore. “It’s so dense that it doesn’t let sunlight reach the ground so that oak trees, hickory trees, or wildflowers can grow,” Betsy says. “This results in bare ground, which is bad for erosion. Buckthorn also deposits chemicals into the ground which keeps other plants from germinating.”

After getting her certification as an herbicide applicator through the University of Illinois, Betsy says that persistence pays off when it comes to banishing buckthorn once and for all. “You have to be willing to go back year after year,” she says.

Betsy and Friends of the Green Bay Trail want everyone living nearby to learn that we can beckon butterflies and birds to our gardens. “We buy pretty plants from our landscaper or nursery that might come from China or India,” she explains. “But we have to think about putting back the plants that native animals need to live near us. Who doesn’t like butterflies? Who doesn’t like songbirds? They need to eat the insects that can only live on the plants that they evolved with in Illinois.”
When it comes to planting native species, Betsy says community partners pitch in. “A volunteer goes out in the fall with us and collects native seeds to keep the cost down,” she says. “Right now in the green house in the Glencoe Park District, we’re growing a couple thousand plants from seed we collected.” 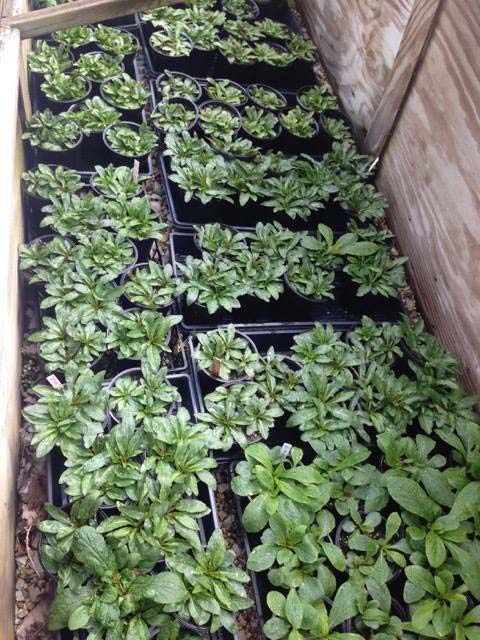 As Betsy considers what she loves about Friends of the Green Bay Trail, she talks about the group effort and camaraderie. “There are many people who’ve given a lot of hours and elbow grease, as well as donors and supporters who’ve been very generous in helping us,” she says.

Friends of the Green Bay Trail has sponsored three Eagle Scout projects and handed garden tools to numerous scout groups and high school students to use working on the trail. “We have two different classes from New Trier, students from middle school as well as a Stanford alumni group coming out this season. We encourage as many people to volunteer as we can,” she says.
Elbow grease and long hours pay off in many ways. The Volunteer Center in Winnetka recently recognized Betsy with an Award for Exceptional Service. “It was very generous of the Volunteer Center to recognize our efforts,” Betsy says. “It really helps raise awareness with another community audience. It generates donations. It’s great to know that somebody noticed.”
Even though so much has been accomplished over the last five years, Betsy knows the future is right around the corner and she’s got a vision for it. “Pizzo and Associates is an ecological Restoration Company in Leland,” she says. “My dream would be to take the restoration plan that they donated to the Village of Glencoe and win support of local individuals, foundations, or grants. That would enable us to implement the plan along the trail and make it sustainable. There’s so much opportunity.”

Friends of the Green Bay Trail celebrated Arbor Day on April 25 (at the corner of Harbor Street and Green Bay Road). The Green Bay Trail was home to Indian trail marker trees and later the North Shore Electric Line. In partnership with other community organizations, Friends unveiled a new sign describing the Trail’s historic moments and the Trail’s new Trail Marker Tree.