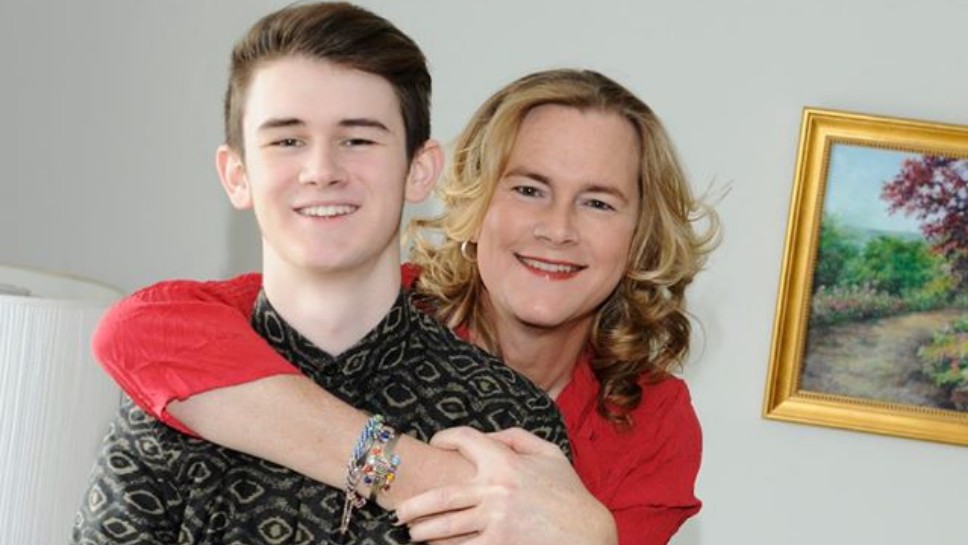 Ben and Carly Lehwald, the stars of “Becoming Us.”

Two new reality shows will star North Shore families in the coming months. Though local residents are no strangers to non-scripted television—Lake Forest’s Marcus Lemonis starred in the financial advice show “The Profit” on CNBC, the latest winner of “The Bachelor,” Whitney Bischoff, is a nurse from Highland Park, which is the same town that is home to “MasterChef Junior” competitor Levi Eirinberg, even Billy Corgan tried to film an AMC series on his wrestling league. But for these two new shows, the clear focus is family matters; namely how two families thrive in their unique situations.

The first follows the journey of the Lehwald family in a show called “Becoming Us” set to air on ABC Family this summer. The show is centered on 17-year-old Ben Lehwald, an Evanston Township High School junior, and his dad Charlie who is currently transitioning into a woman named Carly. The show is executive produced by Ryan Seacrest who shares a similar credit on the “Keeping Up With the Kardashians” series whose star Bruce Jenner also recently revealed he is transgender.

At a time when there is growing discussion of the LGBTQ community and more public advocacy, such as the work done by “Orange Is The New Black Star” Laverne Cox, Lehwald told the Chicago Tribune he hopes to help others in similar situations. So far coverage of the show has been widespread and picked up on outlets like People, MTV, Yahoo and Hollywood Reporter.

The Tribune reports that the show will feature pivotal moments such as Carly’s surgery, her daughter’s wedding and Ben’s growing relationship with girlfriend Danielle whose father is also going through the same transition process. The Lehwald family reportedly pitched the show to the network after joking about being on TV during a routine family dinner. It was filmed last year when Ben Lehwald had just finished a rough freshman year of high school magnified by the shock of his dad’s decision and his parent’s divorce.

The other series zooms in on the life of Deerfield’s Wendy and Mike Gabel and their six daughters (7 months to 13 years old) to see how a family deals with life with a new baby. The Gabels are one of five families who were voted to appear on “Welcome To The Family Video Series,” a YouTube reality show sponsored by The First Years company set to air in June.

The format for this online series is a bit unique, according to the Chicago Tribune. The Gabels received an iPad from producers and are asked to send in their own recorded five-minute video each week for 14 weeks. The YouTube crew then does the editing. It’s up to the family what they want to show, but Wendy Gabel says they plan to divulge all, the good (helping baby sister eat cheerios), the bad (spilled glue all over the kitchen floor) and the embarrassing (you’ll just have to watch).

“It’s a chance to help anyone else for what may be taxing or helpful in their situations,” she told the paper, noting there’s no shortage of drama in the three-bedroom house that has six sisters sharing two rooms. While dad goes off to work at Barilla in Bannockburn, the homemaker mom is left to fend with her troop, and she’s found unique ways to do so with teamwork games and the use of the video camera to make it a fun experience.

“Becoming Us” will premiere June 8 at 8 p.m. CST on ABC Family. “Welcome To the Family Video Series” did not release an air date yet but check YouTube.com for updates.