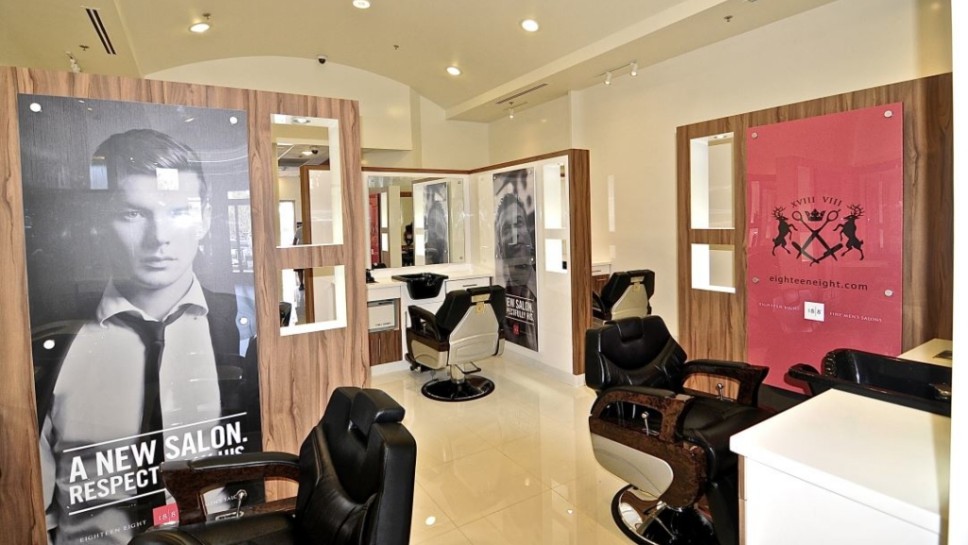 One of the California 18|8 salons courtesy of eighteeneight.com

Blame it on the vanity of “Mad Men,” the recent beard craze or the persistent obsession with youthful appearances—male grooming is at an all-time premium in 2015, and retailers and salon owners are finding an opportunity to attract a growing client base.

According to Statista, the global male grooming market will be worth a reported $21.4 billion by 2016, up from $17 billion in 2012 and on a steady upswing. A further report by CNBC finds this so-called “mampering” trend to be overtaking the U.S. at rapid rates. “In 2014, total U.S. sales for the men’s personal care market hit $4.1 billion, up 6.7 percent from 2012 and 19 percent from 2009,” the article said, “making it one of the fastest-growing segments of the beauty industry.”

While specialty shops like The Art Of Shaving and Q Brothers (an arm of Merz Apothecary) and male-catered salons like Wax Man Spa and HALO for Men have been popping up all over Chicago, men on the North Shore men now have a new spot to call home. In March, Eighteen Eight Men’s Salon (stylized as 18|8) opened in the Glenbrook Market Place. It’s name is a metaphor for transforming men to look their best and scientifically refers to the chemical interaction of chromium and nickel to create polished stainless steel.

The salon is described on its website as “an upscale haven that caters [to] and understands the specific genetic styling and grooming needs of a man” that’s free of “wall-to-wall estrogen, French fashion magazines, gossip rags and the smell of fried perms.” Think of it as a new breed of the man(scaping) cave.

Though the chain is native to California, it is expanding and this is its first location in Illinois. It is owned by Ash Seth, a beauty novice and former management consultant, who identified with the concept of 18|8.

“We want men to feel like this is a place to relax, wind down and enjoy the whole experience of getting a haircut,” Seth said to the Chicago Tribune. “It’s about taking 45 minutes out of your day and just enjoying the services we offer.”

Though this is not the first time there has been a salon targeted to men—the concept of a barbershop is as old as time and popular franchises like Sports Clips have become a modern-day version—18|8 is decidedly more upscale and expands the service menu at a greater expense, not unlike the selling angle of women’s salons and spas.

Here, services range from traditional haircuts and styling to color treatments including highlights, face, scalp and nail treatments, shaving upkeep and nose, ear and eyebrow waxing done at 11 semi-private stations. There’s even an option for groom party packages and a VIP membership with exclusive perks. They also sell several brands of shampoo, conditioner and beard and mustache products.

Eighteen Eight is located at 2825 Pfingsten Road in Glenview