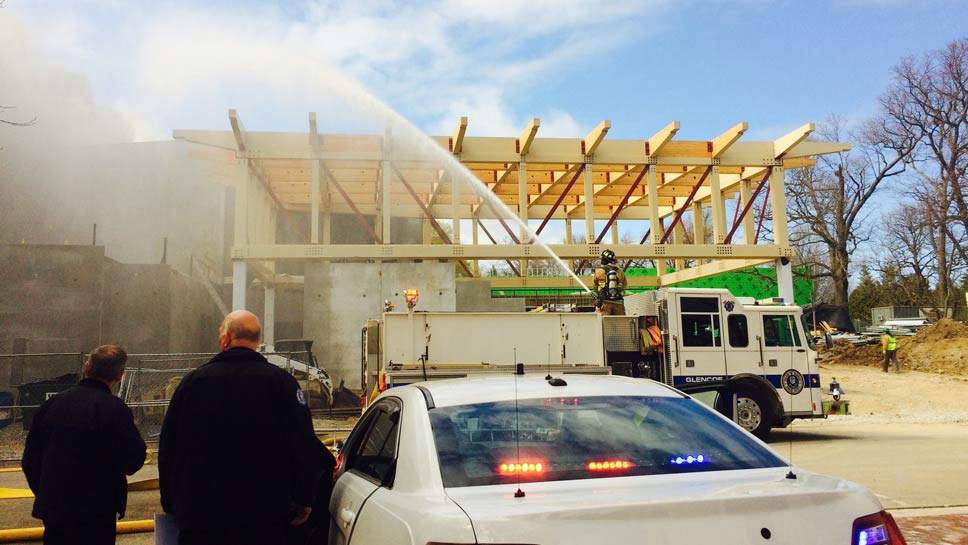 Fire broke out at the new Writer’s Theatre building, which is under construction

A structure fire broke out just after 3:00 pm on April 30 at the new Writers Theatre building in Glencoe, requiring assistance of the Highland Park, Highwood, Glenview, Northfield, Northbrook and Winnetka fire departments in addition to the Glencoe Public Safety Department. The fire was extinguished at approximately 5:20 pm.

The cause of the fire is unknown at this time and remains under investigation. According to a Village press release, a construction site worker was transported to Highland Park Hospital for smoke inhalation. He was treated and released.

Daily North Shore will continue to update this story as information becomes available. 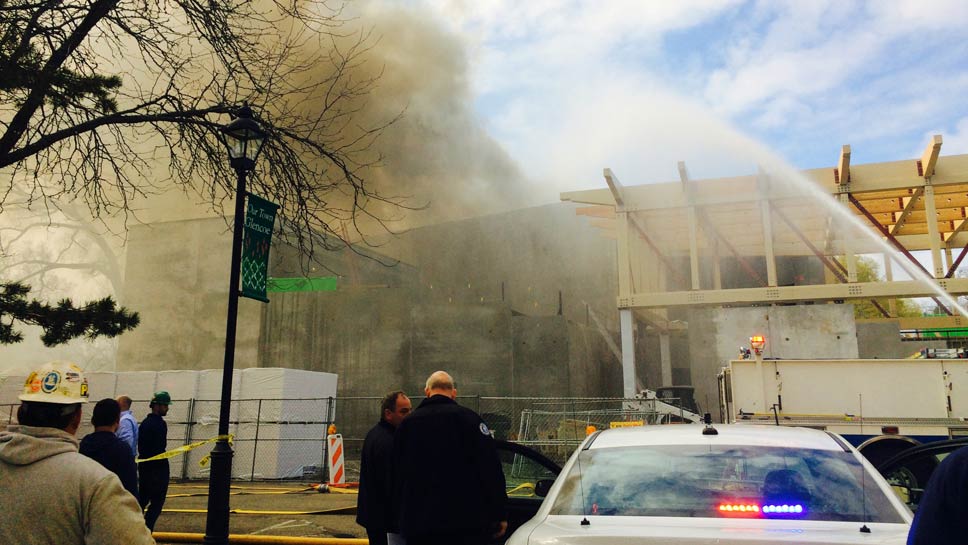