On Saturday, May 2, the Glenbrook High School Foundation will host its 3rd Annual fundraising event called “A Night of Glenbrook Theater” to raise money for student programs. At the forefront of the event will be special guest speaker, actor Yuri Sardarov, a 2006 Glenbrook North graduate who currently stars as Brian “Otis” Zvonecek on NBC’s “Chicago Fire” and has had roles in movies such as “Argo” and “The Double.” 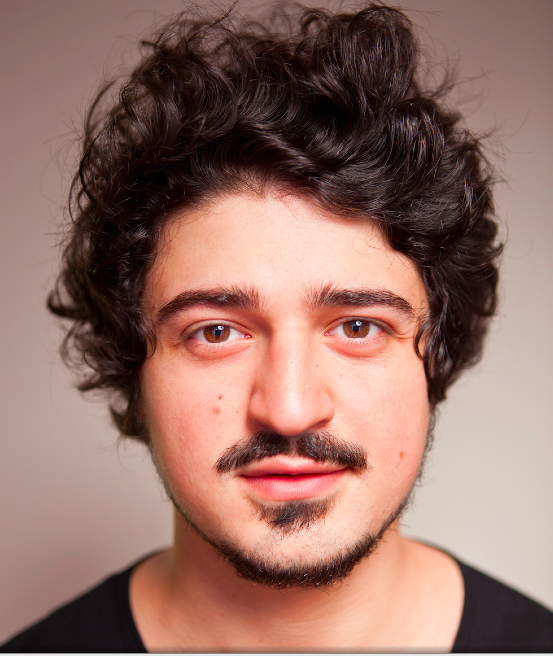 Sardarov spent his final two years of high school at GBN after moving from metro St. Louis and found himself immediately drawn to the school’s theatre program. “I remember the size and breadth of that stage and knowing ‘they’re serious about this,’” he said. “I felt like I found my community and connected with every person there.”

It’s this message Sardarov will share with future generations of GBN alums with a special speech on Saturday night followed by a dinner and a preview of the musical “How to Succeed In Business Without Really Trying,” spotlighting GBN and GBS students.

Daily North Shore caught up with the actor after he just wrapped the newest season of “Chicago Fire” to learn more about his story and the legacy GBN left with him.

Daily North Shore: Have you been back to GBN since you graduated?

Yuri Sardarov: “I’ve been back a few times. My folks still live in Northbrook and my younger brother is a freshman at GBN so I go back and I have a good relationship with [Assistant Principal/Activities Director] Michael Tarjan. I have done a few little theatre things for the kids so this is not the first time I’ll be back.”

DNS: You moved to the U.S. when you were a child. Did you first settle in Northbrook?

YS: “No we actually settled down in St. Louis first. We were political refugees. We were sponsored by the Russian Orthodox Church and we had the choice of moving to either New York or St. Louis, and my parents chose St. Louis much to my chagrin,  so I lived in Chesterfield, Missouri for a majority of my young life. Then going into my junior year of high school my dad got a job in Chicago so we made the move again.”

DNS: At what point in your life did you know you wanted to get into acting?

YS: “I don’t remember exactly when. I know I always liked putting on shows as a kid. My parent have old VHS tapes of me doing like the ‘Macarena’ and stuff. I took an acting class in my freshman year of high school at Parkway West in St. Louis and I kind of had an affinity for it. As soon as I got my first laugh I was like, ‘This is fun, this is cool, people are kind of like me.’ There’s that false notion of security and friendship that drew me towards it. I say false because people don’t know you as a performer; they think they do, but it’s intoxicating and definitely a high to allow people catharsis if you do your job right. My colleague on ‘Chicago Fire,’ Eamonn Walker, likes saying that as actors we are shaman—a tribe leader that raises the comradery and integrity of the entire community, and I like that. I didn’t believe that when I was younger, but now I’m getting it—I need to have a reason to be doing this.”

DNS: Are there certain characters you like playing more than others?

YS: “I think as far away from myself as I can get, the more joy and more educational experience it is for me as a person. I think I’ve learned more about life from acting than acting from life. Maybe I haven’t done that much with my life yet though. I haven’t been outside the country and definitely want to do that and explore different cultures. On “Chicago Fire” I play an amalgamation of myself and different versions of myself and that is how network TV has to be, you have to play yourself for the writers to write 24 episodes in 10 months. Theatre is where is where I’d enjoy getting into more when time comes, it’s more fun and more immediate.”

DNS: When you did arrive to GBN, was there anything different or special about the theatre program that resonated with you?

YS: “The first thing I remember is walking into the CPA and thinking, ‘good lord this is an enormous theatre,’ like professional size. I also remember when I walked into my first audition [a play called ‘The Man Who Came to Dinner’], I felt like I found my community and connected with every person there. The theater program at my old high school was in its infancy and going through a lot of teachers and no one wanted to stay. There, we didn’t have much of a theatre, just kind of a black box. I met [former Fine Arts Teacher Lawrence] Keller. It was his first year too, and I forged a good relationship with him. He knew I was new and wanted to give me a shot.”

DNS: You graduated in 2006. How did your career start developing after that?

YS: “I went to the University of Michigan for theatre at the cusp of when Michigan as a state was allowing film and TV to come in at a 40% tax rebate, so a lot of movies were coming there to film. My ‘acting for camera’ teacher introduced me to casting directors and I had auditions and I was getting these small roles. What started this whole thing was I got into a film called ‘The Double’ written and produced and directed by Michael Brandt and Derrick Haas. Three years later they called me. They needed local Chicago actors for a new TV show they were producing [‘Chicago Fire’] and I got really lucky.”

DNS: What’s it like being able to work so close to home now?

YS: “It’s bizarre. The one thing I never realized about theater and film when I was studying at least is that there is a sense of diaspora. I’d be moving a lot and couldn’t settle down in one location. So to go from Michigan to L.A. for a year and right back to Chicago was really bizarre and I’m lucky to have that. My parents live 45 minutes north of me so I get to see them and my little brother now and again. At the same time it’s cool to bring this project to Chicago and I think local people love it and are so welcoming and authentic. Chicago is a very livable city so it’s easy on my budget too.”

DNS: Is your brother involved in the theatre program now at GBN?

YS: “I know he wants to give it a shot. He’s like 6 foot 4 inches tall so he’s more an athlete. But he has the acting gene. He’s funny and quick and bright. I tried to let him know there’s no shadow being cast, he can do whatever he wants and will be successful at.”

DNS: For him or the other students in attendance on Saturday night, what advice would you give to them?

YS: “I don’t think it’s a matter of if you’ll succeed, but rather when you’ll succeed. The business is such that is does a very good job of tearing you apart and you have to be very thick-skinned to make it through. And I don’t say that from experience because I’ve been incredibly lucky and jumped from one thing to another and haven’t had to deal with hardships where you go through a decade of not getting work. But there are people like that going a decade or two and then hit it big. The one thing you hear them say over and over again is ‘I stayed on that bike and kept pedaling.’ That’s true for anything. It could take a long time but if you keep doing it, it will happen eventually.”

“A Night of Glenbrook Theatre” will be held Saturday, May 2 at Glenbrook South High School, 4000 W. Lake Ave. The dinner will begin at 5 p.m. followed by the performance at 7:30 p.m. Tickets can be purchased here.