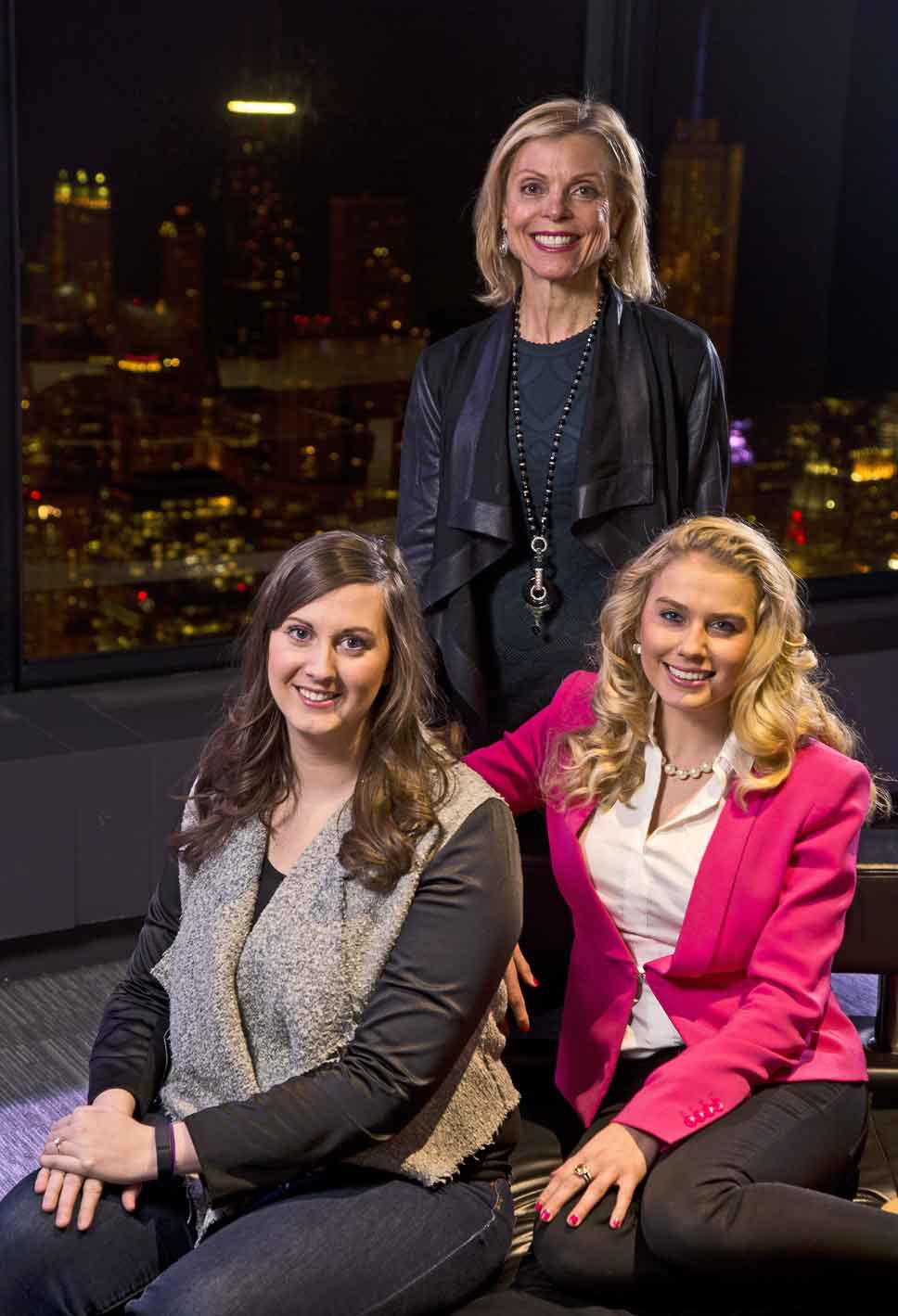 Erika’s Lighthouse fundraiser co-chairs Karen Peters, Meara Fallon and Alexandra Perraud gather on the 99th floor of the Willis Tower, the location of the May 16 event. Photography by Joel Lerner

Started in 2004 as a way of building awareness in schools about depression, Erika’s Lighthouse was formed in memory of Erika Neuckranz, an eighth-grader at Carleton Washburne Middle School in Winnetka who had struggled with depression for a year and a half before committing suicide.

“There wasn’t any kind of formalized depression education and awareness being taught in schools,” explains Erika’s Lighthouse director of operations Heather Freed. “Erika’s parents felt that there was a real big piece missing to the puzzle.”

The Neuckranz family worked on a pilot program with Ohio-based Red Flags, a curriculum educating students, parents and teachers on the signs and symptoms of depression. They implemented the program at all of New Trier High School’s feeder schools to promote early intervention.

Still, Erika’s friends wanted to do more. Once at New Trier they created the first Teen Panel program, which trains teens on how to talk with their peers about what depression is and how to find help. They also launched Teen Club, a way for students to help advocate mental health awareness throughout the year through activities and fundraising events.

Freed confirms the importance of continuing the conversation of depression and its signs well into high school — and beyond.

“It’s not one of those things you can just check a box off if you talked about it in seventh grade,” she says. “Your mental health needs to be integrated into your learning, always.”

As such, the organization created its own high school curriculum in 2011 along with its own middle school curriculum in October, which is already being taught across 28 schools. While the teacher-student education is a core dimension of their programming, Freed also credits the insight of the teens who are at work within the 22 Teen Panels and 12 Teen Clubs.

“They’re our future — they have an important stake in what we’re doing,” says Freed. “And they have really amazing ideas.”

Those ideas can be experienced on Saturday, May 16 at the Monte Carlo Night Fundraiser, the organization’s third annual spring event and the first time the planning committee — and its attendees — will be a mix of adults and young adults. The evening will take place at the Willis Tower Skydeck, where guests can take in 360-degree city views in between bites from Berghoff Catering and bets on any of the 16 game tables — from poker and roulette, to craps and blackjack. While ticket proceeds will benefit the organization, attendees can opt to further support the cause by choosing a specific program at the event to sponsor, such as the Teen Panels or Teen Clubs.

It’s these programs that have helped to educate 43,000 individuals in 37 communities in 2014 alone — impressive results that Freed has witnessed on a personal scale.

“You talk to seventh-graders now, and they know the difference between a psychiatrist and a psychologist and can tell you the symptoms of anxiety and depression,” she says. “We really believe that this works in making a difference — we know it saves lives.”

The Monte Carlo Night Fundraiser is on Saturday, May 16 from 7 p.m. until 11 p.m. For tickets and additional information, visit erikaslighthouse.org.