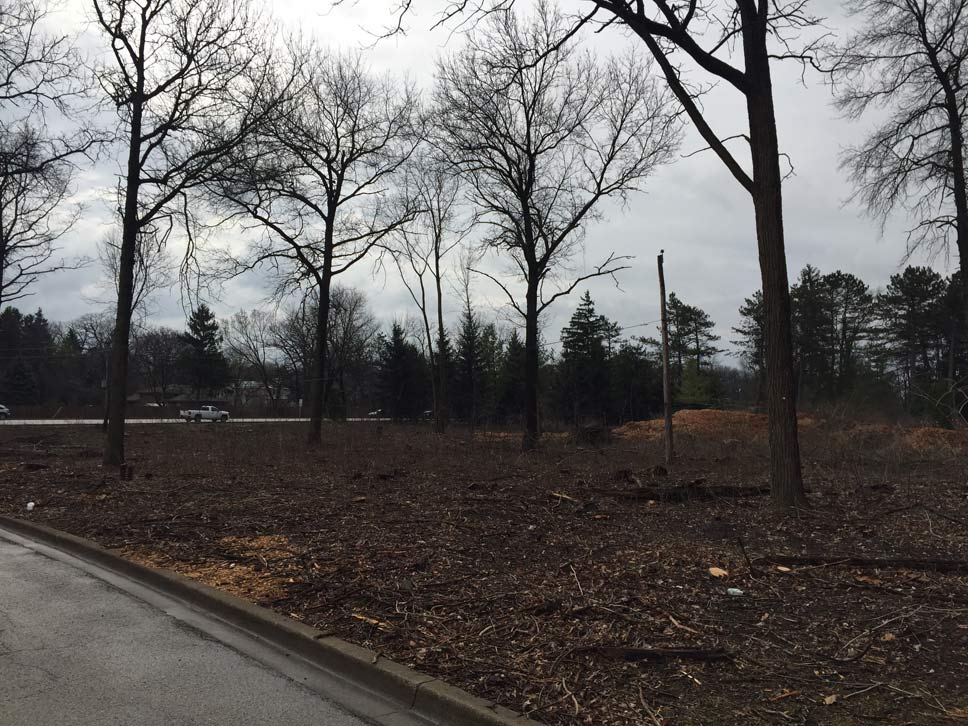 The corner of Waukegan Road and Deerpath in Lake Forest is looking rather sparse after the removal of hundreds of trees and plants. But that will change.

When Lake Forest Open Lands Association felled several hundred trees at the entrance to the Mellody Farm Nature Preserve last week, crews found a hidden treasure: original oak trees that were planted as part of the Armour Estate in 1909.

“We didn’t even know they were there,” said Lake Forest Open Lands President John Sentell. “They were hidden for years behind everything else.”

Everything else includes 150 dead or dying ash, 65 dead or dying elm and 150 invasive buckthorn trees. A few native trees and shrubs were felled as well, but they too were classified as dead or dying.

“We hate to remove trees, but we’re not immune to the destruction of Dutch elm disease, emerald ash borer and the growth of invasive buckthorn. At Deerpath and Waukegan roads we had all three,” he said.

The recent action has left the two-acre site – a major artery into downtown Lake Forest – looking like loggers have clear cut the area, but it won’t be like that for long. The group will soon replant the area with hundreds of evergreens, native trees, shrubs, wildflowers and grasses. The lineup includes white oak, hills oak, and ironwood trees and black spruce and red cedar conifers. All will be about six to eight feet in height — chosen deliberately rather than larger trees because smaller trees often survive better and grow faster than newly planted large trees, he said.

They will also plant numerous native seeds and 500 native shrubs such as arrow wood, viburnum, and three different varieties of dogwood. The goal is to produce a diversity of plants that provide seasonal color and native pollinators to the site.

The corner will look sparse for three or four more weeks until crews complete the replanting effort. After that, he said, the shrubs will grow quickly but the trees will take more time. The project will really start to take off in year three. And while the forest at the corner of Deerpath and Waukegan fills in, an area just south of it will remain more open so that people can enjoy long views west toward Middlefork Savanna.

Sentell pointed out that native restoration is expensive, time-consuming and labor-intensive work, and credited the Lake Forest Garden Club for helping in this effort.

Are there other areas in Lake Forest that have the effect his group is going for at Deerpath and Waukegan roads?

In terms of screening, Sentell said a small-scale example is a stretch of the organization’s property on Long Meadow Drive that was planted less than 15 years ago and includes native shrubs and trees, including American plum, dogwood, and oaks. All are now over 15 feet tall. He also cited Lake Forest Day School’s restoration work along Green Bay Road. 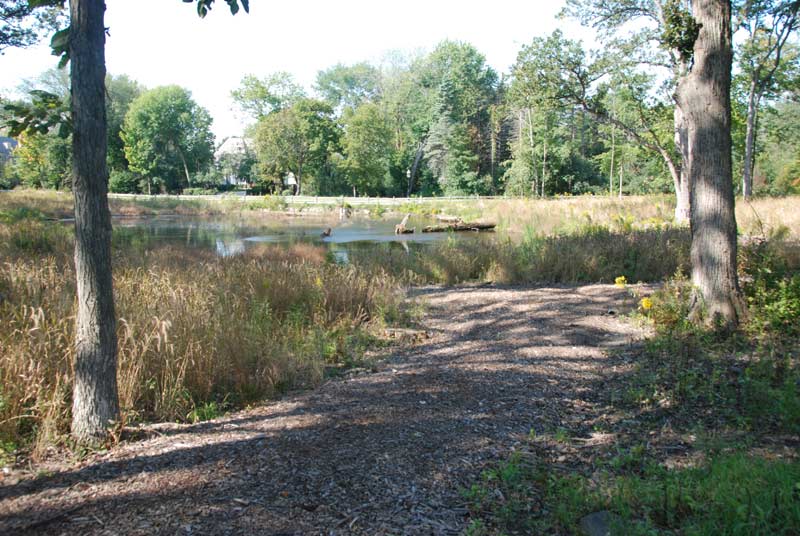 “Though the Day School’s is a more open savanna than ours will be, it’s a large-scale restoration that’s in transition, and it looks more and more beautiful each year,” he said. “That’s a wonderful example of what we could and should do throughout our town to restore our native landscapes for the future.”

With decades of invasive buckthorn tangling local forests, he conceded that restoring native landscapes will need to be worked on forever — literally.

But that’s OK, he said, because “we’re in the forever business.” 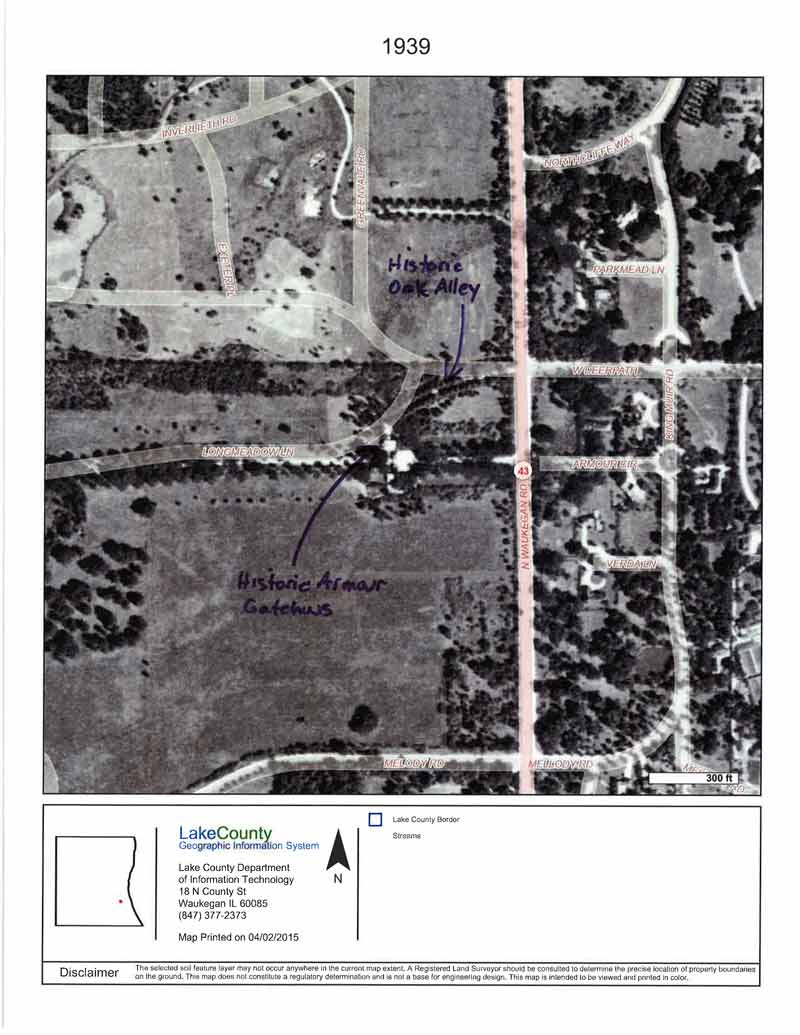 This 1939 survey of the Armour estate shows oak trees that are in the same location as oaks found last week deep within a tangled mess of buckthorn and ash. Image from Lake Forest Open Lands Association.