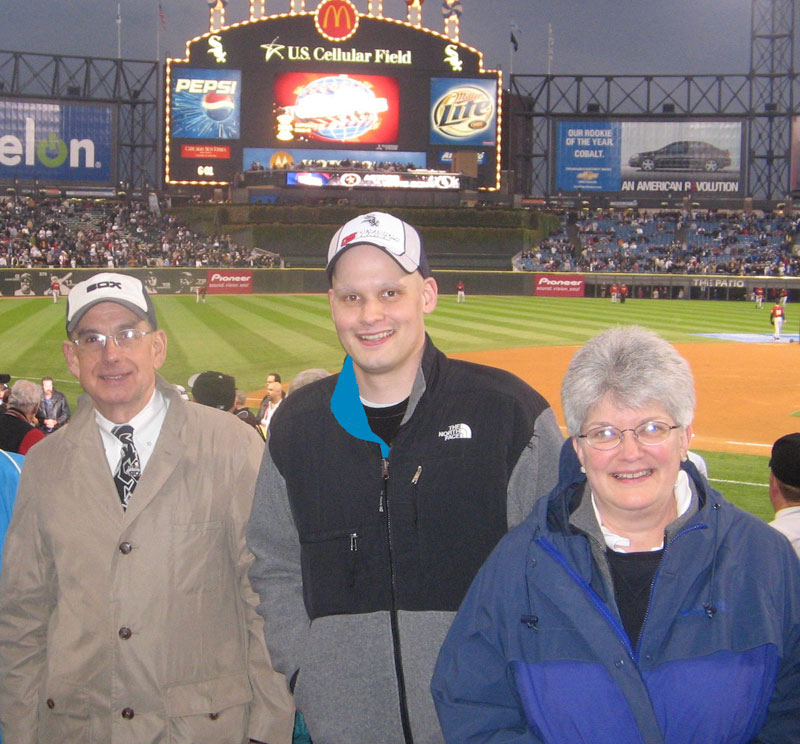 Ted Mullin, center, with his parents, Rick Mullin and Mary Henry, at the first game of the 2005 White Sox World Series.

Ellie Adams was in a pool more than 10 years ago, learning the flip turn from Ted Mullin. She was young, a budding swimmer. She had been struggling with the race move. Frustration screamed from her face.

“He did not give up on me until I got it,” recalls Adams, now 18 years old and a senior at New Trier High School. “When I got it, he seemed more excited than I was for myself.”

Mullin died at the age of 22 in 2006. He swam for teams at NTHS and Carleton College in Northfield, Minnesota. A rare form of cancer, synovial sarcoma, ended his life, ended his opportunities to turn aggravated swimmers into confident ones.

“Ted was kind and empathetic,” says his mother, Mary Henry, of Winnetka.

Ted Mullin was also intense and determined, especially when he was in a lane in a pool and his enemy was time on a natatorium’s scoreboard. Mullin loved to compete.

Time — 60 minutes, to be exact — is one of the themes of the annual fundraiser for the Ted Mullin Fund. It is called “Hour of Power,” and it will be held at New Trier High School’s West campus in another Northfield on April 25 (two sessions, with the first one starting at 8 a.m.). Organized by the New Trier Swim Club, it is designed to raise awareness and money for sarcoma research. Male and female swimmers (ages 6-18) participate in a continuous relay format (using any stroke) for the entire hour, going all out and leaving it all in the pool. 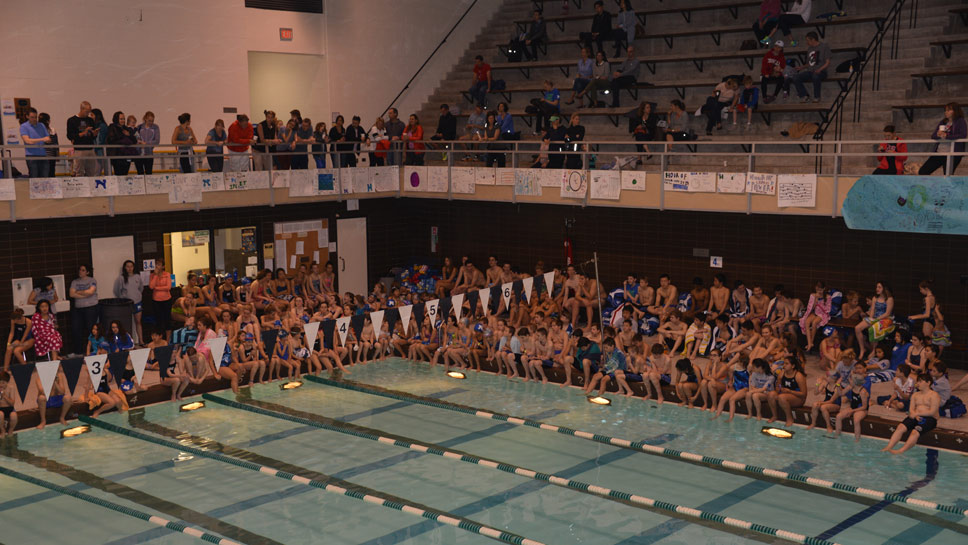 “It was Ted’s favorite practice set,” Henry says. “He loved swimming hard, working hard and giving it his all. The set was emblematic of him.”

The “Hour of Power” event is not a local one. Far from it. More than 180 other groups (teams and clubs, mostly) across the United States and in several countries, including Sweden and Kuwait, will also stage the event. In nine years the highly energized gatherings have raised more than $525,000 ($800,000 overall, when you include direct donations to the Ted Mullin Fund from other fundraising efforts). Nearly 8,700 athletes are expected to swim laps at “Hour of Power” venues this year.

“It’s a very big deal, and it’s fun to watch,” says Rick Mullin, Ted’s father. “Seeing a high school boy cheering on a six-year-old, on a pool deck that is completely full … it’s quite a scene, quite exciting.

“Ted’s reaction to being diagnosed was, ‘OK, let’s get it done, let’s do what we have to do,’ ” Rick adds. “That attitude came from the discipline he picked up as a swimmer. His feeling was, ‘If I can handle a [former NTHS swim coach] Mark Onstott practice set, I can handle anything.’ ”

Ted Mullin’s parents were not even aware of the first fundraiser held in their son’s name. The men’s and women’s swimming and diving programs at Carleton College put together the inaugural one shortly after Ted’s death. Other colleges in Carleton College’s conference (Minnesota Intercollegiate Athletic Conference) got involved. So did schools from the New England Small College Athletic Conference; Ted’s younger brother, Evan, attended NESCA member school Colby College in Waterville, Maine.

“The ‘Hour of Power’ has expanded to other sports,” Rick Mullin says. “I heard a college baseball team spent an hour working hard on base running.”

“Coaches and teammates admired Ted’s qualities, his leadership abilities,” Rick Mullin says. “He was also fun to be around. He had a good sense of humor … a pretty dry one.”

For eight years Ted was a volunteer swim coach at Old Willow Club in Glenview. He also coached swim club members in Winnetka and Evanston. One of his charges was distance freestyler Christine Ryan (NTHS, ’14), now a freshman swimmer at Georgetown University.

“Ted was so good at motivating kids to want to be better swimmers,” says Ryan’s mother, Jennifer Lind, a New Trier Swim Club parent volunteer. “He just didn’t teach swimming; he taught perseverance. Swimmers learned life lessons from Ted. Kids faced challenges in the pool, and that then helped them take on other challenges, like learning how to drive stick shift, like learning math.

Mullin learned of his cancer diagnosis in 2004, more than two years before his death. He co-captained two “Relay for Life” events in 2005 and 2006. He continued to teach starts, strokes, flip turns. He stayed positive. He inspired countless kids in water — and on land.

“His spirit was always so bright, and it was truly infectious,” says Adams, who executed flip turns for four NTHS teams. “Knowing I would be coached by Ted, when I was little, really made me want to come to practice rather than feel I had to attend.

“On a bulletin board above my desk is a prayer card I received at Ted’s funeral. It reminds me of the type of person I want to be, and it also makes me feel grateful to have gotten the chance to know Ted.”