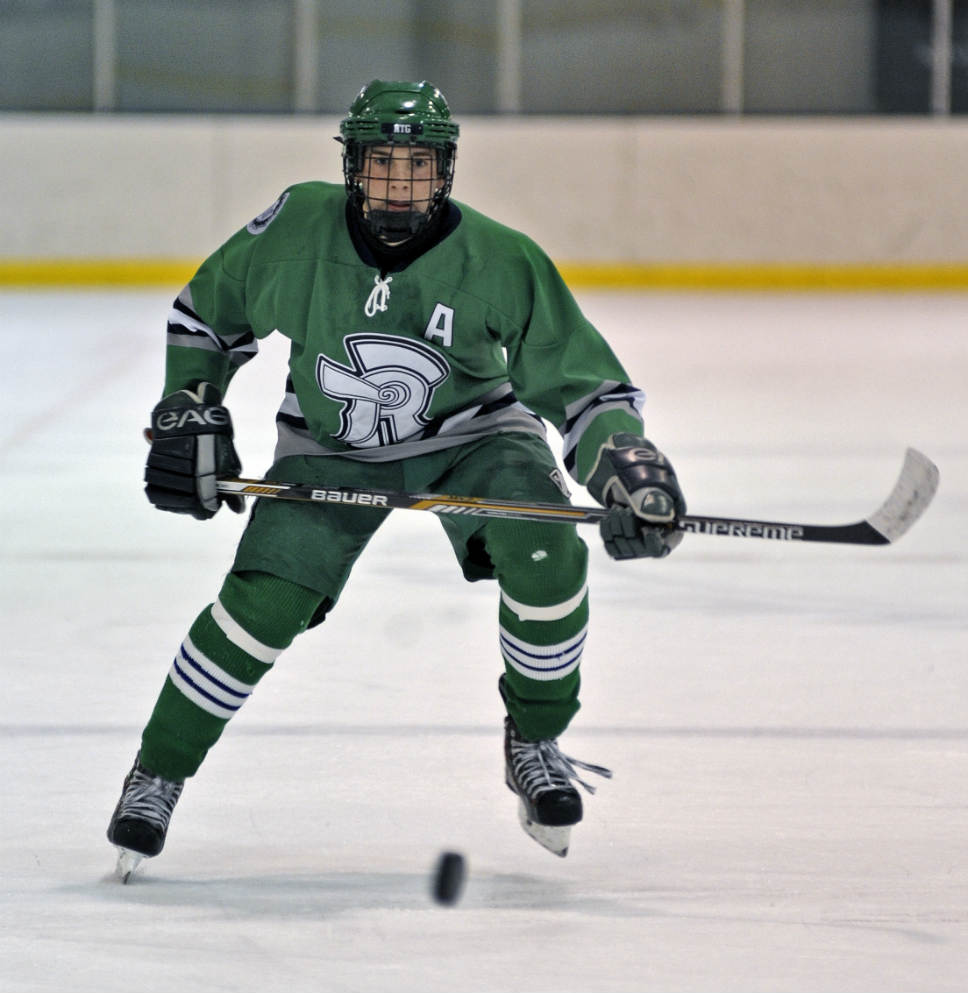 The paychecks never came. Jack Dolby essentially waited for them as a seventh-grader, as an eighth-grader. He played AAA hockey. Hockey was fun before his AAA days. Hockey was a blast.

The sport steadily devolved into something else for Dolby.

“It felt like a job,” recalls Dolby, now a New Trier High School senior. “It wasn’t fun. There was pressure to succeed in AAA hockey. I felt the pressure.”

Dolby played in three state championship games at the AAA level. His teams lost all three. Before his sophomore year at NTHS, the defenseman from Winnetka found a different hockey path. He took it.

He never looked back.

“There was less pressure, but I still pushed myself to succeed,” the 6-foot, 175-pounder says. “I wanted to push myself. I wanted to be the best hockey player I could be. What a great atmosphere, hanging out with the seniors on that team. They were great roles models. They helped shape me. They always believed in me.

“I don’t have an older brother. Those seniors mentored me.”

Dolby emerged as Green’s No. 2 defenseman in his rookie high school season of 2012-13. NT Green reached the state high school championship at the United Center. Another winter, another shot at a state title.

NT Green won. Dolby improved to 1-3 in state championships. He became a two-time state champion when NT Green defeated Glenbrook North in the final for the second year in a row last winter. The all-Scholastic Hockey League and all-state teams were announced. Dolby made both.

More honors rained on Dolby in torrents this past winter. He earned all-state honors. Again. He earned all-SHL honors. Again. NT Green’s alternate captain also made the 2015 Blackhawk Alumni Association (BHAA) All-Star Team. Only five other players in the state made it, including NT Green senior goaltender Jack Junge, a repeat pick.

Dolby sat with his parents, John and Traci, at a table at the BHAA All-Star banquet. Also at the table was a player with an odd last name: Toews. His first name is Jonathan. He suits up for a certain team that plays all of its home games at the United Center.

“My dad is a huge Blackhawks fan,” Dolby says. “Huge. He was asking Toews all kinds of questions. He wanted to know the guys he likes to hang out with after games. He wanted to know what he thought of the city. I talked hockey with him. That was surreal, being at the same table with Jonathan Toews, sitting next to him.

Toews’ table neighbor ranked fifth among NT Green players in points in 2014-15, scoring 19 goals and providing 30 assists for a state semifinalist (52-10-3). Coach Bob Melton deployed Dolby at the top of his power play unit. Dolby impacted games at both ends of rinks.

“Jack is great kid, one of my favorite kids on the team,” Junge says. “He was a great leader for us. He’s really fast, with a great shot. And he’s a really, really good skater. I’d say he was the best skater on our team. That’s important, having a skater like Jack in front of a goaltender. I certainly appreciated what he did for me back there, what he did for us. I trusted him whenever he had the puck.”

New Trier Green trailed New Trier Blue 3-1 after two periods in a state quarterfinal last month. Little brother was startling its big brother in a big game. Some things had to be said during the intermission. Dolby said some things to his teammates.

“He played a big role in lifting our spirits and turning around our attitudes [before the start of the third period],” Junge recalls. “Jack knew how to get his teammates pumped up.”

Dolby backed up his words big-time, scoring the game-tying goal in Green’s 4-3 victory.

Dolby’s family is one with a football bent. He was supposed to complete powerful runs, not run power plays. His mom’s father was Brian Piccolo, a former Chicago Bears running back and the centerpiece of that iconic, moving football flick, “Brian’s Song.”

Dolby stuck with hockey when he enrolled at New Trier. It had been a major commitment for many years. The puck trumped the pigskin. Dolby still loved hockey, despite his disillusion with AAA hockey.

“I remember the first time we played Glenbrook North in my sophomore season,” says Dolby, who plans to major in business at Miami (Ohio) University and is thinking about trying to make the school’s Division-I hockey team as a walk-on. “Friends of mine had told me, during the week, they were planning to come to the game. I thought 20 people would be there. More than 20 showed up, way more than 20. That place was packed, sold out. It was an incredible atmosphere. 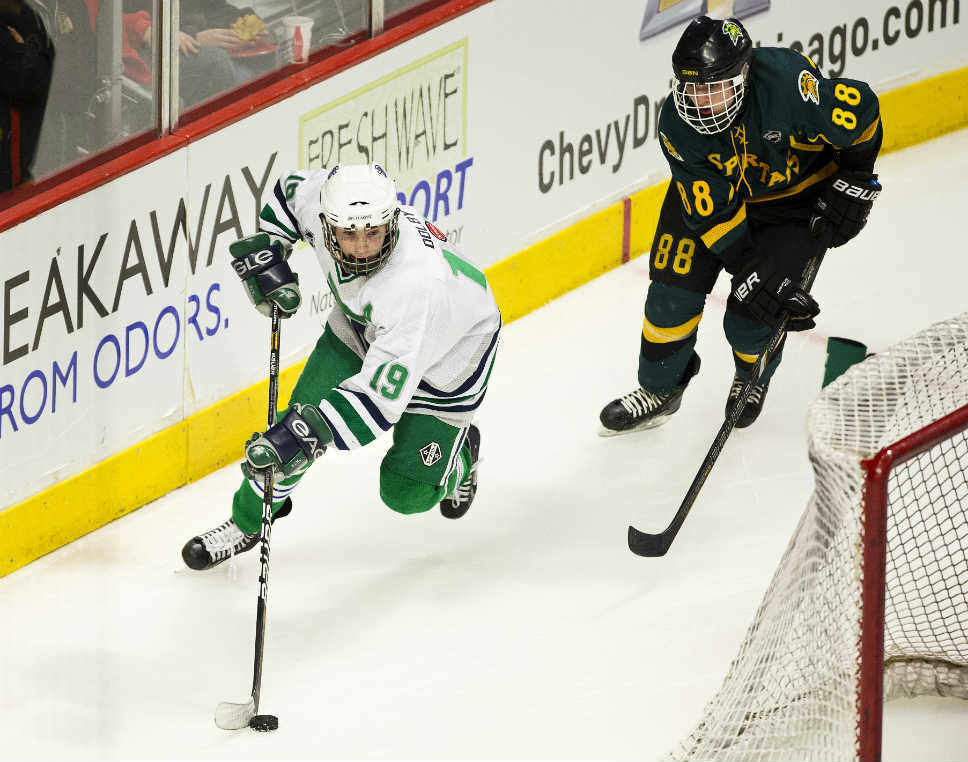 Jack Dolby (No. 19), seen here in last year’s state championship game at the United Center, was a two-time all-stater for NT Green. Photography by Joel Lerner