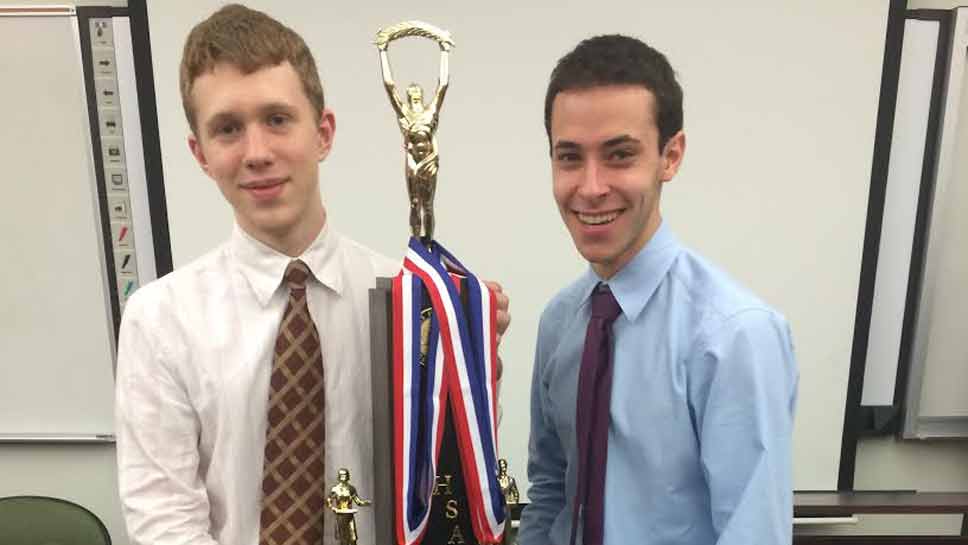 At the Varsity IHSA state tournament in Policy Debate, Glenbrook North earned its fifth state title in the past six years as senior Ryan Spector and junior Anthony Trufanov beat out their competition and won first place.

GBN was the only school to have students make elimination debates in all the events they entered.

“I’m incredibly proud of our students, we collectively developed a game plan and they executed it flawlessly,” said debate coach Mike Greenstein. “We were not the favorite to win going into the tournament, but our students won because they out-worked and out-prepared our opponents. It takes the effort of the entire team to win a state title.”

GBN Debate will continue on to compete at the National tournament in June.