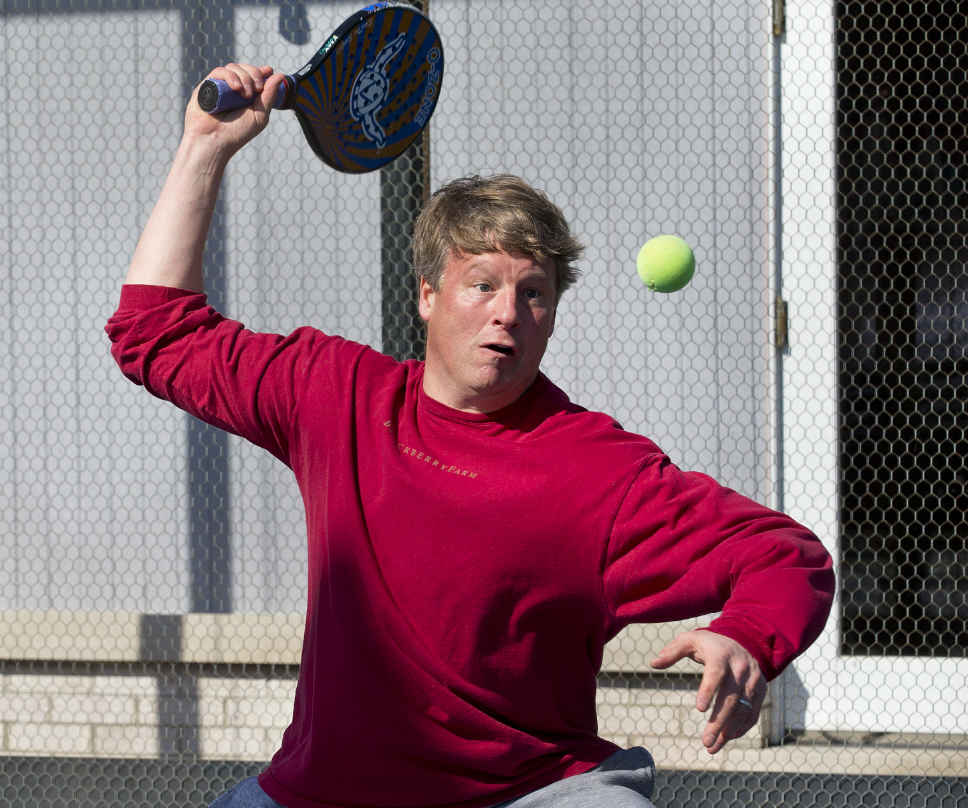 Lefty Alex Bancila scraped up his left arm something fierce. Righty Brian Uihlein strained a calf muscle that had been tender.

The men’s doubles partners — Bancila lives in Lake Bluff; Uihlein starred for Lake Forest High School tennis teams in the 1980s — sustained both injuries at about the same time, as they battled in a Round of 16 match at the American Platform Tennis Association (APTA) Nationals earlier this month at Glen View Club in Golf.

“It was kind of a bummer,” the 39-year-old Bancila recalls. “We had great momentum going for us before we both went down.”

The 14th-seeded pair finished the match but had to default a consolation-round match on March 7.

Bancila and Uihlein each had another regular doubles partner three year ago when they decided to compete in a tournament in Indianapolis. They won it.

They started playing together regularly this year. The event at Glen View Club was their fourth of 2015; Bancila-Uihlein fell to top-seeded tandems at the first three tourneys.

“Platform tennis is an addictive sport,” says Bancila, speaking for countless other enthusiasts of the winter sport (also called paddle). The platform tennis community on the North Shore is small, but it’s a passionate community, an extremely passionate one.

“The Chicago area,” he adds, “is a platform tennis hotbed.”

Uihlein, a 2008 national doubles champ, is considered an innovator among paddle cognoscenti, locally and nationally. He cut spin shots that had never been struck in the sport.

“Players,” Bancila says, “have been copying his spin shots for years.”

Shpiz topped the state tennis singles field in 1992, when she was a New Trier Trevian named Wendy Fix.

“If you’re a tennis player, you already have a foundation for playing platform tennis … and playing it well,” says Bancila, who grew up in Bucharest, Romania, and lived in New York from 1996-2010 before moving to the North Shore. “It’s a great sport. It’s a social sport. It’s also a great winter activity for areas that lack outdoor options in the winter.”

Notable: Chelsea Nusslock — a Lake Forest High School graduate who placed fourth in singles at the 2003 state girls tennis meet — and Western Springs resident Mary Doten finished second in women’s doubles at APTA Nationals in Golf on March 8. Several other entrants with North Shore ties fared well in the men’s and women’s doubles draws: Wilmette’s Ben McNight/Winnetka’s Pete Rose (quarterfinalists); Lake Bluff’s David Ohlmuller (Round of 16, with Mark Johnson of Libertyville); Glenview’s Paget Neave (Round of 16, with Adam Morgan of Mundelein); Lake Bluff’s Dane Schmidgall (Round of 16, with Northbrook’s Mike Marino); Winnetka’s Scott Bondurant (Round of 16, with Casey Watt of Pittsburgh); Lake Bluff’s Marina Ohlmuller (Round of 16, with Andrea Noyes of New Jersey); Lake Bluff’s Kelly Rohrbach (Round of 16, with Downers Grove’s Suzanne Lemery); and Lake Forest’s Ania Kazakevich (Round of 16, with Ohioan Heather Prop). … Before the start of APTA Nationals earlier this month, Region 5 (players from the North Shore) finished runner-up to a New England contingent in a team event on March 5. … Bancila, on local platform tennis facilities. “The Chicago area, in my opinion, is one of only three locations in the country capable of hosting a national tournament. The others are in New Jersey and Connecticut. The Chicago area always does a phenomenal job when it hosts nationals.” … Glen View Club is home to six paddle courts. 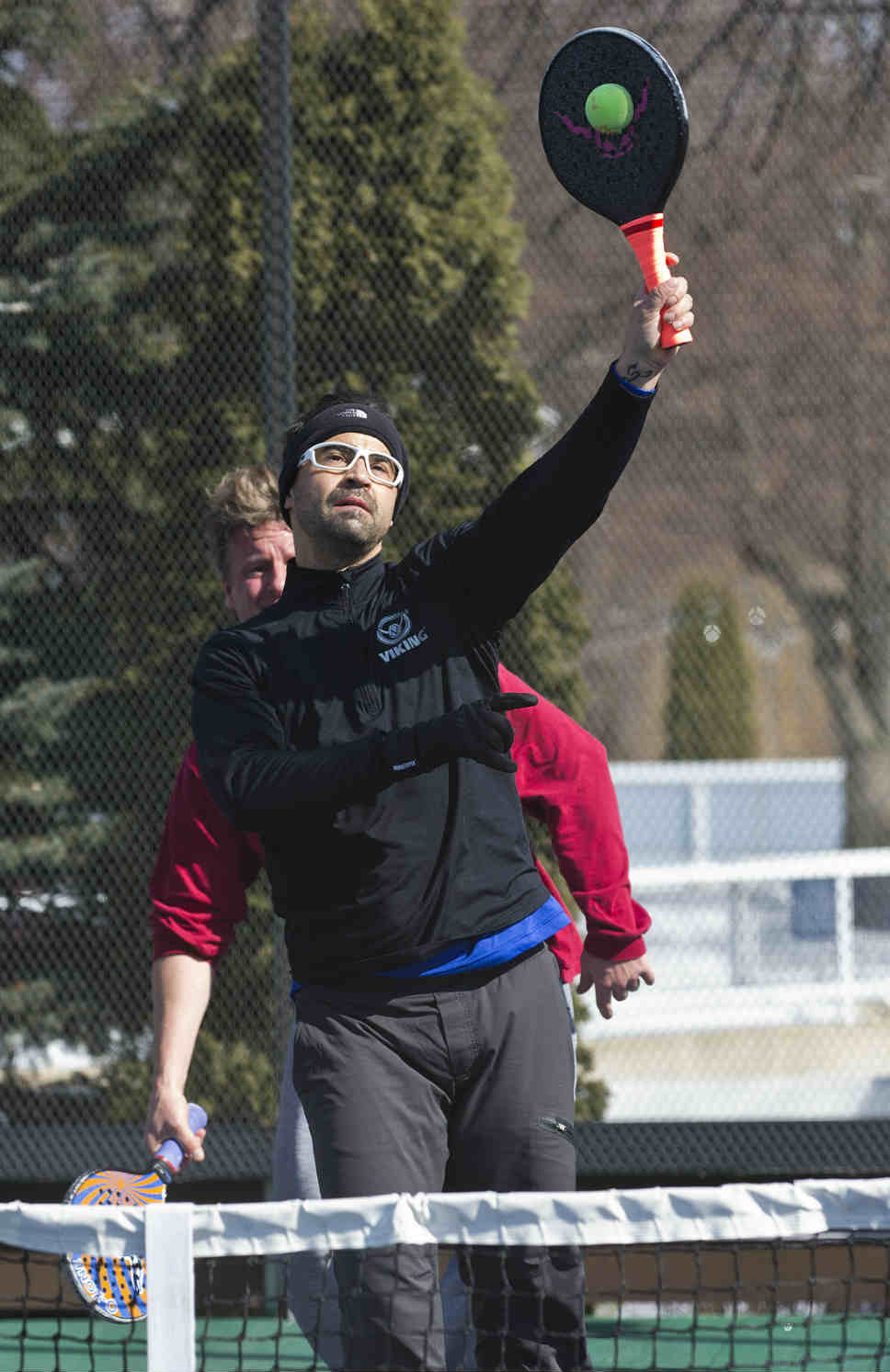