The Lake Forest Soccer Association U13 Girls Select Team, which won a state championship last year, continues to play at a high level. 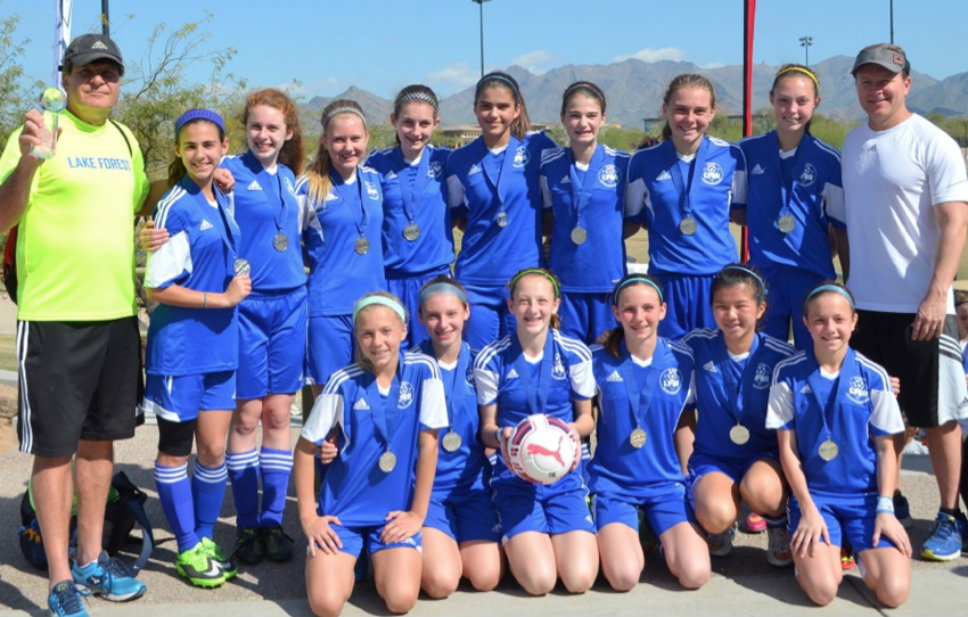 In the prestigious SC del Sol PDT Tournament, which was held recently in Phoenix, LFSA took runner-up honors in the elite Red Division. The team lost a 1-0 decision to AZ Arsenal in the final. AZ Arsenal is ranked No. 1 in the nation.

Due to injuries, the Scouts sent only 14 players to the tournament. They ended up 2-0-1 in pool play.

And, in the other pool game, LFSA tied Rush Soccer-SPI 1-1. Killoren scored the team’s lone goal.

The Scouts lost two more starters before the championship game versus AZ Arensal. LFSA gave up the game’s only goal on a corner kick set play in the first half.