On the eve of International Women’s Day, the sixth grade class of Maple School is helping to make a difference for women around the world through a service project that teaches them about the effects of micro finance to fight global poverty. Each student contributed just $1 to a collective pool of $150 that was donated to nonprofit organization Kiva, which provides lending capital to help fuel entrepreneurs in the most vulnerable areas.

“By leveraging the Internet and a network of worldwide micro finance institutions, Kiva allows individuals and groups to lend just $25 to help create opportunities and empower people around the world,” said a company mission statement. “We believe providing safe, affordable access to capital to those in need helps people create better lives for themselves and their families.” 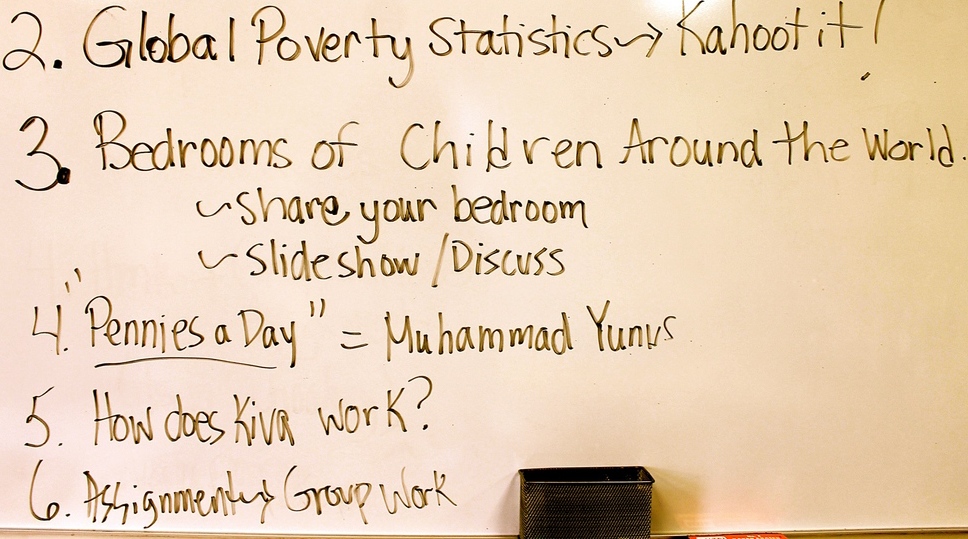 Students at Maple learned about the effects of global poverty.

The project was the idea of social studies teacher Mary Norquist and District 30 educational consultant Joann Roler who kicked off the activities on February 24.

Throughout that week, students learned about global poverty, economics, credit and how small loans can change lives for the better.

“As my students study ancient cultures, they have come to realize that people in the world continue to be plagued by age-old social problems such as slavery, war, corruption and poverty,” said Norquist. “They are concerned about these issues, and they are motivated to take the next step to learn more about the specific issue of global poverty and how they, as global citizens, can take action to make a lasting change in the world.”

During one class period, the students saw a film that featured children’s bedrooms from around the world. This was followed by a discussion of the similarities and differences between their bedrooms and, for example, a young person’s bedroom in rural Africa. Norquist emphasized that she wants her students to learn that resources and opportunity make a difference in the world and that they are capable of touching the lives of individuals in need worldwide. 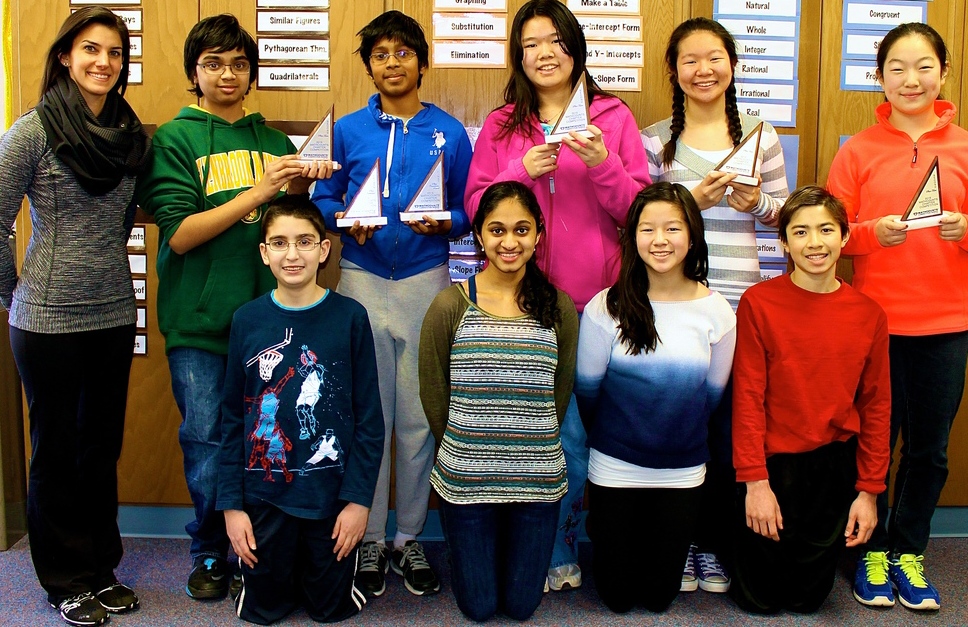 A group of Maple students placed second at a Mathcounts competition.

Another group of Maple School kids are also making news after placing second in the MATHCOUNTS competition held February 21 at the College of Lake County—a program that combines math coaching and competition to address the problem of declining math skills among U.S. students.

The Maple team of Sivabalan Muthupalaniappan, Michael Klyachman, Catherine Mei and Britney Sun have been preparing with teachers since the fall and competed against 148 students from across Lake and McHenry counties in the regional finals on topics such as probability, statistics, linear algebra and polynomials. Muthupalaniappan also won first place in a fast-paced, timed verbal Countdown Round.

The winning teams and individuals received awards in recognition of their achievement and will advance to the State Competition in Lisle on March 7, and the Top Four individuals at the state level will represent Illinois at the national competition to be held on May 8 in Orlando, Florida.